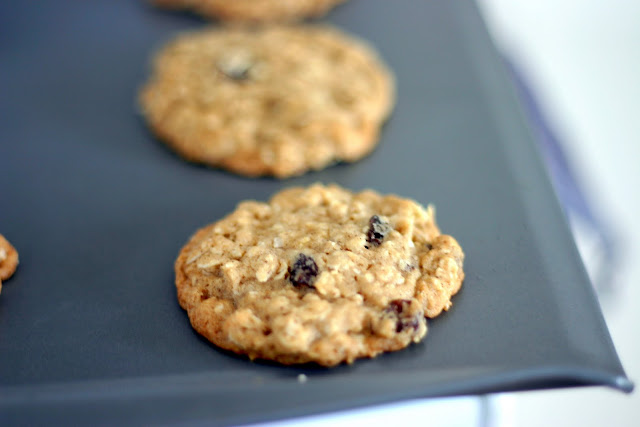 My go-to oatmeal raisin cookie recipe comes from the fabulous Fast Food Fix by Devin Alexander.  It's supposed to be a dup of Subway's cookies, but I'd argue that it's far better.

The biggest change that I had to make was to re-fat this "diet" recipe.  The original used light butter, which has half the calories of regular butter. It's all very well and good when the cookies come out of the oven, but just an hour later, the lack of fat turns the cookies dry and brittle.  Don't get me wrong, light butter is a brilliant thing to use on toast or a baked potato, but in a cookie it's well worth the extra 14 calories per cookie for the real thing. 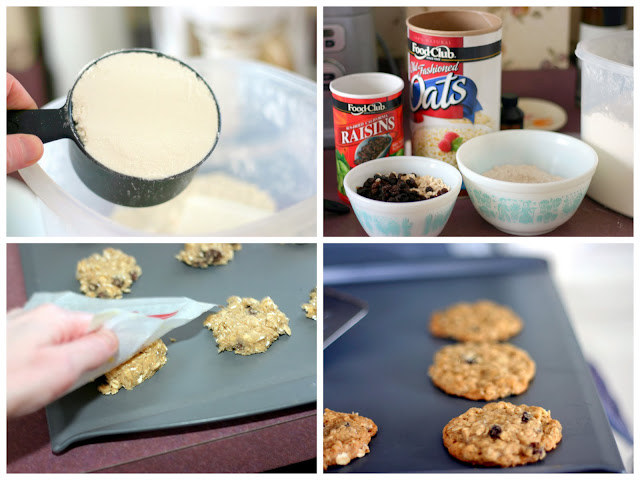 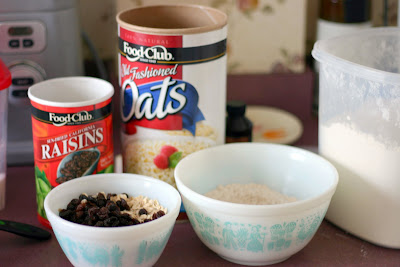 Start by getting the hard work out of the way.  Measure out the flour, cinnamon, baking soda, and salt into a bowl.  Set the oatmeal and raisins aside in another bowl. 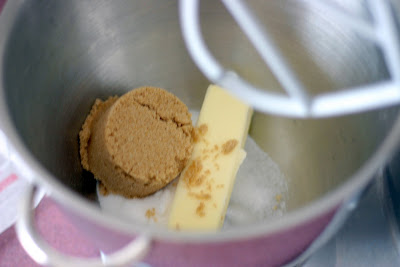 Now it's time to have fun.  Beat the butter and sugars together for two minutes until nice and fluffy. 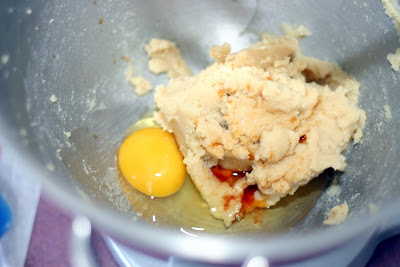 Add the egg and vanilla and beat until combined. 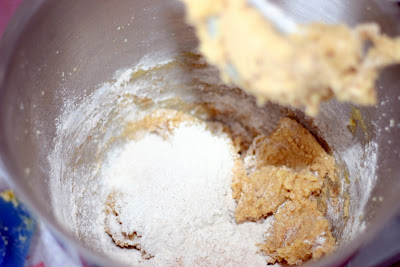 Add the flour in small batches and beat slowly until just combined. 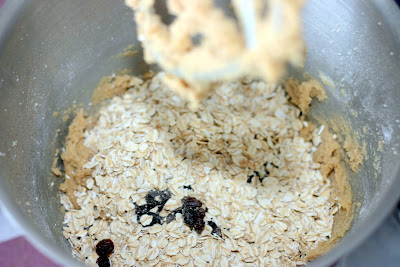 Add the oatmeal and raisins and beat until combined.  At this point, start pre-heating the oven to 350°. 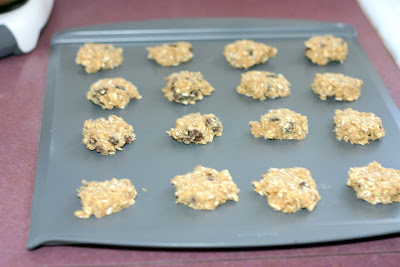 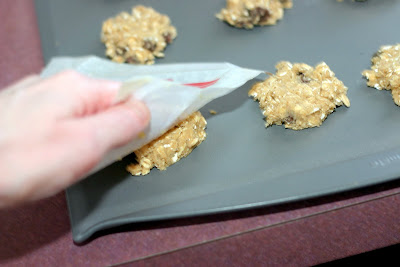 Lightly press down on the cookies to set the shape. 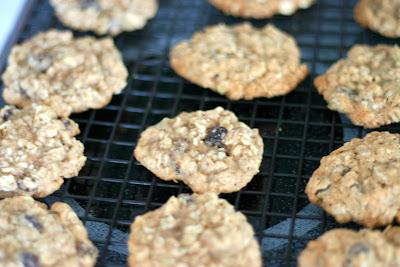 Bake for exactly eight minutes and then check in on the cookies every 30 seconds.  Pull them out and let them sit on the cookie sheet for a minute before sliding them on to a cooling rack. 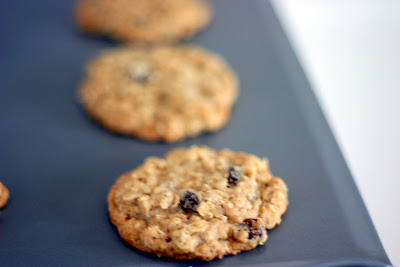