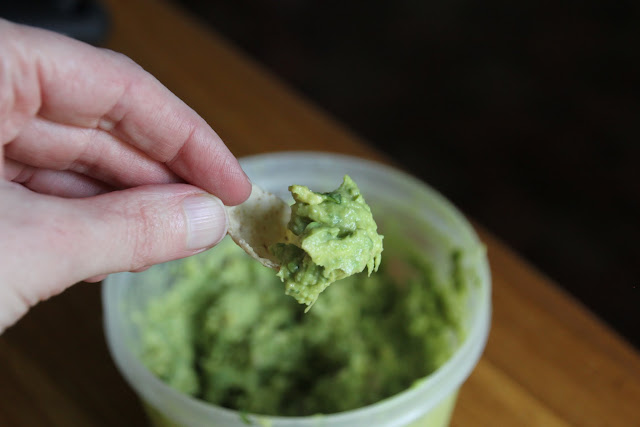 Back in the day, I had a friend who made legendary guacamole.  Her recipe: three avocados and one packet of guacamole mix.  It was fabulous.  The only problem was that I was never motivated enough to figure out how to divide the packet of guac mix to make a batch with anything less than three avocados, so I never made it except for special occasions.

On the other end of the spectrum was time another friend and I scoured the internet for the perfect guac recipe.  Our ultimate selection was "authentic": avocados, onions, tomatoes, garlic, salsa, jalapenos, cilantro, limes...we sliced and diced.  When we were done, I grabbed a tortilla chip and sampled the fruits of our labor.  It was OK.  I figured it would be better after the flavors had a chance to meld...but as the evening wore on, there was no change.  It didn't taste bad, it just tasted like something that didn't have a lot of avocado in it, which is kind of a deal breaker for guac.

So the quest for a go-to guac recipe was stalled until a special someone, who claims that he doesn't like to cook, invited me over for a home cooked meal.  I saw an avocado, onion powder, salt, cilantro, and a sprinkle of lime juice come together in a flash.  The result was pure avocado bliss. 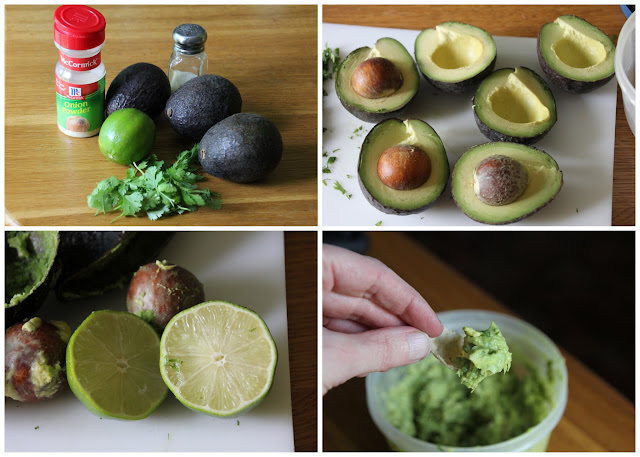 Everything about this recipe is flexible and easy going.  The only required ingredient is the avocado.  Lime juice is nice but not essential.  Cilantro is divine but can be skipped in a pinch.  The quantity can be scaled as needed: for a party, I'll use three avocados.  If I'm solo, anywhere between ½ to one avocado.  You can't go wrong. 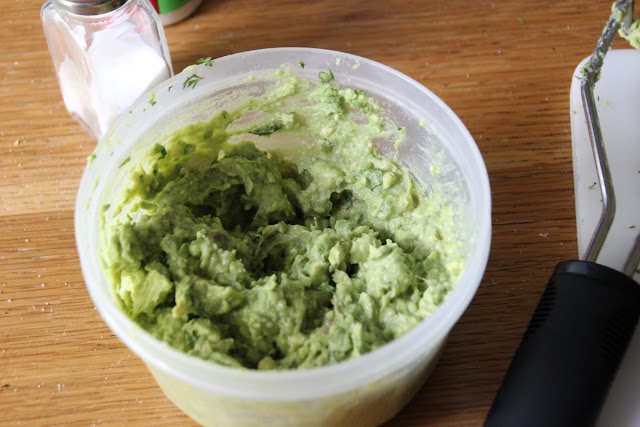 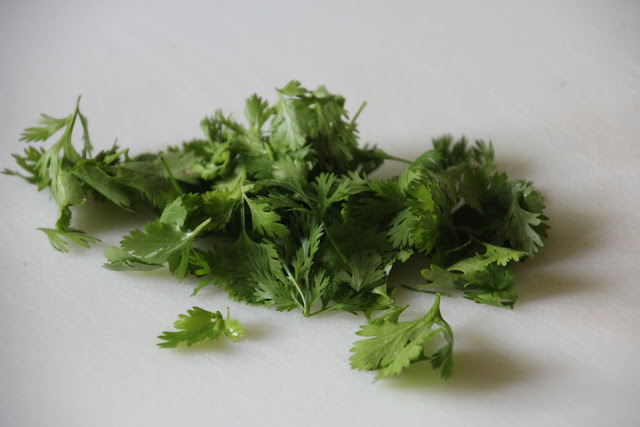 Dice up some cilantro, as much as you want.  For a batch of three avocados, about ¼ cup.  If you're making guac for one, it just takes a few leaves. 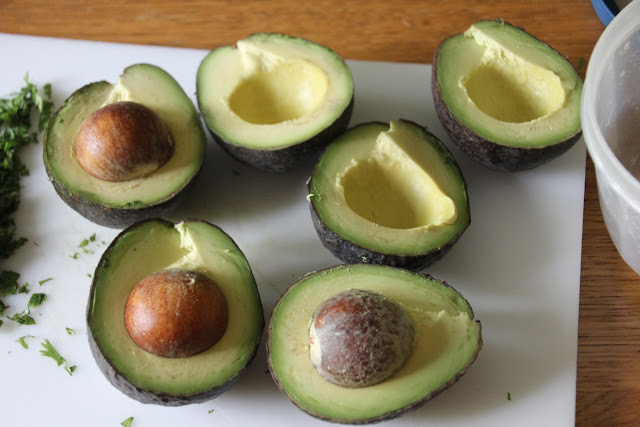 Cut the avocados in half. 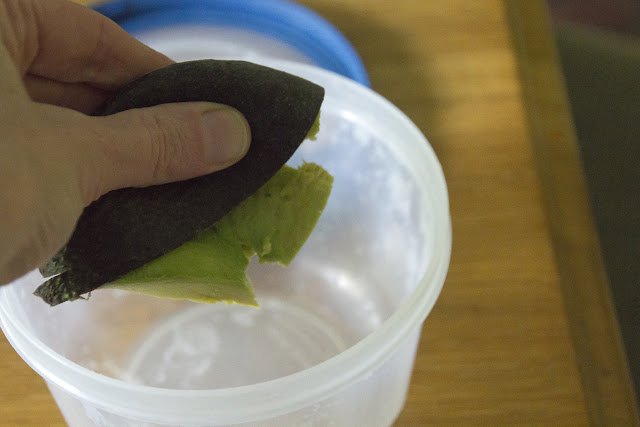 Gently squeeze the avocado out of its shell. 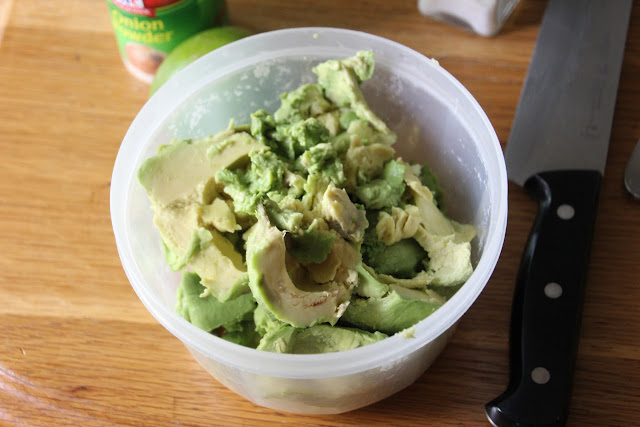 Take a step back to admire the green goodness. 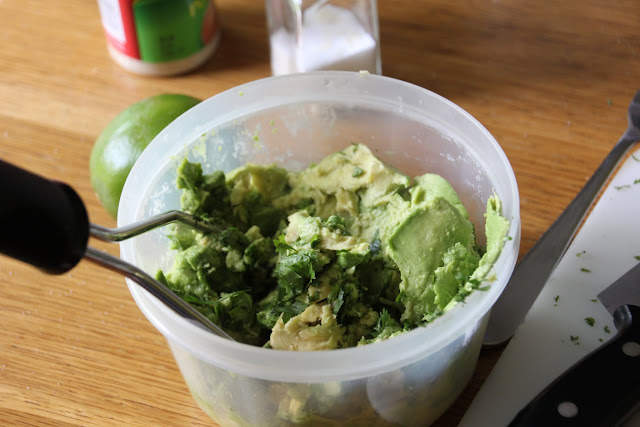 Add in the cilantro and sprinkle with onion powder and salt.  Mash it all together, with the goal of mixing and softening, but don't liquefy the avocados.  Taste and adjust seasonings. 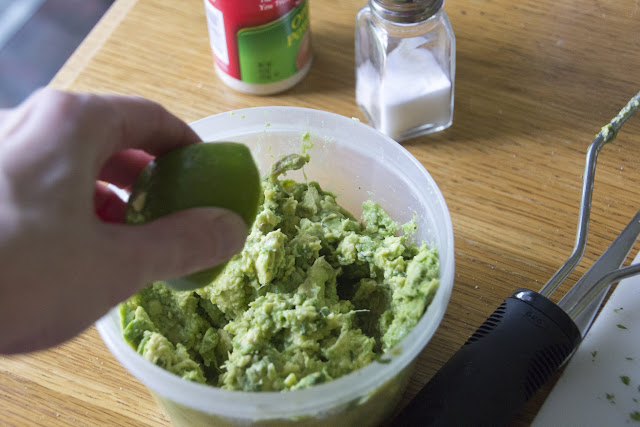 Squeeze in some lime juice, quantity to taste.  Give it a final mash or stir. 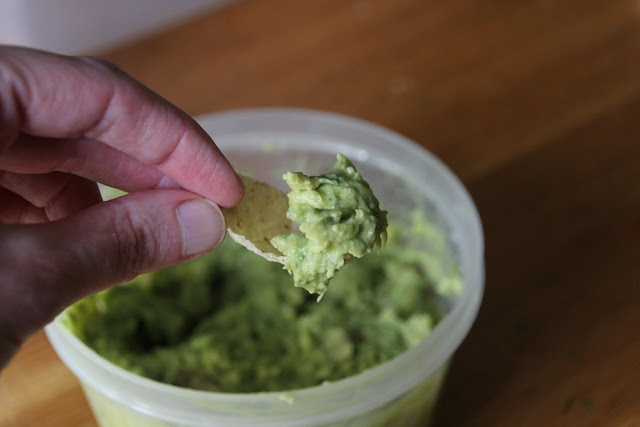