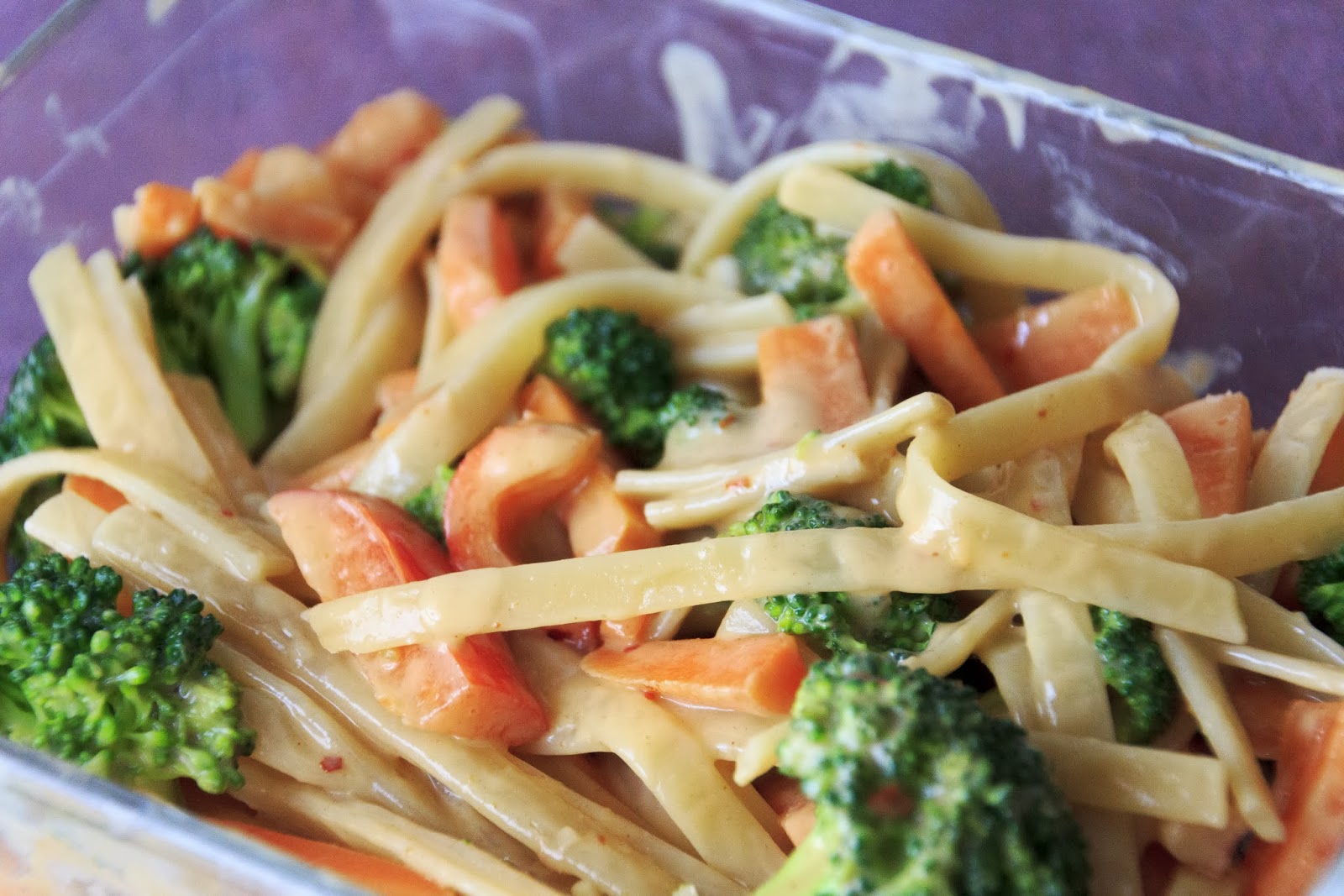 Summer 2013 will live in memory as the summer I decided to take 12 graduate credit hours and lost my mind.  Not the least of my problems is the issue of meals.  My degree program is ranked 34th nationally but does not include a student microwave.  I went in search of portable cold dinners, things that are on the light side, safe to be away from the refrigerator for a few hours, and of course, utterly delicious.

Spicy peanut noodles are a wonderful thing.  They are good hot, they are good cold, and they are good at all temperatures in between. I've chosen an all veggie version to cope with my lack of refrigeration, but chicken or especially shrimp would be a great addition to the awesomeness. 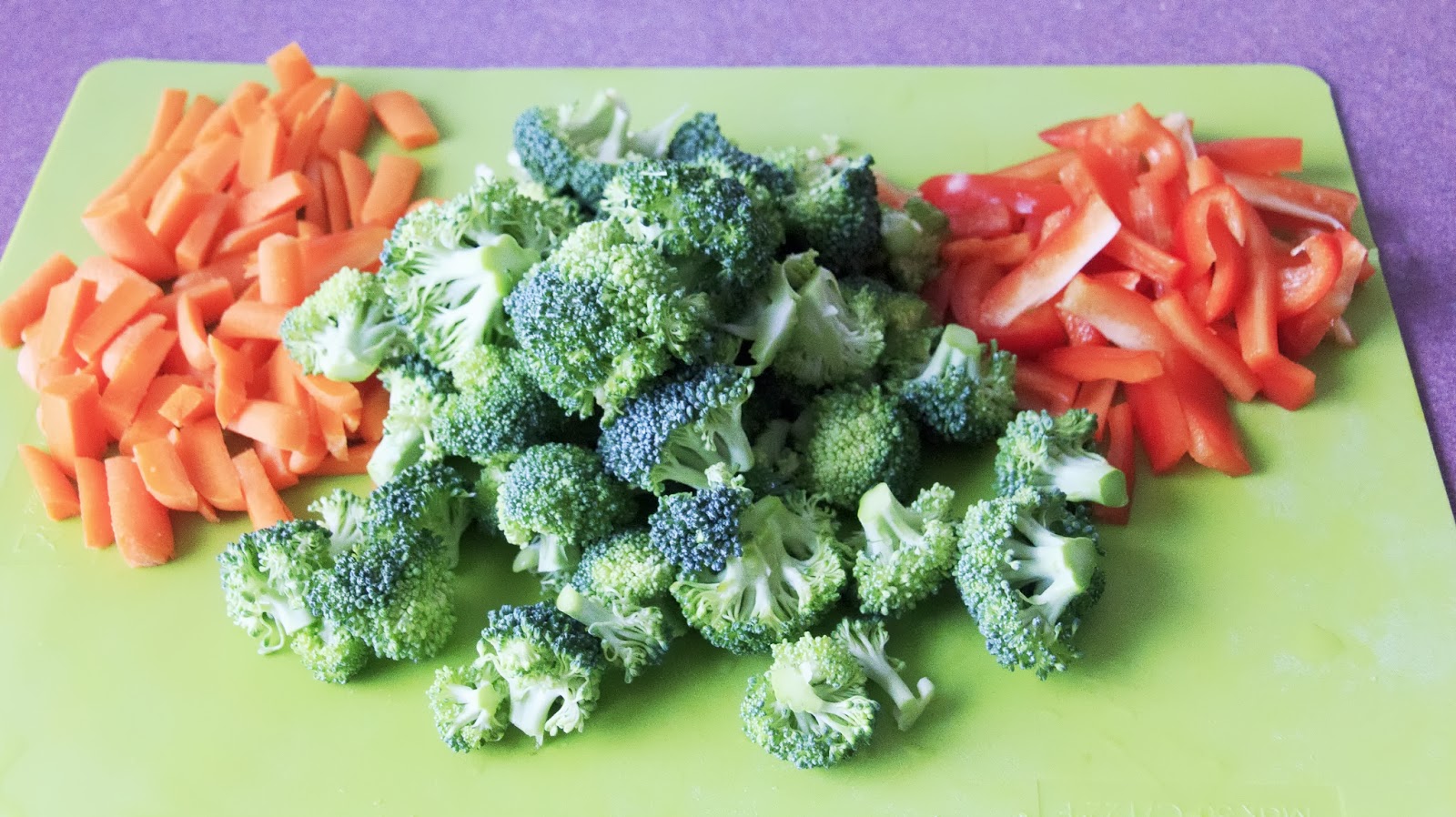 Chop up a bunch of your favorite vegetables into bite sized pieces.  That's "a bunch" of broccoli, two carrots, and half a red pepper, resulting in four cups of raw vegetables. 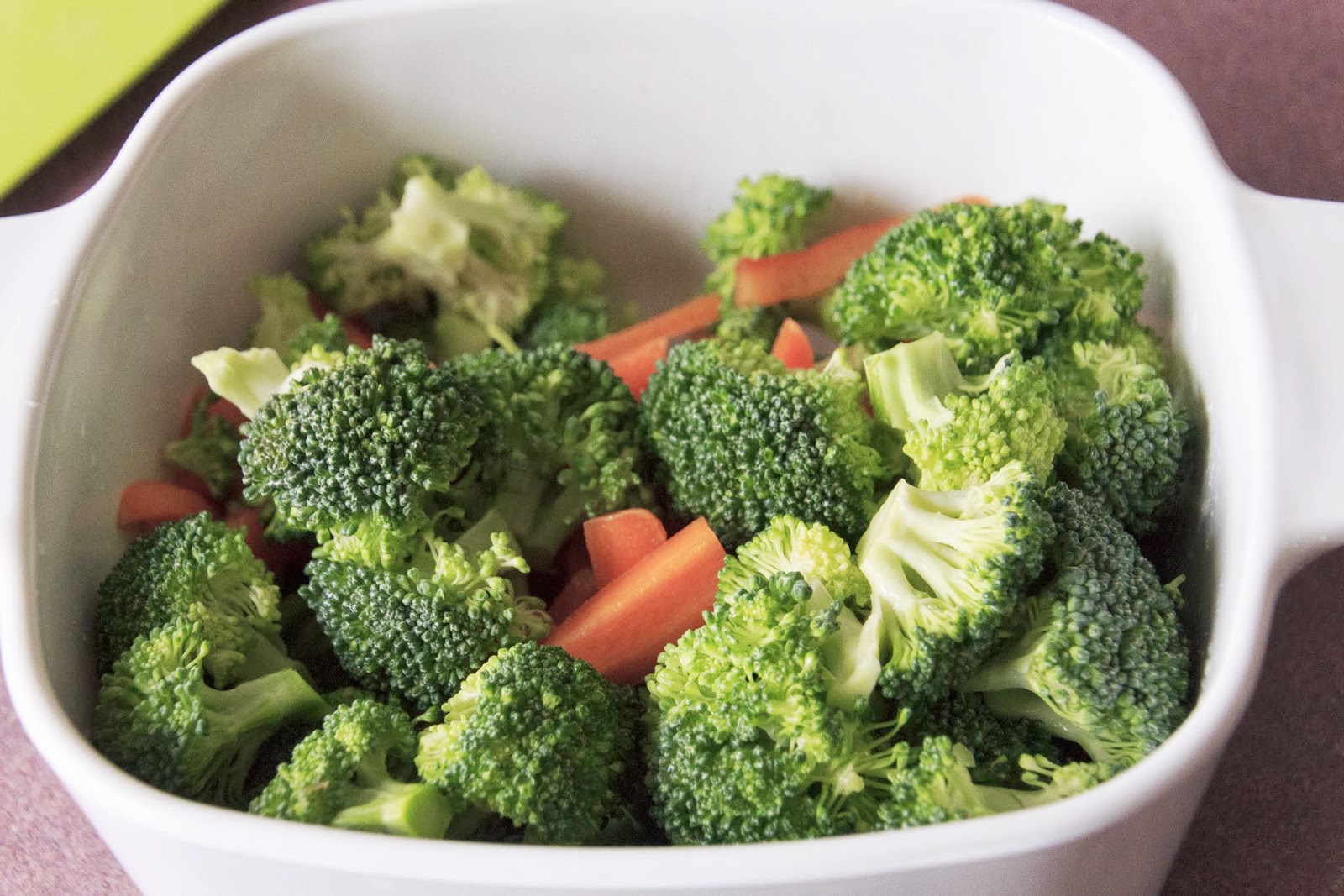 Lightly steam anything that needs it.  I didn't steam the red pepper, since the heat from the broc, carrots, and pasta is all that it needs to cook.  And if you're not familiar with the concept of steaming, it's a fancy way of saying to put the veggies in a covered bowl and run them through the fresh vegetable setting on your microwave.  Err on the side of under cooking, especially if you plan on eating the leftovers. 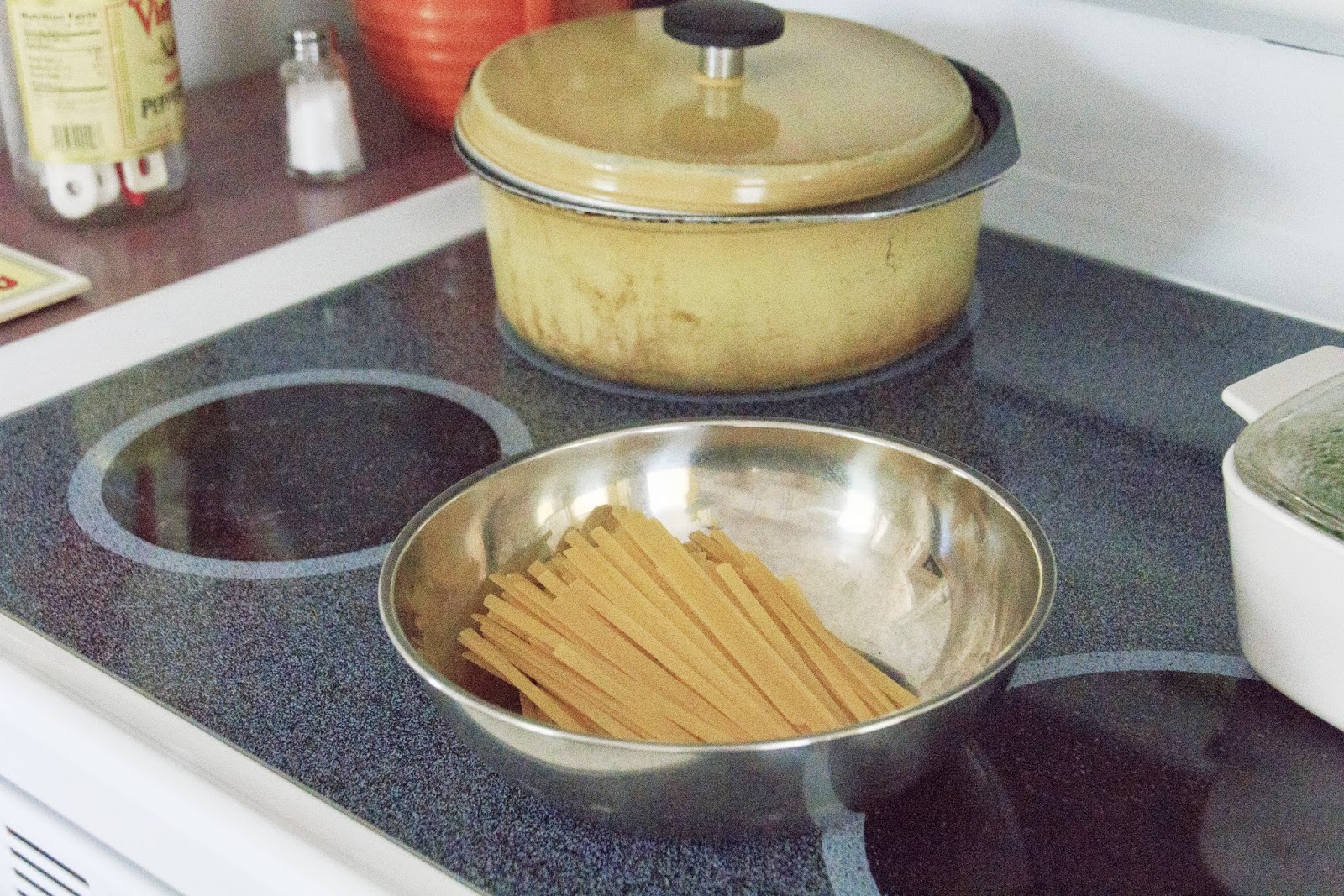 Cook the pasta.  I broke all of the noodles in half for ease of eating. 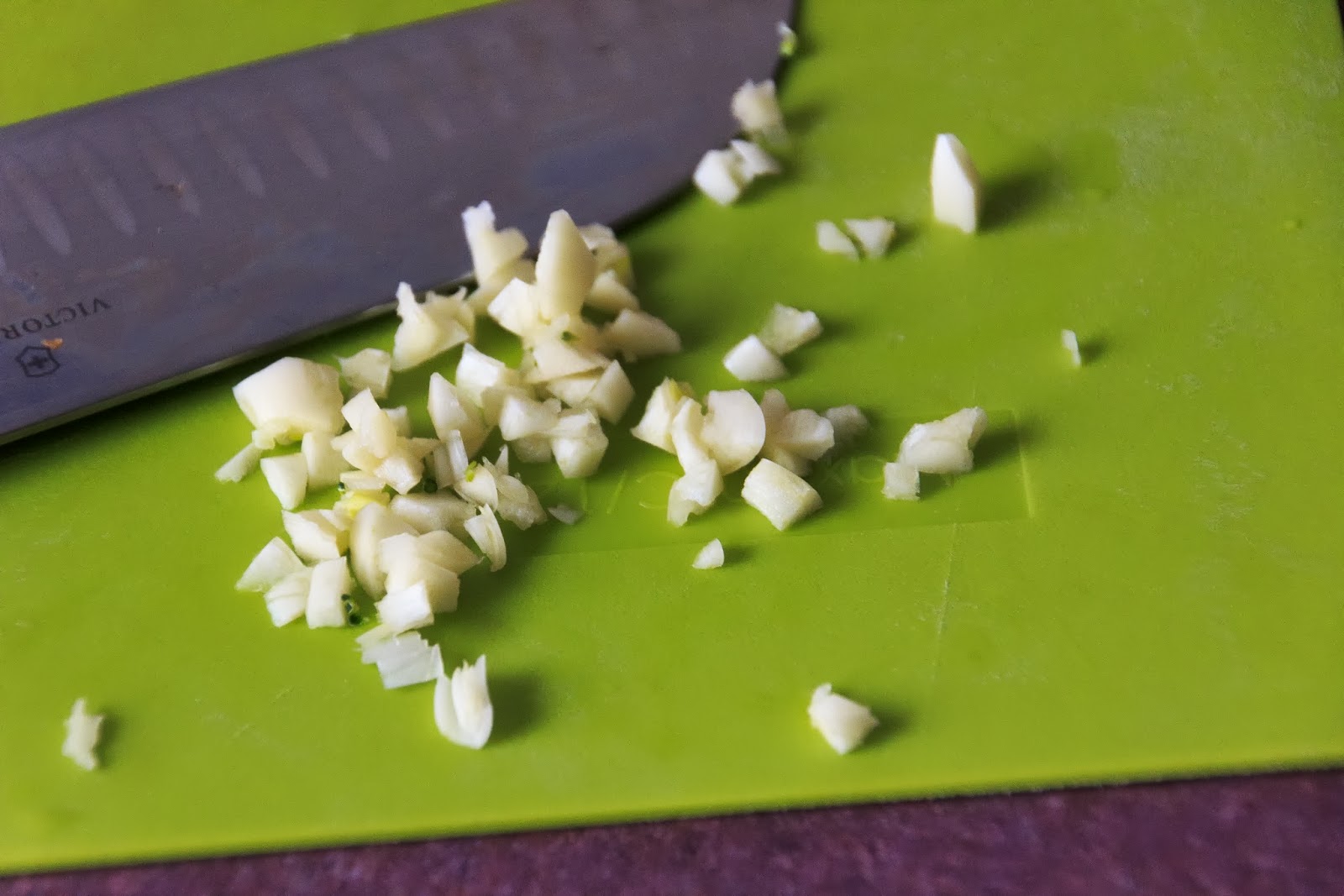 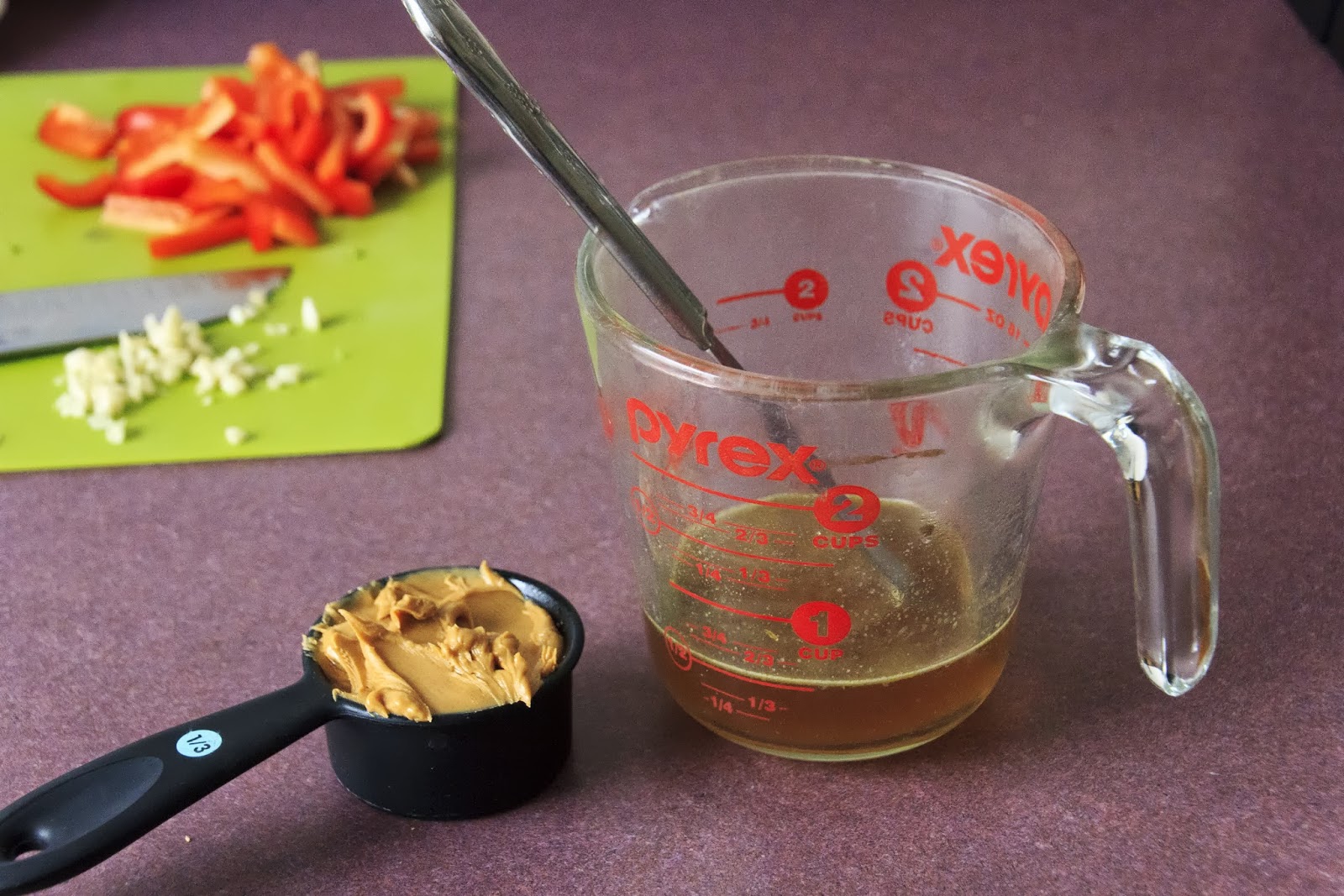 Prepare the sauce.  I greased the measuring cup with cooking spray so that the peanut butter would just slide out instead of having to work for it. 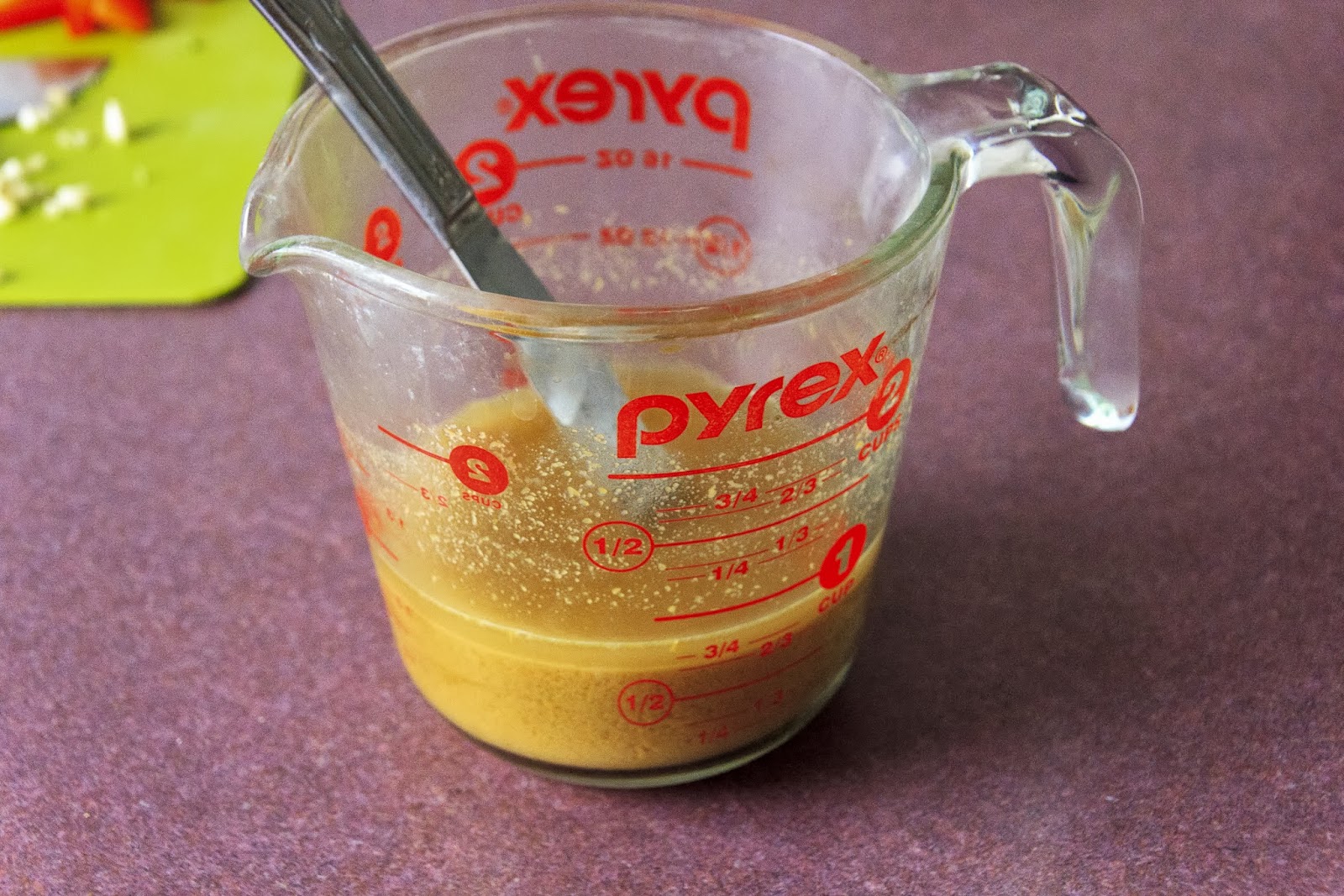 Whisk all of the sauce ingredients together, adding red pepper flakes and a splash of Sriracha. 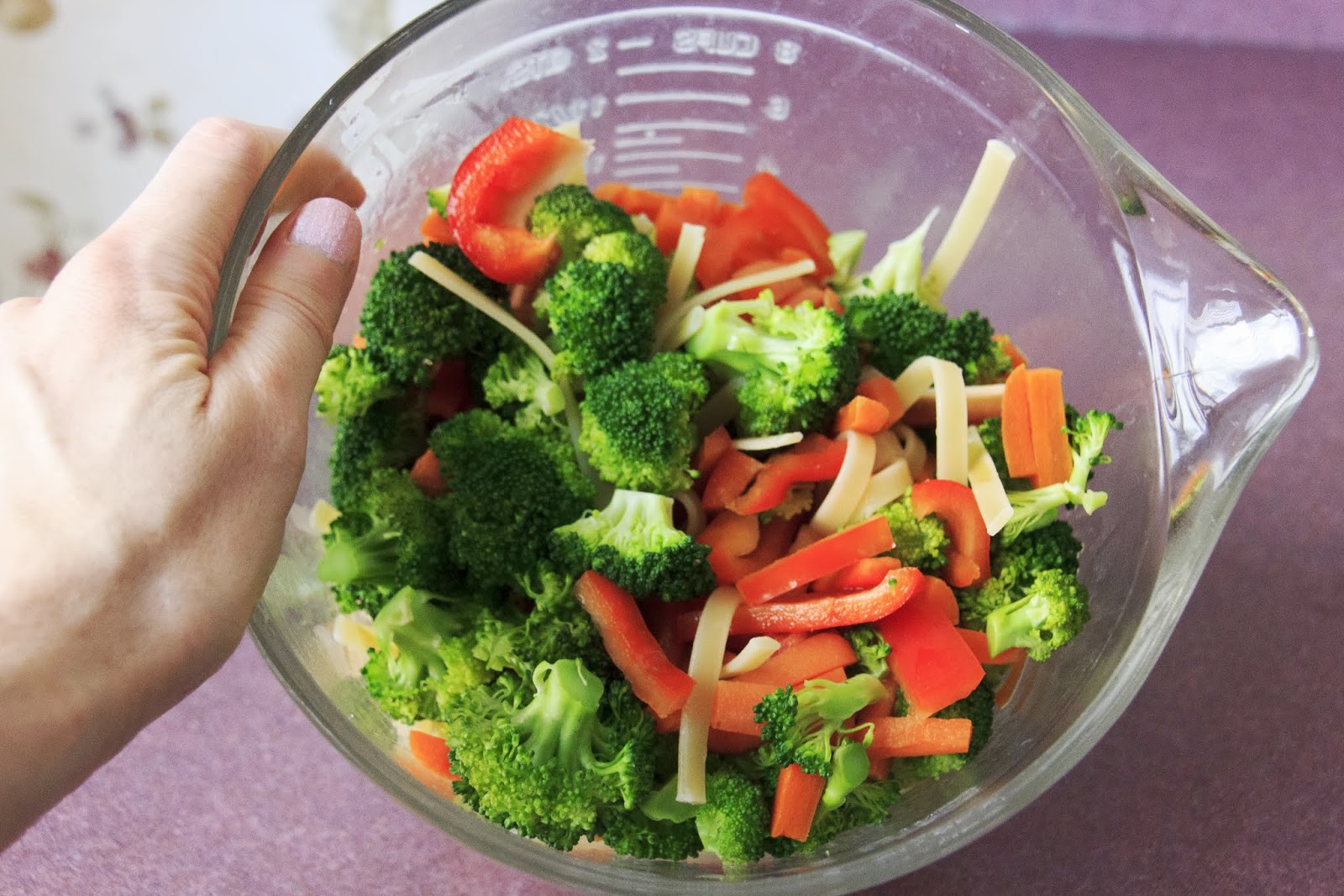 Toss the cooked noodles with the steamed veggies. 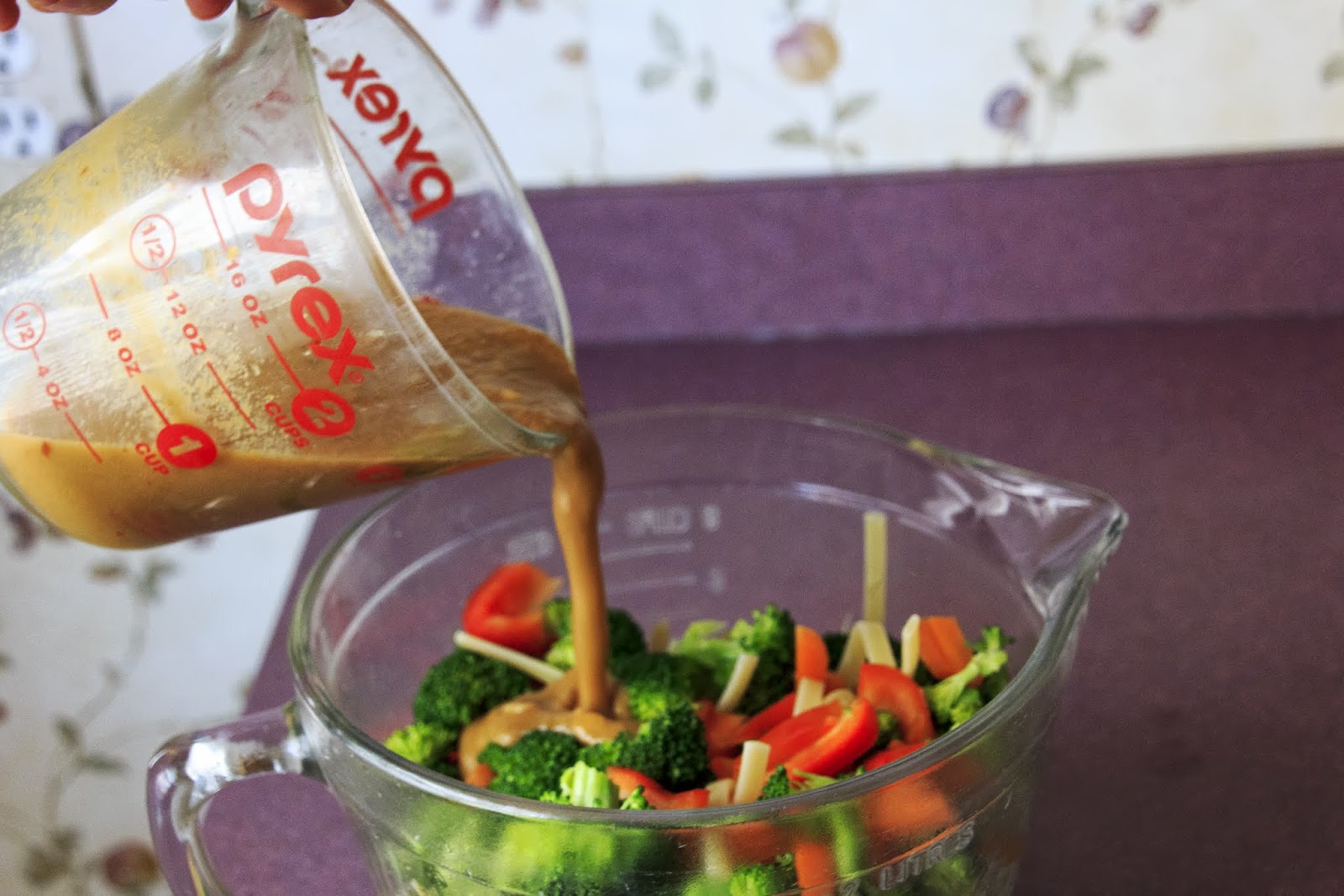 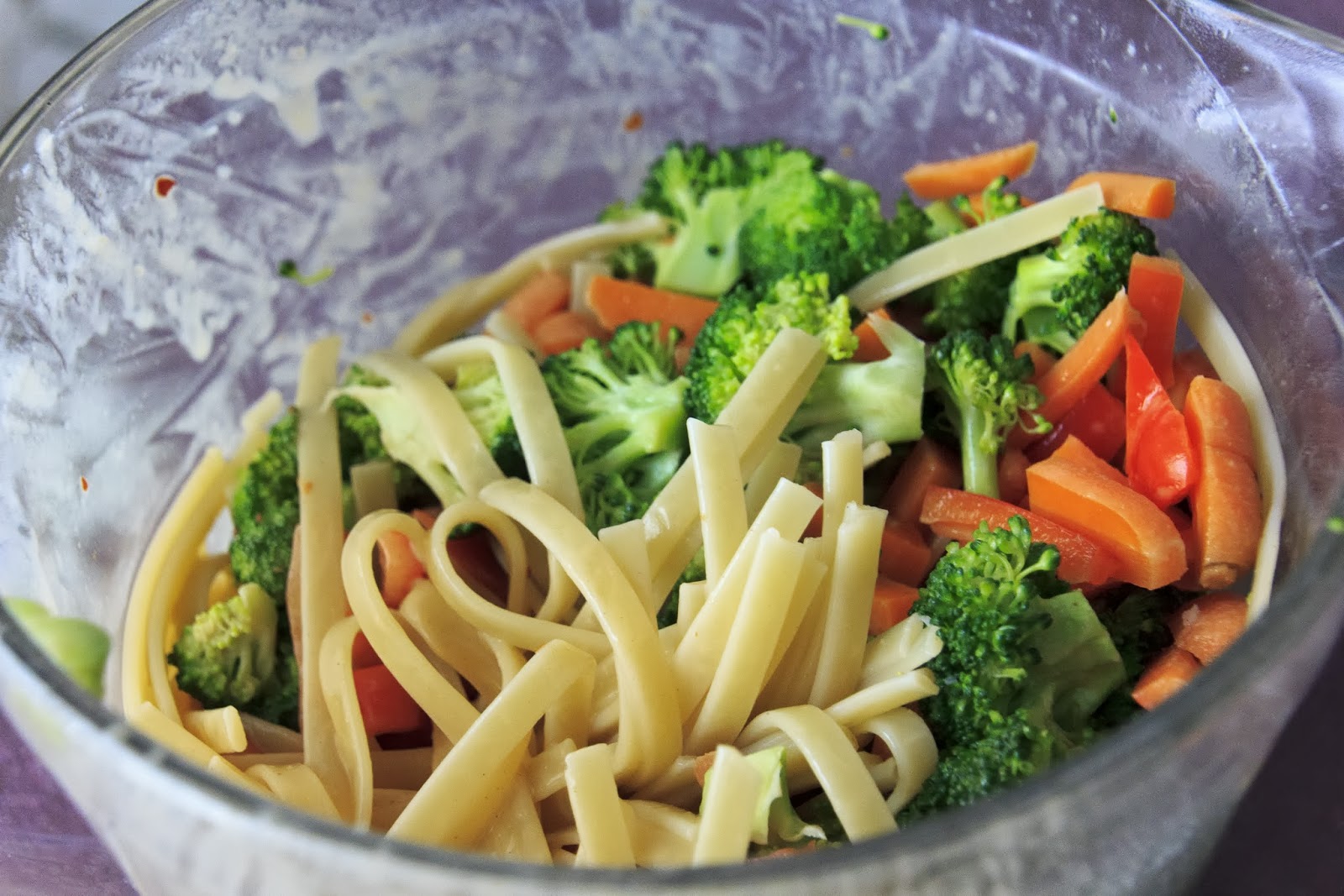 Toss the sauce to coat the pasta and veggies. 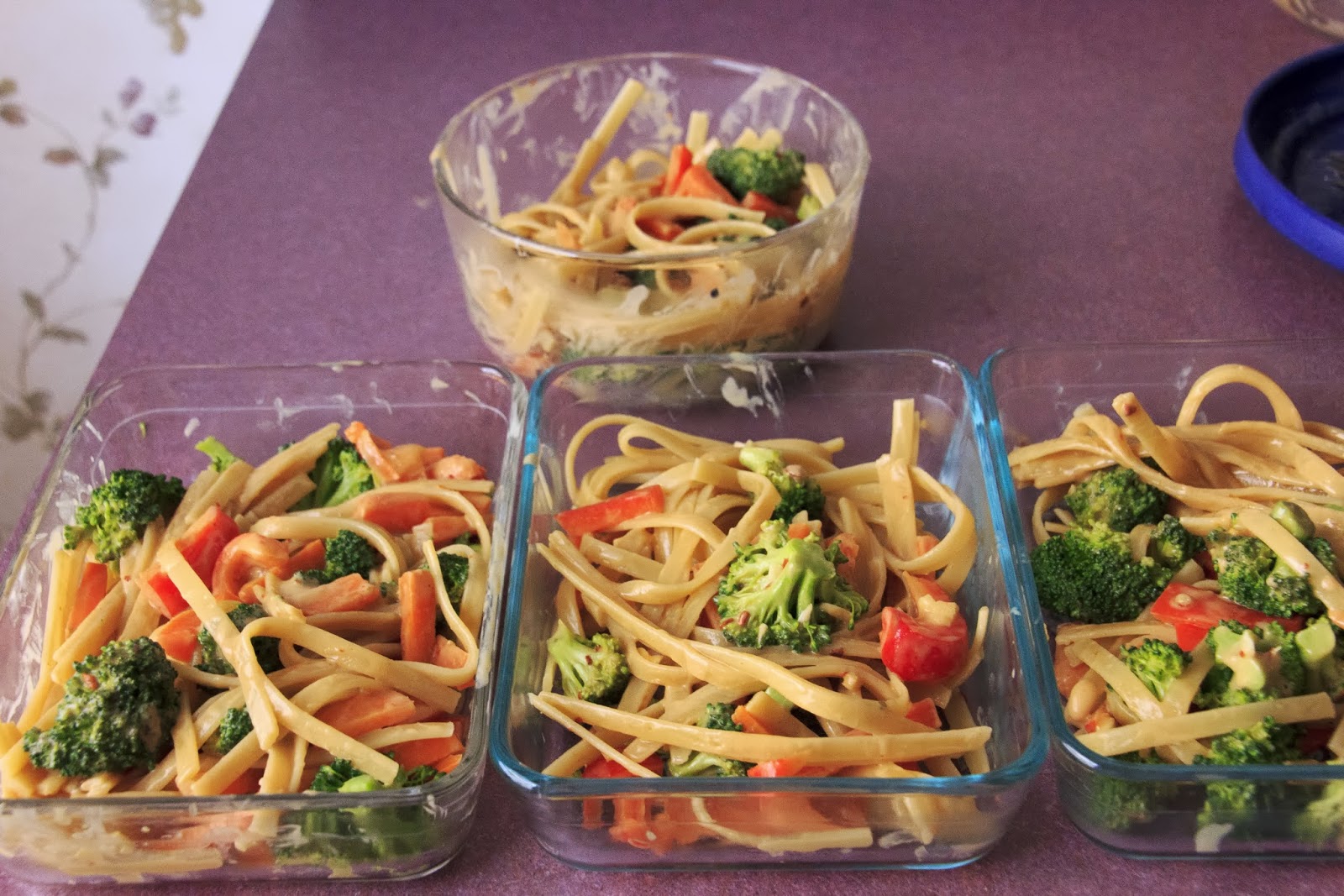 Package in serving containers for the long nights away from home that lie ahead. 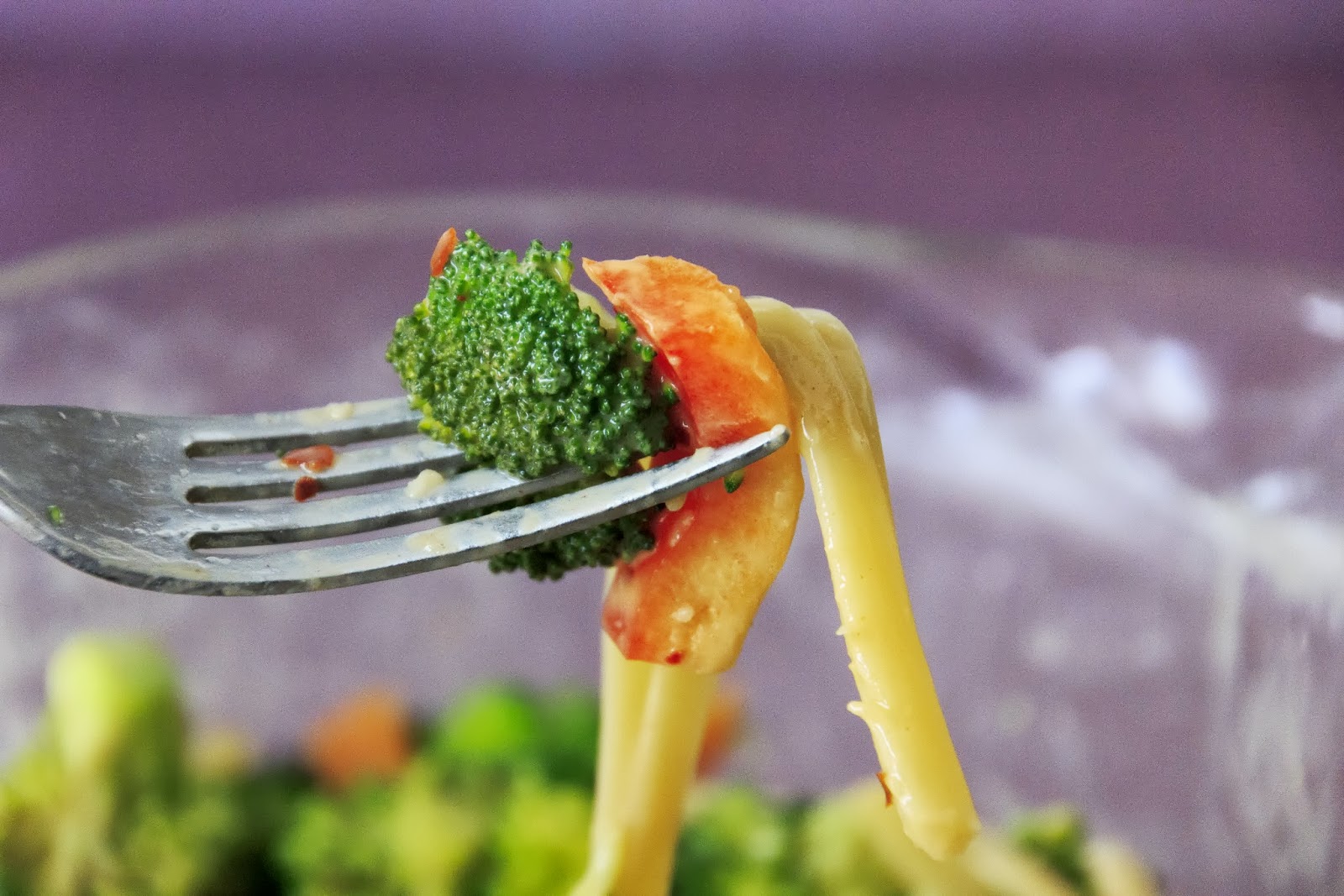 And console yourself that this too shall pass.
Posted by Birchwood Pie at 12:54 PM