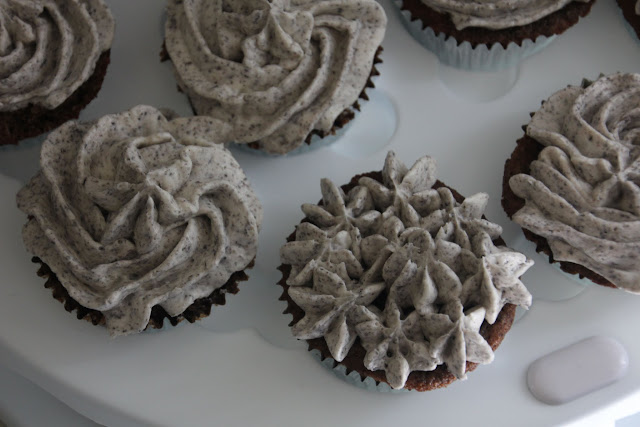 My special someone and I are in charge of dessert for family dinners and we've gotten into a comfortable routine.  In the morning, I mix up a batch of cookie dough and set it aside in the fridge to chill out for the day.  When it's time to leave, I grab the dough and cookie sheets to take with us.  When we all sit down to dinner, I slide the dough in the oven and by the time dinner is done, fresh baked cookies await. 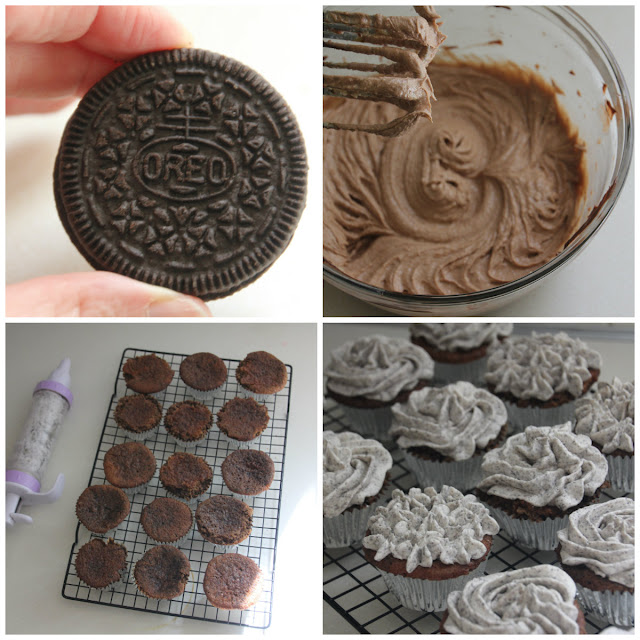 It's a good system, but no one can live by chocolate chip cookies alone.  Once in a while, I like to mix things up, and when I came across a recipe of Oreo cupcakes, I knew it was time to branch out. 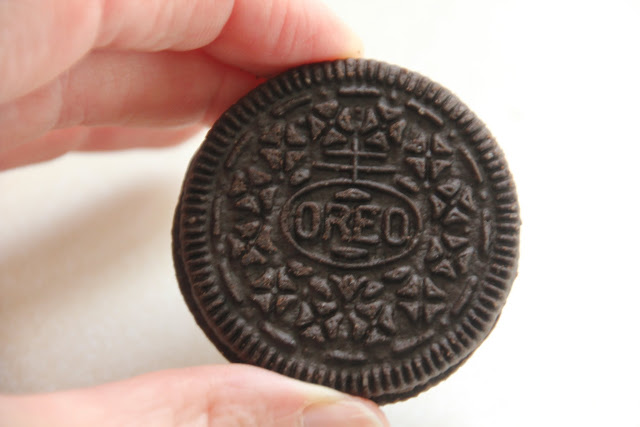 The only thing was that the frosting recipe that I picked called for cake mix, which I don't do.  I found a from scratch Oreo cake batter recipe.  I had already decided that I would half it to make 12 cupcakes, but the half batch made 18 cupcakes.  Since I had extra cupcakes, I made the full batch of frosting.  Now you know that I prefer a 1:1 ratio of cupcake to frosting, but I know a few folks I know who like lighter frosting, so I'll usually go light for a few cakes just to be on the safe side.  But just a word to the wise, there was no leftover frosting and I really had to hold back on the last few cupcakes. 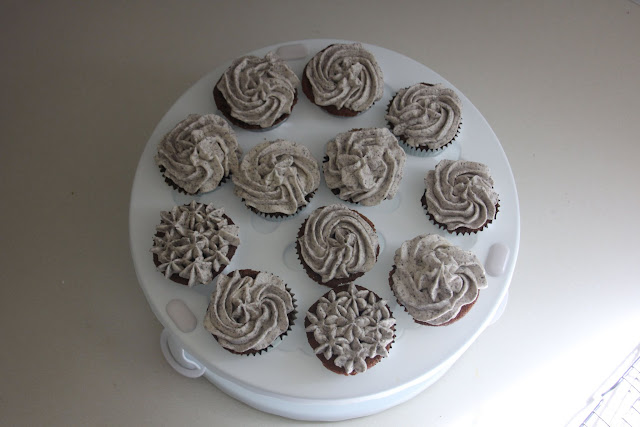 But even with the mystery math of batter for 12 cupcakes=18 cupcakes plus frosting for 24 cupcakes=barely enough for 18 cupcakes, this recipe was still a winner. 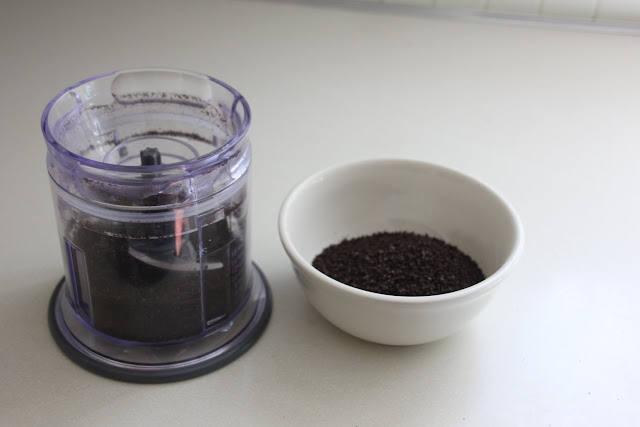 Begin by crushing the Oreos in two batches, one batch for the cupcake batter and one for the frosting.  Preheat the oven to 350° F. 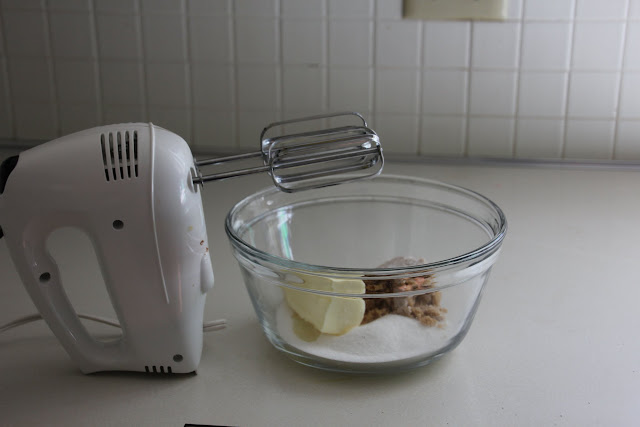 Cream the butter and sugars together for a few minutes. 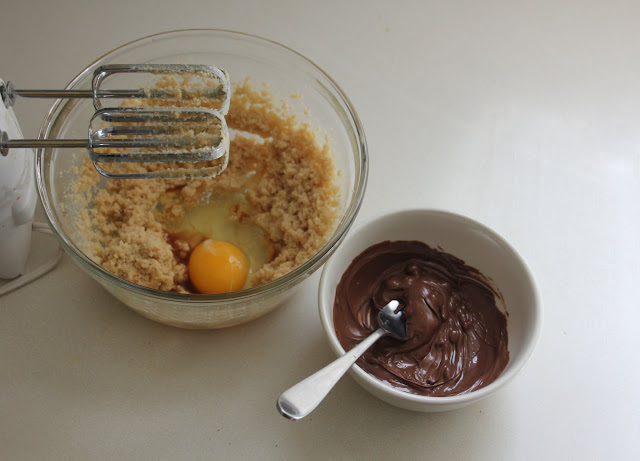 Add in the eggs, vanilla, and chocolate.  I halved the original recipe, so I had to deal with the quantity of 1 ½ large eggs.  This is simple, an egg contains 3 tablespoons of liquid, so just add one egg and 1 ½ tablespoons of the 2nd egg.  Or, if you happen to have jumbo sized eggs around, as I did, just use one of those. 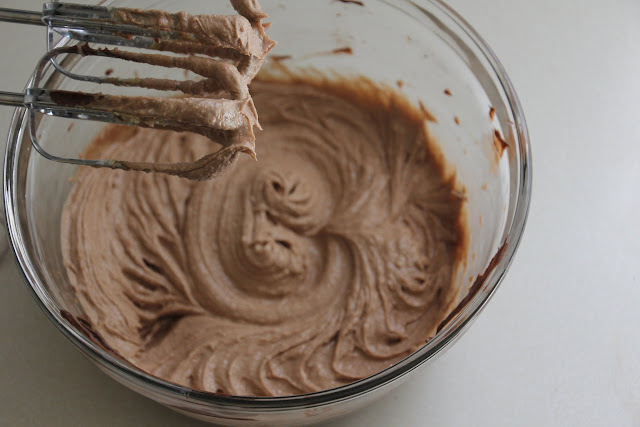 Mix everything together until combined. 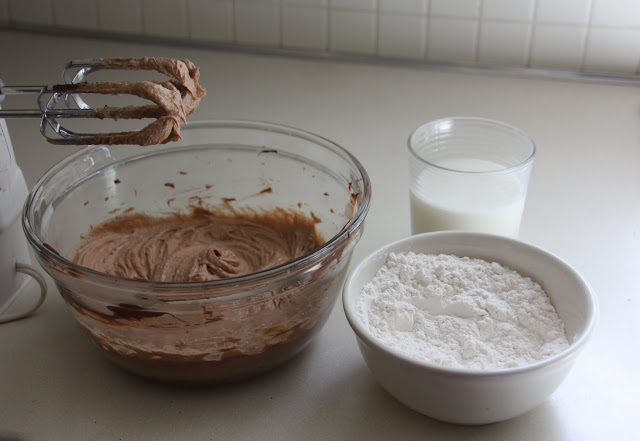 Add the flour mixture in three batches, alternating with the milk in two batches. 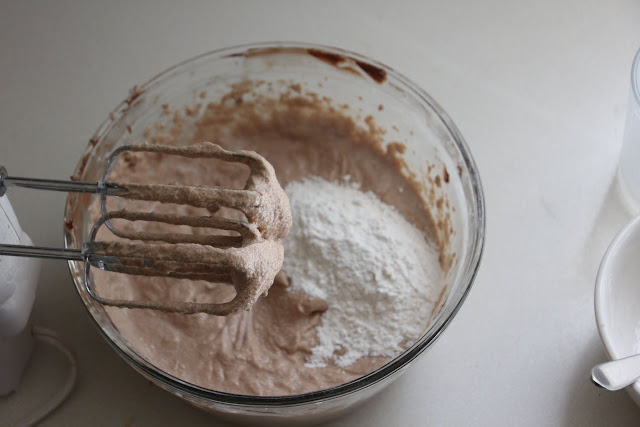 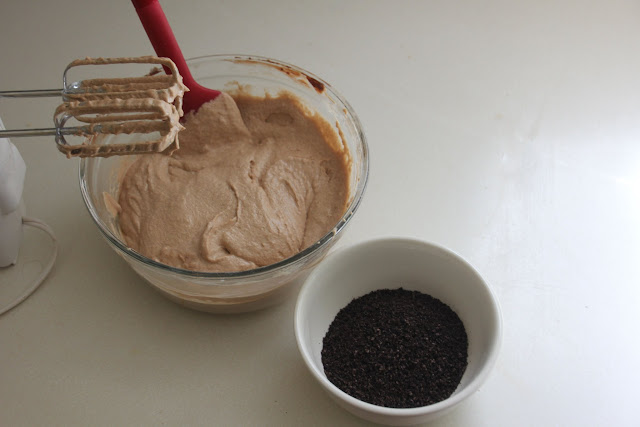 Finally, mix in the Oreo crumbs. 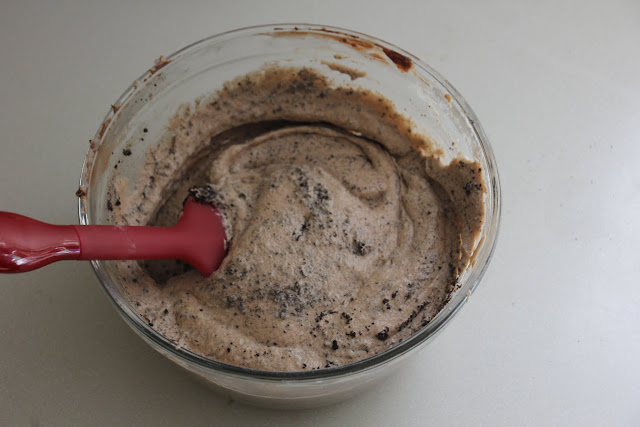 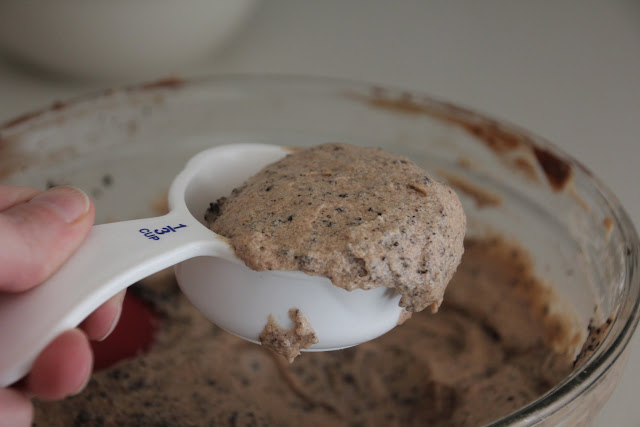 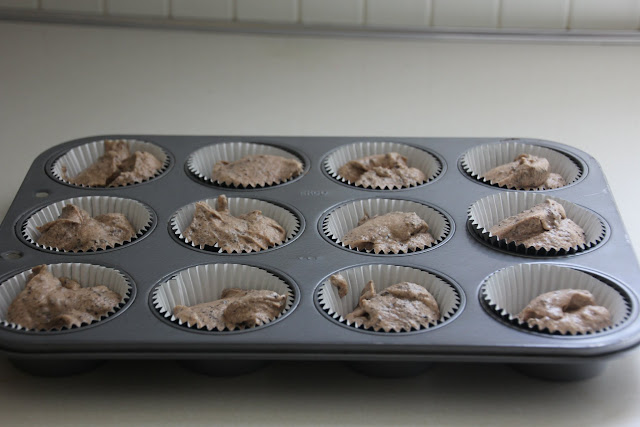 Scoop the batter into cupcake liners.  The cupcakes will rise considerably, so be careful not to fill past half full. 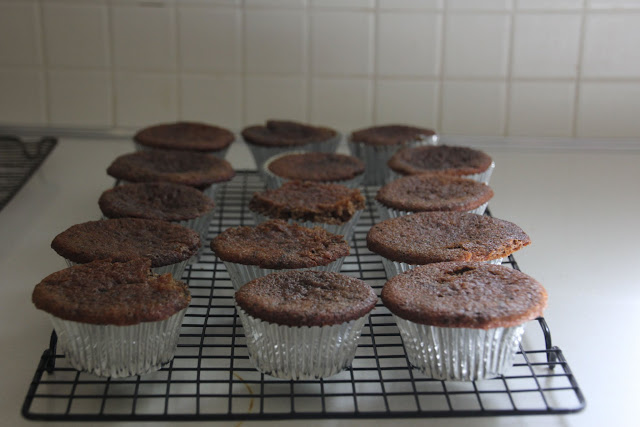 Bake for 20 minutes until they pass the toothpick test.  Let them cool while you make frosting. 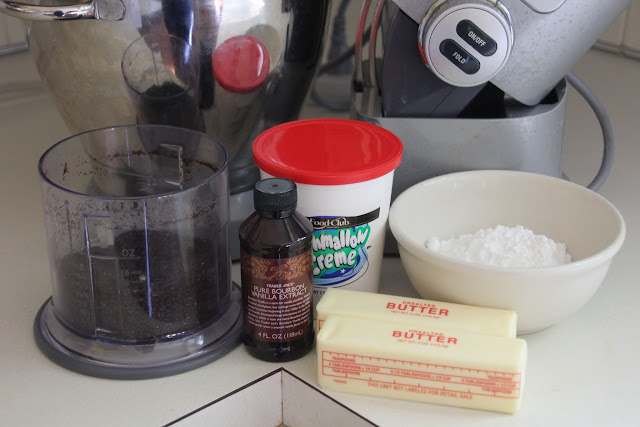 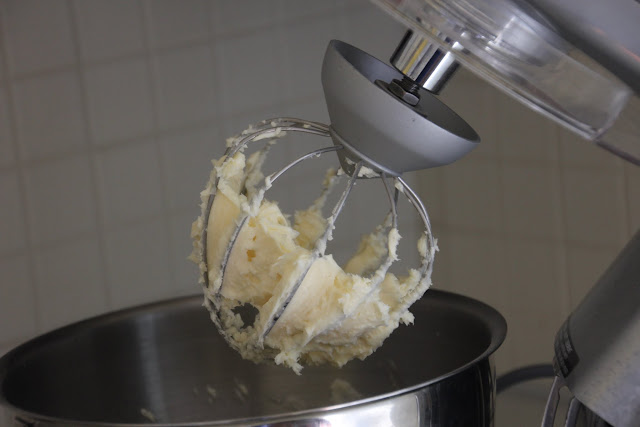 Cream the butter and powdered sugar together. 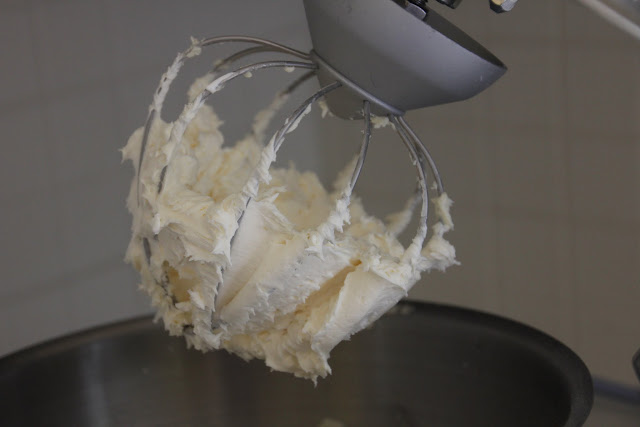 Mix in the almond extract and marshmallow fluff. 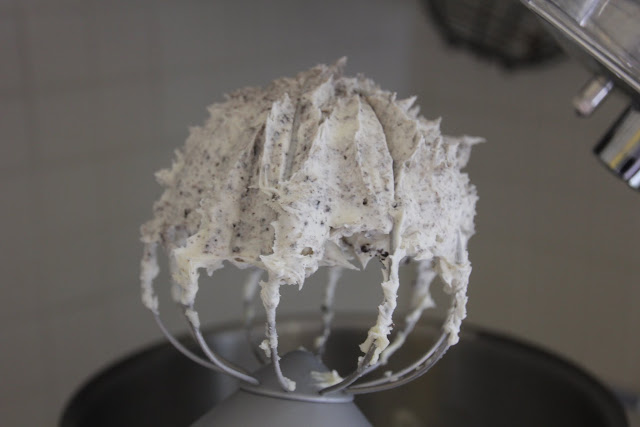 And finally add in the Oreos. 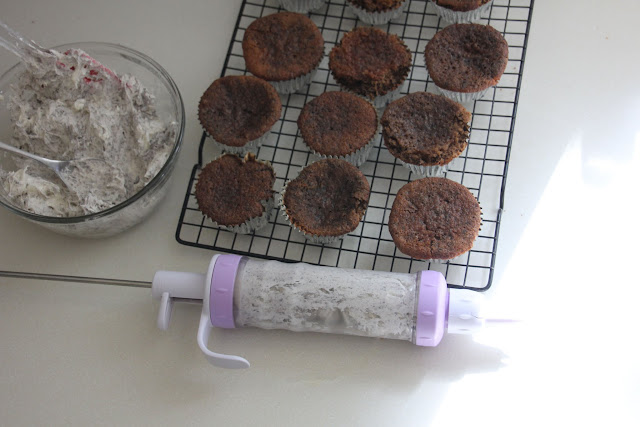 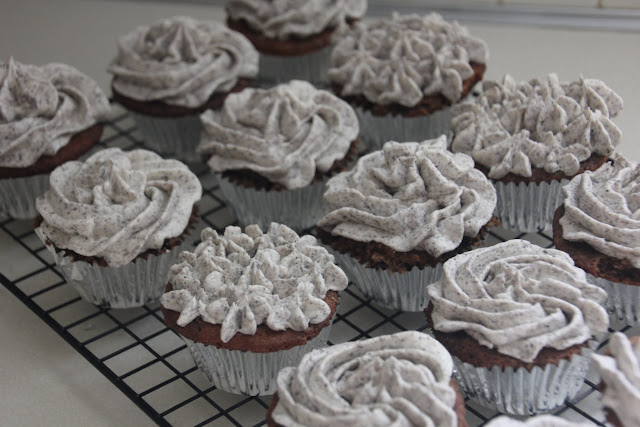 I gave some of the cupcakes a lot of frosting with the swirly roses, some a moderate amount of frosting, and a few with a thin layer of frosting.

And they were good.