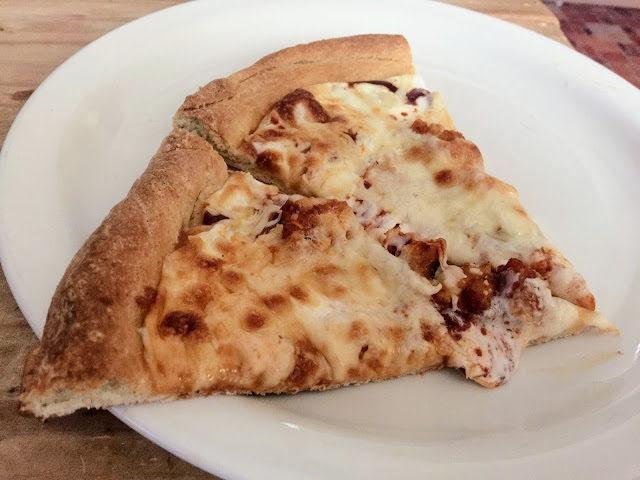 A weekly round up: eats, workout, watches, and reads.  Buffalo chicken pizza edition.
This week's highlights were getting two work from home days, some single girl time, and an awesome treadmill run. 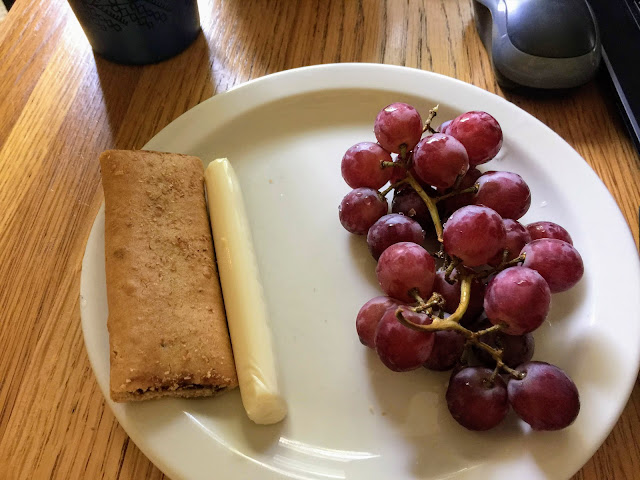 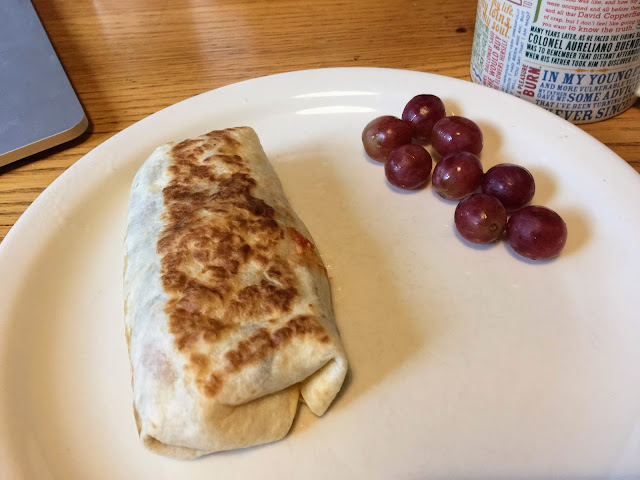 Omelet with cheese and veggies, potatoes, and chicken sausage.  I'd had a doc appointment that morning, so this was a late breakfast.  The veggies came from last week's Trader Joe's haul of frozen veggies (pepper and onion mix, mushroom medley).  The potatoes were freezer leftovers from our awesome sheet pan dinner a few weeks ago. 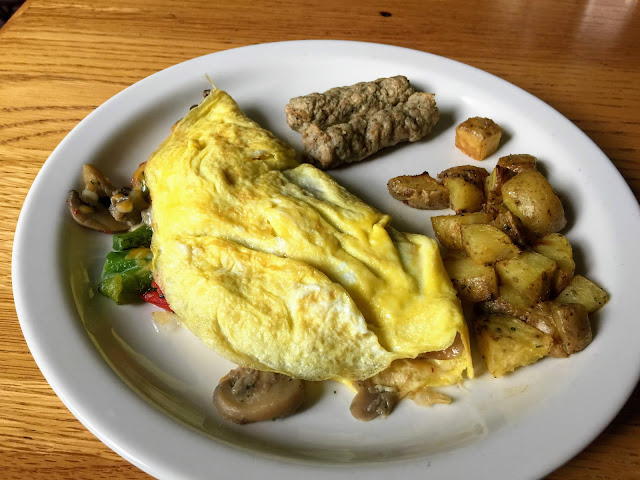 Breakfast sandwich with all the veggies - mushrooms, peppers, onions, and spinach. 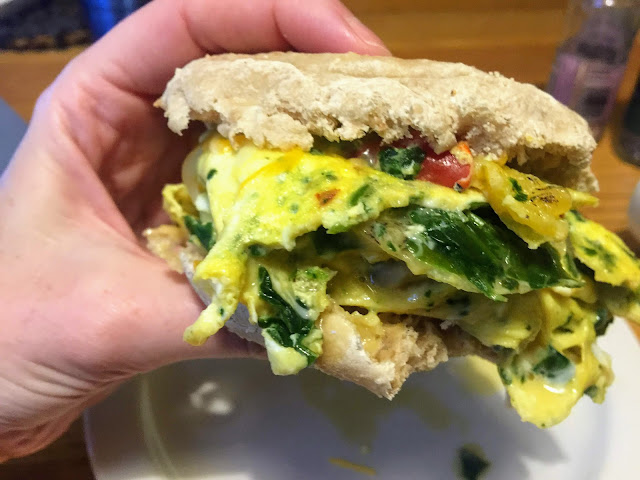 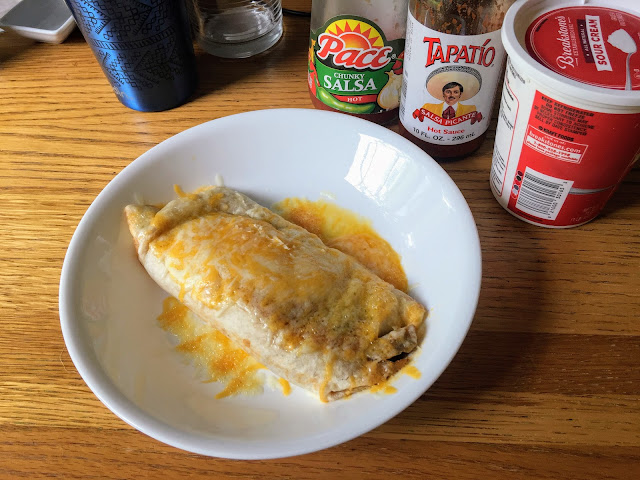 Wed (at home): snacks after a late breakfast.

Weeknight Dinners
Monday (family meal):  chicken stir fry with ginger sauce.  Bonus points because we had all of the ingredients at home and it was quick to make, but unfortunately it was a meh.  No one complained, everyone ate it, but it was just nothing special.  Recipe source: redacted.  If you have a non-meh quick chicken stir fry to recommend, leave me a comment with a link;-) 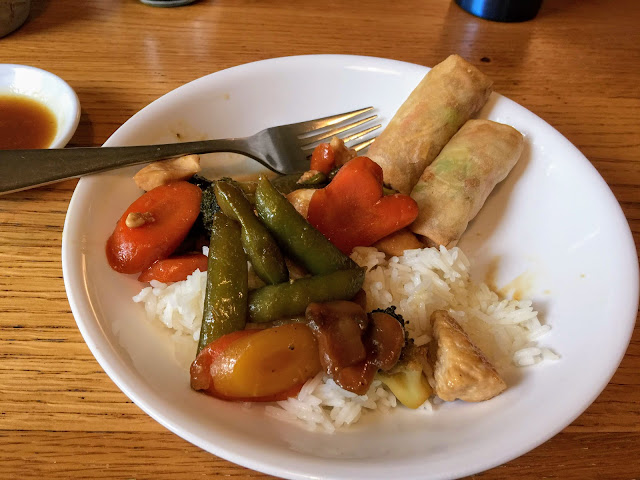 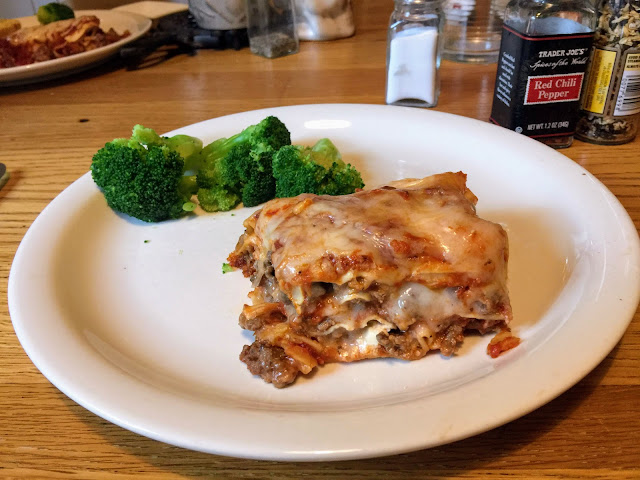 Wednesday (date night): I took full advantage of being at home that day to make one of hub's favorite meals, Shepherd's Pie.   We finished off the apple pie from last week afterwards. 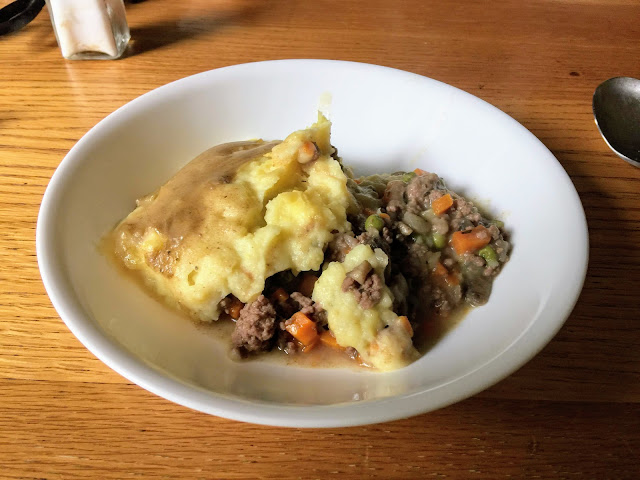 Thursday (fend for yourself night): Shepherd's Pie for him, Annie's cheese enchiladas for me. 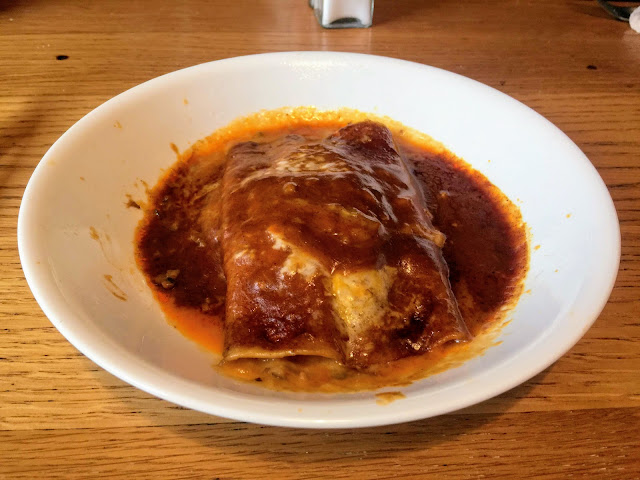 Friday (single girl night): my husband headed off to the woods with his bros for the weekend.  I made pizza dough on Thursday night.  And then I ended up working late on Friday (I'm working on a project that's important and interesting.  Side effect temporary extra hours), so I didn't bother with the pizza and had a veggie burrito instead.

Weekend Dinners
Saturday (single girl night): Buffalo Chicken Pizza.  Plan A was to make a fresh garden tomato and basil pizza but being one day late put the kibosh on that plan.  That was how long it took for the last tomato in the garden to go from perfection to kaput.  Making a trip to the grocery store didn't sound like much fun, so I brainstormed for something else I could make with what we had at home.  I got my final idea from this post and laid down a layer of ranch dressing (yogurt based, low cal if anyone's interested) and topped it with hot sauce, onions, a breaded chicken breast, and a very moderate amount of cheese. 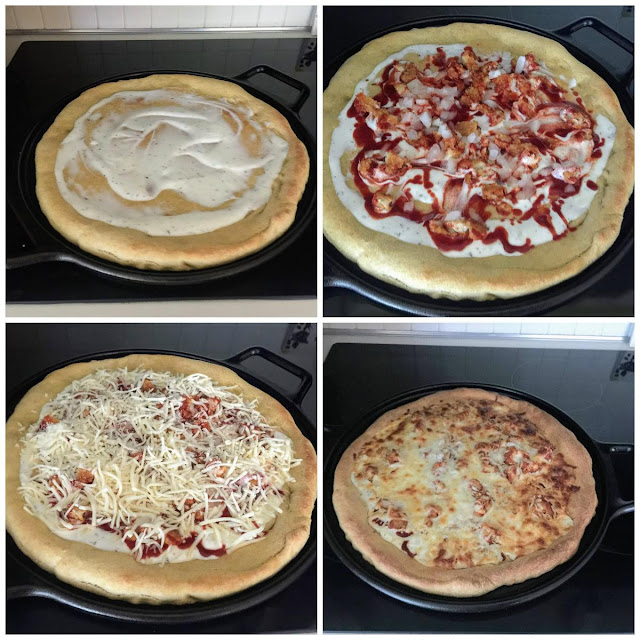 It hit the spot nicely, especially for a last minute plan B dinner.  And the crust was on point.  The recipe that I use doesn't require any rising time, but if you let it age it's just that much better.

Sunday: Here's the thing about meal planning: you have to be willing to let the plan go if a better offer comes along.  I had planned to make baked chicken chimichangas, but mid afternoon the sisters-in-law threw together plans for a family dinner.  We made a batch of chocolate chip cookies and headed over to their house.

Meal Prep
I'll throw the chimichangas together later tonight so that they'll be ready to bake up on Monday.  I made a batch Chrissy Teigan's Actual Drunken Noodles for lunches. 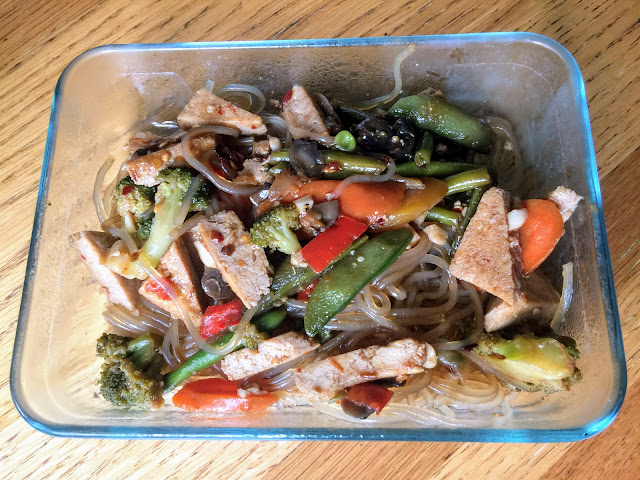 Workouts
Monday: weights and one mile treadmill run
Tuesday: 5 mile outdoor run.  Most of the time I just survive my Tuesday morning run, but this one was awesome.  The humidity is finally going down and I had energy to spare.
Wednesday: off
Thursday: 5 mile treadmill interval run.  Before vacation I had worked my way up to 400's at 7.0 but my body said no.  So I did 6 rounds of 3 minutes at 6.5/2 minutes recovery at 4.0, and liked it a lot.  Maybe I'll focus on getting the 6.5 intervals longer before going back to 7.0.
Friday: weights and 1.25 mile treadmill run.  I changed it up and did this as my weight workout, less the pull ups because I can't do them.
Saturday: It was very humid plus I got a later start so I decided not to bother with going outside and hit up the treadmill for a 6 mile PR.  It was fantastic, and I felt like I could have gone farther. 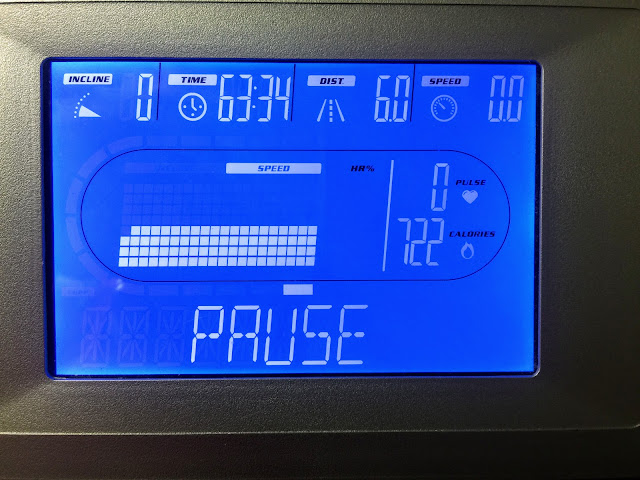 Sunday: off and excited for next week's workouts.

Watching
(from the treadmill): How to Get Away with Murder for weight days and The Marvelous Mrs. Maisel for running.  Yes, yes, yes good show and thanks to Jen for giving me the idea.  I can't wait until my next treadmill workout to continue watching.
(from the couch): Halt and Catch Fire, Unbreakable Kimmy Schmidt with hubs.  On my own, Secret City.  Political thrillers aren't really my bag but this one hooked me and all that I can say about the ending is that I'll be tuning in for season 2.

Reading
An old favorite.  It's Murder with Dover by Joyce Porter.
Posted by Birchwood Pie at 8:28 PM