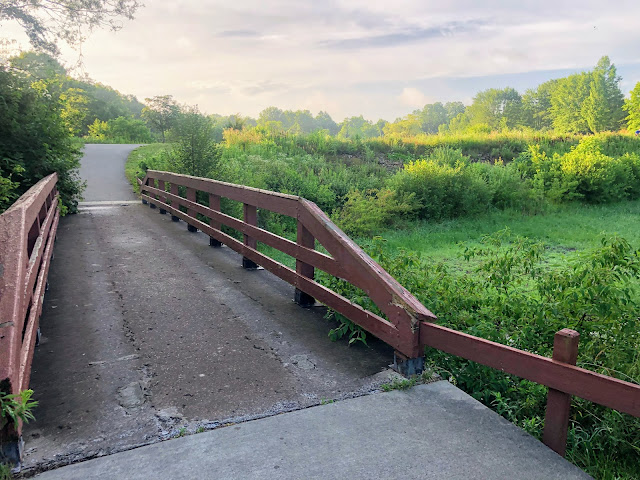 In this week's recap, 28.75 miles of running and some baby steps toward strength training went down.  4 out of 5 runs this week had 10:xx splits in them, which is always very exciting.
I'm linking up with the Weekly Run Down, please head over to Kim and Deborah to check it out.
Monday:  4.25 miles and a little bit of greed.  I had such good results from doing 1 minute fast/1 minute slow last week that I decided to add that into the run and completely gassed myself.  Point taken.
Tuesday: group run day!  Schedules worked out because there were five of us and my house was the central meeting point.  I found myself struggling a little more than usual to keep up with the group, which made sense because I put in a hard week last week and pushed it the day before.  Oh snap, turns out there was another explanation...everyone must have had their Wheaties because we were running in the 10:30's (my 10k pace).  After the main group broke up a few of us did another mile because why not and after that I set out to get a little more mileage and found myself crawling.  To be more specific, miles 1-3 were 10:3x, mile 4 was 11:14 and mile 5 was 12:17 which is slow even by my standards these days.  I finished the mile for my ego's sake and called it a day.
Wednesday: rest, apart from the usual "commute" to work (my commute these days is from the downstairs couch to our upstairs office, so just saying that a short walk outside is a good way to transition).
Thursday: the rest day worked its magic and I set out for some speed.  I got it, just not the way that I planned.  2 mile warmup, then 4 x 400 fast/400 recover.  I hadn't done this workout in a few weeks and my body was not into it, which is fine, effort over results and all that.  I started my cool down and suddenly my body was very into it.  I knew that I was going fast and went with it...but holy cannoli I didn't think I was going 10:30 fast;-)  I took it down a notch for the last mile except I still had gas in the car so I did another mile and ended up with 7 miles total.  It was a satisfying way to start the day.
Friday: took a nice little jog although I treated myself to another sub 11 minute mile since I'd had at least one each day this week.  4.5 miles total.
Saturday: my gut said "hey it's way warmer today than it's been all week and really sunny, might want to treadmill this one" and my head said " nah, I'm completely adapted to summer running so I won't have any problems".  My heart was set on a route that I hadn't taken in a while which was nice to see but did me no favors with the blazing sun.  In the end I got my planned 8 miles, but it wasn't pretty.  Breaks were taken.  Run-walk was taken.  Note to self: I've gotten very comfortable with pausing the ol' Garmin lately, but it's much easier physically to run-walk and it really doesn't slow me down that much.
(P.S. I guess I've officially started training for half marathon #5, and yes it kind of goes without saying that it's virtual.  The tentative "do whatever I want" plan is to keep my long runs at 8 miles for August and then increase a mile per week through September...race day will either be late September/early October depending on weather).
Sunday: rest day with a side of FOMO.  I passed up a group run this morning because I need the rest day.
Good News?
I'm a huge fan of savoring every drop of lemonade that comes out of these lemons.  Work announced this week that we are home for the rest of the year.  Apart from the safety aspect and the "what the heck is the point of being in the office anyway" aspect, this is a boon for running.  As long as I can tolerate the temperature and it doesn't get icy, I can continue running outside.  Though having two pairs of winter running tights isn't going to cut it anymore, so I will finally be increasing my winter running wardrobe.
That's all I've got for this week.  Happy Sweating Everyone!  I feel silly for asking this in August, but what is your favorite brand of winter running tights?
Posted by Birchwood Pie at 11:13 AM