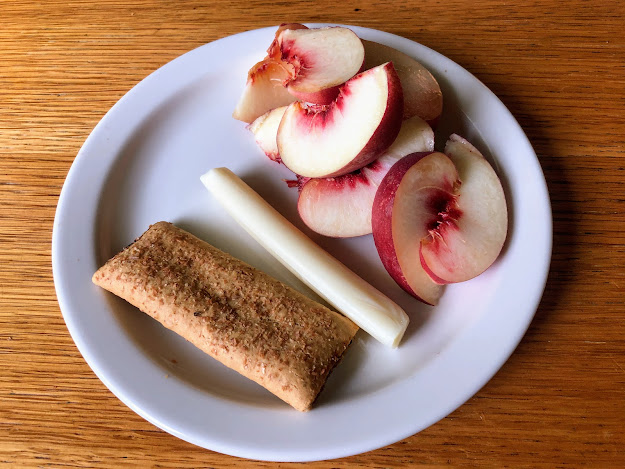 A weekly round up: eats, watches, and reads.  If you came here looking for fresh new meal ideas, sorry but this week I did not deliver in that department.  The first few days of the month are always very busy work wise for me and exceptionally so this week.  I had just one meal idea and it took me until the weekend to make it a reality.

The classic cereal bar, string cheese, and fruit.  Working my way through what I think will be the last batch of Costco peaches this season.

Monday morning saw me paying a visit to the office which meant a Trader Joe's stop on the way home.  I grabbed this salad, which was alrite, nothing special you know, but it reminded me that it's been awhile since I've had peanut sauce and launched my craving. 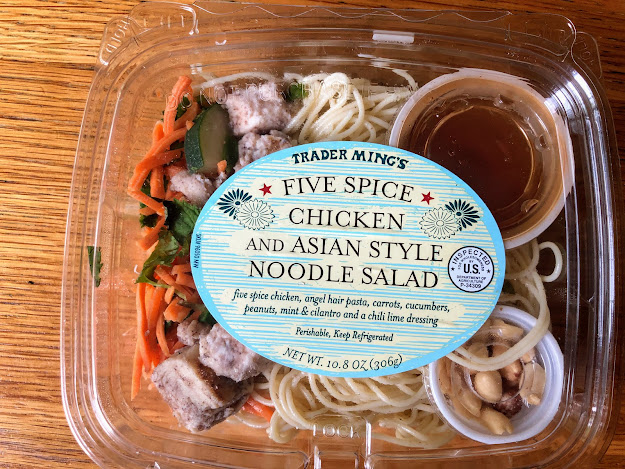 And then work got insane and I literally never had the few free minutes that would have taken to make some peanut noodles, so I raided the freezer for veggie burritos instead. 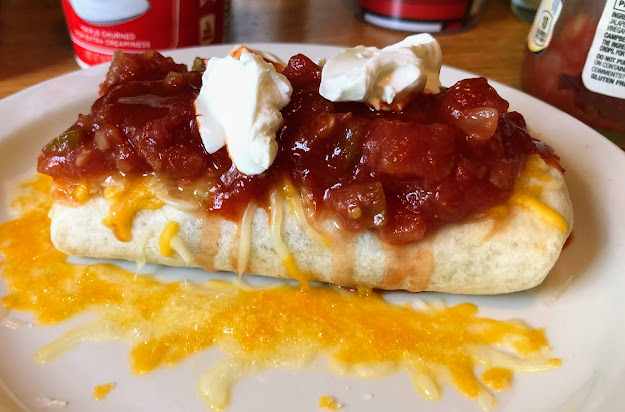 Finally this weekend I was able to scratch my itch...spicy peanut noodles.  I used a bag of cole slaw mix for the veggies and added in air fried tofu.  It was everything that I dreamed it would be. 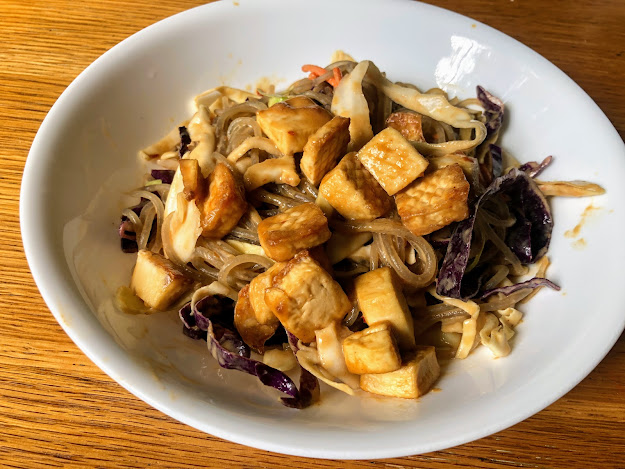 I've gotta throw back to this picture from the original post seven years ago: never let the fact that you have purple counter tops and a green cutting board get in the way of your food blogging dreams.  And never let the fact that you started a food blog get in your way of going off topic and writing about other things.  Spicy peanut noodles were one of my go to dinners in grad school (ha ha on the nights when I bothered to eat dinner, things were just a lil stressful back then). 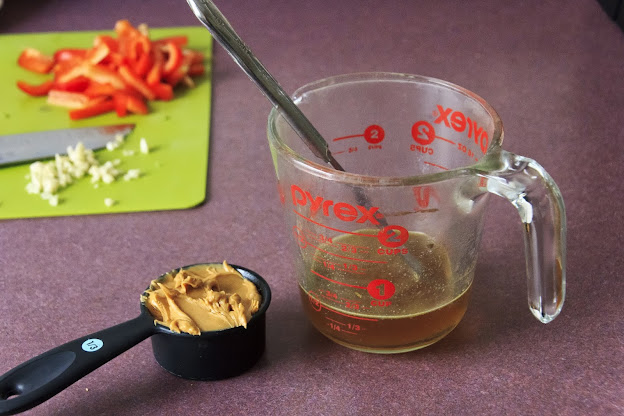 Monday: was fairly calm work wise for me, so we had dinner as a family with leftover steak kabobs from the weekend. 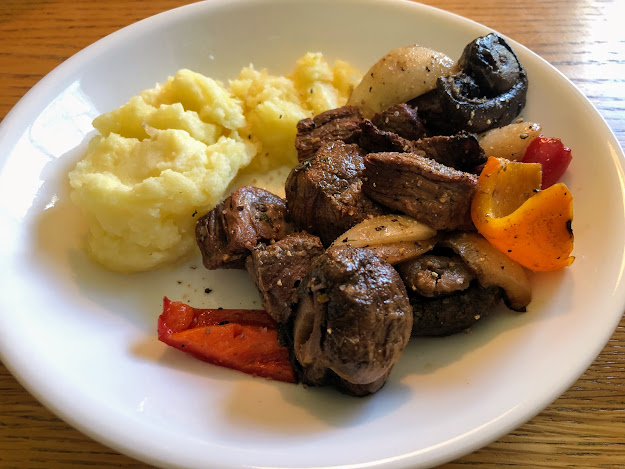 Tuesday through Thursday is a blur.  I was tied to work and ate leftover kabobs. Once as shown above and then two nights refashioned into burritos with the help of Trader Joe's fire roasted pepper mix and a can of fried beans.  My husband went the mac n' cheese & stuff route for the rest of the family.

Friday: an adults only night.  We went out to the drive in hamburger place.

Saturday: burger night!  We have gotten very fancy and have started using real cheddar cheese instead of American cheese on our burgers. 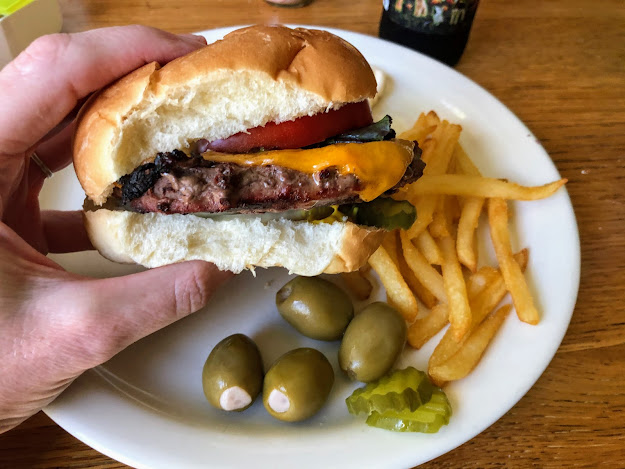 Sunday: I was fresh out of dinner ideas.  We were all in need to some time away from the house.  So the five of us (adults, kids, and stepdog) headed out to the woods in the late afternoon for a long family hike and we got Chipotle on the way home.  Everyone was very happy with the outing and the meal.

Back to the 80's!  We saw Dragnet for the first time in....how long has it been since 1987?  Gulp, 33 years.  Hubs warmed the boys up by showing them one of the original episodes that was on YouTube.

And then a Val Kilmer double feature, starting with Real Genius.  Sometimes it's like pulling teeth to get the kids to watch movies with us, but for some reason stepson #1 was All In on this one and taking notes.

Next up: Top Secret.  It was back to business as usual with the kids wanting nothing to do with it at first but they got sucked in pretty quickly.  I just can't wait until we can watch Casablanca together as a family, I think the boys are a bit young yet to appreciate it.

And finally, for my solo TV viewing efforts, I finished season one of Dr. Foster and it is as near perfect as a TV show can get.  I think the show has been out for a while and I couldn't believe that I'd never heard of it before, why is such a gem going unsung?  And then I started season two and I think I have the answer.  Maybe I was just in a bad mood at the time and maybe I should watch more than one episode before slamming it, but it just looks like a rehash of season one with everyone being a little bit crazier.  Aw c'mon no one is that mad at their ex for that long and I feel like I can find something better to do with the four hours that it would take to finish the season (P.S. if you've seen it let me know in the comments if I should give it another chance).

All the thumbs up for The Guest List by Lucy Foley.  Currently reading: Pretty Things by Janelle Brown.

Posted by Birchwood Pie at 2:35 PM