Weekly Round Up: On Repeat 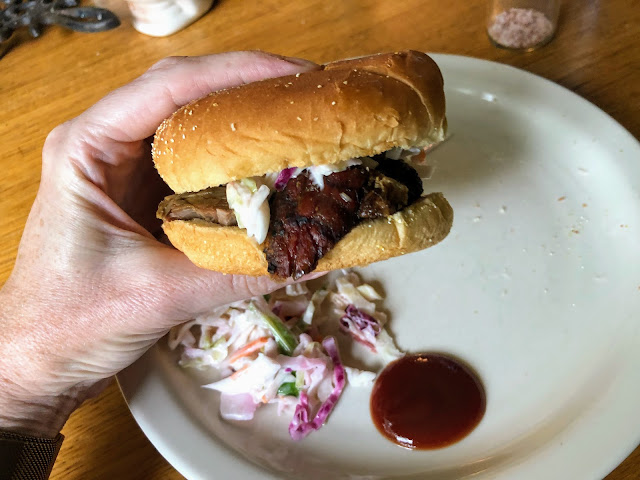 A weekly roundup: eats, workouts, watches, and reads.  In this week's edition we did A LOT of repeat meals and binged Stranger Things.  On the job search front I have a rare employer shout out plus an unexpected development in my current gig.

Our weekly meal plan was shaped by two things:

Uh yes we ate leftover BBQ every night last week for dinner, yes we did.

Lunch was pretty much a solid repeat of last week's salad wraps and I feel like I'll most likely have that again for lunch this week and then I'll be ready to move on to something else. 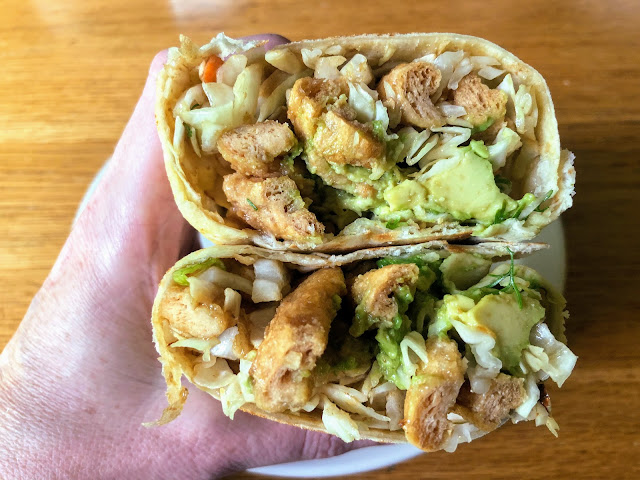 Yeah I'm still running and yeah I have a half marathon on the calendar for the end of September so I need to do something about that.  I'm working on bringing the mileage up in general and the long run back in particular.

On the treadmill: I finished season 2 of Fauda and am dying to get to season 3.

On the couch: hubs and I took advantage of our no-kids situation and acted like kids all week.  We stayed up late every night watching season 4 of Stranger Things and we regret nothing.

My TV watching really got in the way of my reading this week, but I read a bit more of  The Golden State by Lydia Kiesling and am still digging it.

Three things have happened since we last talked:

Thing 1: A local major company approached me on LinkedIn.  It was 100% the wrong job and it would have been on site so this was an easy "thanks but no thanks" but still it's nice to have folks notice me, especially kind-of-a-big-deal folks.

Thing 2: I had an initial screening call with a company that I'll call ShowMe.  As in they showed me the money.  I have an ungodly long post about the compensation conversations that I've had in interviews, but out of all of the interviews that I've had in the past year, they are the third company to name their compensation number instead of asking me for mine and I'm a fan of that trend.  Unlike the previous situations their number was very close to Dream Number so 👍👍👍  I'm waiting to hear if I move forward in their interview process.

Thing 3: Meanwhile in my current job I'm getting promoted???  There is some shuffling of job duties going on at work and the thought is to move me up and get someone to do what I do now and have them report to me.  Right now all that this means is that I have to learn a bunch of stuff, and you know I'm down for that any day.  I'm not crazy about being a boss but I think I can pull it off in this situation and it's several months off in any case.

I haven't had much time to process this so I dunno.  The job has gotten quite a bit better since the low back in February and I've definitely gotten less bored.  I also appreciate the job more after all of the silly interviews that I've been on.  Stay tuned.