Weekly Round Up: When the Moon Hits Your Eye 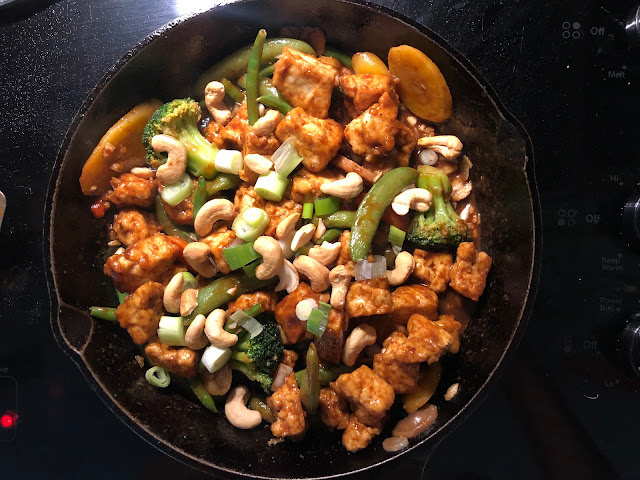 A weekly round up: eats, workouts, watches, and reads.  In this week's edition I'm talking new recipes, the surprising thing about not being a runner, and the moon hit my eye like a big pizza pie in my movie watching.

On the breakfast front I had a sudden craving for eggs and potatoes  so I whipped up a batch of breakfast potatoes. 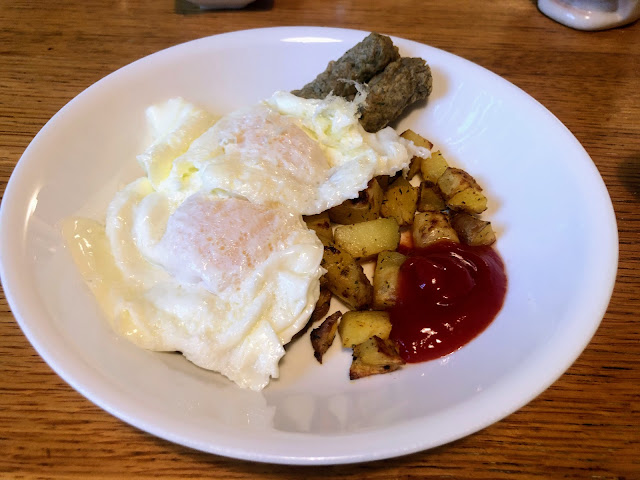 As you know, I've mostly given up on cooking family dinners and I highly recommend it (uh yes it does work better if you're a stepmom to teenagers but still...I recommend it!).  Right now we only have two nights a week of early evening activities, so hubs elected to continue the summer arrangement of having the boys alternate cooking dinner each night with his help.  This is great except that they (a.k.a. hubs) work off of a very limited menu and aren't quite at the stage of planning in advance what they want to eat - but ooh ooh they are getting closer every day.  The shear entertainment value of watching them work through the cooking process is priceless and dinner prep has gone from my least favorite time of the day to the golden hour.  My contribution is buying food and making suggestions here and there while firmly declining the responsibility of meal planning.  Sometimes I'll jump in with "would you like me to make x while you're at y?" or "I saw x recipe that looks interesting, would you like to try it?" but that's about it.

In the meantime I'm cooking stuff that I want to eat!  Yes we still eat dinner together but more and more I'm eating "me" food instead of the same old variation of nuggets and mac and cheese. The only drawback is that I can't cook before dinner since that's when the other cooks are hard at work, so I've been cooking up my meals on Sunday afternoons and reheating leftovers - so exactly what I did back in my single girl days when I did all of my cooking on the weekend and just had to reheat it during the week.

I've had my eye on From My Bowl's Cashew Tofu forever.  The hubs prefers chicken and the kids are weird about nuts so this is a perfect example of a recipe that I would either have to forget about or modify to meet everyone's demands to the point where none of us would enjoy it.  I just made half the recipe because I only wanted to try it without committing to it for a week and got two generous servings plus a snacc.  👍👍👍 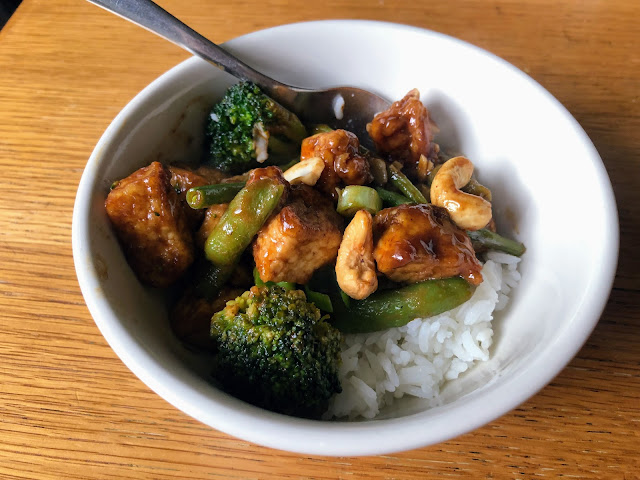 I made a double batch of Cheap Lazy Vegan's Gochujang Pasta as well.  My notes from my second time of making this is that not only do I not see the need for thinning out the sauce with pasta water, but I also feel that I could get more pasta in there.  The recipe defines the amount of pasta in "servings" instead of ounces, so maybe CLV's definition of "a serving" is different that mine (my definition is the back of the box's 2 ounces of pasta). 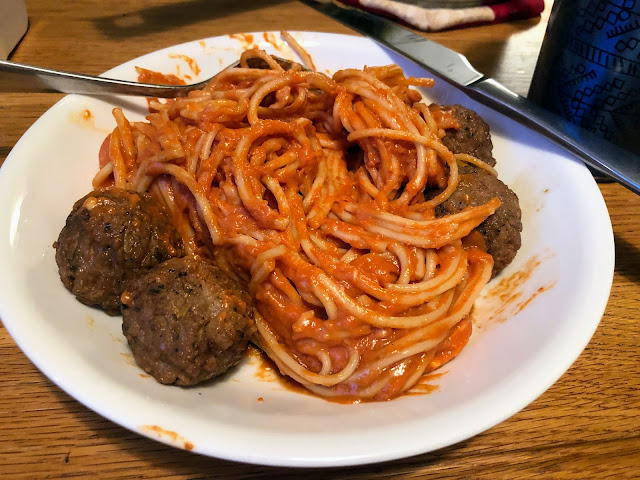 I'm continuing to thrive on the non-running life.  I finished week 2 of 6 of Caroline Girvan's Iron Series plus a bunch of treadmill incline power walking afterwards to get my cardio jollies.  I'm still experimenting to see what makes sense for cardio - so far it's longer and harder on upper body days and shorter and easier on leg days.

Since I've changed so many things anyway I also changed my workout days to line up with the plan.  For a million years now (ok, ok, since circa 2015 but that's close to a million years) I've always taken Wednesday and Sunday as my rest days and now it's Thursdays and Saturdays.  I'm not 100% used to it but I kind of like it since I feel like I'm getting a bit of a jump start on the week and then taking it easy as we head into the weekend.

The biggest change that I'm seeing as a non runner is one that I didn't expect.  I don't have half as many things to do on my phone these days!  I'm very guilty of reaching for my phone anytime that I feel stressed or bored, and the further away from running that I get, the more I find myself with my phone in my hand and not having anything to do on it.  That's what happens when you're not checking the weather and one  bajillion running apps every hour on the hour.

Hubs talked stepson #2 into watching a movie with us on Saturday.  It was Man of the Century, which is a forgotten gem from 1999.   Newspaper columnist Johnny Twenties lives his life like it's 1928 which works just fine for him but confuses the heck out of everyone else.  This is an old favorite of the hubs and he showed it to me pretty early on in our dating days but for some inexplicable reason I had completely forgotten it...yes it's a gem and yes I forgot about it as well as everyone else.  How come I'm not linking a trailer?  Because there isn't one!  It's like this movie doesn't exist anymore (except as a rental on Amazon).  Anyrate, it was a huge hit with the fam and it's back on my radar now.

I had enough down time this weekend to time travel back to the 80s to see two blockbusters that have not been forgotten.  One was a rewatch and the other was a first timer.  When you'll have what she's having and the moon hits your eye like a big pizza pie...

The rewatch was When Harry Met Sally.  As best I remember I saw it sometime in high school, and all I remembered was "I'll have what she's having" and that the main characters were obnoxious.  I wasn't planning to see it again, but I heard the companion episode on Unspooled which got me on the couch and down to watch.

I think my biggest problem with the movie was simply that I saw it in high school.  Now that I've aged into it, it was delightful and it holds up well.

The new-to-me watch was Moonstruck, which popped up as a suggestion because if you've seen one 80's romance obviously that means you want to see 'em all.  And in this case, I say "thank you algorithm".  I knew nothing about it going in and it was an hour and a half of charm.

When I get in to a thing I get into a thing.  It wasn't enough to see the movie so I'm rereading The Big Sleep.  It's every bit as delicious as I remember and my jaw is dropping just as much every time I get to something that was too spicy for the movie "ooooh...so that's what they were talking about!".

NSG tipped me off that the annotated edition is where it's at so I'm waiting for the library hold to come in but I was too far in to the kindle version to put it down, so this might end up being a back-to-back reread.

Posted by Birchwood Pie at 8:42 PM