Banana bread has two extremes.  It can get goody-two shoes with no sugar, no fat, and a good helping of fiber.  Or you can pump all the sugar and grease you can get your hands on to make a sickeningly sweet treat.  When I went searching for a go-to banana bread recipe, I wanted middle ground.  I wanted something soft but not too cakey.  It was a bit of a search to find the right one.  Looking at banana bread recipes is like looking at chocolate chip cookie recipes.  They all have the same ingredients and there's no way to tell a good one from a bad one.  One weekend afternoon last winter I was burrowed in during a snow storm with a supply of ripe bananas and decided to whip up a random recipe that showed up on my Pinterest feed.  The rest is history. 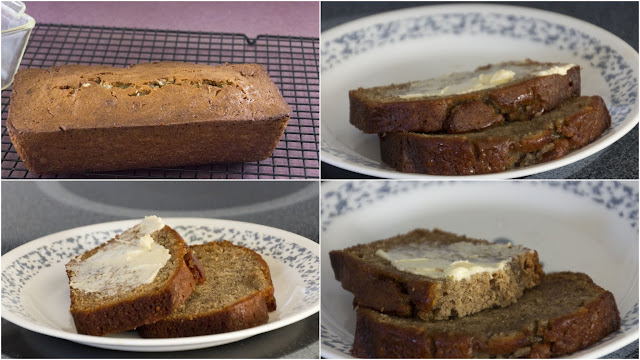 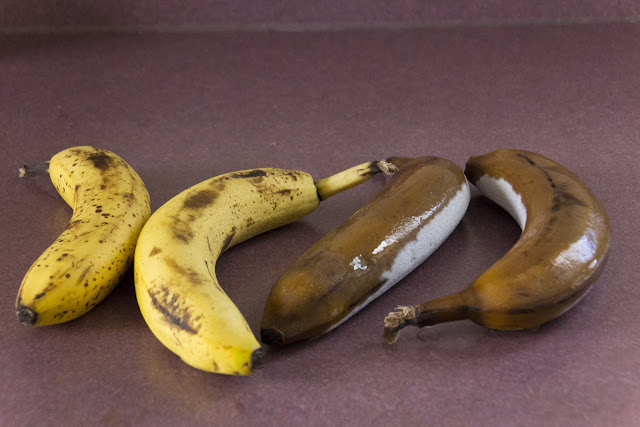 The journey begins with four very ripe bananas. The riper the banana gets, the sweeter it is.  There's a lot of timing involved.  I can't speak for other single people, but it's a pretty rare event for me to end up with four overly ripe bananas on my hands at one time, and in the rare case that this might happen, what are the odds that I'm going to have the time and desire to bake?

The secret is your freezer.  Just stockpile the ripeys until you end up with enough bananas and a craving.  Because I don't buy bananas very often, I have a banana pact with my special someone who has a steady supply. Instead of throwing his overripe bananas in the garbage, he throws them in the freezer, and we both get banana bread. 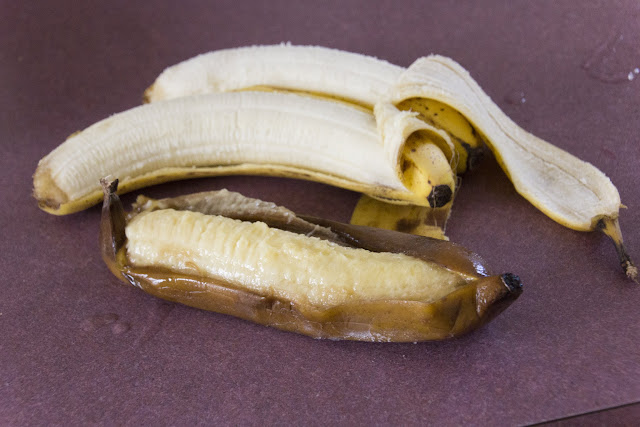 If you're working with frozen bananas, you may want to pull them out of the freezer and let them thaw for a bit so that they're easier to peel and you don't freeze your hands in the process.  Frozen bananas get very squishy when thawed.  It's a little off-putting, but rest assured that once they're baked, a frozen squishy overripe banana = a fresh overripe banana. 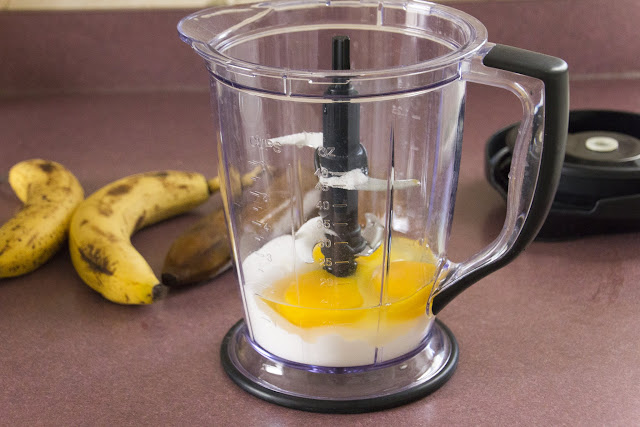 For the mixing, I like to use a blender to make sure that the banana gets fully dispersed, but you can use any tool that you want.  Start with the sugar and eggs.  The original recipe says to do this for 10 minutes, which had me shaking my head and asking why.  A few spins in the blender did the trick. 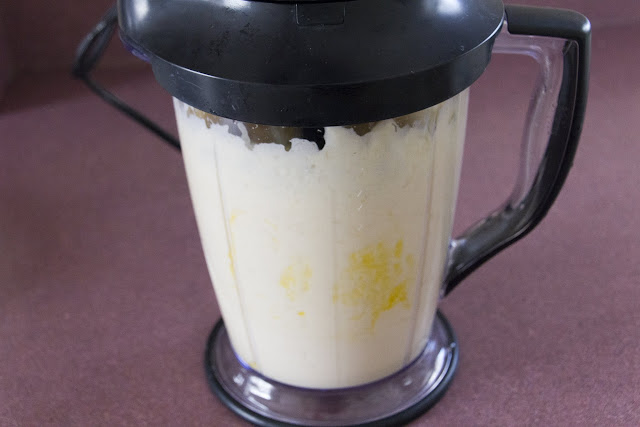 Add the bananas, vanilla, sour cream, and mix to combine.  Follow up with the oil and give everything a final blend. 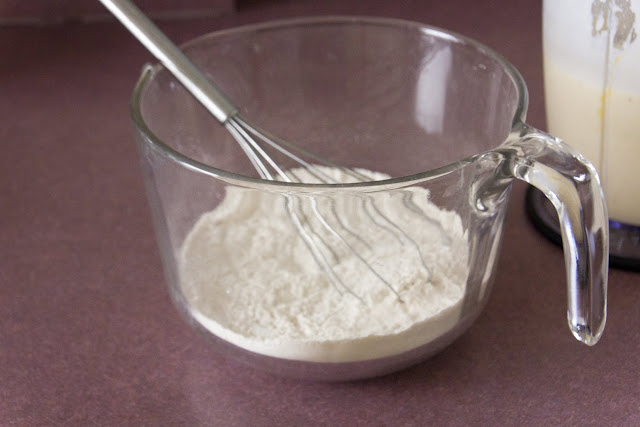 Toss the dry ingredients together in a separate bowl and stir together. 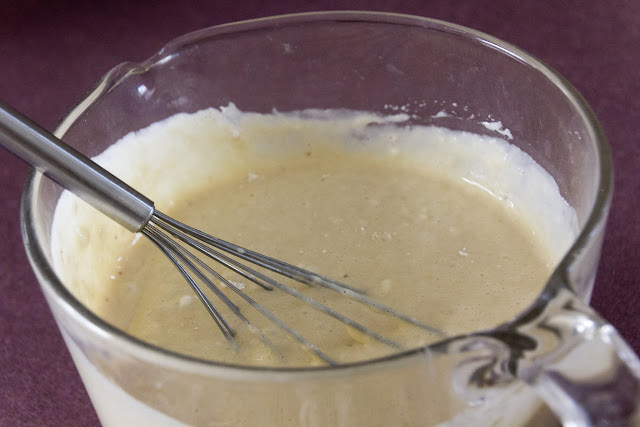 Whisk in the banana mixture, just until combined.  Do not overmix. Preheat the oven to 350° F.  Spray a loaf pan with cooking spray and pour the batter in. 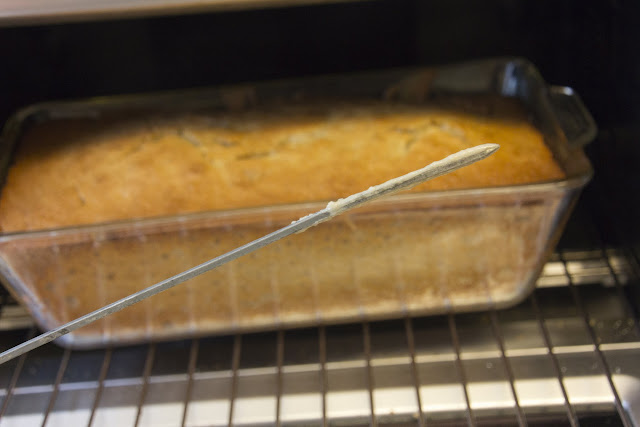 Bake until the bread passes the toothpick test.  The original recipe says 45 minutes to an hour.  I've had it take up to an hour and 15 minutes. 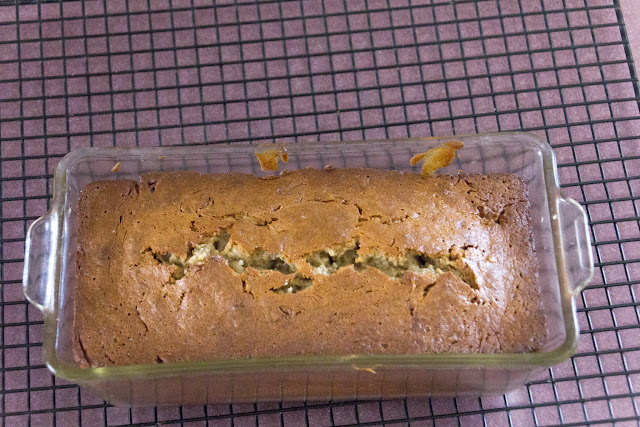 Let it cool on a wire rack for a few minutes. 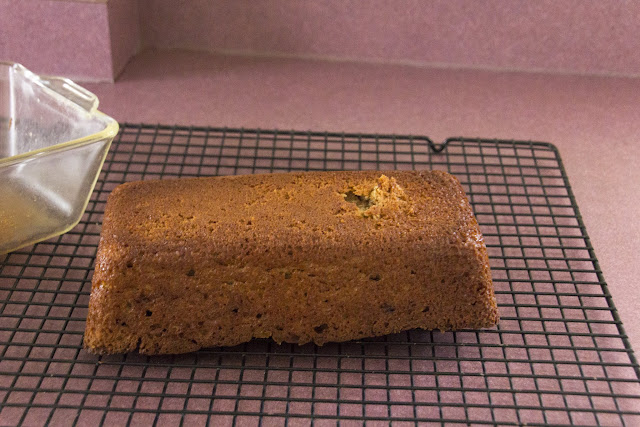 Turn it upside down to release the bread from the pan. 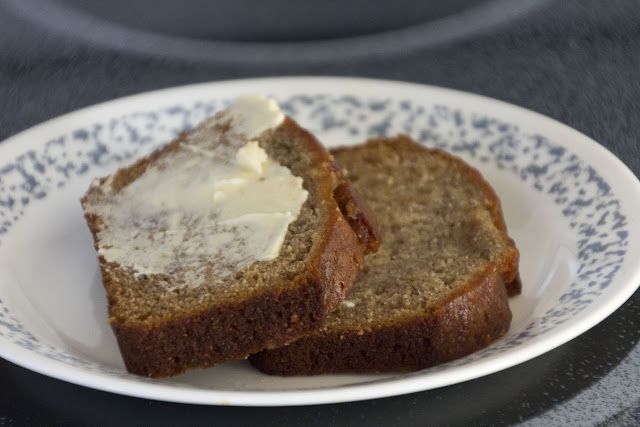 Butter generously and eat.
Posted by Birchwood Pie at 2:35 PM

Email ThisBlogThis!Share to TwitterShare to FacebookShare to Pinterest
Labels: Snack