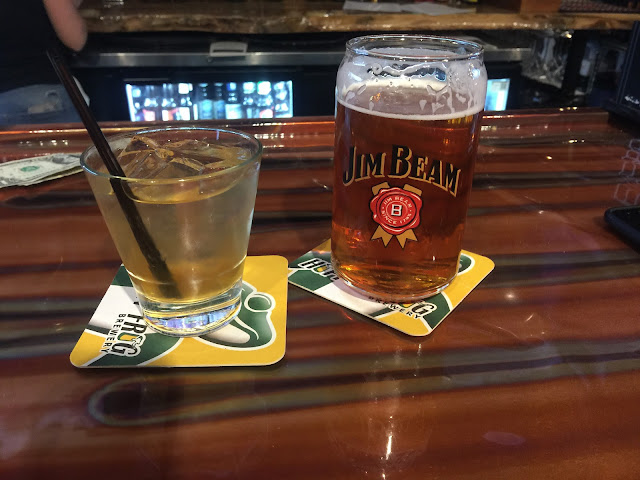 A weekly roundup: eats, workouts, watches, and reads.  Meat n' potatoes edition.
This was a week of extremes.  Lots of meat n'potatoes and an epic stomach bug that took me out of circulation for a bit.


Weekday Breakfasts
Breakfast Burritos
Lots of Avocado Toast.  I had three on point avocados left over from last Saturday's party, so I had an unlimited avocado budget this week.  I kept them in the fridge until I could get to them. 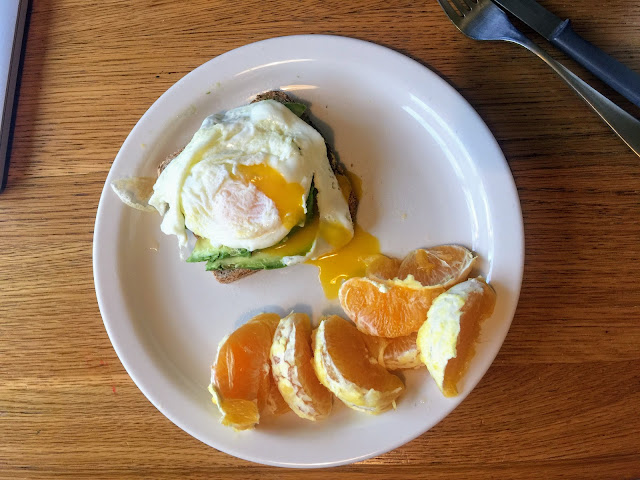 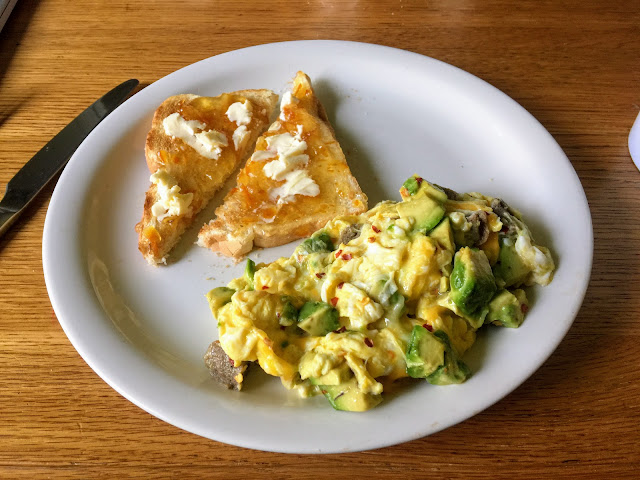 Sunday: A mess of two cheesy scrambled eggs and green salsa in a tortilla. 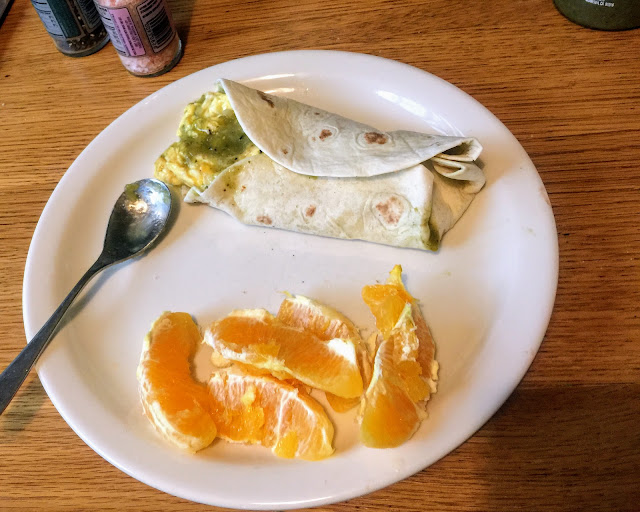 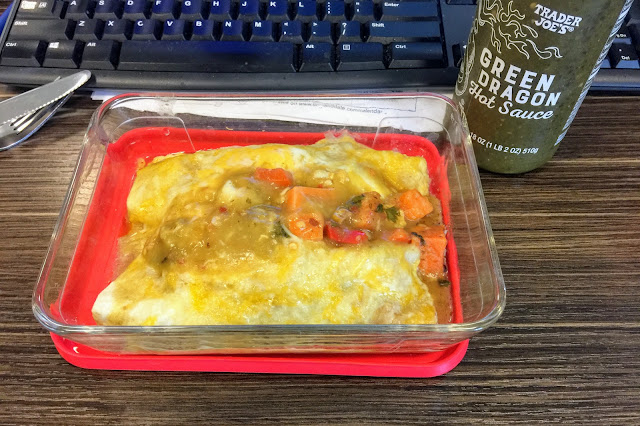 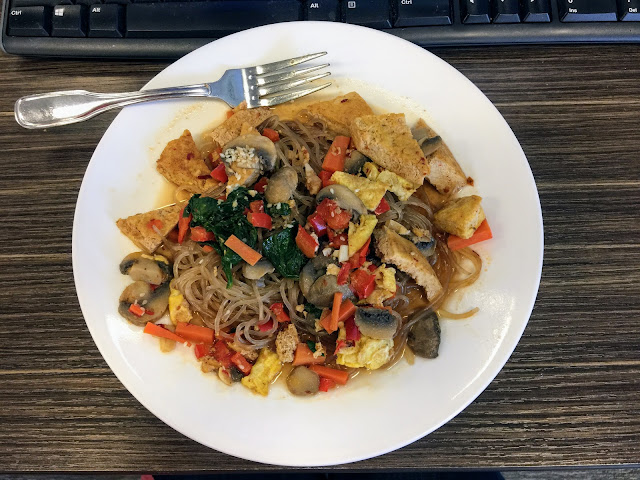 H: Eek, dumb stomach bug.  Food was not my friend.  Nibbled at snacks to stay alive.  Having a food blog is a pretty big clue that I'm into food, but for Thurs & Fri the last thing that I wanted to do was eat.

Weekend Lunches
Saturday: Spinach Artichoke Pasta
Sunday: A mess of diced sweet potatoes topped with cheese, salsa, and homemade guac with the very last half avocado and some fritos to help scoop it up.  I still had cilantro and a lime half from last Saturday's party and was so happy to get some guac out of the deal.

Weeknight Dinners
Monday and Tuesday (very rushed family meals, school events both nights): hubs and kids ate off the sandwich tray from the party, I had chicken sausage, sweet potato, and peas.

Thursday (fend for yourself night): nothing.  I came down with a stomach bug sometime on Tuesday and was able to limp along until things came to a head Wednesday night.  I wasn't back to normal with food until Saturday.


Friday (chill time with hubs): Nibbled at a slice of take out pizza.


Weekend Dinners
Saturday: Family birthday party for an adult cousin out on the town.  Hubs and I split a meat platter.  At this point I'm fully recovered and happy to have food back in my life.

Sunday (family meal): Fettuccine Bolognese (my take on a Blue Apron recipe, and yep we skipped the brussels sprouts).  It was on the good side of OK.  Served with broccoli, garlic bread, and salads.

Meal Prep
Honey Garlic Shrimp via Sally's Baking Addiction for lunches/dinners.  I made rice and will add broccoli.

Other
Stuff on the internet that I tried IRL: adding a splash of balsamic vinegar to avocado toast via Carrots n'Cake.  99.9% of the time I had the basic version (avocado slices with a sprinkle of onion powder topped with a drippy egg), but ya gotta mix it up once in a while with a dash or sriracha or something like that.  Balsamic vinegar is definitely a winner.

Even though my fueling was impaired by not being able to eat very much Thurs-Sat, I showed up and went through the motions.
M: weights with coffee and a one mile treadmill run afterwards
T: ran six miles outside
W: off
H: treadmill intervals - oh lord, the stomach bug was in full force that morning and I was drained.  In theory this workout is supposed to be 1 mi warmup, 1 mi cool down, 6 x 90 seconds @ 7.0 with 2 min walking recovery.  Yes, I did it but with 20 million rest breaks.
F: weights plus one mi treadmill run
S:7 miles outside, definitely on the slower side due to not fueling very well
Su: 4 miles on the treadmill for some hills - one mi warmup, 1.25 miles cool down, and this in the middle.  Did the 8% for the first time ever and oh my it was not easy.  Full disclosure: I had to stop several times to get through this.


Watching (from the treadmill): A Place to Call Home, Miss Fisher's Murder Mysteries.

Watching (from the couch): Halt and Catch Fire, Unbreakable Kimmy Schmitt, and Brooklyn 99.  Went through the drama of seeing 99 get canceled and then picked up 24 hours later.

Posted by Birchwood Pie at 9:23 PM