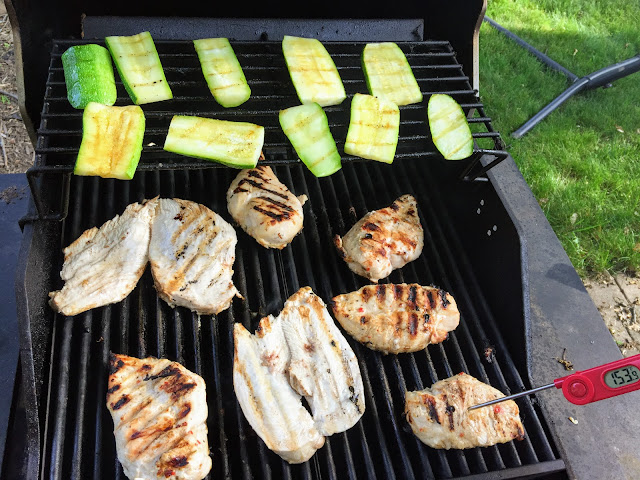 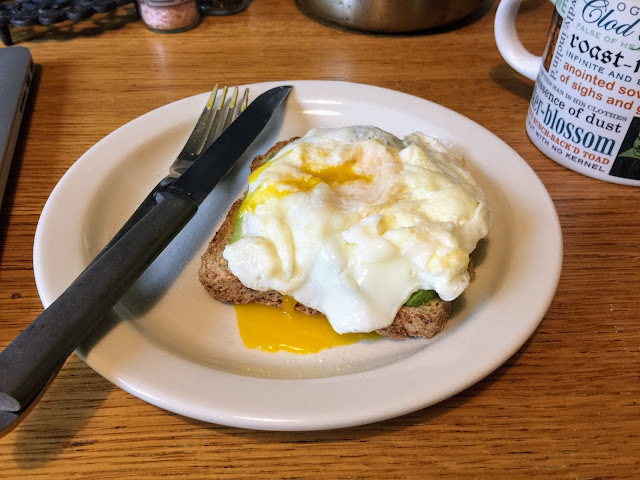 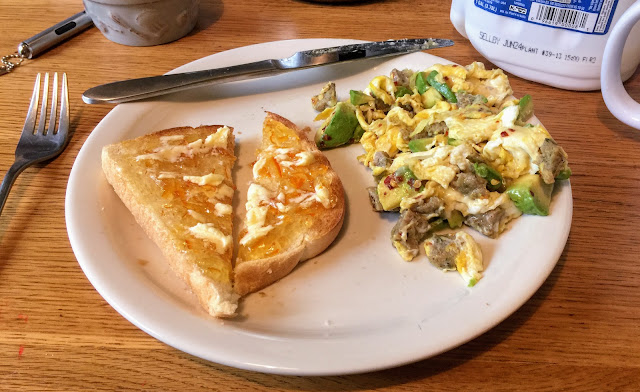 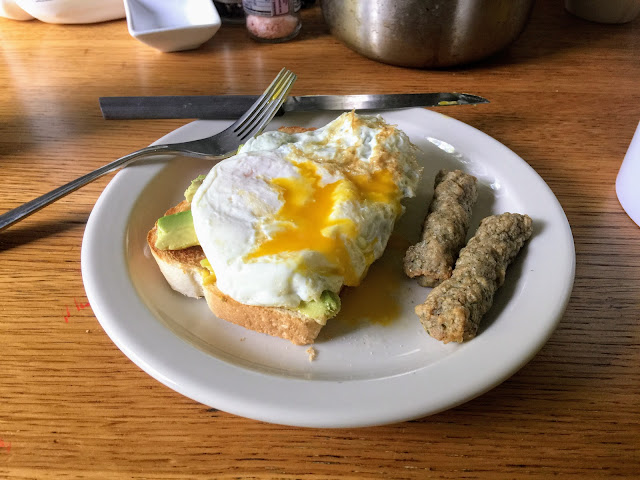 
Week 3 of #summersaladcrush.  Yet another bag of Costco's Cashew Crunch salad mix plus another smaller bag of salad greens, red pepper, cucumber, and avocado. 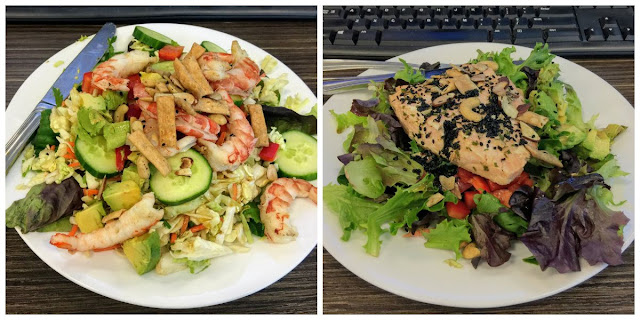 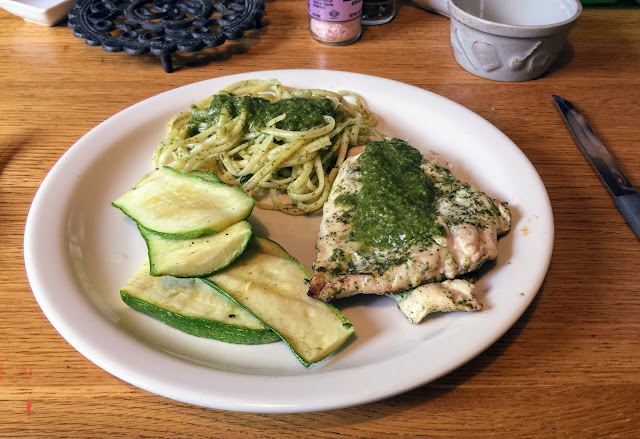 Tuesday (family meal): quesadillas for kids, chicken burrito for hubs, leftover pasta and chimichurri with a chicken sausage and peas for me.  Random but it rocked. 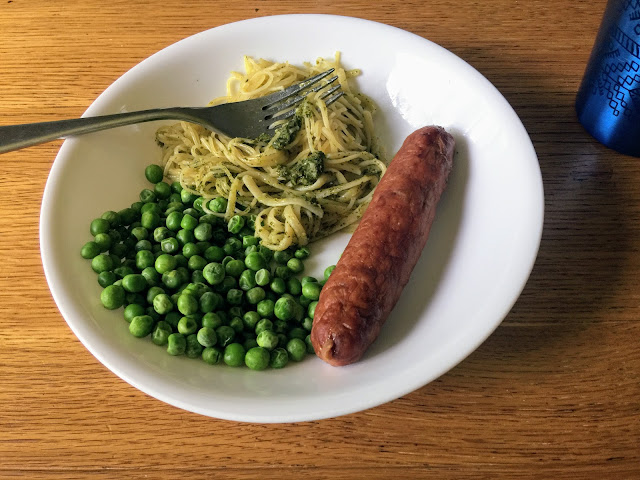 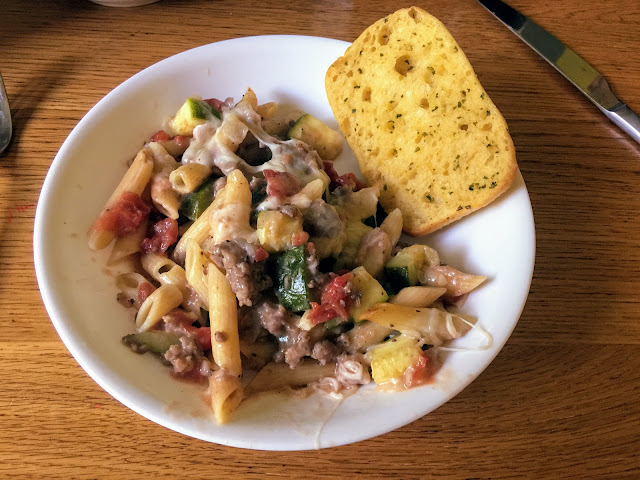 Thursday (fend for yourself night): Repeat of Tuesday's dinner for both of us.

Weekend Dinners (Kids get cookin')
We were so busy during the school year that I got out of the habit of using child labor in the kitchen.  But now that the boys have had a few weeks of summer break under their belts, it was time to put them to work.  Stepson #1 and I had some one on one time Saturday morning, so we took it to the kitchen and whipped up some chocolate chip banana bread muffins. 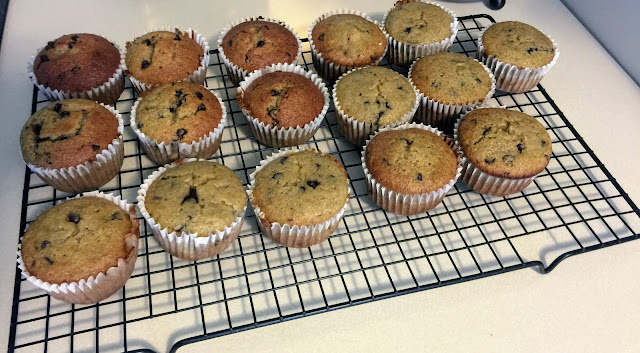 And when I say "we", the effort was 98% stepson #1's.  I supervised and peeled bananas, and he did the rest of the work including cleanup. 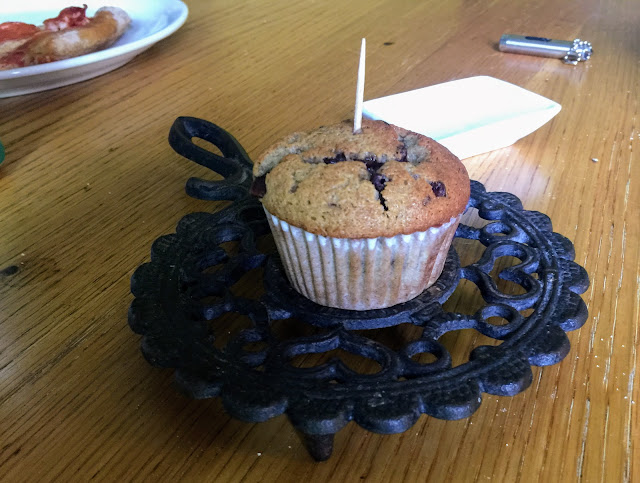 He made one muffin a little larger than the rest and claimed ownership by staking it with the toothpick that we used to test that the muffins were done.  We agreed that this was a fair wage for his labor.

Stepson #1 also requested tacos for dinner.  We negotiated that I would make the cilantro lime rice, he would make the meat and chop green onions, lettuce, and tomato, and that stepson #2 would make guac and carry all of the fixings to the table. 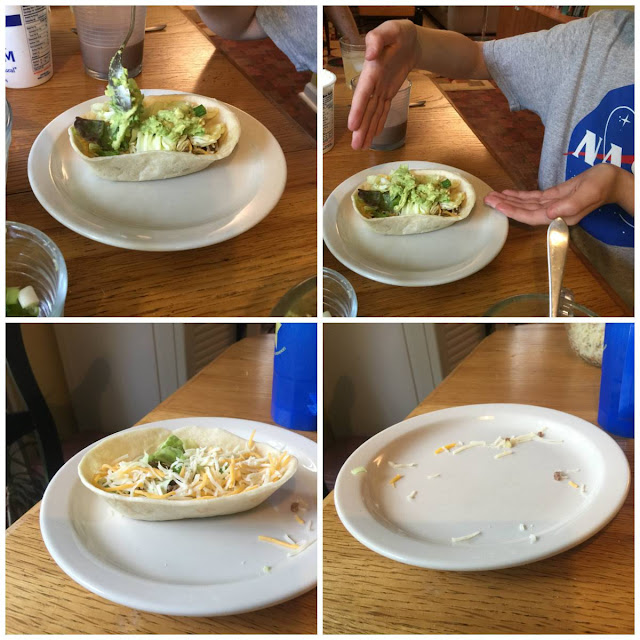 
Sunday (family meal/Father's Day gathering):
In the morning I had stepson #2 in the kitchen to make cookie dough, which we let sit in the fridge for the day so that it would be extra good.  We baked up a few cookies during dinner and froze the rest of the dough.

From there we gave the boys the day off from cooking duty so that they could hang out with their cousins during the party.  I'm giving both boys a shout out for their solid kitchen efforts.  Somehow the stars aligned so that this happened on Father's Day weekend, and it was almost like an extra present for their proud father.


For the feast we had grilled chicken, zucchini, and seasoned rice.  Sister-in-law #4 brought corn on the cob, watermelon, brownies, and ice cream.


Meal Prep
Another week of summer salad crush is in store.  I mixed it up by getting Costco's chopped Mediterranean salad mix and made a batch of Well Plated's Chickpea Salad.  Tune in next week to hear about it.
Workouts
M: Weights and one mile treadmill run.
T: 4 mile outside run
W: Off
H: Treadmill interval run
F: Weights and 1.5 mile treadmill run.
S: 6 mile outdoor run.
Su: 4 mile treadmill run (usually Sunday is a rest day, but I had both the time and energy to put in another run.  Or maybe I just wanted to see the next episode of my dedicated treadmill show, A Place to Call Home.  Whatever my motive, it was a fantastic workout.)
Still doing: Popsugar's 100 pushup challenge, though I missed a day and kind of made it up from there on my own terms.


(From the couch with family): Futurama

Reading
The Tuscan Child by Rhys Bowen, same author as In Farleigh Field, which I loved.  Thumbs up.

Posted by Birchwood Pie at 8:20 PM