July 4th holds a special place in my heart because it's the day that I met my stepsons.  We never did a formal introduction, hubs just started bringing me to family functions.  July 4th and the city fireworks show just happened to be the first time that the four of us hung out together.  We've spent every July 4th since then together and a few years ago added a July 4th 5k to our family tradition.  And for the 2nd year in a row we've made smores bars.

I've written about these bars before, and there's nothing more to say than DROP EVERYTHING AND MAKE THESE NOW. 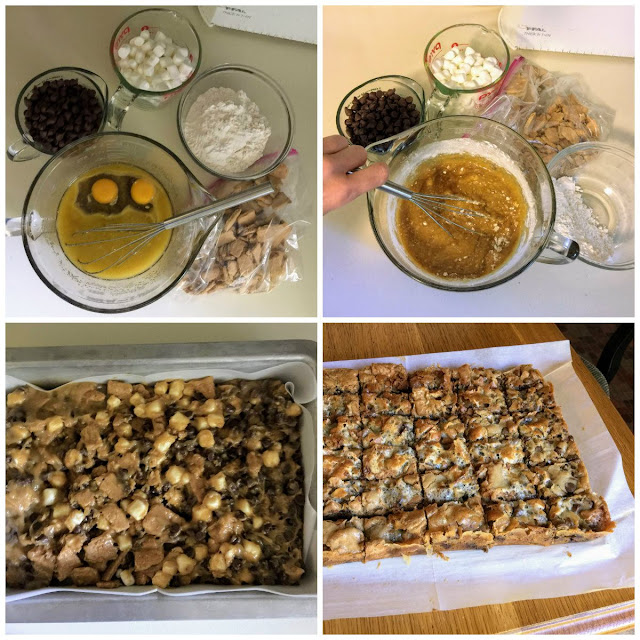 Our smores bars baking schedule for the week was:
Wed: made a double batch for a potluck, there were only a few left which we finished on Friday night at our city fireworks show.
Sat: made a single batch thinking we could have some that night but keep most of them for our family dinner on Sunday.  At the dawn of Sunday morning, there were only three left.
Sun: stopped screwing around and made a double batch like we should have in the first place. 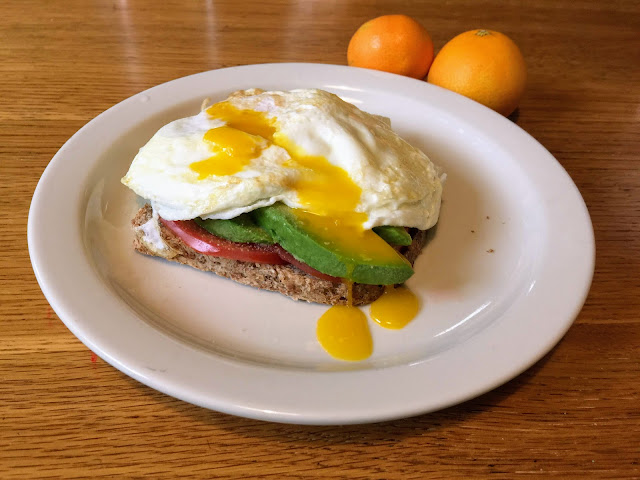 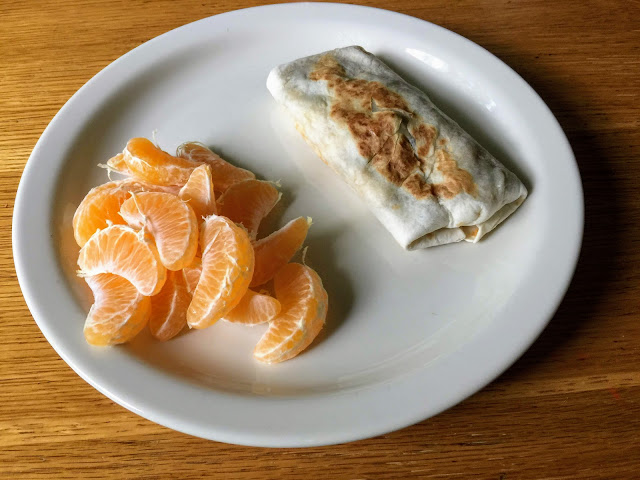 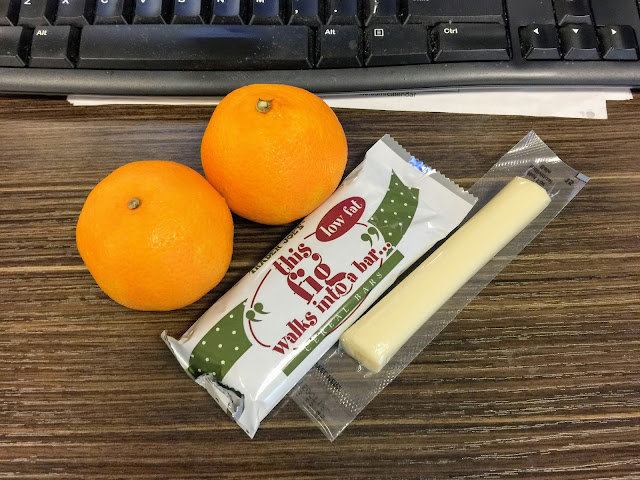 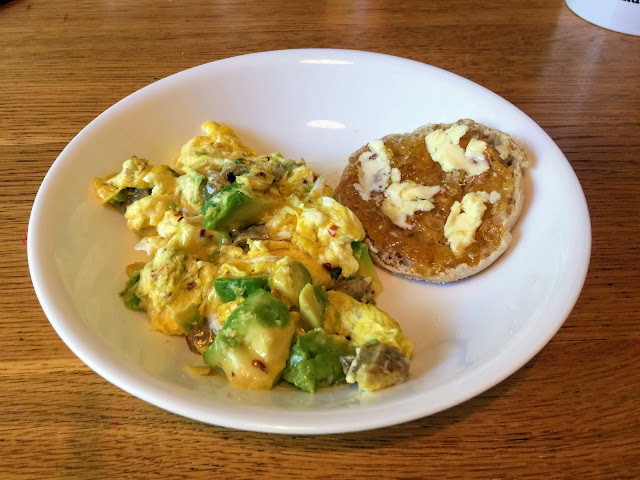 Su: Sheet pan hash browns with roasted veggies and scrambled eggs.  The hashbrown and veggie part came from the freezer (props this recipe froze excellently) and the eggs were freshly made. 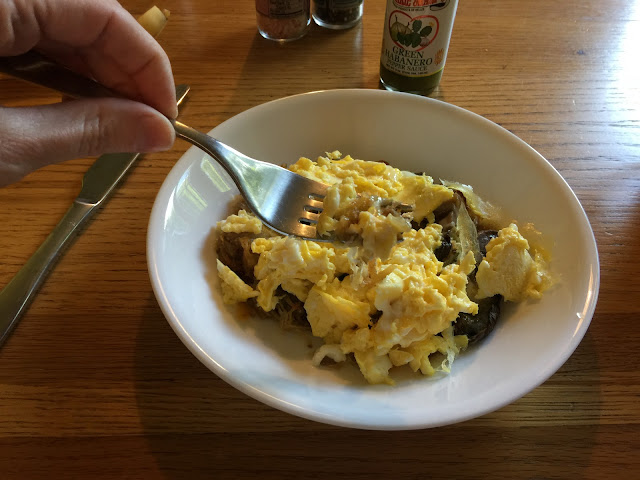 Weekday Lunches
All salads all the time from our office catered lunches.  I used proteins from the entrees to put on top, this one had BBQ jackfruit. 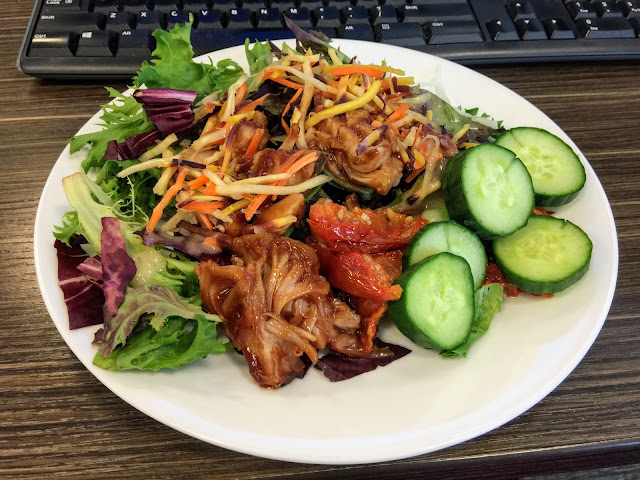 Weekend Lunches
S: Left over pizza, I threw a few kalamata olives on top to pimp it up. 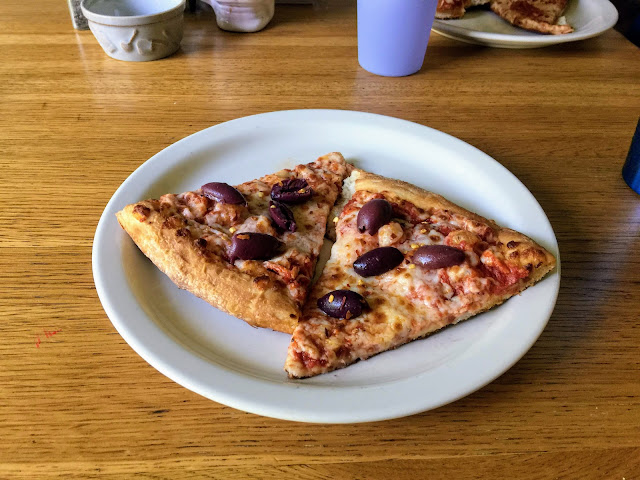 Monday (family dinner): leftover tacos for the menfolk, leftover pizza for me. 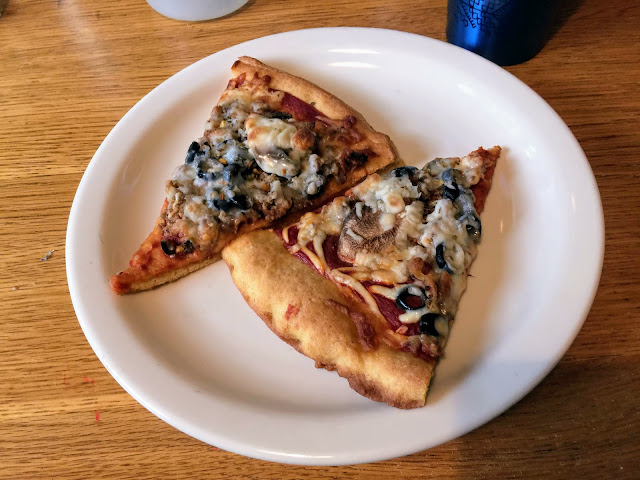 Tuesday (family meal): leftover tacos for menfolks, veggie enchiladas from the freezer for me. 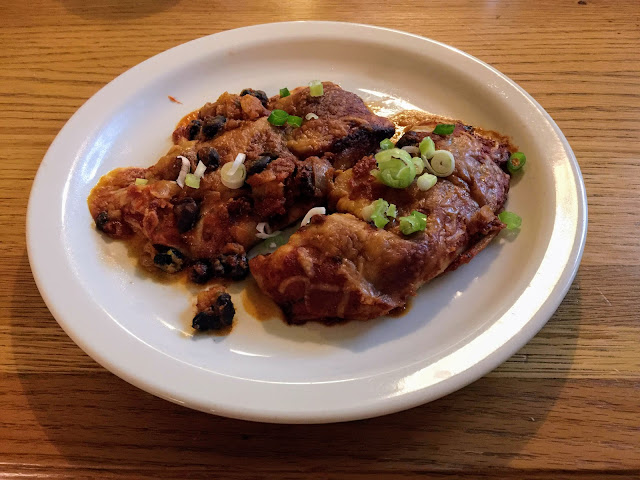 
Thursday (family meal):  Trader Joe's orange chicken with broccoli and eggrolls on the side.  One bag is a little skimpy for four servings AND stepson #2 doesn't care for it, so we give him chicken nuggets instead. 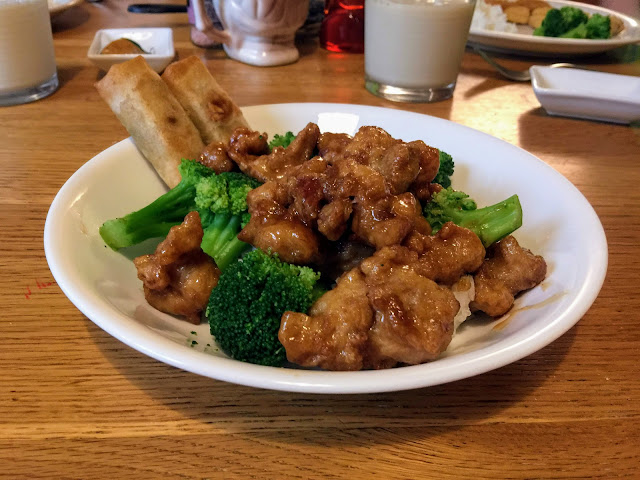 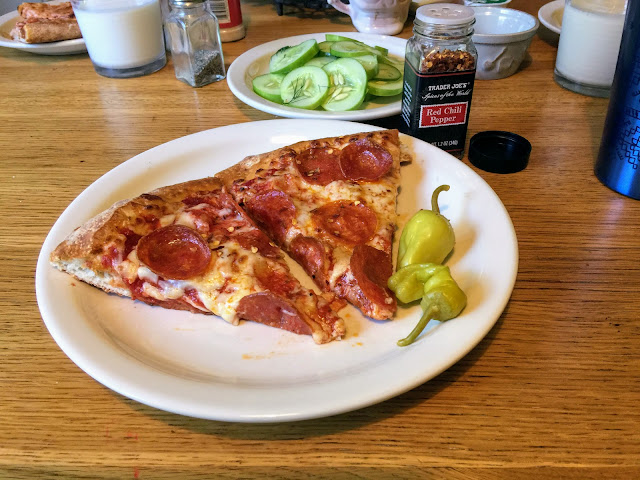 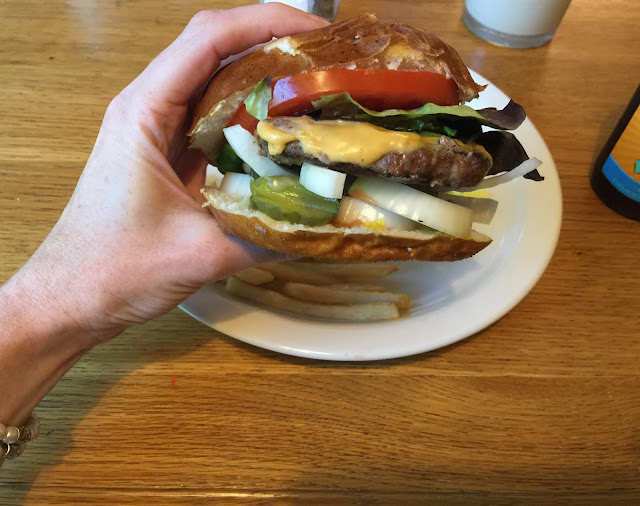 Sunday: Family dinner with sister in laws 1,3, and 4.  Takeout pizza and fried chicken with smores bars and brownies afterwards.

Meal Prep
none:-)  Expect to see a lot of avocado toast for breakfast, salads for lunch, and freezer goods for dinner.

Workouts
M: Weights and 1.75 mile treadmill run.
T: 4 mile outside run.  Even at 6AM it was miserably hot and humid and I about died.
W: Family 5k to celebrate July 4th.  The kids did the one mile fun run.  It was even hotter than the day before and I had to abandon any illusion of racing and just be happy about finishing.
H: Off
F: Weights and 1.75 mile treadmill run.
S: The heatwave was finally over!  It was low 60's with the dew point in the 50's and a light breeze.  Or as I've heard it called, "no excuses weather".  A very blissful 8 mile outside run.
Su: By rights this should have been a rest day, but the weather was just too nice and my ego wanted to get over the 20 mile mark for the week.  3 mile outside run.

Watching
(From the treadmill): How to Get Away with Murder.

(From the couch on my own): I finished Killing Eve and you can sign me up for the next season.  Since it was July 3rd, I had to rewatch Lonesome (a movie that takes place on July 3rd).  Stepson #1 came along and caught the last half of the movie.  He was able to guess the spoiler within 2 minutes.

(From the couch with family): Monty Python, Futurama, and Back to the Future.