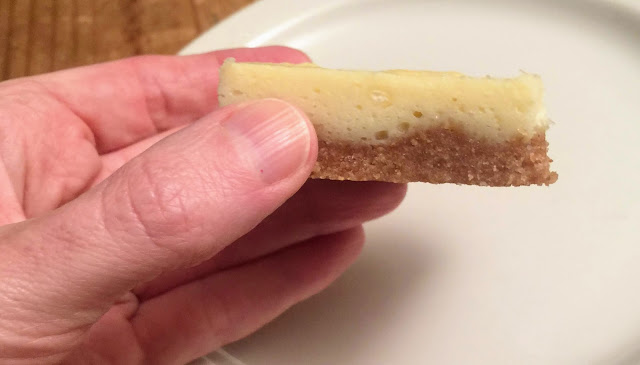 This week stepson #1 became taller than I am, we finally got good running weather, had some good eats, and I made good on my promise to make us a special dessert at least once a month.  I was at the grocery store when a voice popped into my head and told me that I had a cheesecake bars recipe tucked away somewhere that required only one block of cream cheese, so that's what I bought.  And then when it came time to find the recipe...nothing.  Not on my pinterest, not in my bookmarks or recent history, not on Brown Eyed Baker or Sally's Baking Addiction or any of my other top dessert blogs.  I turned to the internet and decided that in lieu of the cheesecake bars recipe that I couldn't find, this was going to be the one instead.  I made the crust, half of the cheesecake filling (because that's how much cream cheese that I had), and omitted the raspberries because that was never in the plan to start with.  And ta-da, it was good. 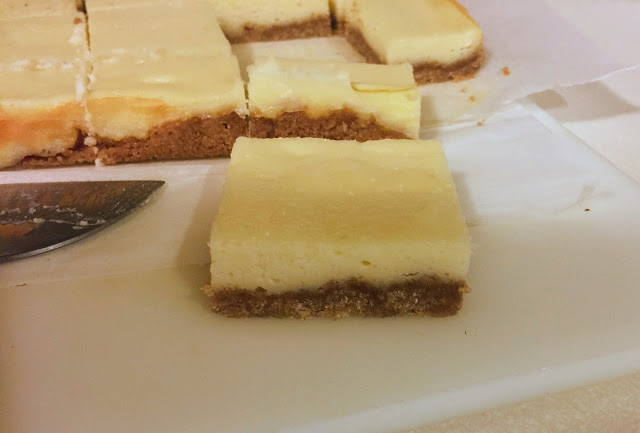 Even though I've been part of my stepsons' lives for a long time now, they both claimed that they didn't know what cheesecake was.  "You made a cake?  Out of cheese?"  When it was dessert time, stepson #2 decided to be very brave and took the tiniest little slice.  And then came back for another...and another. 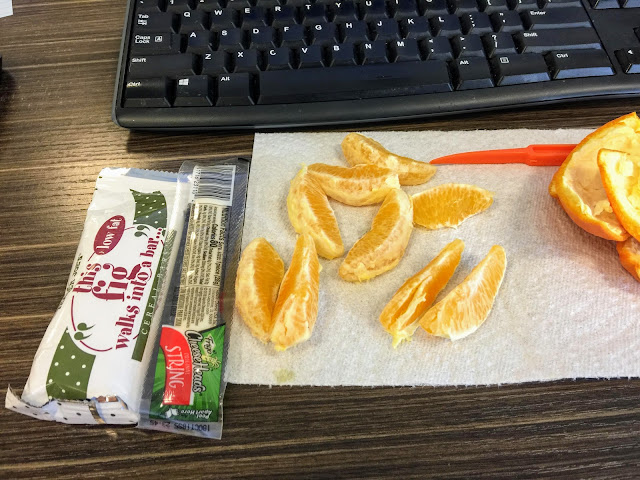 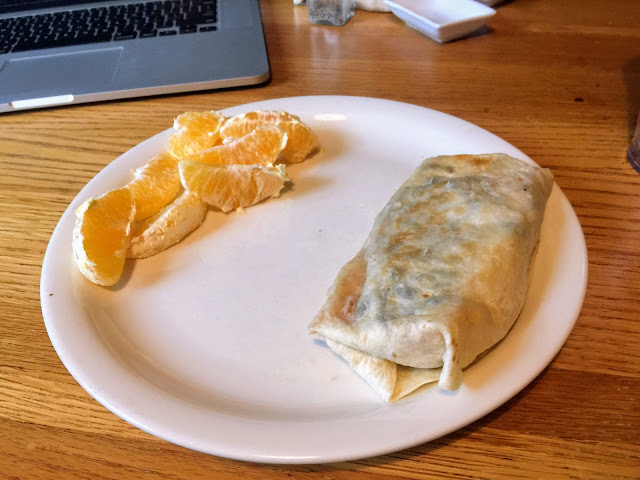 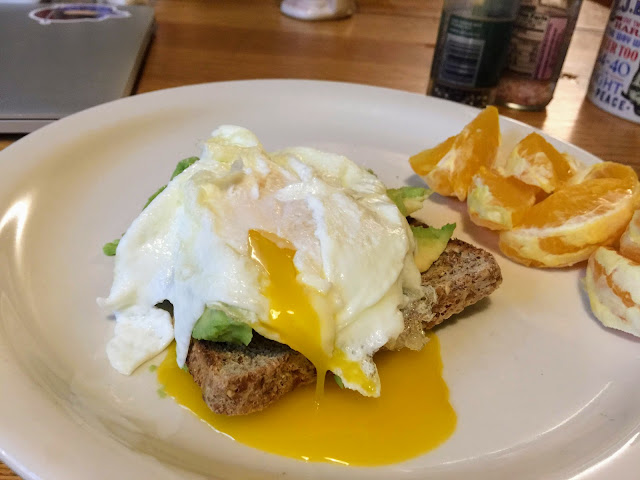 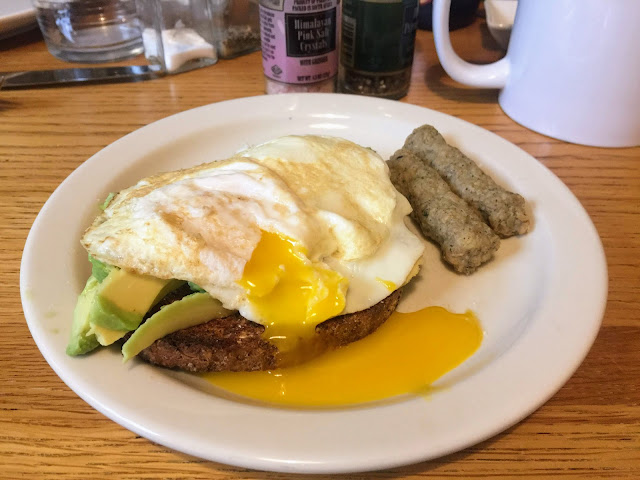 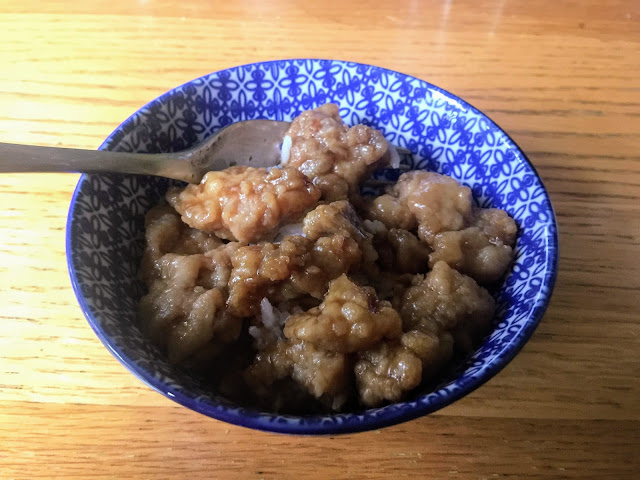 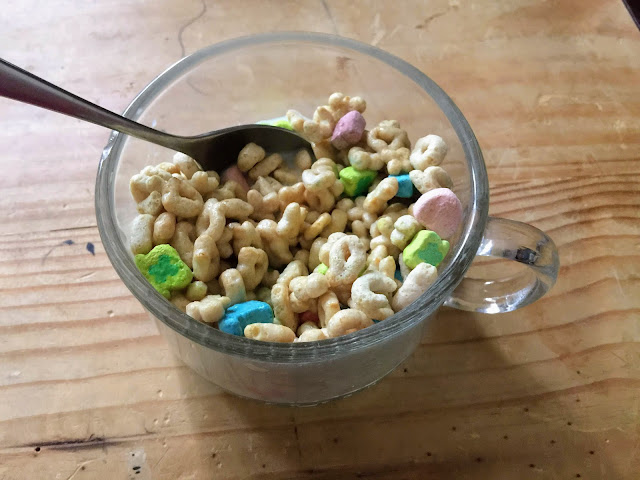 Tues, Thurs, Fri: big ol' salads.  This one had jackfruit.  I made a mess of crockpot salsa chicken for the others. 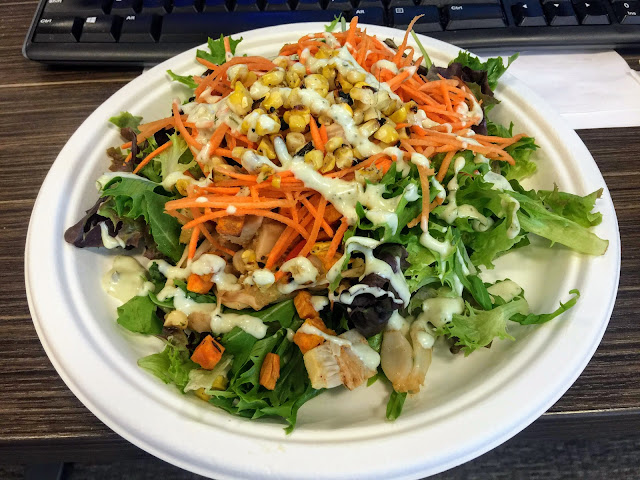 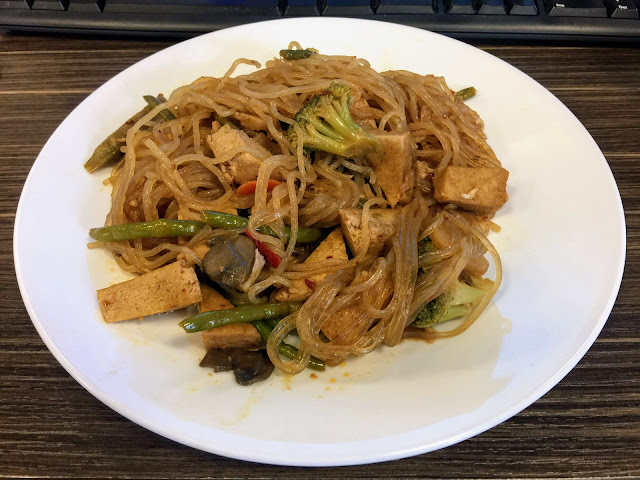 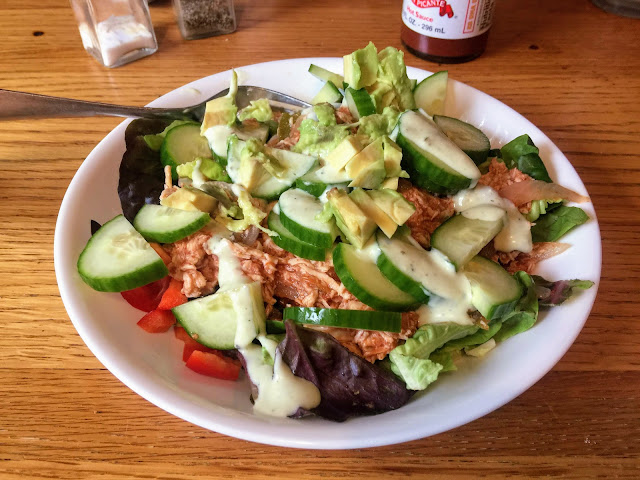 Weeknight Dinners
Monday (family meal): leftover spaghetti and meatballs. As you may remember from last week, hubs and I love it, kids are very suspicious. 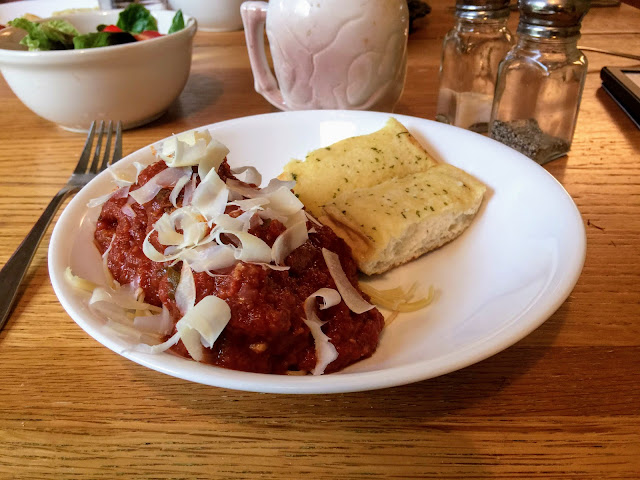 Tuesday (family meal): the Dad classic, hotdogs and mac and cheese.  My "hotdog" is a Trader Joe's chicken sausage. 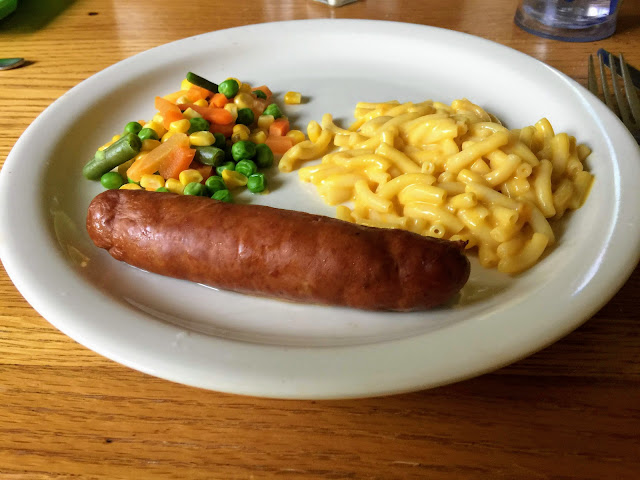 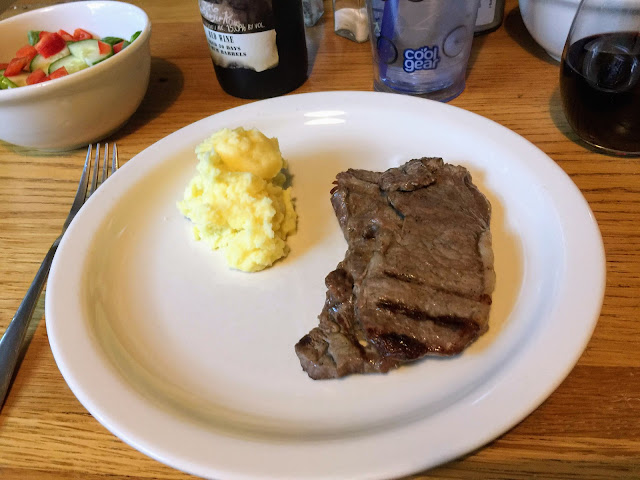 Thursday (fend for yourself night): he had ravioli, I had snacks.

Friday (family meal): stepson #1's 2nd favorite dinner after tacos: Trader Joe's orange chicken and Costco egg rolls.  We let loose and cooked up two bags instead of one.  In the past stepson #2 hasn't been a fan, so I've made him chicken nuggets so that the rest of us can get more chicken.  But since we had so much, we gave it to him, and all of a sudden he's a fan. 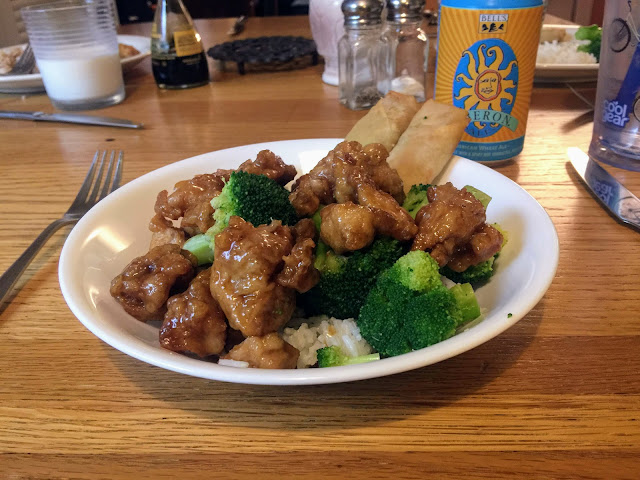 Weekend Dinners
Saturday (family meal): Chili mac and cornbread muffins (half a recipe of this). The adults were all about it, the kids less so though they ate it without much drama once they got to the table. 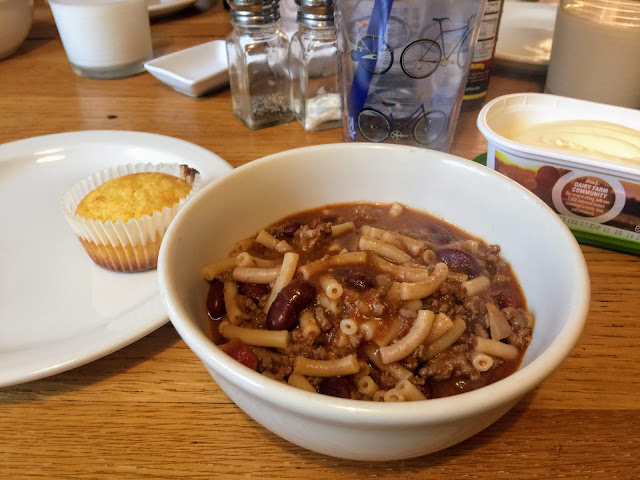 Sunday (family meal): leftoverpalooza.  Adults had chili mac, kids had orange chicken.  If you're wondering, the orange chicken isn't as good reheated, but the kids didn't seem to mind.

Meal Prep
None.  I've got plenty of crockpot salsa chicken for lunch salads and we're in a good place with leftovers.

Workouts
Monday: It was so hot out that I knew it would be treadmill and was having trouble getting motivated to start my workout.  Stepson #2 advised me to have more coffee first.  Sure enough, I hadn't finished my coffee.  Once that was taken care of, I busted out six miles with no trouble.
Tuesday: weights and 2 mile treadmill run
Wednesday: off
Thursday: dragged my way through 4 miles of treadmill intervals
Friday: the alarm clock said yes, my body said no.  Skipped it.
Saturday: after week after week of ungodly temperatures,  my ship finally came in.  It rained continuously (not a bone soaking downpour, just a nice steady mist) and every step was awesome.  It's amazing what you can do when you get a little cooperation from the weather. 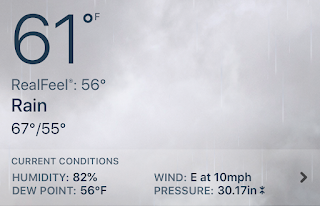 Watching
(from the treadmill): How to Get Away with Murder for weight days, The Marvelous Mrs. Maisel for running days.
(from the couch on my own): Took advantage of the four day week with a Fred and Ginger throw down!  Flying Down to Rio, The Gay Divorcee, Top Hat.
(from the couch with hubs): Ozarks
(from the couch with family): we finished Disenchanted and started Troll Hunters (who knew that Guillermo Del Toro had a kids show on Netflix?).  Saturday night movie: Goldfinger.  The boys both thought that Pussy Galore was a cool name.


Reading
After a long dry spell where I just couldn't get hooked into anything to read, I turned to an old friend.  The Adrian Mole Diaries by Sue Townsend.
Posted by Birchwood Pie at 7:33 PM