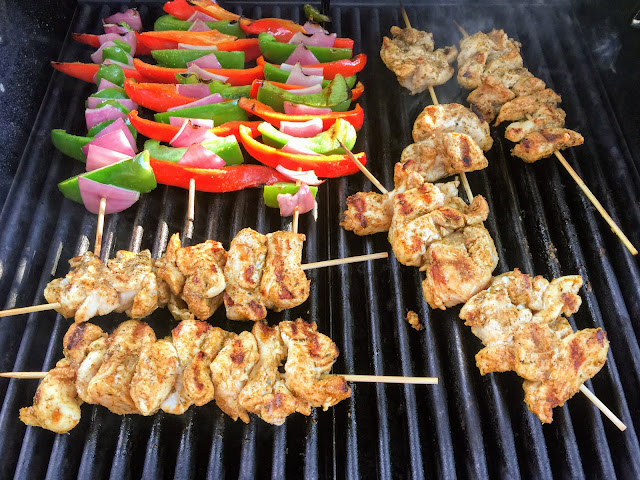 A weekly round up: eats, workouts, watches and reads. 10 mile run edition.

This week we ate a lot of chicken parmesan, and in possibly related news, I ran a lot. 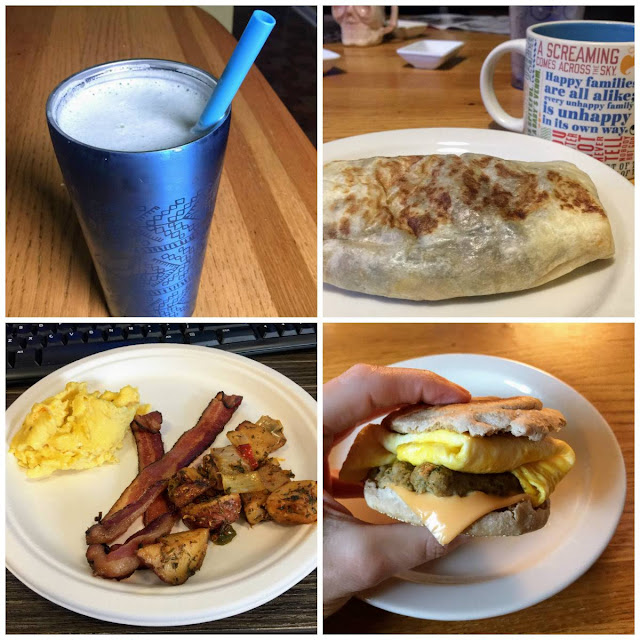 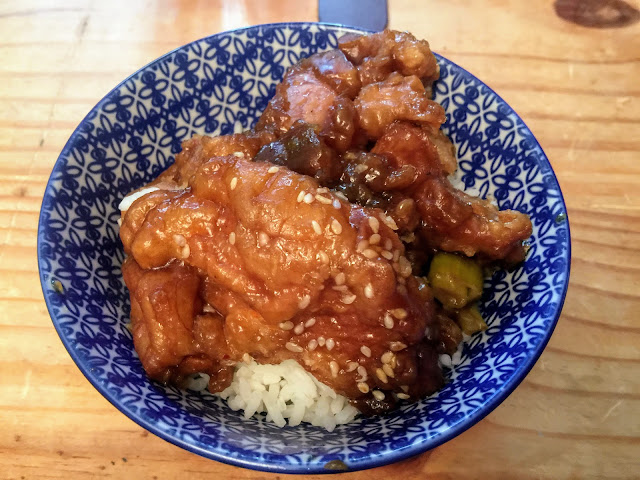 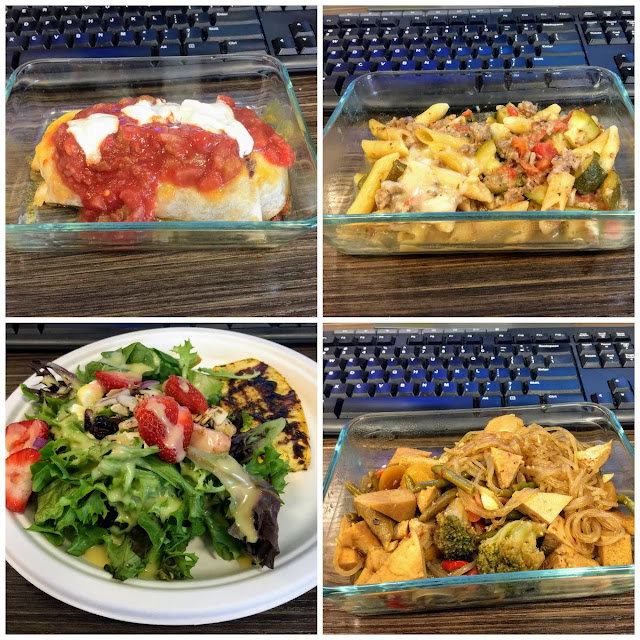 Dinners
Monday and Tuesday (family meals): leftover chicken parm from Sunday.  In a perfect world we wouldn't eat the same thing three nights in a row, but somehow we ended up with more leftovers than planned and it was good so we went with it.  Total complaints from adults and children: zero. 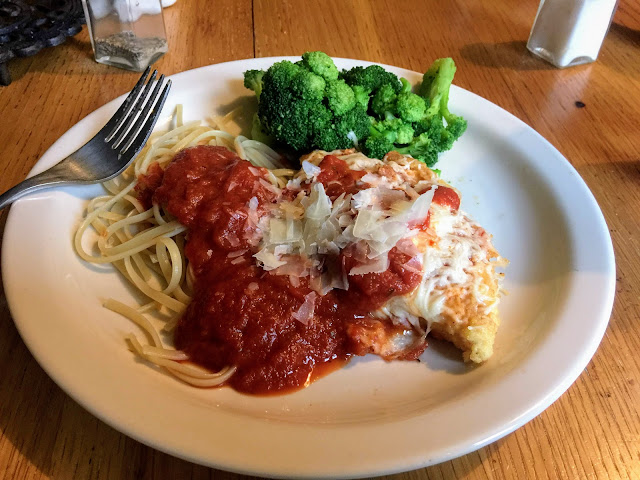 Wednesday (date night): it's my busy week at work, and I was craving a grilled cheese like nobody's business, so I asked hubs to do the honors. 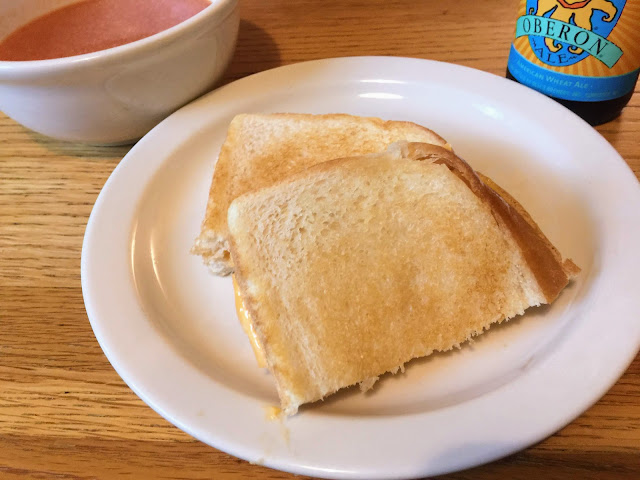 Thursday (fend for yourself night): the leftover pasta from the chicken parm with chicken sausage. 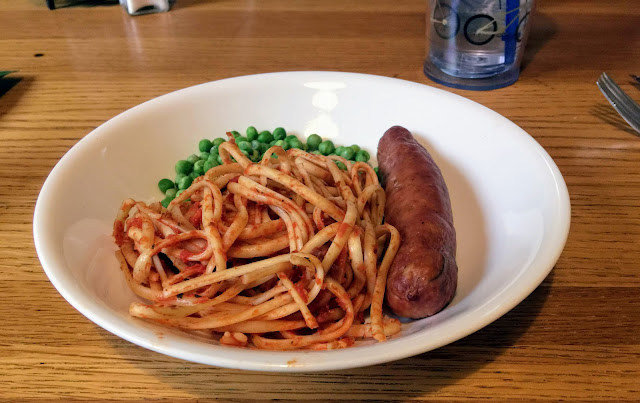 Friday (family meal):takeout pizza.  We found a place that has figured out how to put too much pepperoni on pizza.  I'd already taken about half of it off that slice and left even more behind.  We're not really complaining, just observing. 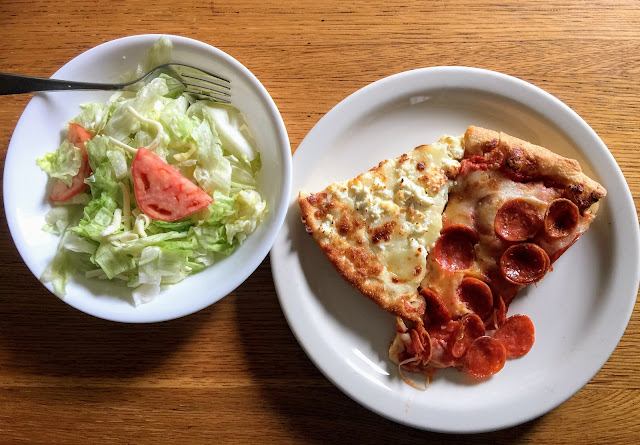 Saturday (family meal): my parents came over and brought thai takeout with them.

Sunday (family meal): fajitas!  What I do differently with this recipe: use lime instead of lemon, and I don't add it to the marinade until the very end.  I put everything on skewers and grill it, and then give it a good dose of fresh lime juice at the end. 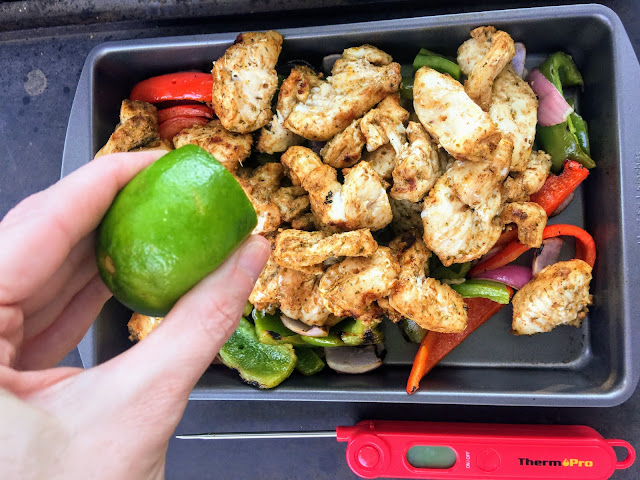 I knew that hubs and I love us some fajitas, but I wasn't sure about steps.  I do limit the foods they aren't crazy about, but beyond that it's not my job to make anyone happy.  They were skeptical when we were talking about dinner and the bits that they saw of during the cooking process (hubs had them on yard work duty so I didn't bring them in to cook).  They got computer time after yard work and weren't pleased when hubs told them to turn the computers off to come to dinner.  I'd also seen both boys sneak a few snacks, so if you'd asked me to make a bet, it would have been on the side of the youngest members of the family not having a good meal. 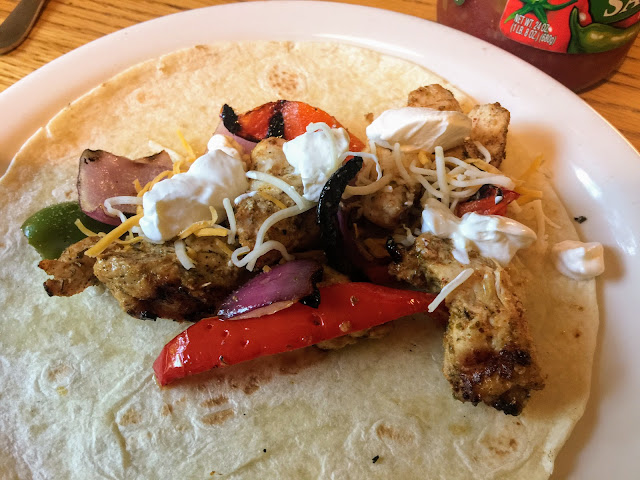 Guys, the steps inhaled their food.  Both of them.  Stepson #2 finished first, which really confused stepdog (after dinner is W-A-L-K time and he's usually the bottleneck in getting to after dinner).  Tonight was one of the best family dinners that we've had in a while.  And I feel like I spent a total of 5 minutes making it.

Meal Prep
Something you haven't seen in a while...spinach artichoke pasta! 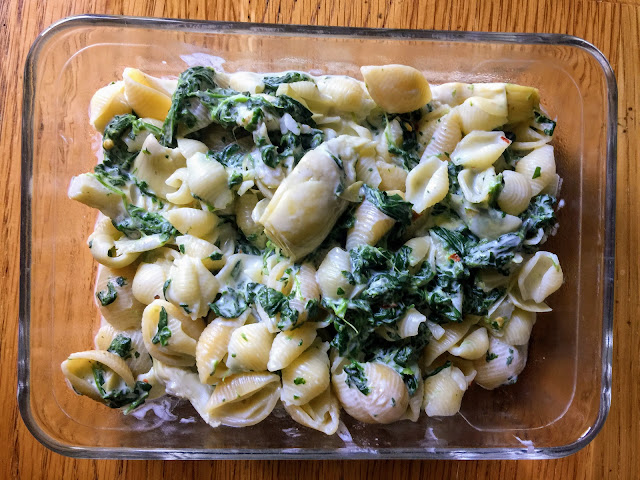 Workouts
Monday: weights and three mile treadmill run
Tuesday: five mile treadmill run
Wednesday: off
Thursday: five mile treadmill interval run
Friday: weights and two mile treadmill hill run.  I hadn't done hills in forever. Yes they're hard but I felt so strong afterwards.
Saturday: I had ambitions to do my first ever 10 mile run, but it was very warm and humid, so I checked my expectations.  For good reason, because heat isn't my friend and you've seen me crash and burn in identical weather plenty of times this summer.  I started a six mile route and went right into the zone.  Everything felt good so I added two miles on, then headed for home and decided that if I'd run eight I might as well go for the full 10.  Instantly I was rewarded by my favorite thing - rain!  I love, love, love running in the rain. I did have to walk a bit in the 10th mile but I made it.

Here's my benchmark for a 10 mile run.  Now just imagine what I could have done if the weather had been on my side.  Also, although my course was mostly flat, there were a few hills and they were oddly easy.  Surely it can't all be from that one measly hill workout the day before, but it was really nice. 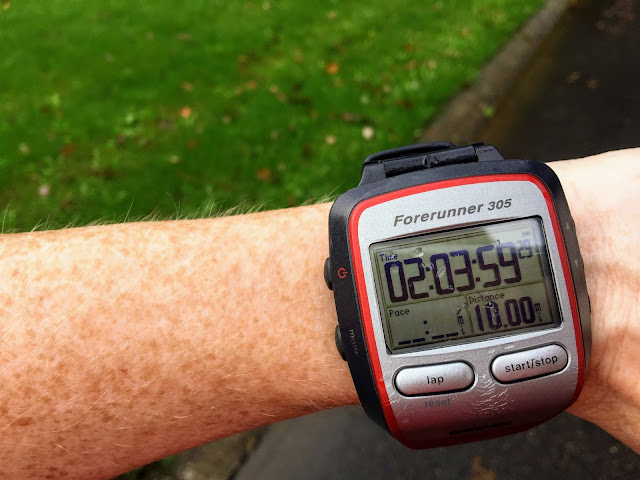 In case you're wondering about that diet thing
I posted my weight on Twitter last Monday and I'll update it tomorrow.  I'm still under 140, so it's not a total loss.  Er, gain.  Whatever.  Traditionally I gain weight over the summer and maintain in the fall, and in spite of my best intentions, that pattern is holding true this year.  I've always suspected that it was because I wear looser clothes in the summer and have more social events, and from tracking my food and writing these posts every week, I have pretty good confirmation on that.  This thing also happened that got me off my game.  I'm not sure why I don't get up and at 'em and start losing in the fall, so the plan is for me to either figure that out or to solve it this year.  Stay tuned.

Watching
(from the treadmill): How to Get Away with Murder, Call the Midwife
(from the couch): Manifest, Unbreakable Kimmy Schmidt.  As a family we watched It's a Mad, Mad, Mad, Mad World.  I saw it a million times as a young 'un, so much so that a 30 year break was appropriate.  It had been long enough that I'd forgotten most of it and was able to enjoy it all over agian.

Playing
I have to give a shout out to Bears vs Babies.  One of the steps got it for his birthday this year, but for some reason we didn't get around to playing it until this weekend.  It's a riot for kids and a riot for adults.

Reading
Remember how I just couldn't find a good book a few weeks ago?  The drought is over.  I'm just a few chapters in but I guarantee that this is going to be a good one.  After that I've got my eye on several titles on this list. 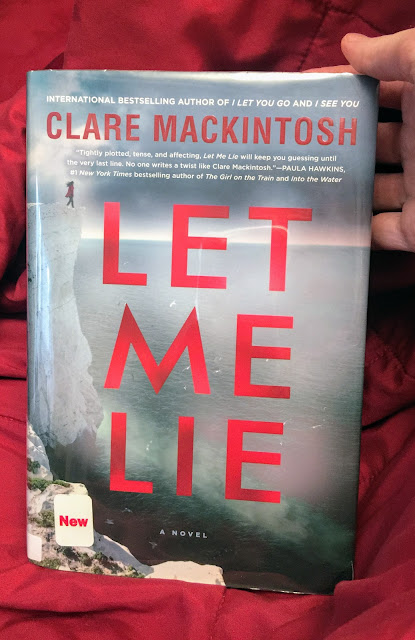