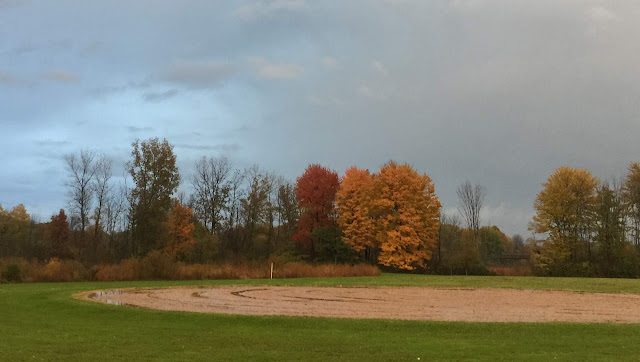 A weekly round up: eats, workouts, watches, and reads.  Autumn Edition.
Fall is finally here.  And with it, after two weeks of watching all of my coworkers, stepson, and husband get sick, it was finally my turn.  There's only so much that Emergen-C can do so this post is coming to you from the couch.  But before I got sick there was some good eating, a trip to Trader Joe's, and a lot of running, so let's chat about that. 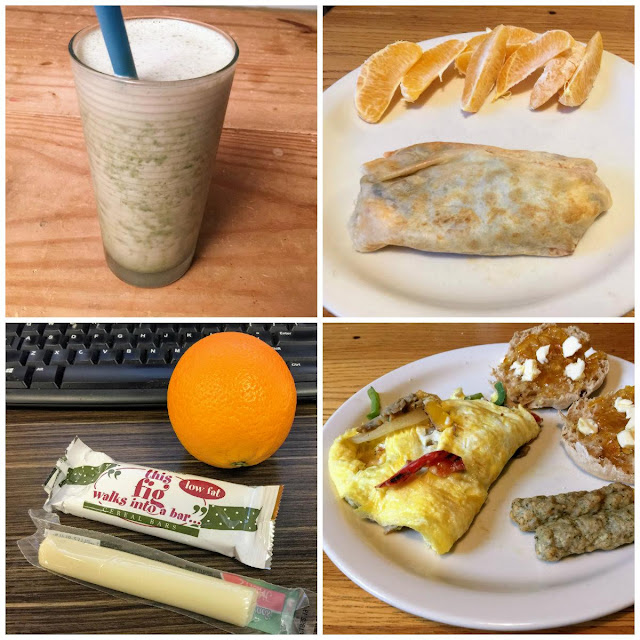 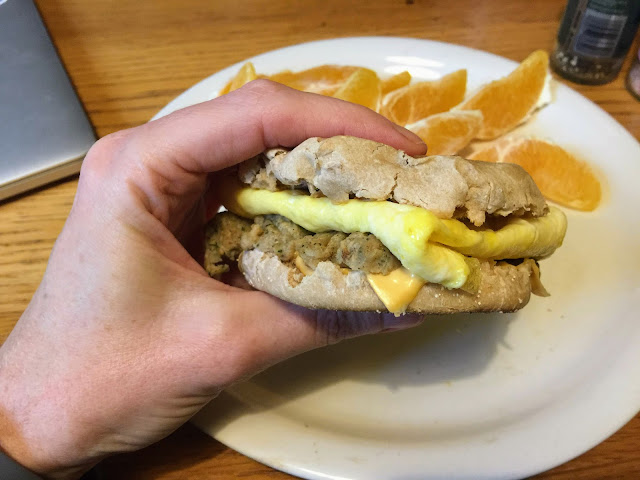 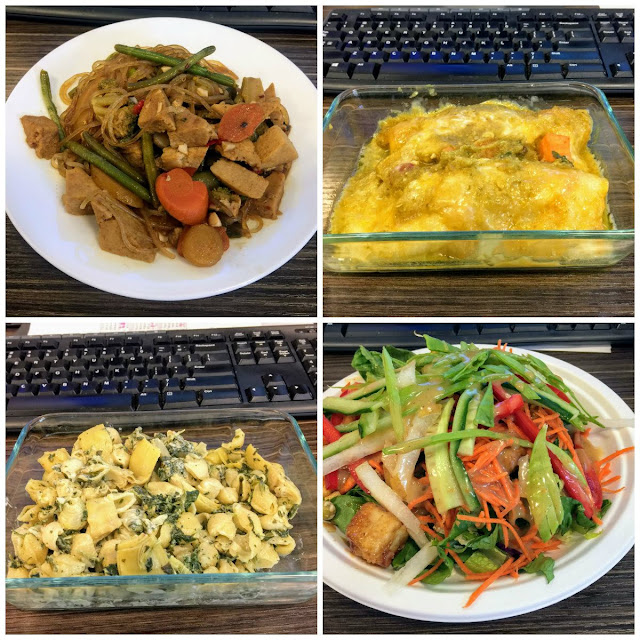 Monday: Chrissy Teigen's Actual Drunken Noodles
Tuesday: Sweet potato, corn, and black bean enchiladas with Gimme some oven's green sauce. I told you last week that I was afraid that the sauce would be too spicy, but it wasn't.  It was just perfect.
Wednesday: spinach artichoke pasta
Thursday: massive salad from work lunch catering.  There's tofu under the mound of veggies.
Friday: see brunch above plus snacks.
Saturday: snacks
Sunday: Amy's Cheese Enchiladas 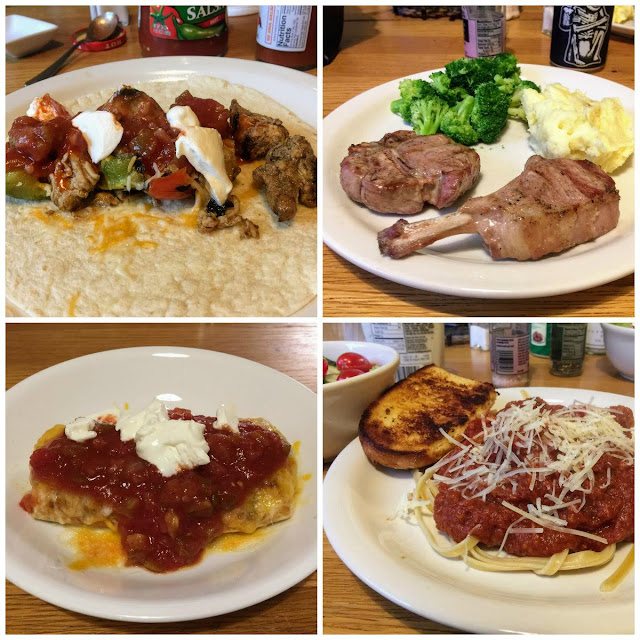 Monday and Tuesday (family meal): Chicken fajitas.  Yes, we need to break the habit that we've gotten into of having the same thing three nights in a row, but at the same time wow this is good.

Wednesday (date night): lamb time!  I made a rare trip to Whole Foods and couldn't decide between  rib chops and loin chops so I got both.

Saturday (date night): the last serving of spaghetti and meatballs from the freezer with garlic bread and salads.  Nearly 2 months in the freezer no problem.

Sunday (family dinner): we did a freezer cleanout.  The steps had lasagna, hubs had Shepherd's Pie, and I had dinner via Trader Joe's with chicken sausage, cauliflower gnocchi (with a little pesto mixed in), and peas. 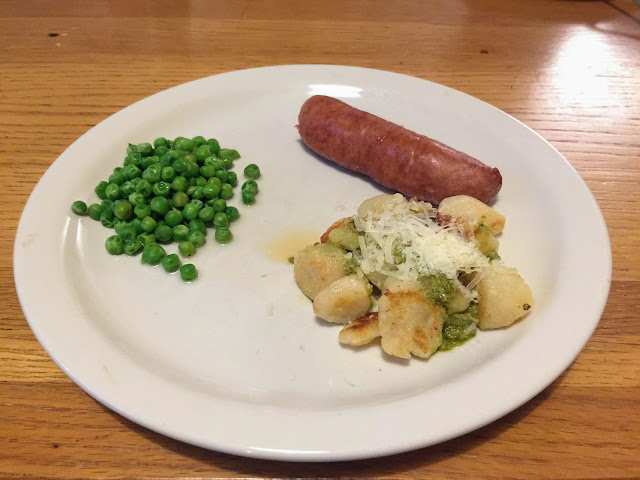 Meal Prep
Playing it easy.  I took out some chicken to thaw for tomorrow night's dinner, which we'll grill and have with rice and veggies.  All meals beyond that TBD. 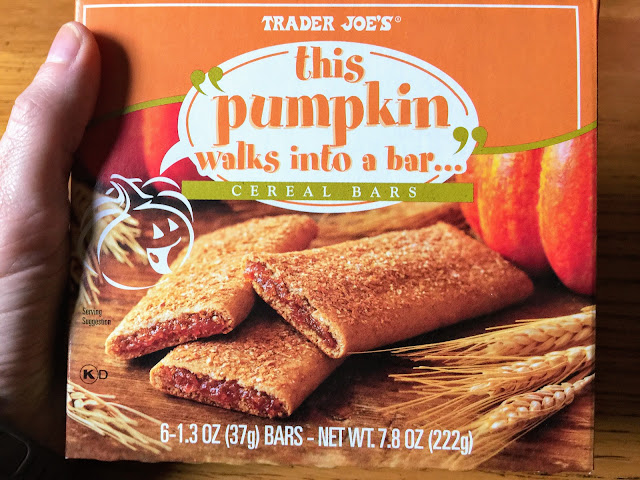 My precious!  I've gotten a box of these each year for the past few years and then kicked myself for not getting more.  The last time I went to TJ's there was no sign of them and I wasn't seeing them in anywhere on the internets so I thought that they weren't making them anymore.  And then this week boom there they were.  I scooped up 6 boxes, which should get me through until next year.  Serious love.

Workouts
Monday: weights + 3 mile treadmill run
Tuesday: 6 mile treadmill run
Wednesday: off
Thursday: 5 miles treadmill intervals (4x 800 @ 6.5)
Friday: weights and 2 mile treadmill hill run.  I had taken the day off work and treated myself to sleeping in and then to running some errands and cleaning the house, so I didn't get around to the gym until the afternoon.  Once you get used to working out in the morning, it's such a pain to work out at any other time.  Also, in the spirit of laziness, I did a ponytail instead of a power bun and had a miserable experience with my hair.
Saturday: 10 mile run!  I clearly had a cold, but decided to take a shot at running anyway, figuring that I would be miserable either way.  I stayed close to home so that I had the option to bail if the run became too much, and though the route got pretty repetitive, I did it.  Without stopping.  I've said this before, so bear with me, but before this year I was never able to run more than 6 miles at a time.  Now my mindset is that if I've already run 6 why wouldn't I just keep going and get the full 10?
Sunday: off.

Something new that I started with workouts:
Recovery drinks.  I hate, hate, hate protein powder, but after finding a smoothie that I like and having it a few times a week (for breakfast on my weight lifting days and after my Saturday long runs), I've upped my game to taking a scoop mixed with half water/half milk after my Tuesday and Thursday runs.  I hate it but it definitely makes me feel better.  I also took a nuun tablet in 16 oz of water before my run on Saturday.  Again, hate the taste/loved feeling completely hydrated.

Watching
(from the treadmill):  How to Get Away with Murder on lifting days, and I finished the latest season of Call the Midwife on my Tuesday run.  All I can say is that the finale was emotional and I got weepy.  It's tough to cry and run and the same time, though not as hard as laughing and running, which I why I never watch comedy on the treadmill.

Anyway, the end of Call the Midwife put me in a bind, because I didn't have another treadmill show lined up.  I was counting on the second season of The Marvelous Mrs. Maisel being out by now, and it isn't.  So on Thursday morning I went to Netflix and hoped for the best.  And I found it: The Bodyguard!  That was my interval running day, and running half a mile at 6.5 is very hard for me, and the show was so good that I ran over for one of my intervals because I didn't want to take my eyes off the screen.

(from the couch): I finished my Fred and Ginger rewatch with The Barkleys of Broadway.  If you're curious, I'd recommend Flying Down to Rio, The Gay Divorcee, and Top Hat.  All of the movies are worth it for the dancing, but a few really dragged.  Hubs and I knocked back a bunch of Ozarks (one episode away from the end of season 1) and saw Deadpool 2.

Reading
Finished Her Every Fear (same author as The Kind Worth Killing).  Doing some seasonal rereading of two Daphne du Maurier short stories, Don't Look Now and The Birds.
Posted by Birchwood Pie at 7:08 PM