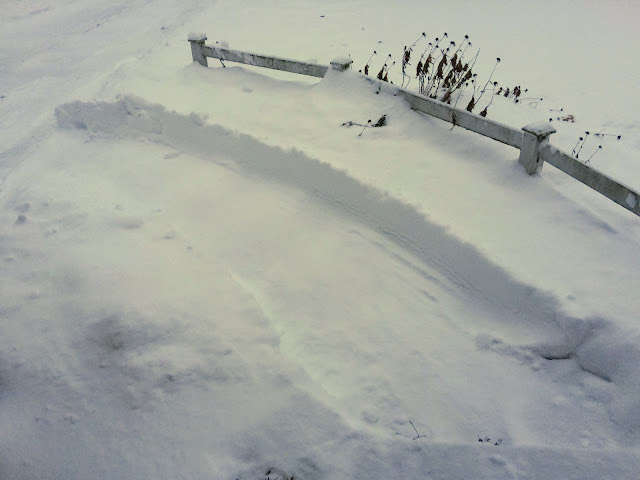 A weekly roundup: eats, workouts, watches, and reads.  We had just a little snow this weekend, found a new yummy pasta recipe, went to Trader Joes, watched some good TV, and I found out what the reward is for the Strava Lululemon 40/80 challenge.


My stepsons have been eagerly watching the forecast and predicted that Monday would be their first snow day of the year.  And then someone pointed out that it's MLK day so there's no school anyway.  So now they're a little put out that the storm couldn't have waited until Tuesday. 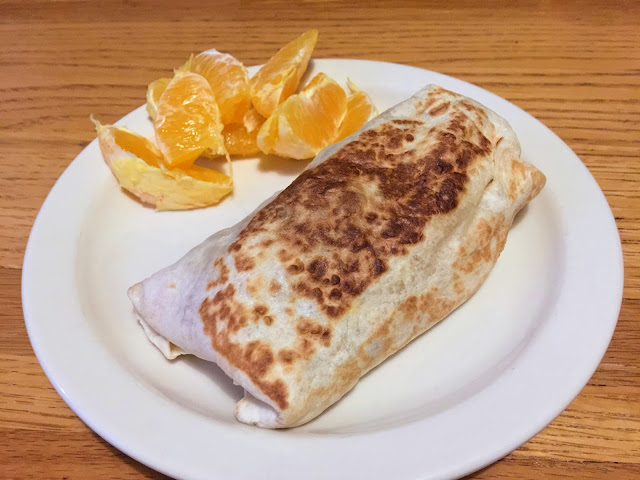 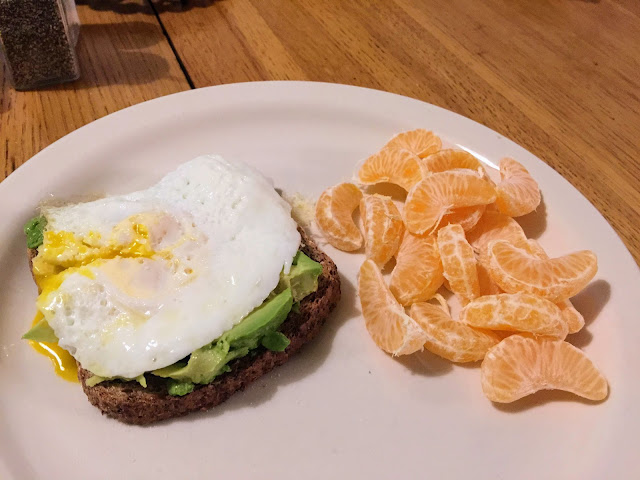 Sunday: fruit and an English Muffin with cheese.

Lunches
Monday, Tuesday, Friday: Budget Bytes curried tofu salad for the yum.  I made this because I made a work trip on Monday and needed a very portable/quick/healthy lunch.  On Monday I had it on its own with Triscuits on the side, on the other days I had it on salads.  I followed the recipe exactly.  It was pretty good right after I made it but got even better overnight and downright incredible by Friday as the flavors had a chance to develop.  Next time I might up the seasonings a bit but honestly I think this is perfect as written. 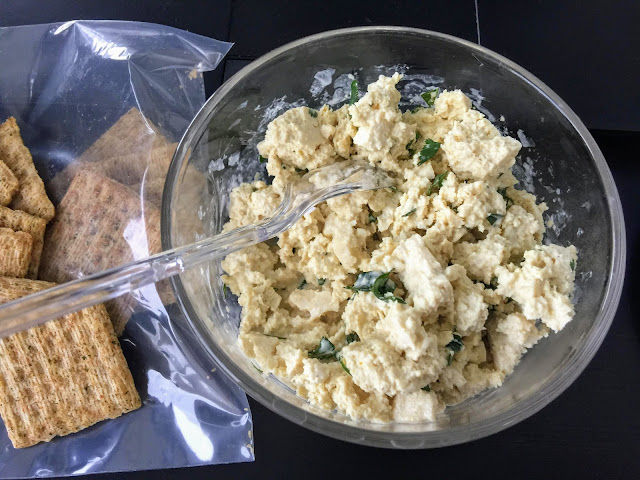 Wednesday and Thursday: more salads at work since soy was on the menu.  Our work catering does next level things with tofu. 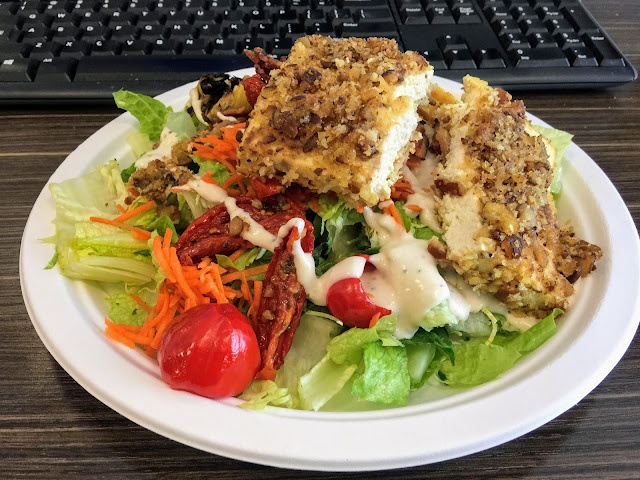 Dinners
Monday and Tuesday (family meals): nothing fancy to see here.  We ate leftover sandwiches from the deli tray we got for our party last weekend.

Wednesday (date night): I stepped it up with Flavor the Moments One Pot Creamy Sausage Roasted Red Pepper Pasta. 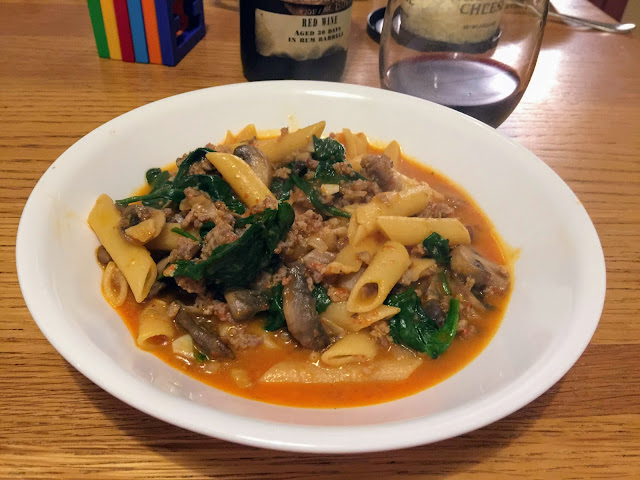 This was definitely a winner.  My only change was to use half and half instead of cream.  The only thing that I will do differently next time is to make it a two pot recipe and cook the pasta separately, which will also mean adding less water to the sauce.  This is the first time that I've made a one pot pasta meal, and there's just no getting around it, the pasta was done long before the sauce had simmered down.  But even so this was incredible and we'll make it again.

Thursday (fend for yourself night): leftover pasta for both of us.

Friday (out on the town): we went out with my husband's friends who were in town for a funeral.  Margaritas, chips and guac, and tacos.

Saturday (ad hoc dinner with friends/snow in): we attended the memorial gathering with our friends after the funeral and there was a blizzard.  The memorial was officially over at 5, but the family had the hall for the rest of the night and the roads weren't looking good, so we all stayed for a bit.  Someone made the brilliant decision to get pizza from the place down the street. 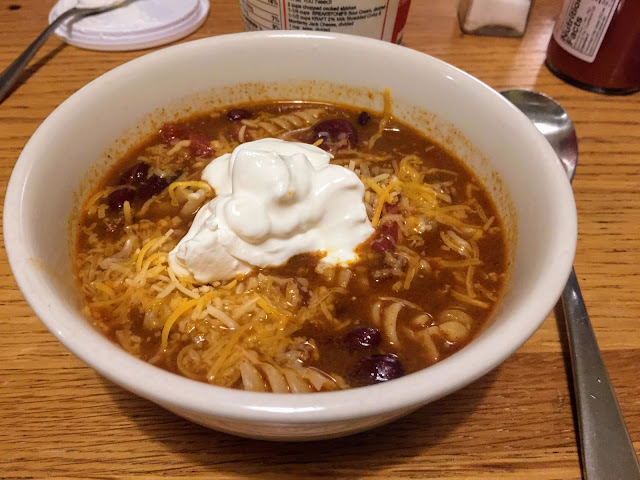 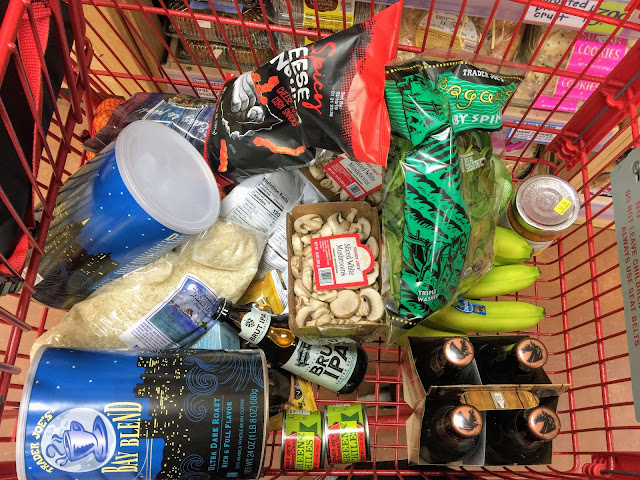 Everyday groceries that I got from TJ's because I was there anyway/price: bananas, mushrooms, avocados, garlic, spinach, canned diced green chiles, mandarins, Kentucky Bourbon Barrel Ale.

Stuff that I didn't get because they didn't have it: frozen fire-roasted pepper and onion blend (haven't seen this in a while really hope that they haven't discontinued it) and s'mores bites (there wasn't even a place for them on the shelves please please please don't let these be discontinued).

Workouts
This was my first week of "normal" workouts after two weeks of the Strava Lululemon 40/80 challenge (50 miles of outdoor running).  As expected it took my body a few days to adjust back to less frequent longer runs.  20 miles total.
Monday: off due to a business trip, but I did my normal Monday workout last Sunday.
Tuesday: back home, 4 treadmill miles that were ungodly hard.
Wednesday: off
Thursday: I didn't feel up to speed work, so I just ran 5 normal speed treadmill miles.  It was 10,000 times easier than Tuesday.
Friday: weights and 3 treadmill miles with some hill intervals.
Saturday: the weather outside was frightful, so I headed downstairs for 8 treadmill miles.  I ended up with a 10:32 pace, which felt very easy.  I could have gone further but decided to stop while I was ahead.  Fingers crossed I hope I can run the half marathon in May at this pace, which would be a 2:15 finish time.
Sunday: off


About that Strava Lululemon 40/80 challenge
The prize turned out to be a 25% off coupon.  I'll go to the store to check it out sometime next week.  I've never had Lululemon clothing before so I need to go in person because I'm not sure what my size is for them.  Yes I feel meh on the prize and most likely won't buy anything (aka I'll get 100% off of nothing) but I still enjoyed doing the challenge.

Watching
(From the treadmill): A Place to Call Home.  I'm halfway through the last season and on the one hand I'm hooked and can't wait to see the rest but it's the last season so it's going to be hard when it's over.

(From the couch):
I'll write a post someday on How We Live Without Cable, but the short version is that for one-off stuff like this, I just buy it and a rough estimate is that annually I spend less on one-off stuff than one month of cable.  Shiraz was a DVD (no idea if it's ever been on TV), Dirty John is $1.99 per episode for SD quality on Amazon.  Yes I could have saved something like a dollar by buying the entire season upfront but I didn't want to commit until I knew that I would like it...four episodes in it's safe to say I like it and also a sure bet that I'll fork out another $2 to see Dirty John the Dirty Truth.