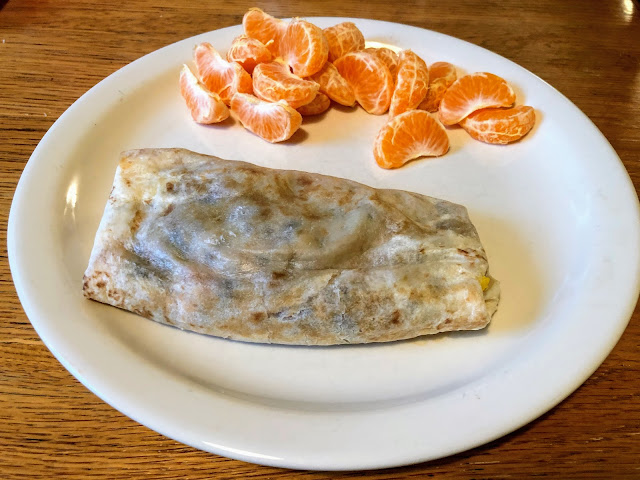 A weekly roundup: eats, watches, and reads.
Breakfasts
The same old same old and no complaints.  A mix of avocado toast and breakfast burritos.  Gratuitous breakfast burrito pic to start this post just to prove that they still exist - this has been a go to breakfast for years and I feel like I've overshared and overlinked to it, but what's a blogger to do?

Poor me, my husband was out of town on Saturday morning so I had to make my own special pre-long run breakfast.  I busted out the air fryer for bacon and french toast. 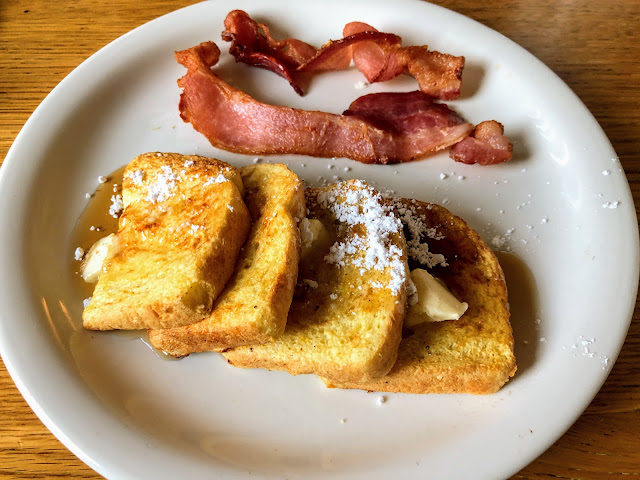 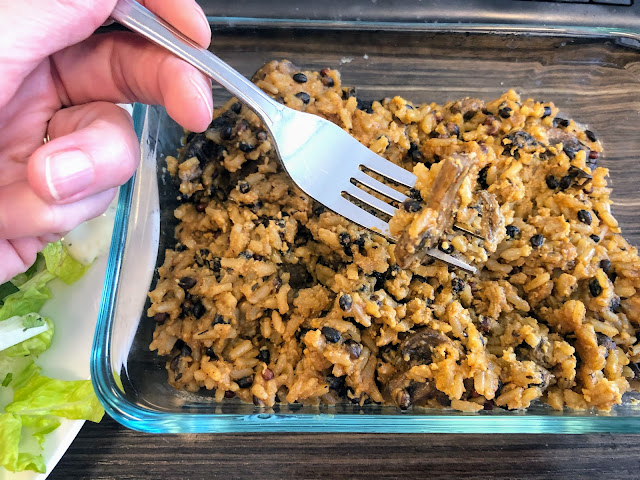 The wild rice pilaf that I made last week was delicious, but I only ate half of the portion shown and walked away from the rest.  Whatever is in quinoa that doesn't agree with me is also apparently in wild rice. (P.S. one of the points that the dietitian that I talked to last year raised was that I don't eat a lot of grain...now I know why.  Moving on....)

Dinners
Monday: my favorite dinner of the year!  Our annual boy scout spaghetti dinner and you better believe that I cleaned my plate.  The stepsons worked the event and our neighbors came to hang out with us. 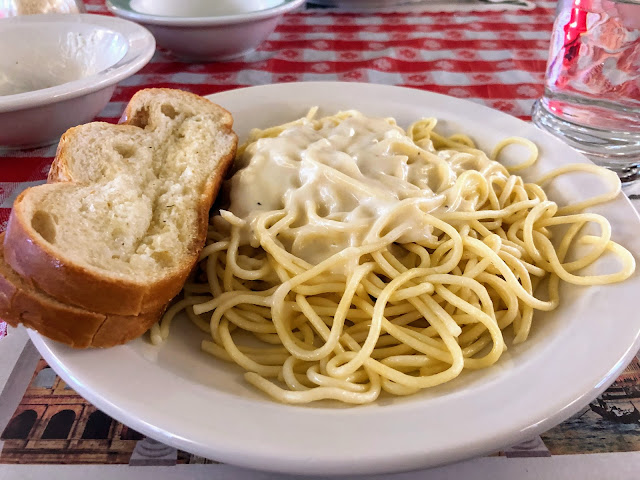 Tuesday (family meal): leftover palooza.  I stepped up and had the last portion of the baked ziti from Valentine's Day. 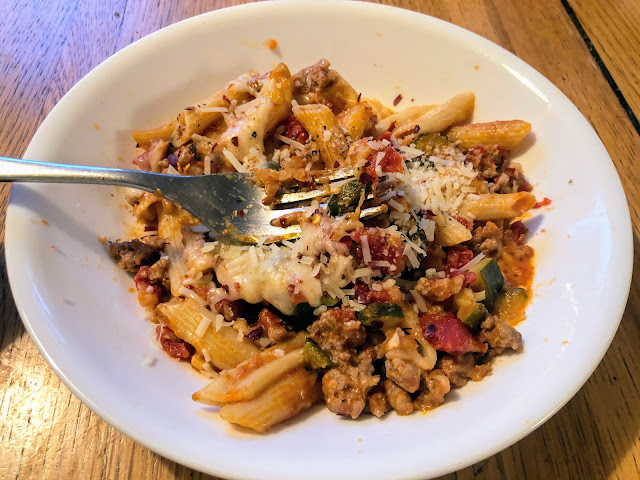 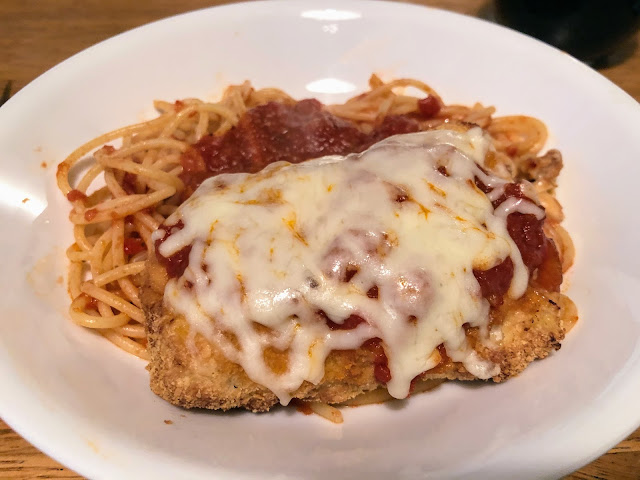 Saturday (dinner for two): hubs and stepson #1 went on a boy scout skiing trip, but stepson #2 was sick so he stayed home and it was the two of us for dinner.  He had leftover pizza, I had spinach artichoke pasta, and then we went out on the town for a dog walk.  Speaking of stepson #2, it breaks my heart to report this, but I noticed that he's looking awfully skinny lately...which uh oh means he's gotten taller.  I had hubs take a back to back picture of us when he got home to confirm: the last time we took a picture was Thanksgiving and I was still a few inches taller but two months later he's just about closed the gap.  I'm still taller but barely.  My destiny to be the shortest member of our family will soon be fulfilled. 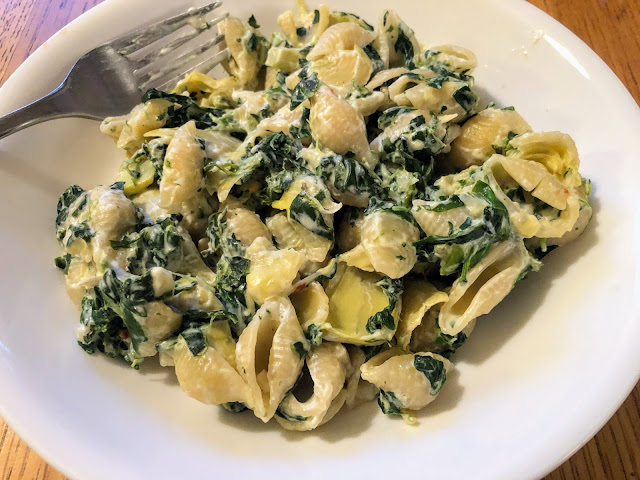 Sunday (family meal): hubs and stepson #1 survived the ski trip, so we celebrated with tacos. 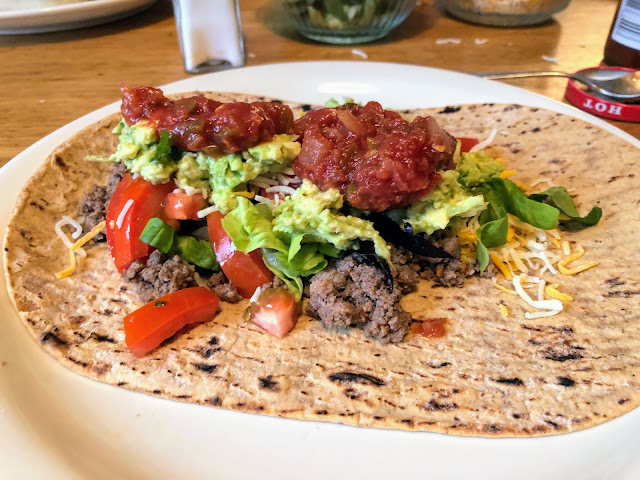 I couldn't let the Instant Pot sit idle for an entire week, so I used it for cilantro lime rice.  I'm on the fence here:
Meal Prep
We have tacos for days for family dinners this week.  I got serious and restocked my freezer: 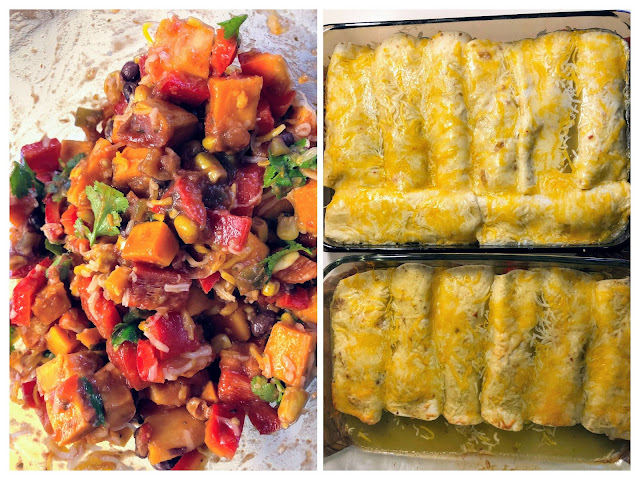 Watching
Reading
Long Bright River, I haven't had a lot of reading time so this one is going to take awhile, but I like it.
Posted by Birchwood Pie at 8:26 PM