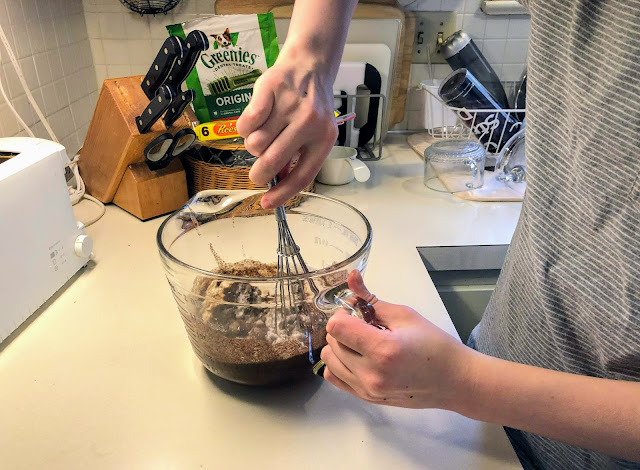 A weekly roundup: eats, watches, and reads.  In this week's edition, the stepkids cooked for us and I broke out the instant pot.

I used to get both of the kids in the kitchen on a fairly regular basis.  Stepson #1 specializes in tacos and lasagna and stepson #2 is the dessert master.  But real life happens, kids get bigger and have more demands on their time, so it's been a while since I've had little helpers in the kitchen.  And yikes they are not little any more, stepson #1 is one millimeter shorter than my husband and stepson #2 and I are increasingly seeing eye to eye and it's only a matter of time before I fulfill my destiny as the shortest member of the family.

But something got into my husband this week and he put the kids to work!  Two dinners and one pan of brownies later I am happy to report that this is a lifestyle that I could get accustomed to.  I love cooking but having someone cook dinner for you>cooking dinner.

Lunches
Another week of eating lunches at work.  I made a super delicious quinoa stuffed pepper recipe last week for lunches, but after the second serving my body let me know that it is not a fan of quinoa so back to the drawing board there. 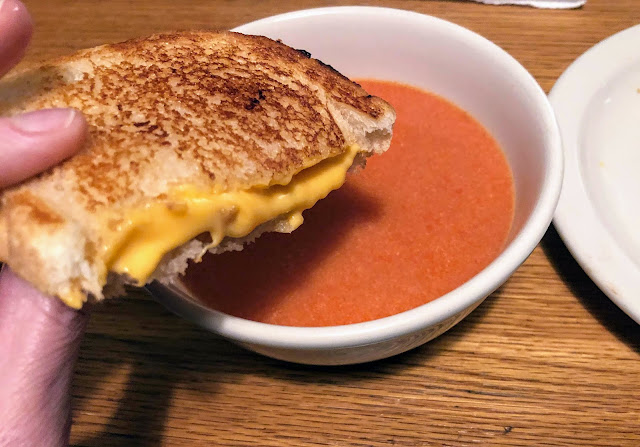 Wednesday (date night): I've heard so many raves about the New York Times Oven Roasted Chicken Shawarma and it was time to check it out.  We used skinless chicken breast.  It was good and the leftovers served us well. 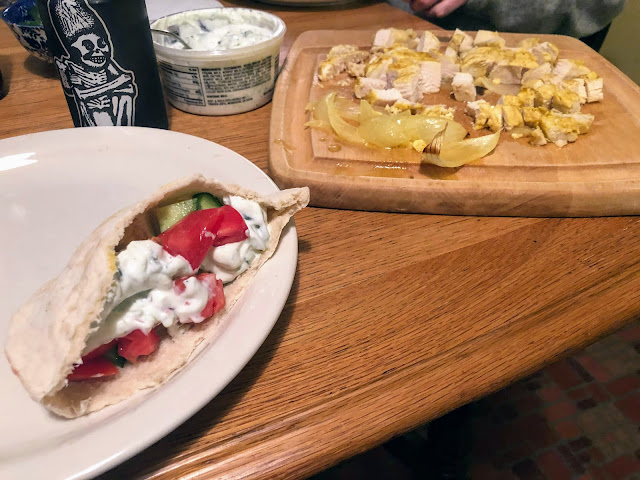 Thursday (fend for yourself night): leftover shawarma.  We used the air fryer to reheat the chicken and it was fast and worked well. 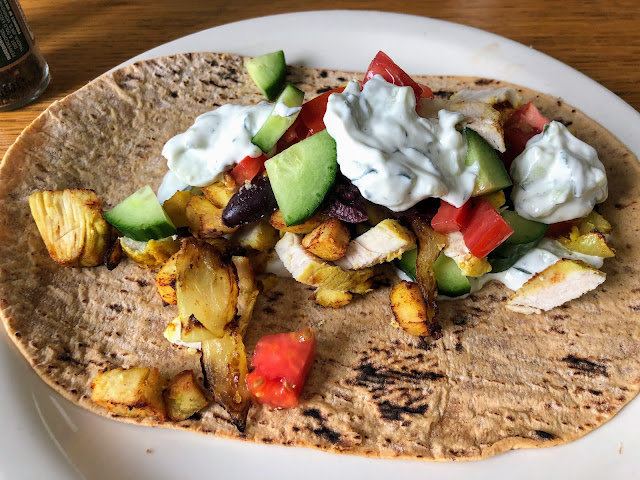 Friday (family meal): child labor meal #2.  We were snowed in all day, and Costco's orange chicken was an easy choice that didn't require leaving the house.  Hubs put stepson #1 to work 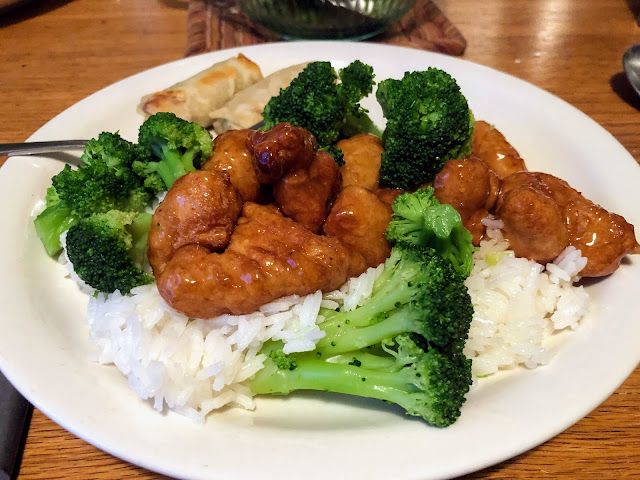 Saturday (family meal): another leftover cleanout.  The kids finished off the orange chicken and the adults had shawarma.

For dessert, stepson #2 volunteered to make the brownies from Mark Bittman's How to Cook Everything and OMG these are hands down the best brownies that I have ever eaten.  He enjoyed making them and they were so easy that I think we'll be able to keep the child labor streak going. 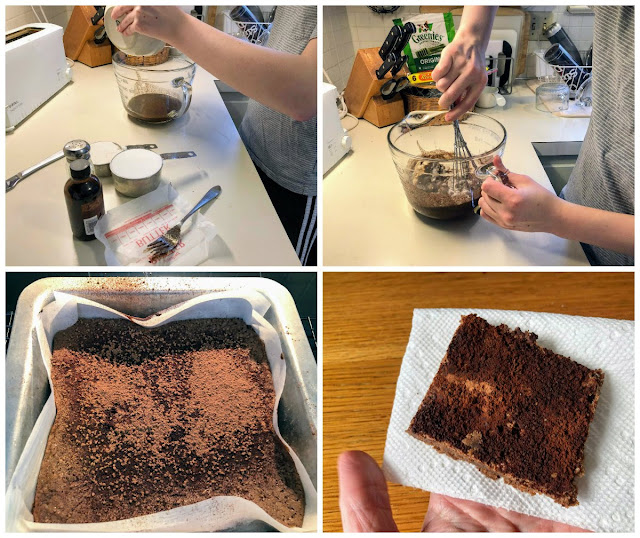 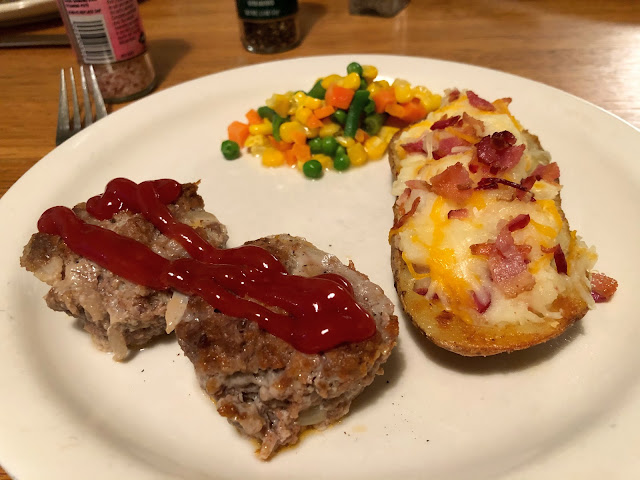 Meal Prep
So this happened... 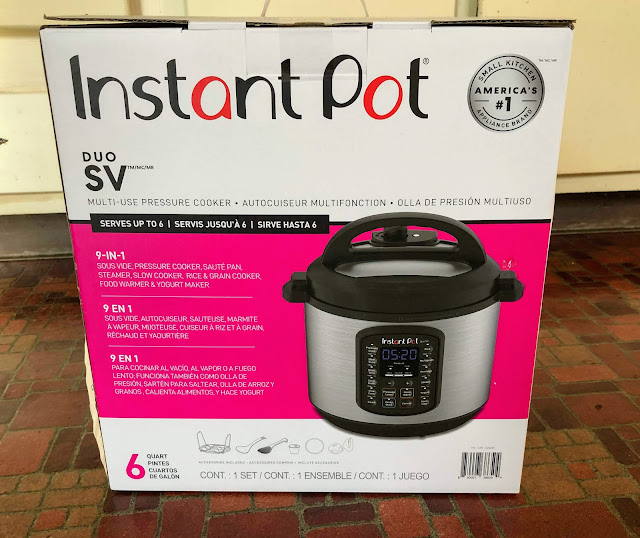 I was kind of feeling an Instant Pot but wanted to wait and make sure before adding yet another device to our already crowded kitchen.  Last weekend they were on mega sale at Costco so I made my move.

My primary motivation was that we need a better way to cook frozen chicken.  In the past I used to cook it in the crock pot but I've since learned that's a food safety no-no.  For my maiden Instant Pot voyage, I made Skinny Taste's Slow Cooker Salsa Chicken.  It's not an Instant Pot recipe, but someone left a comment that it took 20 minutes in the IP, so after consulting Google, I cooked mine for 25 minutes to account for the extra thawing time. 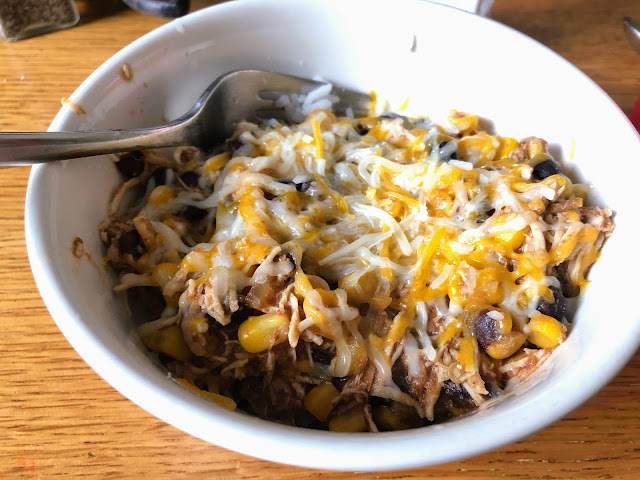 Stay tuned on our further adventures with the IP and BTW yum, I had forgotten how good this recipe is.

My only disclaimer on the IP is that the cooking times that everyone raves about do not include the time the pot takes to pressurize.  I wasn't watching the clock, but it took longer than I was expecting.  And the first thing you make in it will take much longer than that because you'll be watching many youtube videos and reading lots of blogs on "hey how do I use this thing?" - it's not hard but there is a learning curve.

Watching
We got some good family movie nights in the weekend.  The Rocketeer and Kung Fu Hustle.  On my own I went old school and rewatched Tell It to the Marines.