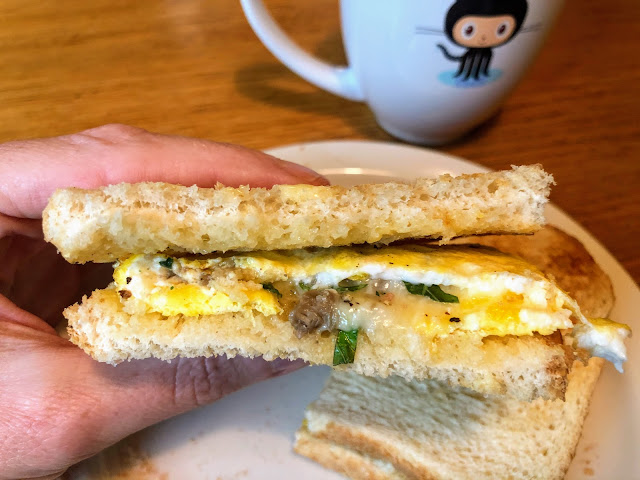 A weekly round up: eats, watches, and reads.  In this week's edition I'm crushing on egg sandwiches, chickpea salads, and harvesting some garden goods.
Breakfasts
Lately I've been running a bit longer and a bit harder than normal, so the second breakfast is becoming more common.
Breakfast 1 of 2 (pre run): coffee and a Cliff bar
Breakfast 2 of 2 (either post run or a bit later in the morning): an egg sammie.  The grocery store was out of English muffins this week and now I think who needs 'em because I'm crushing hard on the sammies.  What you're seeing in the picture above is one egg with some mushrooms (frozen from Trader Joe's), mozzarella, and fresh garden basil.
For Saturday's long run I kinda wanted French toast but also didn't feel like washing dishes so I raided the freezer for the next best thing.  My husband's homemade waffles.  I was just sitting down to it when he got up, so I was able thank him for making me breakfast. 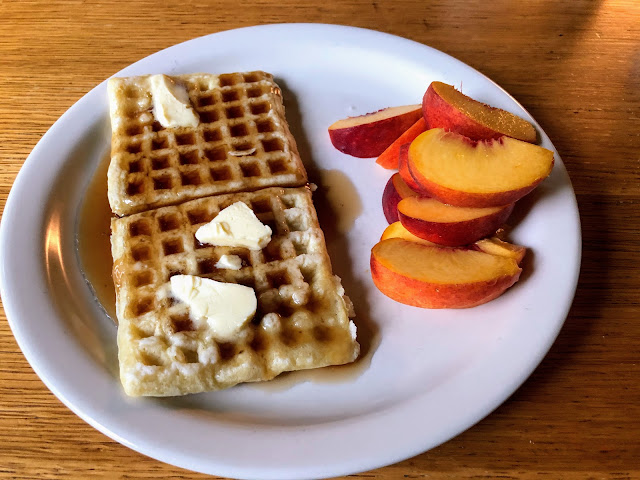 Lunches
Something new!  A "salad" of rice, roasted sweet potatoes, avocado, and an impromptu chick pea salad.  That's a can of chick peas, kalamata olives, feta, a fresh garden tomato, and a dressing of oil and red wine vinegar.  It's the kind of thing that gets better and better the more time it has to sit around as leftovers.  Served outside since the weather was so nice.  Later in the week I added a cucumber and salad mix to the equation to bulk things out and spoiler this is my lunch again this week. 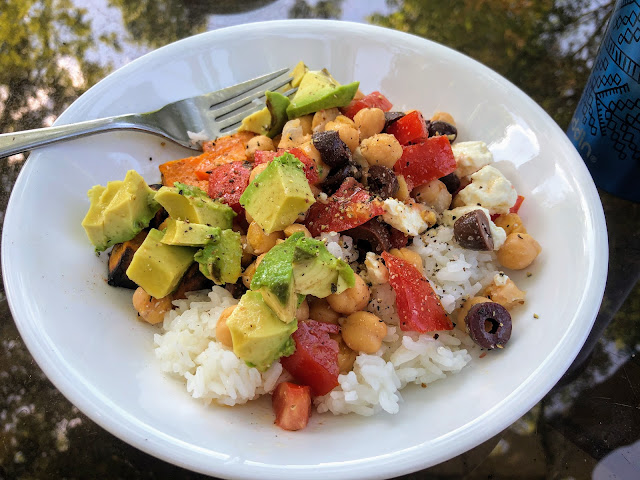 Dinners
Monday: the infamous "beef fajita Instant Pot stew" leftovers from last week.  I mean there was nothing "wrong" with it and it fed us so there's no reason to hate on it, just that it should have been better.
Tuesday: chicken parm, individual style.  We all had Costco panko chicken cooked up in the air fryer and then pasta of choice.  Hubs had marinara, the kids had buttered noodles, and although you can't really see it, I had a mix of pasta and zoodles thanks to our first garden zucchini.  Mixed with pesto. 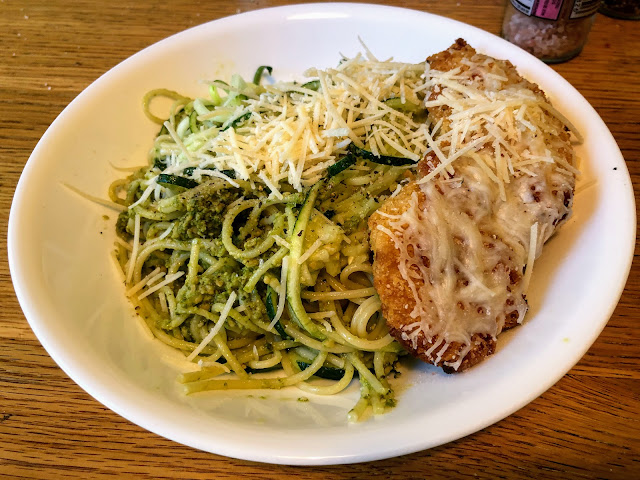 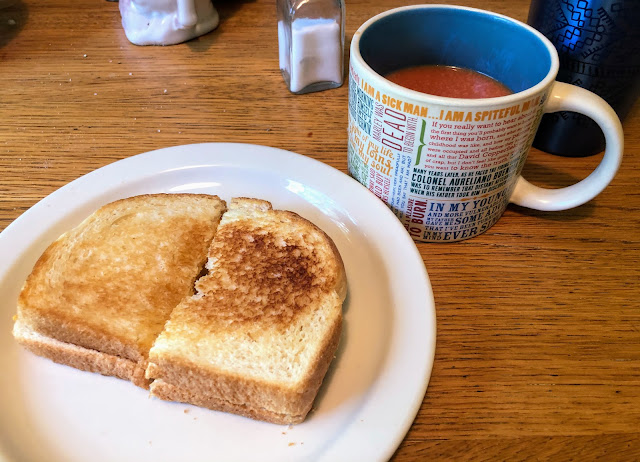 Thursday: it was just the adults that night since the boys were with their mother.  In theory we *could* have finished the beef fajita stew but I sweet talked my husband into going to the drive in hamburger place instead.  It was an easy sell.
Friday: chili mac 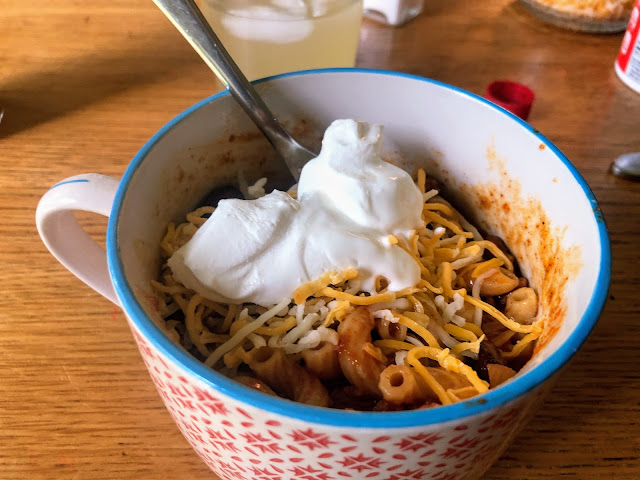 Saturday: family get together with SIL's # 3 & 4 and families.  We had everyone over to our house and got pizza and fried chicken.  I made oreo balls for dessert.
Sunday: leftovers! 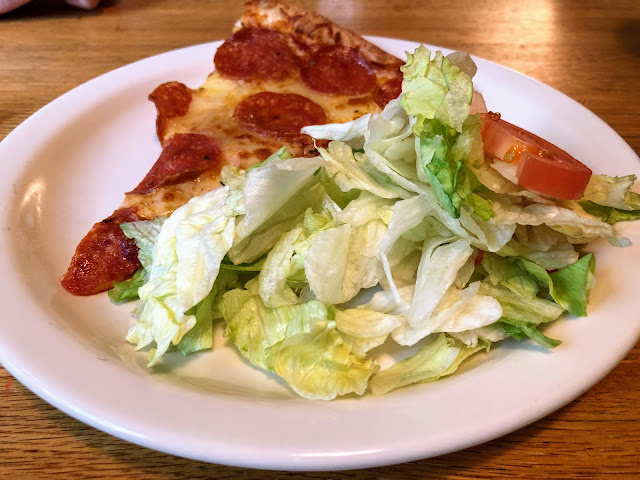 The plan for next week
I have a busy work week on tap, so we'll eat off our bounty of party and chili mac leftovers.
Garden Update 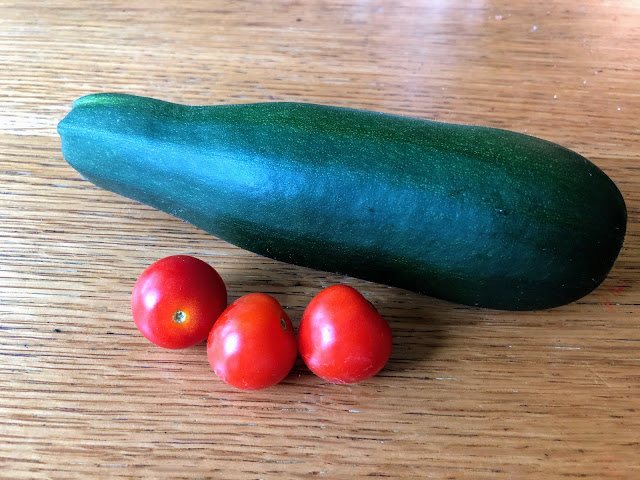 Lol, it's not really an update since I don't think I've said a word about gardening since 2018.  After many years of disappointment we are finally having a good tomato year!  And a manageable zucchini crop.  Hurrah!  Though I'm not sure what was up with the triplet cherry tomato. 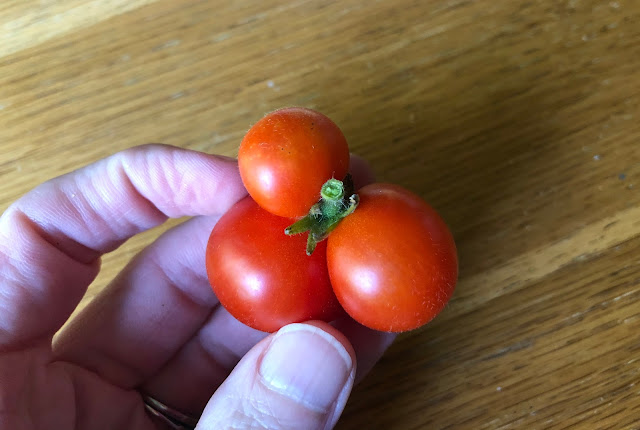 Watching
A bunch of random YouTube videos and Becoming on Netflix.  It was alright, I just felt like there was a lot of "life on the road and backstage" footage and not enough Michelle.
Reading
Eh, the book that I was so into last week ended up being a "page through it to find out what happened" kind of read for me.  There was some good suspense and since it was about an author there was some good insight into the writing process, but the further I went the less it held my attention.  Can't win 'em all.
BUT...I'm definitely winning with my current read, The Vanishing Half by Brit Bennett.  Absolutely everyone on the planet is reading this right now and there's a reason.  I cannot wait to get back to it.