A weekly round up: eats, workouts, watches, and reads.  A Very Special Birthday Edition. 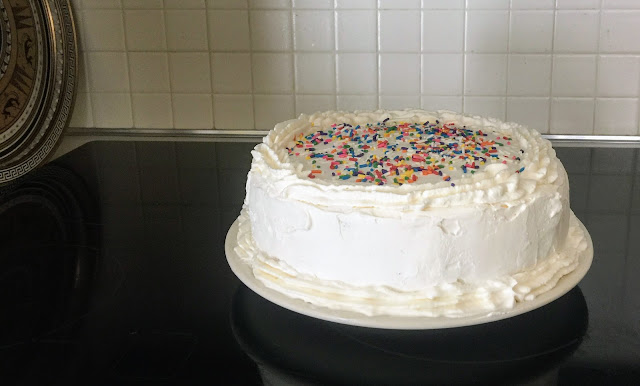 Weekend Breakfasts:
Breakfast potatoes (the first time I've made those since moving in with my husband) topped with mushrooms, green pepper, onion, garlic, drippy eggs, and lots of hot sauce. 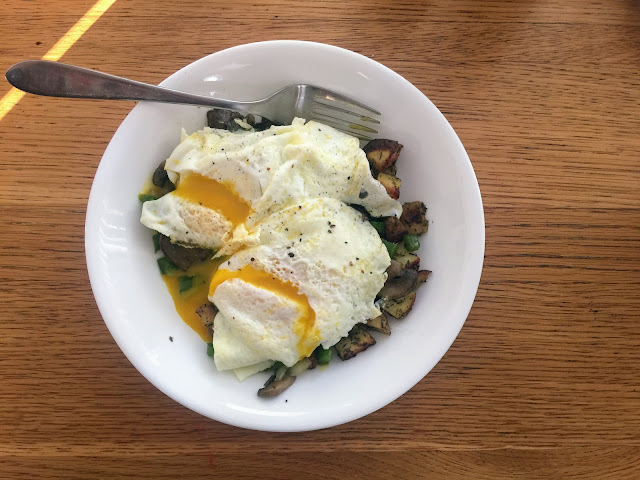 
Weekday Dinners:
M (family meal):  3rd kid snow day/1st adult snow day of the year.  I asked my husband what he wanted for dinner, thinking that I had all the time in the world to cook.  He picked chicken parm and I made plans to crawl out to the grocery store to pick up chicken.  All of a sudden a flurry of work came in and I ended my work day after 5 in a very frazzled state.  The last thing I wanted to do was cook, but I headed out to the store and then to the kitchen anyway.  And then 5 minutes later everything was in the oven.  Chicken Parmesan is the world's easiest meal to cook.  I used this recipe with linguine.  Thumbs up from both adults and kids on this one.

T (family meal/fend for yourself):  the kids got hotdogs and noodles, hubs had the leftover chicken parm, I had a burrito.

W (date night): Panera!  Turkey BLT with avocado (full for him, half with broccoli cheese soup for me).

H (fend for yourself night): canned soup for him, a veggie burrito for me.

F: Another snow day.  Chili mac by special request, served with cornbread muffins from the freezer (made by stepson #2).

S: Family Birthday Party for one of the stepsons!  We had a house full of people.  Hubs got a sandwich tray with macaroni salad and coleslaw, a veggie tray, I melted up some Velveeta with tortilla chips.  For dessert, the stepsons asked for Oreo Balls and an Ice Cream Cake.  This is my second time making the ice cream cake.  Thoughts: 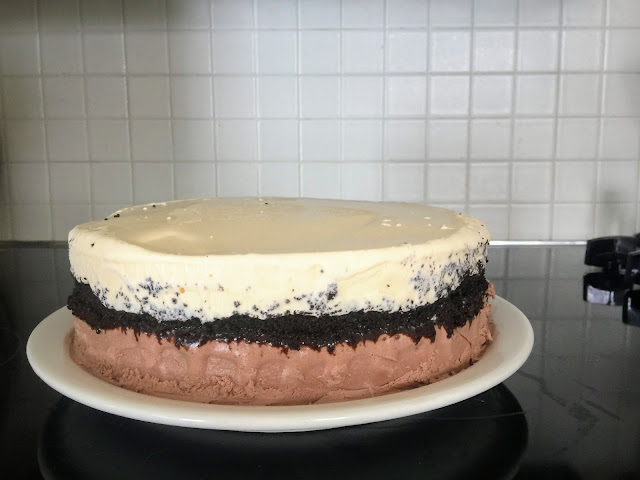 Su (family meal): leftover party sandwiches for the kids, chili mac for the adults, and ice cream cake for all. 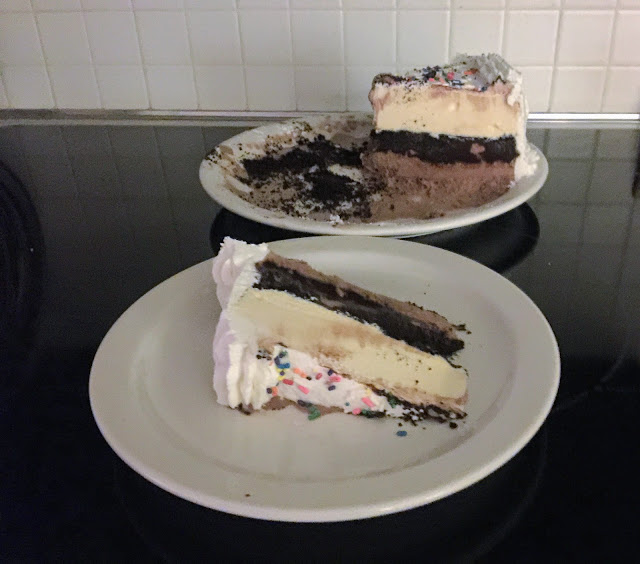 Meal Prep:
Minimal, since we have leftover chili mac and sandwiches.  I restocked my cache of breakfast burritos.

Workouts: standard fare of treadmill walks and runs, two weight lifting days.
Watching (from the treadmill): the last episode of Call the Midwife (well, the last episode that's on Netflix.  I know there's at least another season out there, so it's not goodbye, just see you later.  I loved this show so much and can't wait for it to come back).  Switched to Miss Fisher's Murder Mysteries for my treadmill viewing for now.
Watching (from the couch): This is Us (meh, season 2 is just not doing it for me.  I have one more episode to catch up, and if I don't feel any differently after that, I'm bailing).  On date night we saw Tropic Thunder.  We're ISO a TV series for date nights.
Reading: The Secret Keeper by Kate Morton.
Other wins of the weekend: 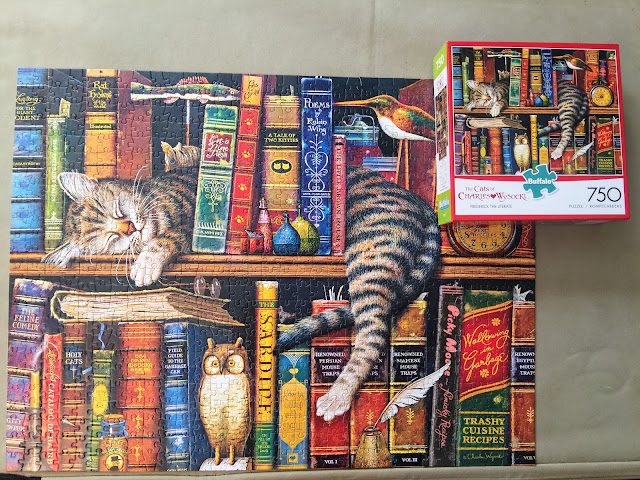 New Year's Resolutions/Goals Update
Biggest success: sleep quality!  A long time ago Theodora recommended Mediation Oasis podcasts.  All it takes is 10-20 minutes of someone telling me to chill out to put me to sleep like nobody's business.