Should you get a home treadmill? 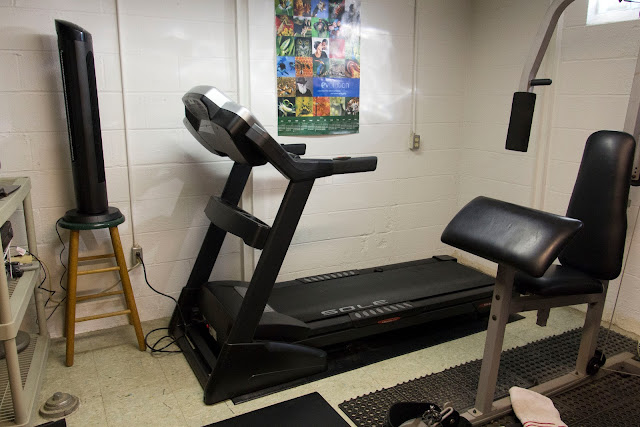 In honor of Black Friday and the start of the holiday season, today's post is all about one of the best purchases I ever made: a home treadmill.  Three years and one house move later I'm so happy that I went for it, and wish that I had gotten it sooner.


Like any major purchase, a home treadmill isn't a simple decision.  Here are the pros, cons, and the other factors that went into it. 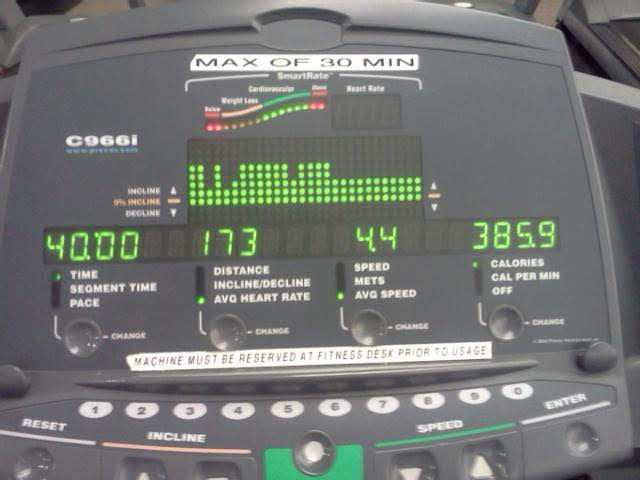 The Cons
How to Buy a Treadmill
Step 1: how much do you want to spend?
Before looking at a single treadmill, I decided that $1,000 sounded about right.  If $100 sounds more like your speed, you know to head to Craigslist rather than the store.

Step 2: figure out your space 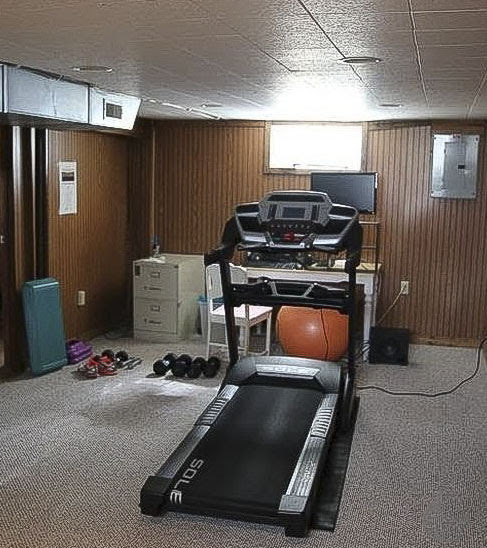 Treadmills are huge.  My single girl house was 1,000 square feet and I knew going in that the basement was the only viable option.  Seen above, the treadmill in my single girl gym, and below, currently in my married girl gym. 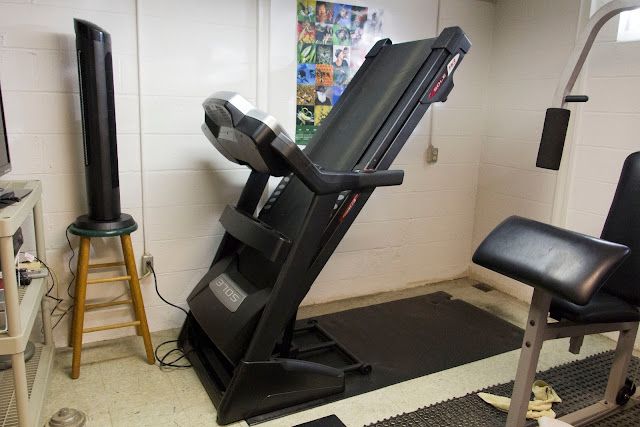 Many treadmills let you fold up the belt, but the footprint is still huge.  We'd have to have it facing the wall to get any usable space back, and do you have any idea how much fun it is to look at a wall while you're running?  I've seen some people get around this by putting mirrors in front of the treadmill so that they can watch TV in the reflection, but for the amount of time that we use ours, I wouldn't be happy with this solution.

In addition to the horizontal requirements, consider the vertical.  I totally failed to do this, and in my single girl home when I used the incline my head was awfully close to the ceiling. 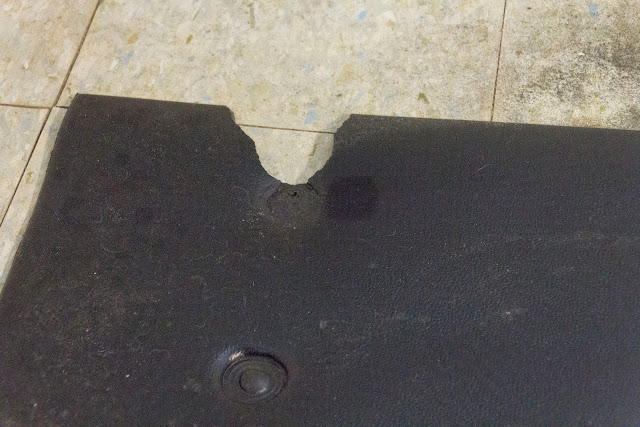 Treadmills can damage your floor.  A mat is a must, and you can see what shape mine is in. 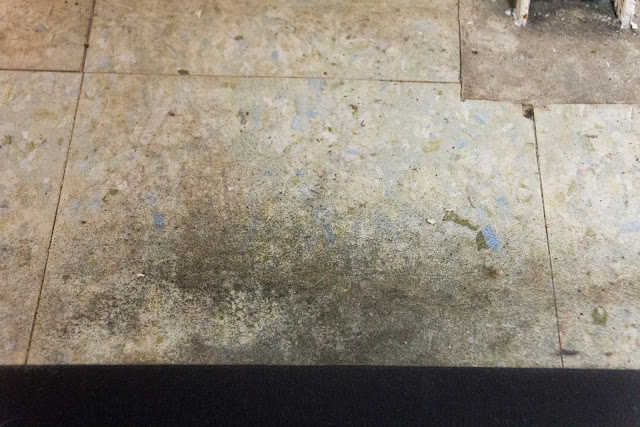 Treadmills are dirty.  I don't know what that sludge that comes off the back is, and it's fairly easy to clean up, but at the same time I'm glad this is my basement floor and not my living room carpet. 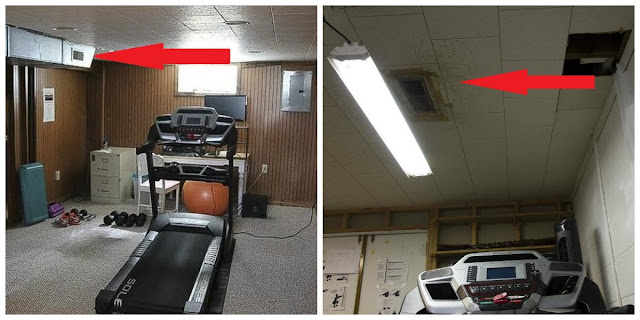 Another consideration: in both houses we managed to place the treadmill directly by an HVAC vent.  It's really nice in the summer when the AC kicks on, and really not nice in the winter when you have a steady blast of heat coming right at your head.

Finally, think about your neighbors.  Treadmills can be loud.  The human being that is pounding away on the treadmill can be loud.  The TV that you blast up to hear over it all is loud.  A treadmill wouldn't have gone over well in my apartment days.

Step three: decide what you want
All treadmills are not created equal.  They come in different widths, different lengths, different price points, and different bells and whistles.  Consider every treadmill that you have ever used in your life and get yourself to a treadmill store with lots of different models so that you can kick the tires and see what's out there.  For me, a trip to Sears was gold because they had a showroom full of treadmills for me to test out.  That gave me a great idea of what I could get for $500 vs $3,000.  Here are the things I thought about:
So what did I get and how much did I pay for it? 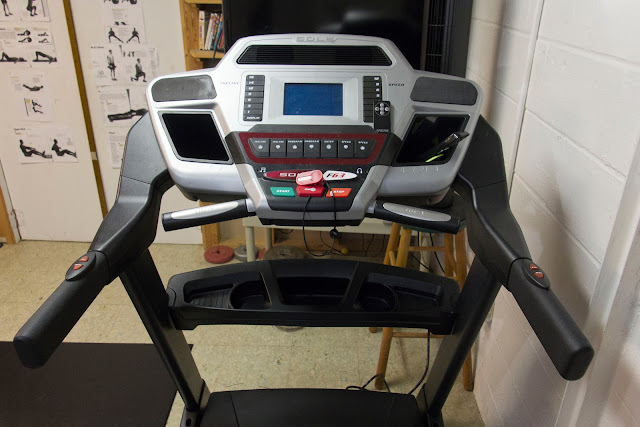 My baby is the Sole F63.  Compared to the Nordictrack, I felt that the frame was more solid and it was much quieter.  The belt feels good to walk and run on.  And this thing has enough cupholder space for me to store all of my worldly goods.

The list price was (and still is) $999.  I started looking in the summer, which was months away from the purchase.  Around labor day, it went on sale for $899.  At that point, I scooted over to Dick's and grabbed a credit card application for an additional 10% off.  Add back delivery and installation (...er, I don't remember exactly but it was under $100...), a treadmill mat, belt lube, and tax and I ended up just shy of $1,000.

I also looked at used treadmills but didn't see a price good enough to equal the risk.

So what's it like to own a treadmill?
It is everything that I dreamed it would be.  No more gym memberships, no more silly gym rules.  The same number of people using it in January as there are in July.

I have two small beefs with the F63, which I'll share since I'm telling you everything else.  The first is that Sole cheaped out on the decimal places.  I can tell from the track that I'm close to 3.2 miles but I really wouldn't mind being able to see whether I'm at 3.11 or 3.18.  I believe that the next model up has the extra decimal point, and no this isn't worth an extra $500. 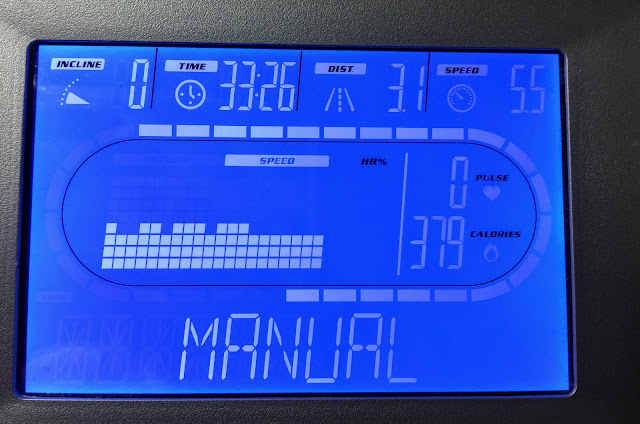 Same thing with the time and calories...the clock resets when you go over 99:59 minutes and calories reset at 1,000.  Not a frequent occurrence. 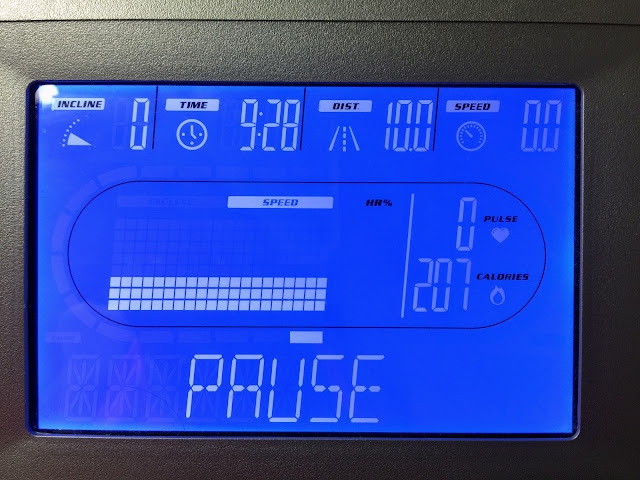 The second beef is that the treadmill resets after 5 minutes, so if you take a break, you'll lose the workout.

Other things to think about if you want a home treadmill

Thing one: a fan 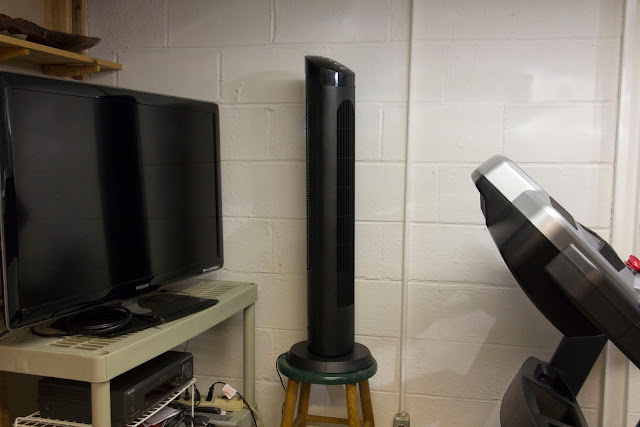 My gym was on the warm side but they had good air circulation.  My basement doesn't, and as I mentioned, Tready is smack under a heating vent.  The heat doesn't bother my husband at all but I've been much happier since we got a big ol' fan.  With remote control so that I can adjust it from the treadmill. 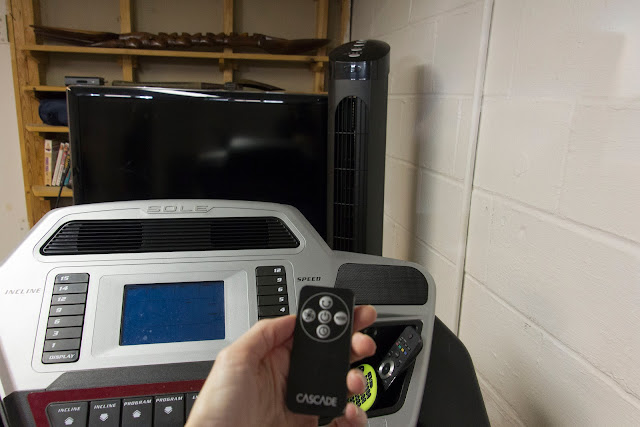 Thing two: TV is a must
Back in my gym rat days, I never tired of people watching.  Not a lot of that going on in my basement.

Your treadmill TV doesn't need to be fancy.  At my single girl house, I rigged up a contraption of a computer monitor and speakers that I kept on the lower shelves of the treadmill (you can see the monitor, not sure if you can make out the speakers).  I plugged my laptop into the monitor and the speakers and it worked just fine. 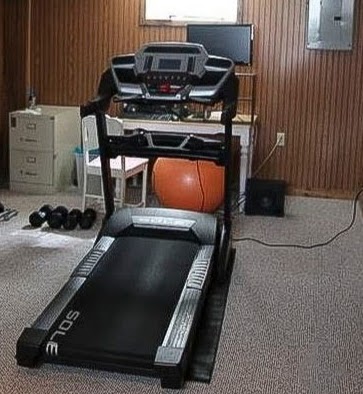 Some treadmills have built in displays and of course you can also throw a tablet up there, but it's not comfortable for me to be looking down at the display while I run.  I need to have my head up and looking ahead of me.

Thing three: moving is a PITA
I had a pretty good idea when I got the treadmill that my then boyfriend was going to become my now husband and that a move was in my near future.  Looking back, I'm glad that I didn't wait for him to get the treadmill, but I would tell anyone that moving a treadmill sucks.  A treadmill doesn't just fold up and go out the door, it has to be disassembled.  And the person doing it needs to know what they are doing.  My moving company over promised and under delivered.  A move that should have taken a few hours ended up taking the entire day + a few phone calls + the owner of the company coming out to both houses to disassemble and reassemble.