That time I ran a 10 mile race 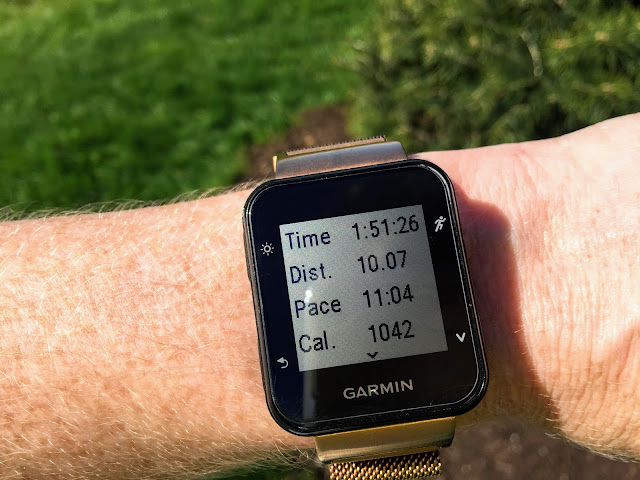 I'm running my first half marathon next month.  That's a big step up for someone who's run quite a few 5ks, five 10ks, and had never run more than 6.2 miles prior to 2018.  If only there were some way to do a trial run at a longer race distance to gauge how prepared I am to run a half...oh wait there is.  Last month Alexis wrote about doing a 10 mile race in preparation for her 2nd half marathon.  I read her post and thought wow, what a good idea.

Then I learned about a 10 mile race in my area very close to where the half marathon is, and you never saw anyone register for a race so fast.

Where my fitness is right now
Everyday running: 12 minute per mile pace, in preparation for my half I've been running 30ish miles a week for the past five months.
5k: ~10 minutes per mile.
10k: ~11 minutes per mile BUT my last two 10ks had unforeseen circumstances (slow runners and a crowded course here and a difficult course here) and I feel that I'm capable of more in the 10k.  The million dollar question is what will my pace be for a longer distance?

Endurance wise, I've done a number of 10 and 12 mile runs.  My strategy is to go into a very zen place and keep putting one foot in front of the other.  For the past six months, I've experimented with taking water and running gels during long runs.  These runs take a lot out of my body and get hard toward the end, but I get through them.  The million dollar question here is will some magic happen on race day or will it be just like any other long run?

To prepare for the 10 miler, I cut back on running this week, kind of a mini taper.  I made two of my runs a mile shorter than usual and didn't run the day before the race.  My body really wanted those extra miles and was gung ho to start running on Saturday morning.


Things I did right, things I did wrong, and what I learned by doing a 10 mile race as a practice for a half marathon 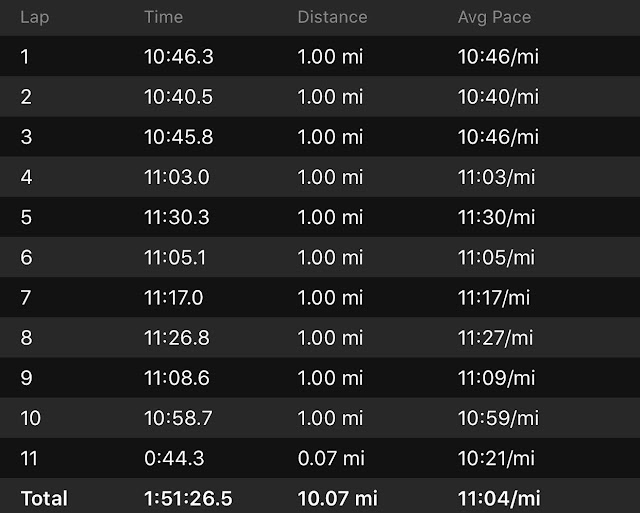 Final Takeaways from running a 10 mile race
As someone who hasn't run a half marathon yet, my gut feeling is that running a 10 mile race beforehand is a really, really, really smart thing to do. I have a better sense of what my pace will be and the things that I need to do for a successful race and oh yes, the confidence that I can actually do it.  Tune in toward the end of May after I've run my half and I'll give you my final thoughts on that.

Everything about this particular race was awesome.  It was well organized and on a beautiful course.  I will be back.