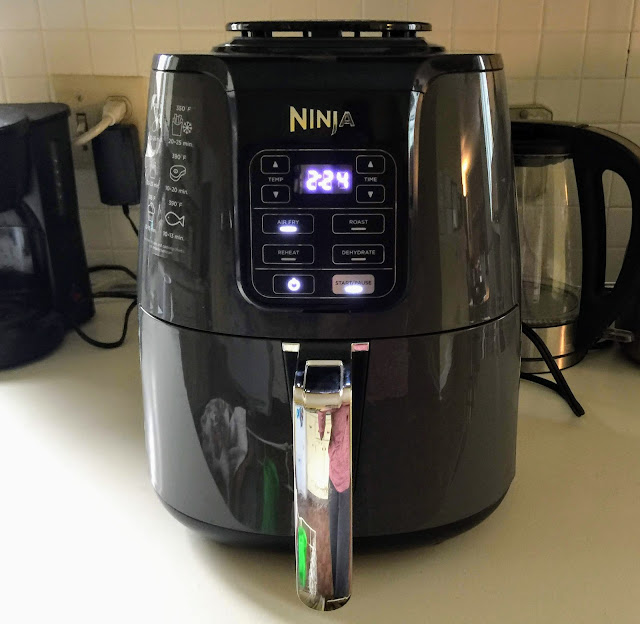 A weekly roundup: eats, workouts, watches, and reads.  We got a new kitchen toy, my husband had his first colonoscopy (read: 36 hours without food), I continued my obsession with coleslaw, and I had some single girl time.

Let's start by talking about the elephant that moved into our kitchen.  Nearly every morning my first internet visit of the day is to Woot.  I visit mainly for entertainment and can go years without buying a thing.  Most of my purchases have been very well thought out, but every once in a while I make an impulse buy.  The latest example: an air fryer.

A few months ago hubs and I had a brief conversation about air fryers.  As with all kitchen gadgets, the decision comes down to "is this thing worth giving up counter space for?" and the answer almost all of the time is no.  He had heard about them, I had just read Tina's post about cooking cauliflower gnocchi in the air fryer.  The conversation ended there.  And then Woot offered a very reasonably priced Ninja air fryer.

Hubs: had completely forgotten all about air fryers.
Me: on the fence, I saw from the reviews that it was huge but everyone seemed to love it and the price was right.  I went for it.

It showed up at our door.  The internet does not lie: it is huge.  Suddenly what had seemed like a good idea at the time seemed like the stupidest purchase ever.  What on earth was I going to cook with it?  After a few days I needed the counter space so I moved it downstairs and had visions of never using it.

This weekend I had some single girl time and the air fryer came upstairs to play.

Pros: so far I've made salmon, bacon, and French Toast with it.  Everything turned out excellent and superior to the stove top versions.  Due to my inexperience, I overcooked both the salmon and the bacon and they were still off the charts good.  The salmon had a crisp crust on the outside and tender juiciness inside.  The bacon melted in my mouth.

Cons: An air fryer is huge but the cooking space is small.  I can't imagine ever making a family meal in it.

Verdict for now: we've made space on our kitchen counter for it. 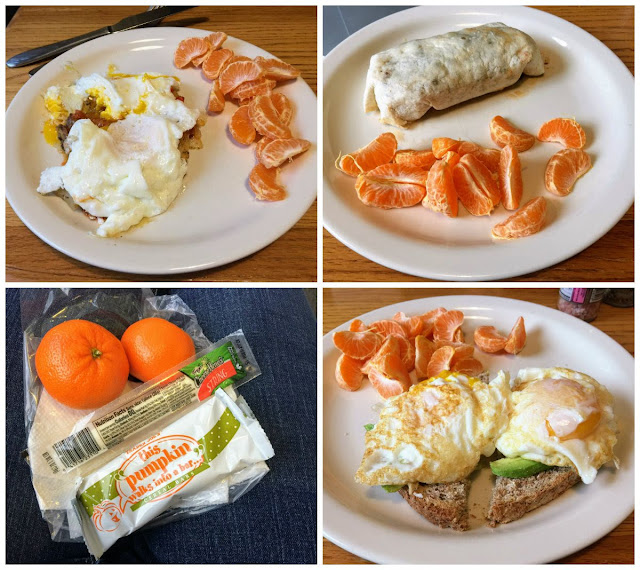 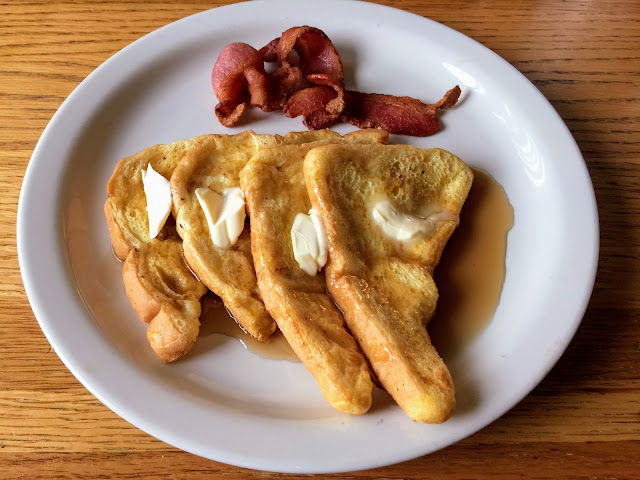 My ingredients + this recipe for the technique.

I had quite the trip down memory lane with my french toast recipe...that was back in my single days.  I don't live near the grocery store that had the epic sourdough bread anymore but I might have to go back for a visit.  Every other french toast recipe uses a ratio to one egg to 1/3 cup milk, but I used - get this - two tablespoons of egg and 1/4 cup half and half.  Why half and half? Because as a single lady I never had milk in the house.  Today with two growing boys around, our household can't function without an endless supply of milk and it's inconceivable that just a few years ago I never had milk in the house.  Seriously, if I needed it for a recipe I would go out and buy one pint.  I was just a bit more tight with a buck back then and it made more sense to me to measure out a partial egg rather than to waste an extra tablespoon of half and half. 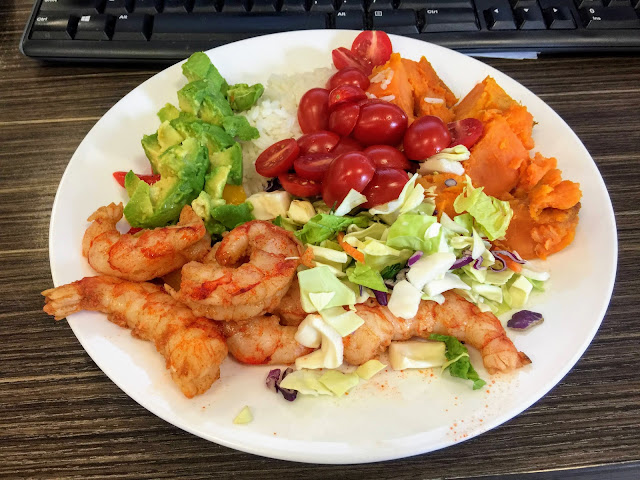 Monday, Tuesday, Thursday, Friday: BBQ Shimp and Sweet Potatoes.  Yum.  That is all. 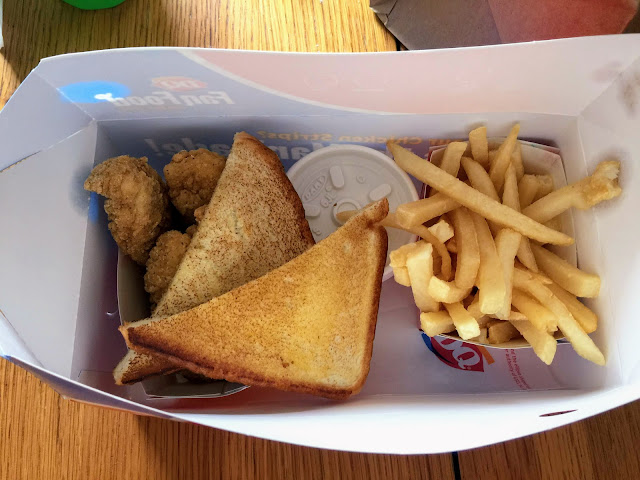 Wednesday: Dairy Queen Chicken Basket post colonoscopy.  This is what hubs wanted after 36+ hours of no food and I was happy to support him in his quest. 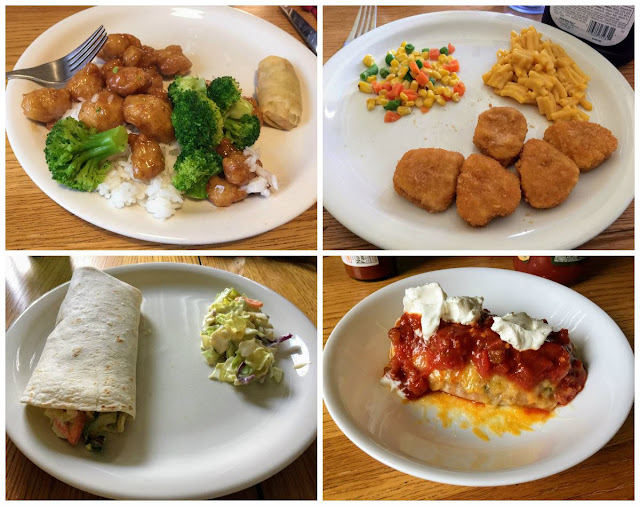 Tuesday (family meal): Stepkids and I chowed down on mac n'cheese and nuggets, hubs was banned from eating but came to the table and hung out with us.

Wednesday (post colonoscopy date night): We were pretty full after our epic Dairy Queen lunch.  Hubs had leftover mac n'cheese and nuggets, I had a quickie fish taco (leftover fish from Friday's fish fry + coleslaw mix with this dressing.

Friday (single girl night): the men went off the boy scout camp and I busted out the air fryer.  Salmon with Trader Joe's cruciferous crunch mix with coleslaw dressing. Oh that salmon tho...I don't think I'll ever be able to eat fish any other way than air fried. 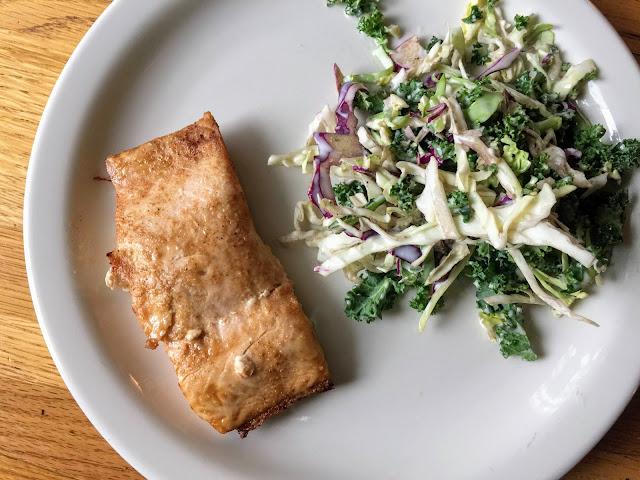 Saturday (single girl night): Linner at 3:00, which is the perfect time to eat on long run day.  More slaw and a Newman's own mushroom pizza.  Pictured: half the pizza and yes I ate the other half and so would you if you'd just run ten miles in a headwind. 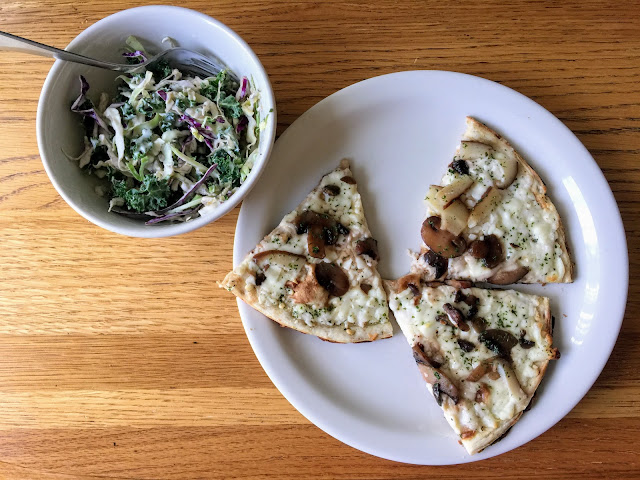 Sunday (family meal): the menfolk are back from the wild, so it's taco time! 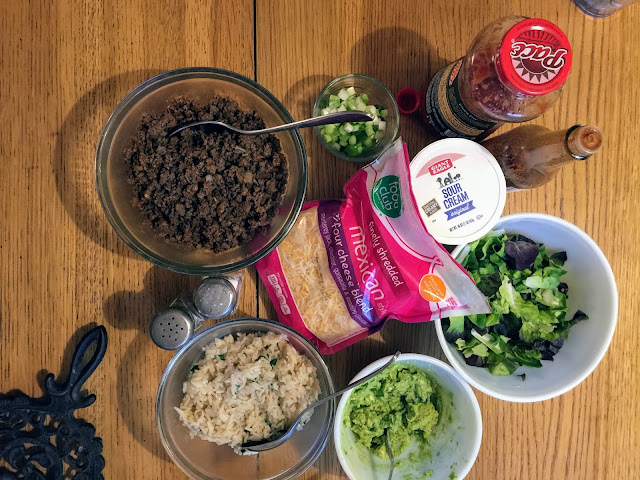 Meal Prep
Made a brand new batch of breakfast potatoes with onions and peppers.  I'll have some of it over eggs and make the rest into burritos.

For lunches, I made a batch of Gimme Some Oven's Cold Sesame Peanut Noodles.  Trader Joe's cabbage/carrot mix + half a bag of soy curls. 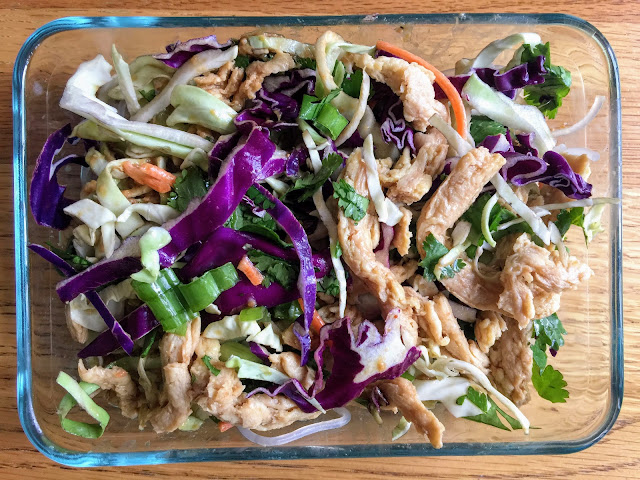 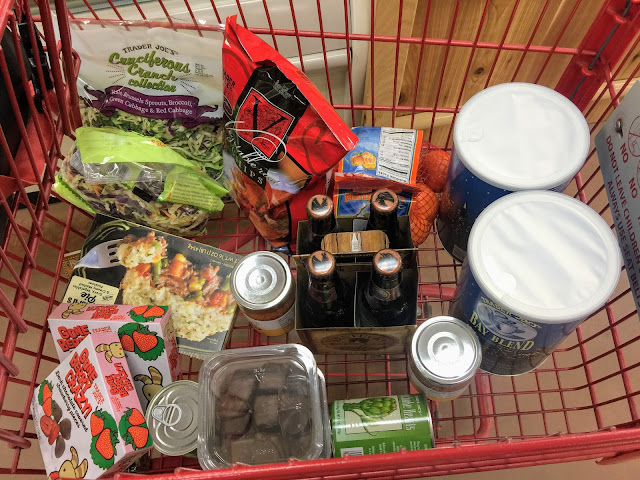 Workouts
29 miles of running this week.
Monday: 4 speedy miles outside.  This time last week the temp was low 20's, this Monday it was 60 degrees at 6AM.  I was so happy to be in a tank top and shorts.  Weights later in the day.
Tuesday: 6 mile outside run.
Wednesday: off
Thursday: 5 mile outside run.  I don't know what happened but I had no energy and felt like my feet were encased in cement blocks.
Friday: 4 mile hill run.  Even without the hills, I felt like I was running through molasses.  I will never reveal my pace for this run, but it was humiliating.  Weights later in the day.
Saturday: Perfect weather for a 10 miler.  Whatever held me back for the previous two days left me and I felt like I was flying.  And then starting in mile 3 it got really windy.  At first I was up for the challenge.  Then there was a moment of magic when I started up a steep hill with a tailwind...and then for the last 5 miles there was a solid headwind.  No matter which direction I went there was a strong wind blowing in my face pushing me back and it didn't let up.  I just wanted to scream.  It was one of the most miserable running experiences I've ever had and I better have gotten some extra fitness out of it.  I can only think what a pleasure it will be the next time I run 10 miles in no wind.
Sunday: off

Watching
From the treadmill: nothing!  I haven't been on a treadmill for more than two weeks.
From the couch: I made good use of my single girl time this week with some fine reality TV.  Knocked back some Married at First Sight and oh be still my heart, I think I have found my "spirit animal" equivalent of a reality show...Mama June from Not to Hot.  Oh and I watched a real movie between episodes just to keep my brain awake.  The Red Kimona.