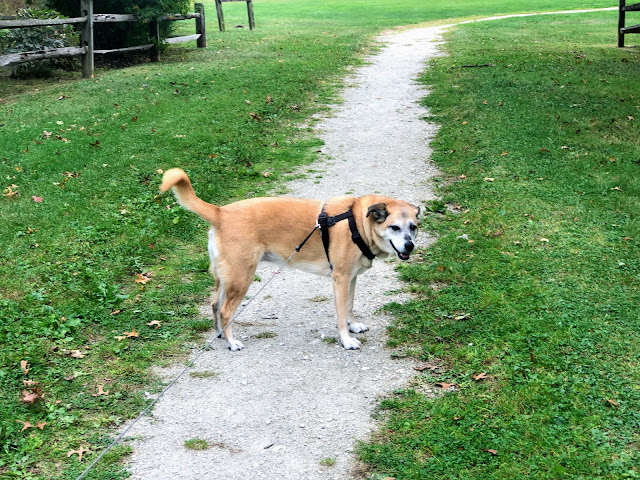 This week my fitness goal was to work out as much as I wanted to, and if that was not at all, that was fine.  The net result was 11.25 miles of running and two weight workouts, but that's not what I want to tell you.  What I want to tell you is how much I enjoyed each and every moment of physical activity that I did this week.

Monday: did absolutely nothing except learn that the Monday after a half marathon is the perfect time to get a flu shot.  My coworkers were complaining up a storm about how badly their arms ached after the shot.  My arm was sore as well, but so was the rest of my body so I hardly noticed.

Tuesday: woke up feeling like a million dollars.  Weights at lunch, which sent my already good mood soaring.

Wednesday: 2 treadmill miles.  I got as much euphoria from this simple ease-back-into-it workout as I did from running the half last weekend.  Within a few hours I also had just as much soreness.

Thursday: Plan A was a rest day, since I had some muscle soreness, but within five minutes of waking up I was headed to the treadmill for 3 miles.  It felt good and cleared out the soreness.

Friday: Even though I felt great, I made myself hold back on running, weights at lunch

Saturday: 6.25 miles outside.  That's 4 miles easy, 2 miles fast/slow plus the last quarter mile just b/c I was having a good time and wanted to knock out the monthly Strava 10k challenge. The temps were in the 40's and I do not have the words to tell you how blissful that felt after the summer heat.

Sunday: off, apart from an extra walk with stepdog.

Next week's forecast: half marathon #3 is four weeks away.  I don't have an exact plan besides more miles.

Fitness Thought of the Week
I've had something of an epiphany about the difference between my treadmill running speed and outdoor running speed.  Quick background, I've been running for 10 years and in that time:
I've written before that when I first started treadmill running it was ungodly hard and took forever to adjust.  Once I got the hang of it, my treadmill and outdoor speeds were similar, but over time my treadmill speed has become faster while my outdoor running speed has pretty much stagnated.  It's not that I haven't tried to run faster, it's just that I haven't been successful.

The big difference IMO: on the treadmill due to sheer boredom, I constantly play with speed.  I do a lot of 30 seconds fast/30 seconds slow, quarter mile fast/[whatever recover time I need] slow/half mile fast, etc.

So what I did for my Saturday run was to set up a workout to kind of mimic what I do on the tready.  I gave myself 4 miles to chill out and enjoy the views, and then did the final two miles at an on/off rate (P.S. my idea was 1 min fast/1 min slow but I changed it to 0.1 miles fast/0.1 miles slow so that I could hit the exact mileage that I was going for instead of trying to guess, what can I say, I'm kinda a numbers person).  I wasn't targeting a pace, I just thought "spicy" for the fast and "chillax" for the slow. 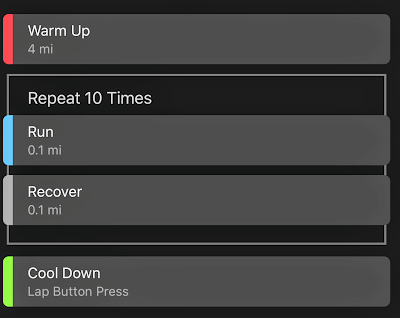 Mentally, the on-off pattern made the two miles speed by in a blur.  Physically, I could feel myself getting tall when going fast and then sinking back down on the slow parts.

I saw a PT this summer for a running analysis, and her verdict was that although I have a few weak areas, there's nothing "wrong" with me that keeps me slow.  Her theory was that I learned to run slow and I've just kept doing what I know.  She steered me toward a speed program that I did this summer, which I adored but I can't say that it's made any difference toward my everyday running speed.  My working plan for this fall is going to be the one minute fast/one minute slow thing and we'll see what happens.

Athlete Crush of the Week
Emily Toia via I'll Have Another   I'm always happy to tell you that I don't mind the treadmill but this is next level. 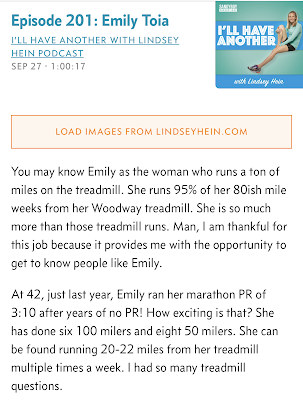 Posted by Birchwood Pie at 2:12 PM