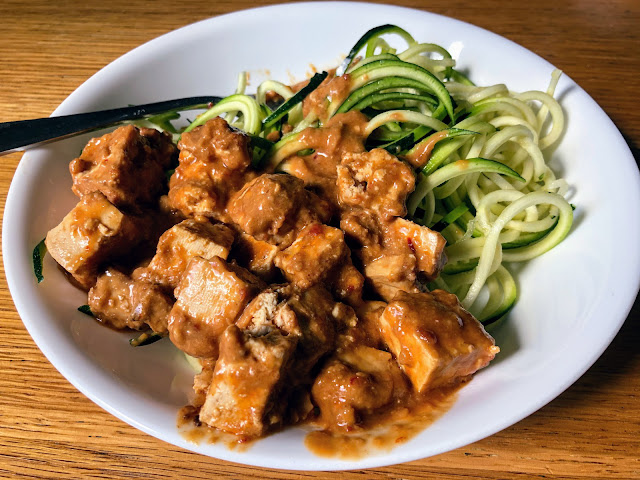 A weekly round up: eats, watches, and reads.  Our second full week of shelter in place, not much to say besides we're having the time of our lives and eating good food. 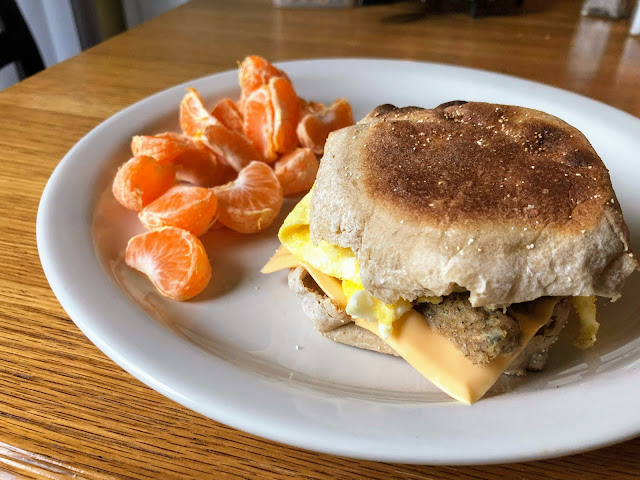 All the usual suspects: homemade Egg McMuffins, breakfast burritos, and of course air fryer french toast before my Saturday run.

The star of the show was Pinch of Yum's Spicy Sesame Zoodle bowls (pictured up top).  Other lunchtime offerings were veggie burritos. 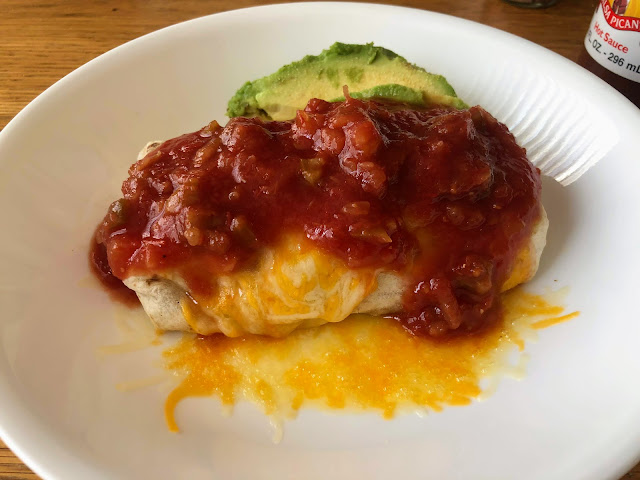 And yes the basics had their due: tomato soup and cheese quesadillas. 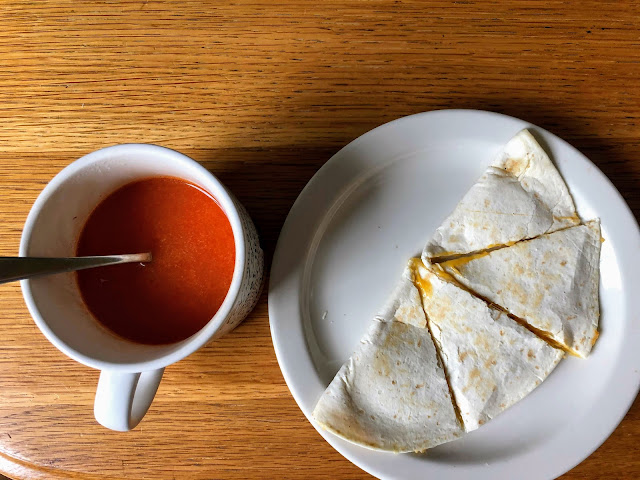 Dinners
Monday: tacos!  I just made a small batch, not our usual tacos for days. 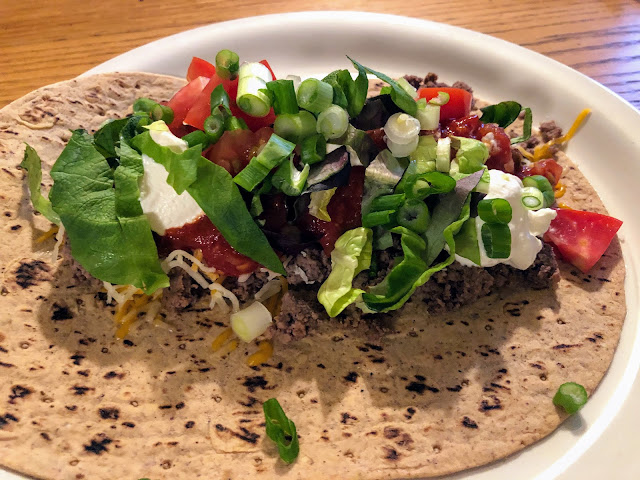 Tuesday: leftover night  I had the last taco, hubs had shepherd's pie, the steps had their sunbutter noodles and tofu that I made last Sunday.

Wednesday: semi-homemade chicken parm.  Costco's panko chicken breasts and I mixed zoodles in with my pasta. 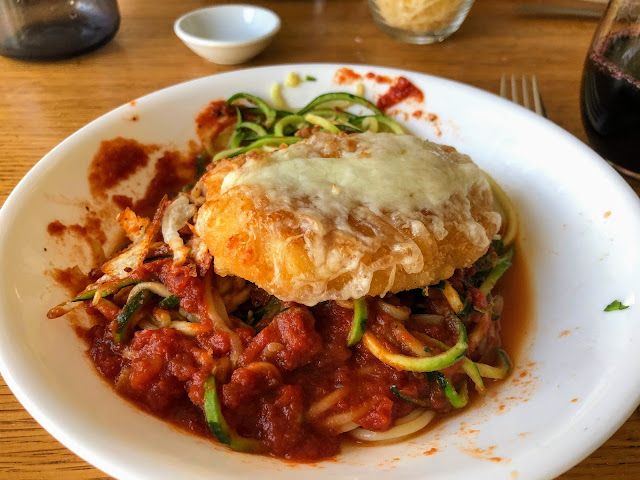 Thursday: time to take it easy.  Hotdogs for kids, chicken sausage for adults, and mac n'cheese for all. 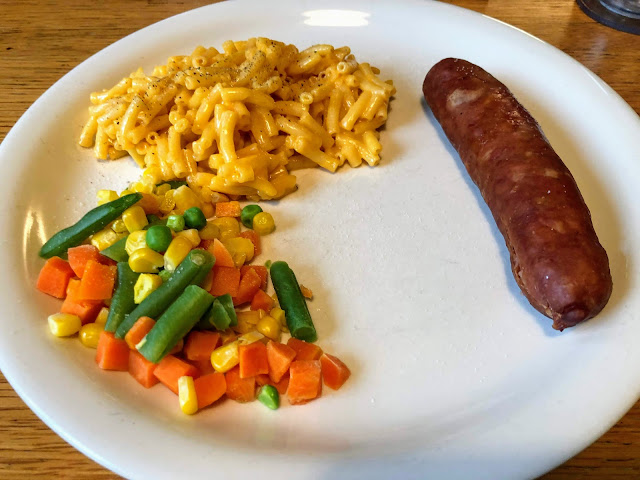 Friday: takeout pizza, I also had a few garlic stuffed olives on the side. 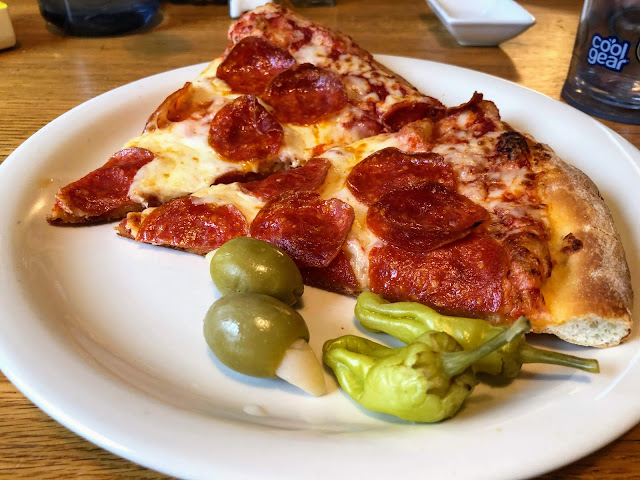 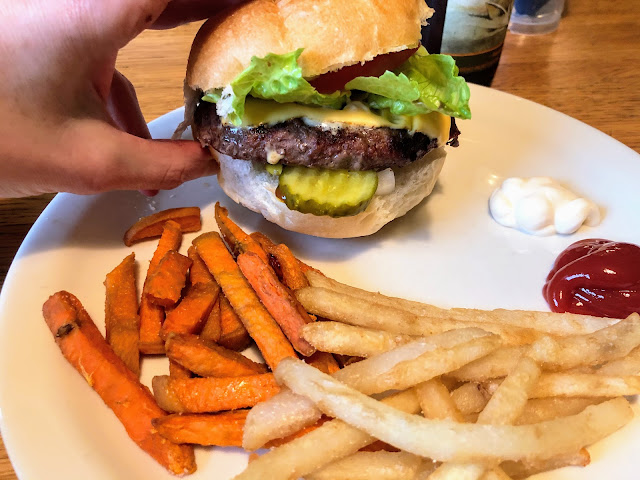 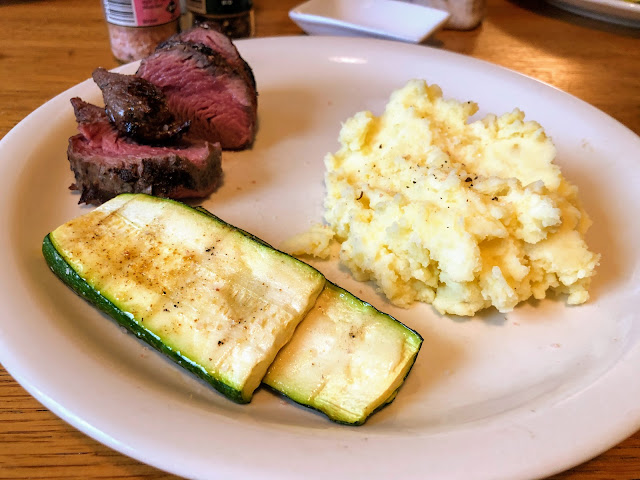 Grocery Store Report
I made it straight eight days from last Thursday to this Friday without running any errands.  Late on Friday afternoon I hit up the drug store, the grocery store, Costco, and then picked up some pizzas for dinner.  If I'm being honest...what a pain, I will need to be shut up at home for much longer than a week before everyday errands become appealing.  And yes we should probably start doing pickup/Instacart but that's a project for another day.
Meal Plan
On my Friday grocery trip I came up with three meal ideas: burgers (had this Saturday), steak (for Sunday), and baked ziti (planned for Monday, that will be good for 2-3 meals depending on whether the kids are in to it or not.  Plus we have some assorted leftovers.  I plan to cook a few things each week and then do leftovers or (gasp!) have other members of my family plan and cook our dinners.

For snacks this week, I made a batch of chocolate chip banana bread muffins, which our monkeys ate in two days.  Then I made a batch of no bake chocolate sunbutter cookies, which are solidly meh although the kids are eating them.  My conclusion is that sunbutter just doesn't pair as well with chocolate as peanut butter.

For non sweet snacking options I made a big batch of rice tonight, which is a favorite snack of the stepkids.

Watching
All the movies. 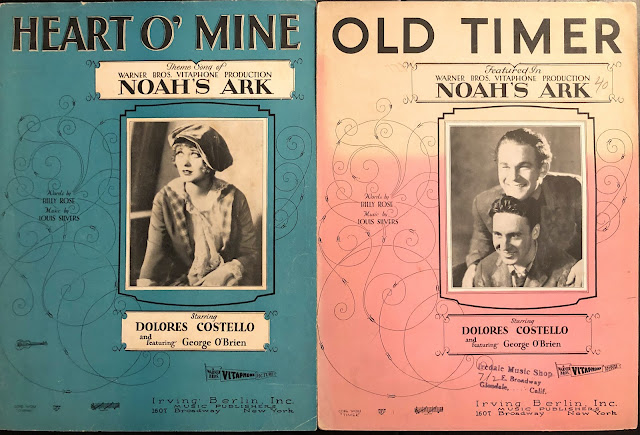 I'm ISO some new TV shows, specifically a "good" show and a "good" trashy reality show to complement it, and I'm coming up dry.  I've tried a bunch of stuff on Hulu and Netflix and haven't found anything that's holding my attention.

Reading
Finished The Sweetness at the Bottom of the Pie, moved on to The Bullet by Mary Louse Kelly.

Posted by Birchwood Pie at 7:57 PM