Weekly Sweats: A Virtual Half Marathon 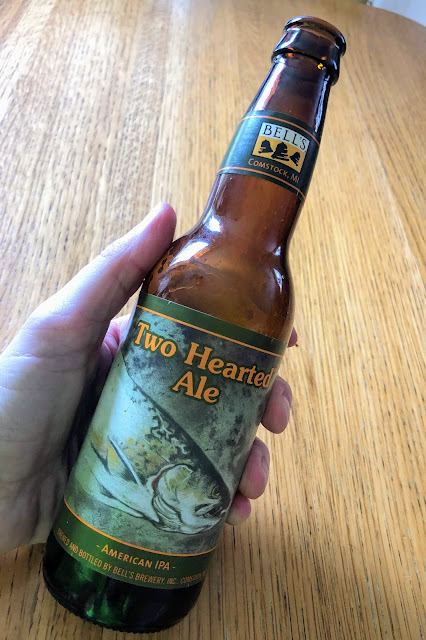 In this week's adventures, 27.9 miles of running, random weight lifting activites, and all about half marathon #4.

I'm linking up with the Weekly Run Down, please head over to Kim and Deborah to check it out. Shout out to Lisa for PR'ing her virtual half.

Saturday: the big day!  Plan A for this spring was to run two half marathons, the first being a small race in early April and the second being the Big City marathon in mid May.  When it became clear that racing was off the calendar, I came up with Plan B, which was to stay in half marathon shape (defined as keeping my long run at 10 miles) through the 2nd race day.

And here we are with Plan C, the final answer.  I did the Rambling Runner Virtual Race Series this spring (5k, 10k, and now the half).  Just so you have the context, the three virtual races that I've run in the past four weekends are the only virtual races that I've ever run.  I went into the series with the belief that I simply would not be able to get anywhere near real race results on my own AND I had serious doubts about my ability to run 13.1 miles without a race course to back me up.  Now that I'm on the other side of the challenge, I can tell you that it is good to be wrong.

The training.  I've been running high 20's-30 miles a week since January with several long runs of 10 miles.  Overall I've felt strong and pulled off some very fast (for me) long run times recently.  However, I also missed two long runs recently for the 5k and 10k races so my long run game had taken a beating.

The course.  I engineered my 5k and 10k PRs by running on a flat walking trail, but my half course was much more realistic and in fact included two real race courses, the "uphill in all directions" 5 mile race course and the Firecracker 5k course.  Overall my course had 400 feet of up, which is similar to the total elevation gain of the two major marathon courses where I live.  To further add to the realism, I made my course 13.2 miles long.  The "shortest" half that I've run was 13.15 miles and the longest was 13.34 miles so 13.2 seemed fair.  P.S. the "course" was flexible, I had a general idea of where I was going but took my choice of various side streets along the way instead of sticking to a fixed plan.

Race day conditions. Mid 30s, just chilly enough that I needed my running coat, a little wind but nothing too bad, and mostly sunny.

Hydration Plan (a.k.a. I did something new on race day).  At first I thought that I would loop past my house somewhere around 8 to 10 miles for water.  I have a 16oz running water bottle but I just needed more.  Leaving a water bottle at the end of our driveway was a sensible solution, but the more I thought about it, I knew that it would be tough to come home and still have 3-5 miles to run.  After debating my options I came up with the simple idea of recycling a 12 oz Gatorade bottle and putting it in a small padded bag.  In the early part of the race it was in my coat pocket and the bag provided padding so that it didn't jousle around.  After two miles I was warm enough to take my coat off and tie it around my waist, which meant that the bottle was now pounding on my leg, so at that point I took it out of my pocket.  I held on to the cloth bag, which was easier than holding on to the bottle, switching it from hand to hand as needed.  By mile 6 I'd finished the bottle and by coincidence that put me close to the start of the Firecracker 5k race course, where there was a city trash can for me to throw the bottle away, so if you stretch the point, you can say that I used real race course amenities.  Then I put the bag in my coat pocket and was hands free for the rest of the race.  My last minute hydration solution worked well, it wasn't too annoying to hold on to the bag for 4 miles.

Fuel Plan (a.k.a. a Runfession). I planned to take gels at 5 and 10 miles.  Normally I carry an extra gel with me and I was never sure exactly why I did that.  For some reason I only brought two gels with me and naturally once I opened the 10 mile gel I dropped it.  The "mouth" landed on dry sidewalk, but there was visible dirt on the bag and of course there's a pandemic or something right now.  I had the following options:
I did one of the three things and I am still here 24 hours later to tell the tale.  But safe to say that I will always carry an extra gel in the future.

So what's it like to run a virtual half? Duh, it's really hard!  But wait, there's just something about the experience that makes it worth it.  So in that sense it's exactly like running a "real" half.

Energy wise things were a breeze up to mile 8 and then my course started going uphill so it got harder.  I kind of wanted to quit in mile 11 and breathed a sigh of relief when my watch hit the 12 mile mark - not because things were any easier but because even at my worst I'm not going to quit a 13.2 mile race once I have 12 miles invested.  And joy of joys, the watch hit 13 miles and my house was in sight.  I ran by at exactly 13.1 and continued to the end of the street to get my planned 13.2 and then walked it out for a bit.

There weren't too many other people outside and I feel that it was a 50-50 split on whether they or I took the initiative to social distance.  When I'm walking of course it's easy to move out of the other person's way but when I'm running it's a bit of an energy suck.  I saw 2 other runners so I got 2 socially distant high 5's along the way.

The Finish Line.  Walking in my front door to my family and cracking open a beer was the sweetest after party ever.  I don't have a medal to show off right now, but I will sometime in June (or whenever it's safe to mail out swag bags).  The Big City Marathon converted to virtual so I submitted my results.  Not to brag but I was in 11th place when I turned in my results and that's what it says on my finisher's certificate;-)

Results.  Forgive me for being vague, I've kept my results on the DL for the Rambling Runner series b/c of my qualms with Strava's privacy settings.  Here's what SmashRun has to say:

My opinion is that I could have done "better" if I hadn't missed the two long runs but then I wouldn't have my 5k and 10k PRs so I'm good with how things worked out.  Between you and me, I sandbagged a bit so it's very likely that my next half will be a PR as well;-)

What's Next.  TBH I haven't decided yet.  I'll take it easy next week, and here are the thoughts that are ping ponging around in my head for the rest of the spring: