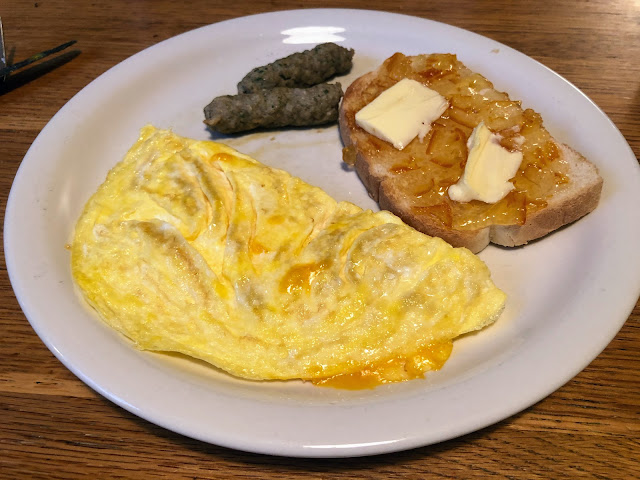 A weekly round up: eats, watches, and reads.  In this week's news, I finally got caught up on meal prep and went on quite the reality TV bender.

I took a few days off running to recover from my recent half marathon exploits, so instead of "coffee and a Cliff bar", I had "real" breakfasts this week.  Omelettes, avocado toast, and of course the "rest day classic" of a cereal bar, string cheese, and fruit. 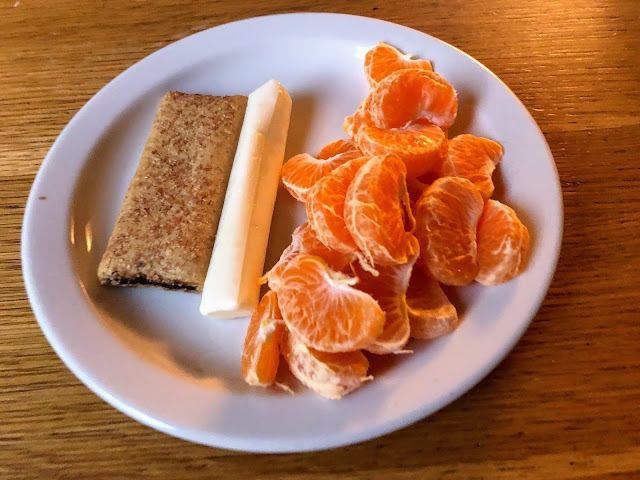 So for the past few weeks, eh ok months, I haven't done much cooking or kept up with meal prep.  It's been a trifecta of being busier at work, the kids having earlier night time activities,  and general quarantine burnout.  I finally hit "rock bottom" on Monday.  Not that there's anything wrong with the good ol' PBJ, it's just not my dream lunch. 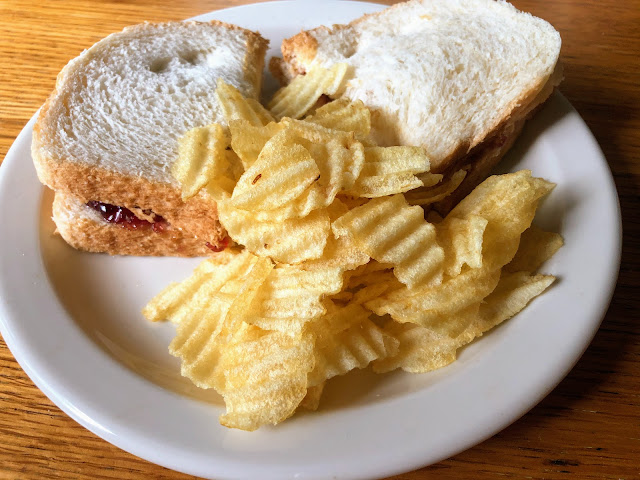 Tuesday: struck it lucky with a spontaneous quesadilla.  Refried beans, Trader Joe's fire roasted peppers and onions, cheese.  And some spontaneous guac on the side with half an avocado that was on its last legs. 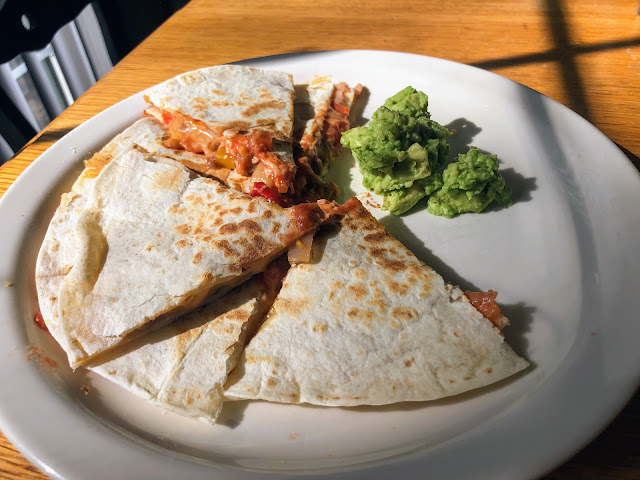 Wednesday, Thursday, Friday, & Sunday: the tide has turned!  That's a fresh batch of Gimme Some Oven's Broccoli Cheese Soup.  On Tuesday night I diced the carrots, onion, and garlic and made the soup fresh on the spot for lunch.  Increasingly it's hard to get away from work but I was determined to have freshly made soup so I did what I needed to do, which was to plop my work laptop on the kitchen counter.  My husband teased me, "Are you cooking and working at the same time?" and yes, yes I was.  Which I think is a testament to how easy this recipe is. 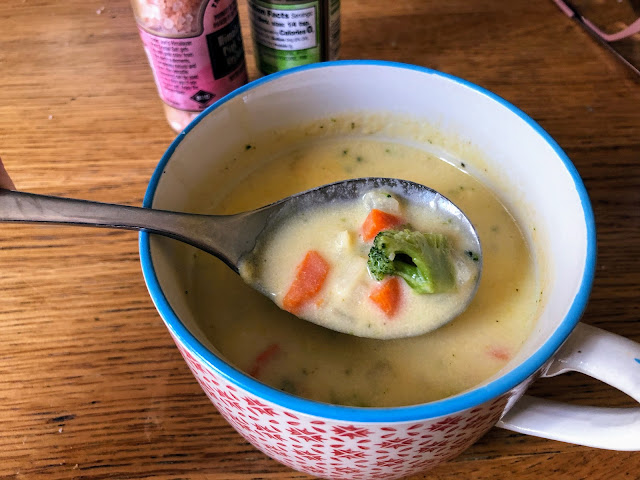 I used a bag of Costco's frozen broccoli for further convenience.  It came together in a snap and was delicious.  My only criticism was that the leftovers were very vegetable thick, not sure if the broth condensed or if it just has too many veggies to start with, so next time I will simply use less.  I also want to try some other broccoli cheese soup recipes, but I can most definitely see coming back to this one.

Saturday: I did a big ol' meal prep cookoff that kept me in the kitchen for hours.  To get started I picked up some fine grocery store sushi as a treat.  And enjoyed it very much. 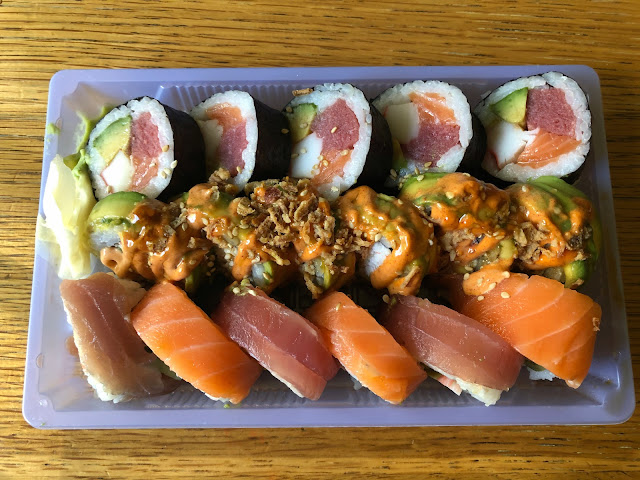 Again, a reminder on the context...my work tends to spill over into the evening hours without notice.  My stepsons have a number of extra curricular activities and have places to be/Zoom calls to join in the evenings.  These events have gotten earlier and earlier the longer that quarantine has gone on, so that's the inherent struggle with producing home cooked family dinners.  I'd kind of checked out and said "let us eat mac n'cheese, that's good enough for this season of life", but as the weeks have gone on, I've increasingly been saying "hmm, it would be nice to have better dinners and hmm, I do have free time after dinner and TV isn't that exciting right now, seems like a natural fit to do some meal prep".

Monday:  hubs picked up a rotisserie chicken for him and the boys, I worked and ate snacks.

Tuesday: the last surge of the storm.  The menfolk finished the rotisserie, hubs made me some hot dogs. 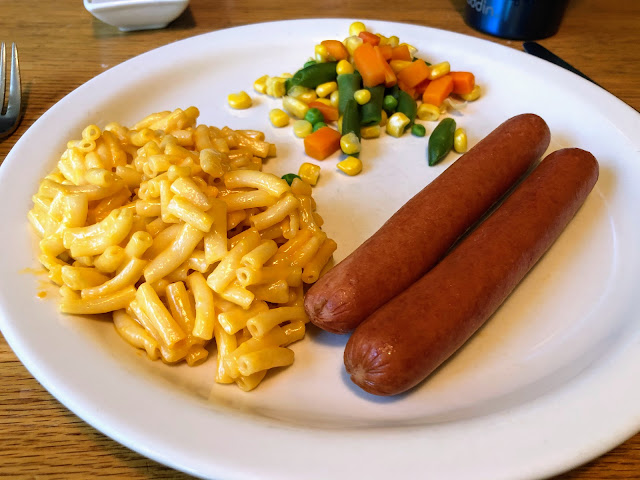 Wednesday and Thursday: hey, this thing is not like the other things!  On Tuesday night I made twice baked potatoes and had the ingredients for a double batch of meatloaf ready to go.  Then I was able to sneak away from work long enough to mix up the meatloaf and get it in the oven along with the twice bakeds for their second bake.  Dinner success!  With leftovers in the freezer! 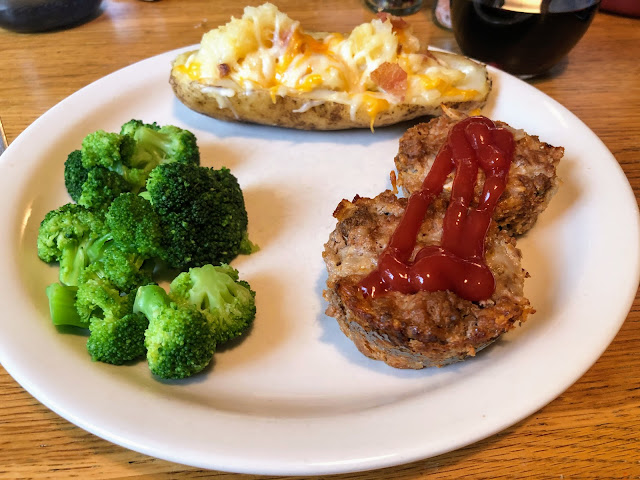 Friday: it was Boy Scout Camp weekend, so this was a single girl night.  I got takeout pizza and a salad, and honestly the pizza was a meh.  We've been getting takeout once a week to help support our local restaurants, but I think the Pizza Industry will probably be just fine if I start making my own pizza once a month on my single girl nights (back in my single days I made pizza nearly every Friday night). 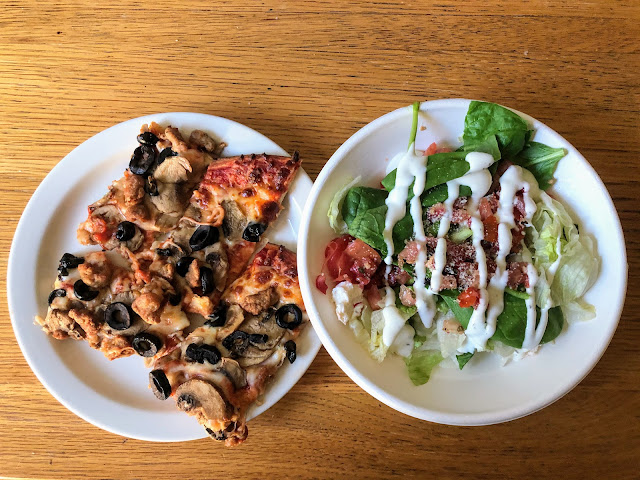 Saturday: Meal Prep Central.  I worked on and off to stock up on breakfasts and lunches:

I snacked as I cooked and sat down with a small bowl of pasta, so that was "dinner". 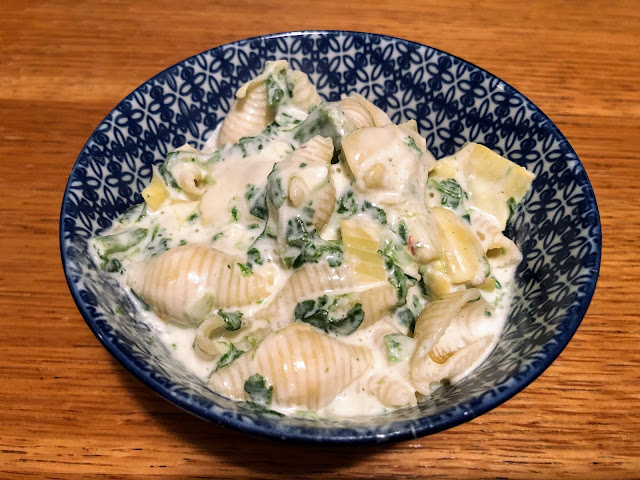 Sunday: the menfolk came back from camp!  Normally we have tacos to celebrate their return from the woods, but stepson #1 had a hankering for fries and asked if we could have burgers instead.  I didn't exactly hate his suggestion;-) 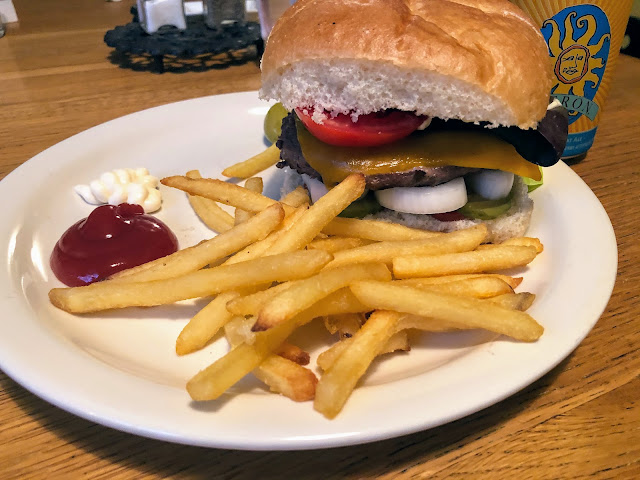 I had already gotten taco fixings, so after dinner I did my final meal prep sweep and made cilantro lime rice and cooked the beef so we have several nights of dinners waiting to go for us next week.  So whew!  I feel like I have finally worked off my "meal prep" debt.  As long as I can maintain it with a new idea or two each week and work doesn't get too crazy we should be set.  I mean, it's nice that in a pinch I can say "tag you're it" to my husband when dinner time rolls around, but it's also nice to step it up and take care of our meals.

I hit the Reality TV jackpot this week.

First up, I finished Strong on Netflix, the reality show where ordinary women paired up with trainers and got buff.  For the most part, I really don't care for the competition angle of reality shows BUT I really got into this one.

Next up, Fit to Fat to Fit.  I'd heard about this show and I think I saw a few episodes when it first came out, but I don't have cable and I think that was when Youtube started cracking down on people posting full episodes of TV shows so I didn't have a (free) way to see it at the time.  Turns out it's available from my library via Hoopla...aw yiss another free TV source!  And I'm just as happy to see it now as I was when it first came out.

So anyway, this show is about overweight people who pair up with buff, shredded trainers to lose weight...the catch is that the trainers have to first gain a lot of weight and then lose it while working alongside their clients.  The trainers all go through an arc of "being in shape just takes a little discipline and knowledge I don't know why everyone isn't as buff as me" to "hey it feels great to eat whatever I want and have a social life now that I don't work out 10 hours a day" to "I feel like crap and am totally addicted to food" to "thank God I can have spinach smoothies and work out again!".

And then I started browsing on Hoopla and OMG the latest season of Married at First Sight is there for my viewing pleasure.  Thanks for nothing Hulu and Netflix!

So at any rate, my reality cup floweth over thanks to the library.  Now if I could just find a "real" show to watch.

I am very late to this party, but I "read" a.k.a listened to the audiobook of The Immortal Life of Henrietta Lacks.  If you're like me and missed out the first time around, it was a great listen.  And hey, a lot easier to get through the library now than when it first came out.

I'm in an uncertain place with Mexican Gothic.  My kindle tells me that I'm 77% of the way in, and the breakdown is:

So sorry to leave you hanging, but that's where I'm at with this one.  I can endorse this book as being at least 68% awesome, which is a lotta awesome.  Solid plot, solid writing, solid characters.  If you're looking for something to read I think it's most definitely worth picking up, but I just don't see where it's going to go from here.