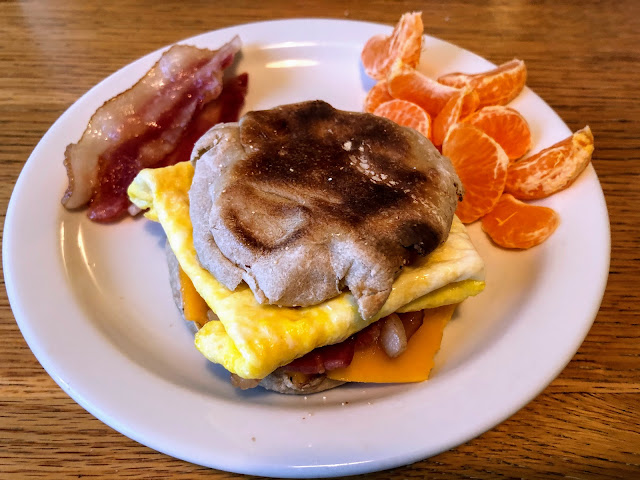 This week's big musing was about bullet journals.  I've hear a lot about them but I've never quite understood what they are.  Any time I try to read up I just see links to fancy notebooks and pencils, which doesn't sound like my kind of hobby.  But this post from Modern Mrs. Darcy kind of cleared it up for me.  She wrote that she's now including her family's dinners in her journal "this may seem like such a silly thing to track...it's a log I never imagined I'd want or need".

So...have I been keeping a bullet journal via the blog all this time without even knowing about it?  Huh.

I finished up my stash of freezer breakfast potatoes with salsa and eggs. 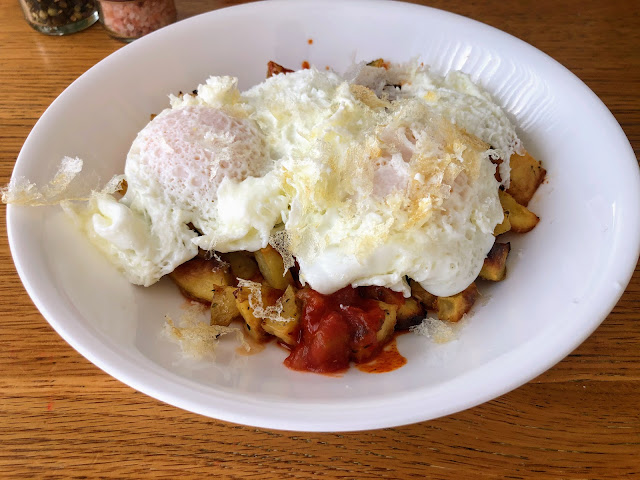 On a whim I picked up some frozen pad thai from Costco and I have become obsessed. 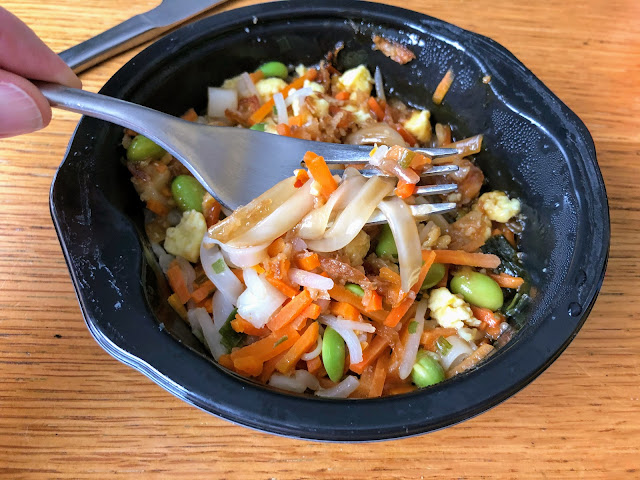 Mondaze are for leftovers... Shepherd's Pie & apple pie for dessert. 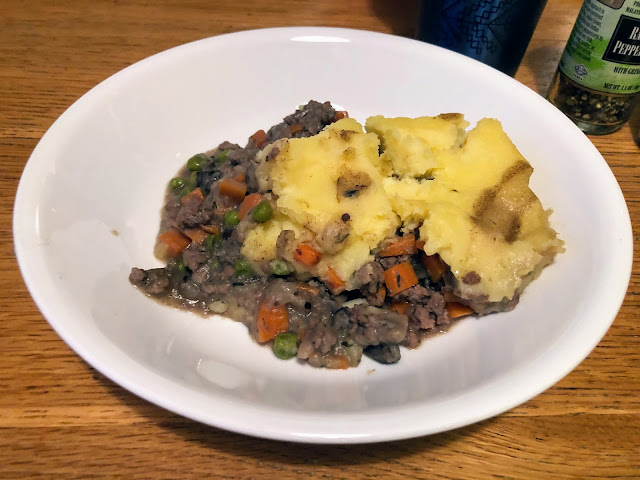 Tuesday: I knew in advance that it would be a busy work day, so I picked up some chicken skewers from Costco to help the hubs with dinner.  We are a house divided with these: hubs and stepson #2 love them, stepson #1 and I can't stand them.  For me the first bite is good but they get weird after that. 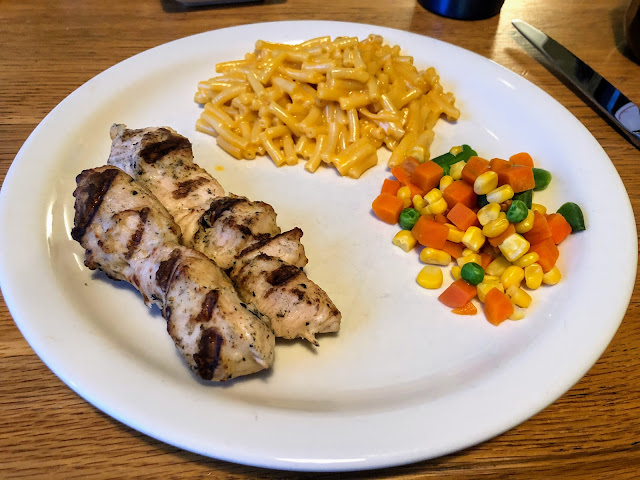 Wednesday: I worked late.  The fam had more chicken skewers and rice, I had snacks.

Thursday: ravioli FTW.  Note to the adults in this house: we need to have ravioli more often. 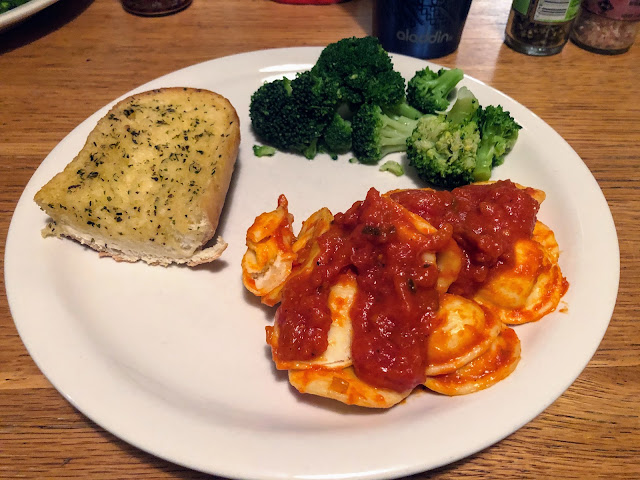 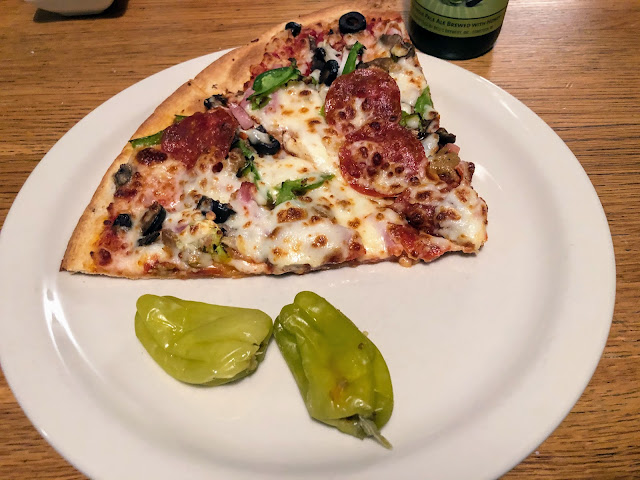 Saturday: mandatory burger night.  Stepson #2 talked about nothing else all day. 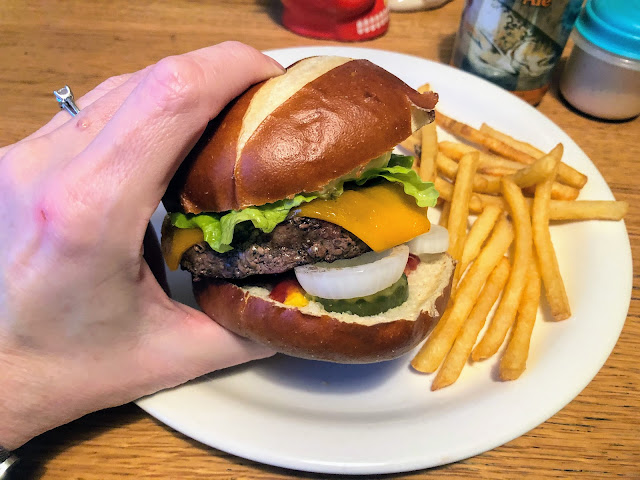 Sunday: it had been a while since we'd had steak so we got on that.  Mashed potatoes, grilled zucchini and grilled portabelos rounded out the meal.  All of a sudden both of the stepsons are huge mushroom fans. 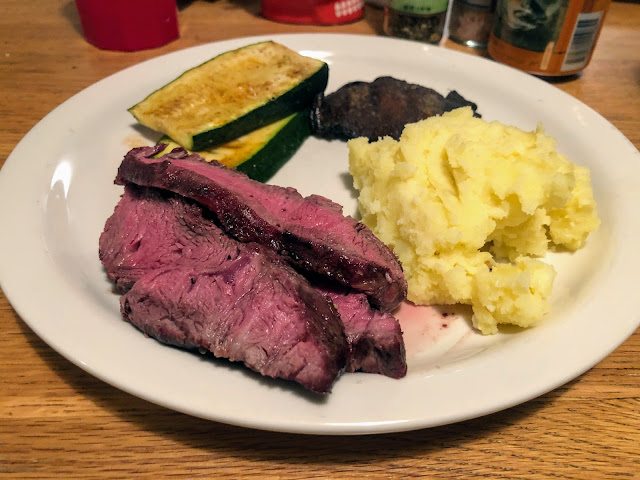 For treats we've been stocking up on all of the Valentine's goodies.  Hersey's lava cake kisses are our favorite new find this year. 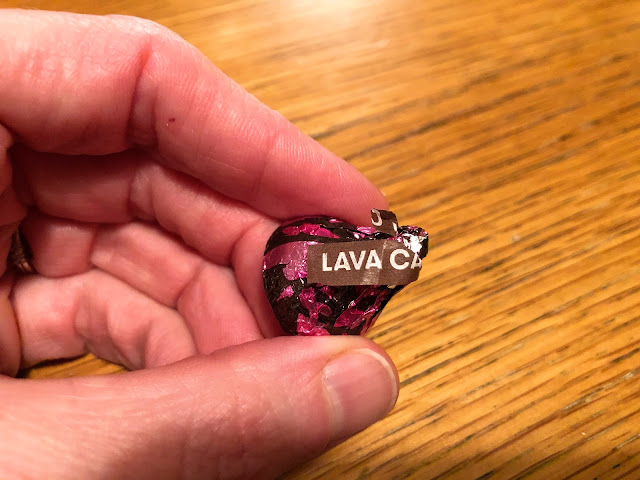 For my treadmill watching, I'm almost done with Outlander season 5.

For my couch watching, I hit up the old movies c/o HBO Max.

First up: Mildred Pierce.  I struggle with this one a bit because the book is way better.  From what I remember the Kate Winslet version was good and I might rewatch it while we still have HBO but it suffered from not having Joan Crawford and not being as good as the book so...any remake is kind of doomed for the "not having Joan" limitation.

Next up was a Hitchcock that I hadn't seen in a while.  Foreign Correspondent, thumbs up.

I finished The Talented Miss Farwell, but honestly the story lost me and I paged through the last half of the book just to see what happened.  It because too much art collecting and not enough Miss Farwell.  Speaking as an accountant, from what I understand the key to accounting fraud is never taking a vacation so that you're always the first one in the office to get the mail, and I didn't quite get how she was able to pull that off with all of the traveling.

Currently: The Golden Compass by Philip Pullman a.k.a. the first book of the His Dark Materials series (a.k.a. that show on HBO that the hubs and I saw last month that we loved so much).  So far the book is very similar to the show but frankly I want more of the show so I'm good with that.

Posted by Birchwood Pie at 8:55 PM