Weekly Eats: And Then I Quit 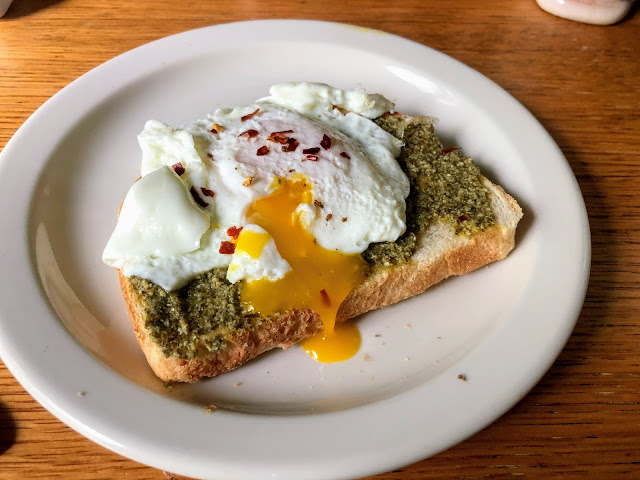 A weekly round up: eats, workouts, watches, and reads.  In this week's edition we winged it for meals, I had a breakfast disappointment, I started listening to a podcast called "And Then I Quit", on the job front I had two misses and an unexpected hit...and then I quit!!!!!

Friends, sometimes things that sound wonderful on the internet are less so IRL.  Exhibit A (pictured above): pesto toast.  Three great tastes that do not taste great together. 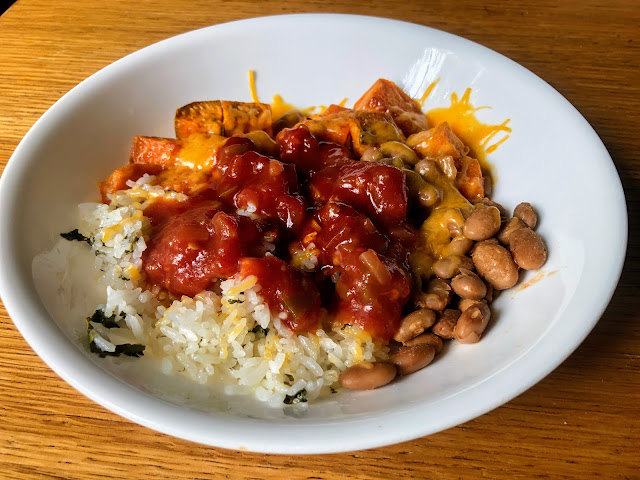 The highlight of the week was the day after we had Chipotle for dinner.  I've been getting the quessadillas lately, which come with three sides.  I've been getting rice, pinto beans, and black beans for my sides.  I've found that one service of rice + half a serving of beans + roasted sweet potatoes that I always have in the freezer plus cheese and salsa makes a good meal.  All that's missing is some avocado.

A total wing it thanks to my work schedule. Hubs made a very good spaghetti with meat sauce one night, a mac n' cheese night, a fend-for-yourself night and then we went out for the rest of the week.

Hubs wanted to do a tribute to his father for Father's Day.  My FIL was in the navy and was a huge fan of musicals, so the clear answer was South Pacific.

I haven't started my next book yet, so in lieu of that let me tell you about my latest podcast obsession.  I came across this article which led me to this podcast. 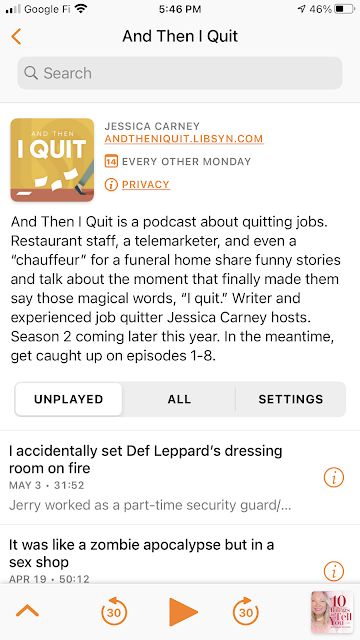 It's everything...so snarky, so juicy...this show makes me so happy.

- The company that I had been interviewing with for over a month contacted me on Tuesday to ask if I could meet with them on Thursday.  I was puzzled since surely if the answer was no they would have said so?  But also my experience has been that once a company decides to hire you they usually don't wait two days to tell you...so what the what.

Fun fact: yes a company will totally schedule a mystery meeting with you two days in advance to tell you that you didn't get the job.  I thought I had seen it all but this was a new one on me.

- My dream job interview also sent a reject the same day.  Fun fact that just because an interview goes over-the-top well does not mean that it will translate to a job offer.  Even if the hiring manager has the same Garmin as you.  Though props to them for just sending an email instead of scheduling a meeting for two days out.

- And then out of nowhere my former boss texted me to ask how my job search was going and I bet you can guess why he was asking!!!  I adored this boss and when I found out that several other people we used to work with are at this new startup my only question was "when can I start?"

The actual quitting was an anti-climax.  I wasn't even the first person in my department to quit today and it's not a large department.  I gave 'em three weeks, which is enough time to finish up the big project and then train folks.

I'm still adjusting to not spending hours on end on LinkedIn and Glassdoor.  The next thing you know I'll be cooking meals for my family and reading books and doing endless frivolous stuff with my newly found spare time.

Posted by Birchwood Pie at 9:06 PM