Weekly Round Up: Seaweed and Snowstorms 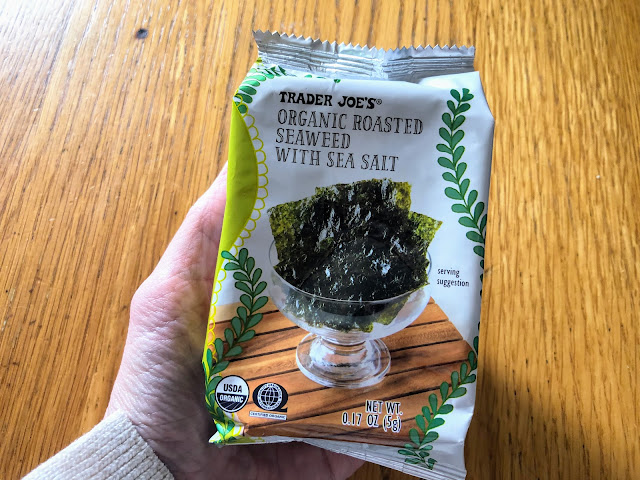 A weekly round up: eats, workouts, watches, and reads.  In this week's adventures stepson #1 and I have a new favorite snack, I got one over on the weather and got my long run done before a snowstorm, and I have an incredible TV show and an incredible book recommendation.

I made another trip to Trader Joe's and on a whim I picked up some seaweed snacks for stepson #1.  I knew that he would like them though I did question the wisdom of buying a 30 calorie snack for a teenage boy.  For my part, I like seaweed when it's wrapped around sushi, but I've had other seaweed snacks and found them to be overrated.  Well, this stuff is not overrated at all and stepson #1 and I blew through the six pack in no time.  I'm hoping that Costco has a version of this and for once we'll welcome the bulk sizing.

The seaweed is great on its own, but I also did a quickie riff on an NYT recipe for lunch one day - leftover rice mixed with soy sauce, sesame oil, oyster sauce, sambal oelek, and topped with seaweed, some crispy onions, and two drippy eggs. 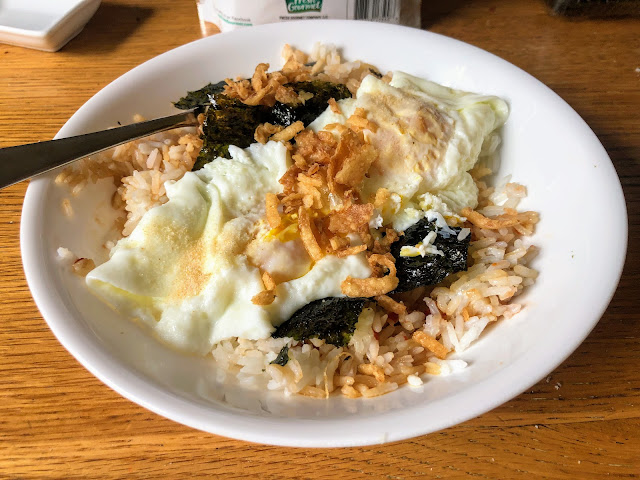 Also noteworthy is that somehow it had been a long time since we'd had steak for dinner.  This simple flank steak and mashed potatoes meal was a big hit with the entire family. 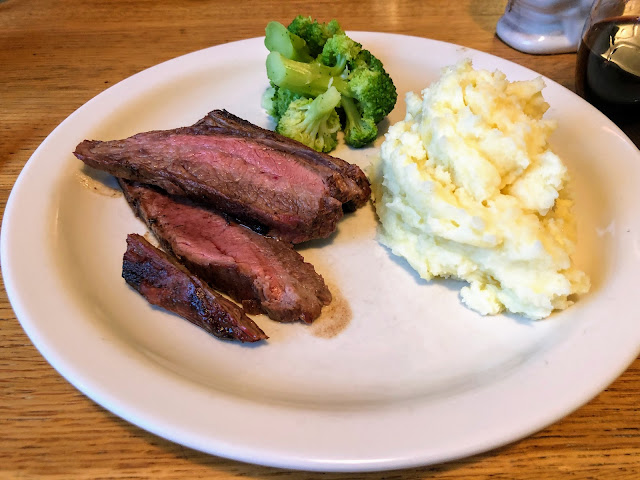 One week closer to my next half marathon and 26.8 miles in the bank.

Monday: off (I did my Monday run on Sunday to take advantage of the weather).

Friday: with awful weather on tap for the weekend, I knew that my long run had to be now or not at all. 8.25 miles and there's nothing better than getting the long run done before the weekend.

Saturday: yikes thank goodness I got my long run the day before because the weather was way worse than expected.  I bundled up on the couch, watched the snow fly, and felt very smug for have gotten it done the day before.

Sunday: I wanted to get some more miles, but the weather was not cooperating.  I didn't want to run on the treadmill but once I got there my body was happy with being inside and I found myself getting 6.3 miles with ease.

My long run felt decent and I feel like I can ramp it up to 9 miles next week.  There aren't that many long runs left between me and the race.  I'm still slow as molasses but I'm moving so hopefully at some point I'll get an uptick in the speed department

Who knew that Israeli TV is where it's at?  I was poking around the internets looking for a good show and turned up Fauda on Netflix. It's about a team of Israeli agents who are chasing after a Hamas leader who in return is going after them.  It's not something that I would have imagined I would have had the least interest in, but I got hooked in right away.  The key is that it rides the fine line of being suspenseful without being overly frightening.  I'm about halfway through season 1 and trying to decide whether to binge it or savor it.

Last week I told you that I walked away from on The Nothing Man since it was getting a tad disturbing but I was considering giving it another try after reading Stephany's review...well thank goodness I did because WOW.  I did have to skim a bit in the first half of the book (what I can I say, I just don't enjoy home invasion serial killings) but it was so worth it.

I'm almost done with my reread of Eleanor Oliphant, and thumbs up there as well.  I had forgotten almost all of the story and I've enjoyed the revisit.

It helped to write it all down.  I had another interview with Player 2 today, which was fine but not "OMG I want this soooo bad" so it's trending toward a no for me.