Weekly Round Up: No News is No News 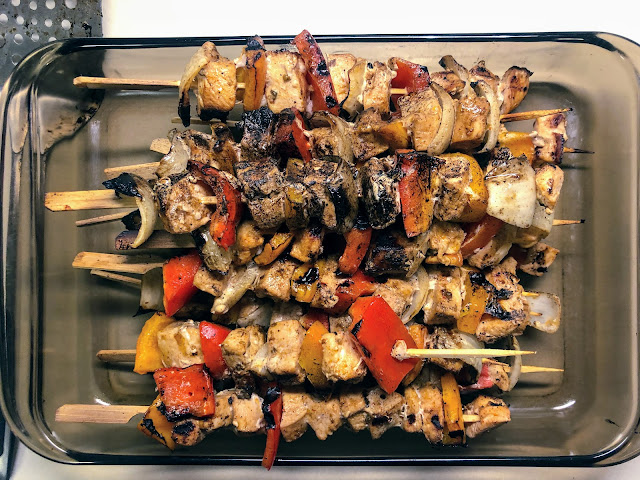 A weekly round up: eats, workouts, watches, and reads.  In this week's edition there's no news on my job search and I'm ramping up the running again.

Well, I may not have an update on the job search situation but I do have a ton to say about it...look for a separate post in the next few days.

Nothing new or notable.  Hubs cooked chicken parm for dinner one night;-) 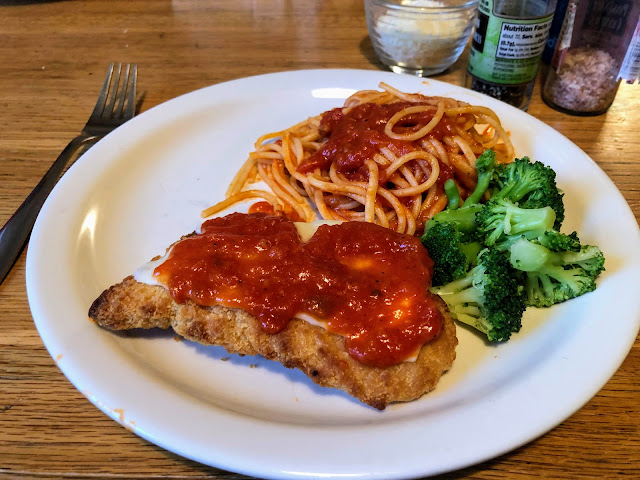 I made us salmon bowls the next night (dressing from here but without the wasbi, air fried from frozen salmon, Costco stir fry veggies, rice, avocado, and sesame seeds and wonton for toppings. 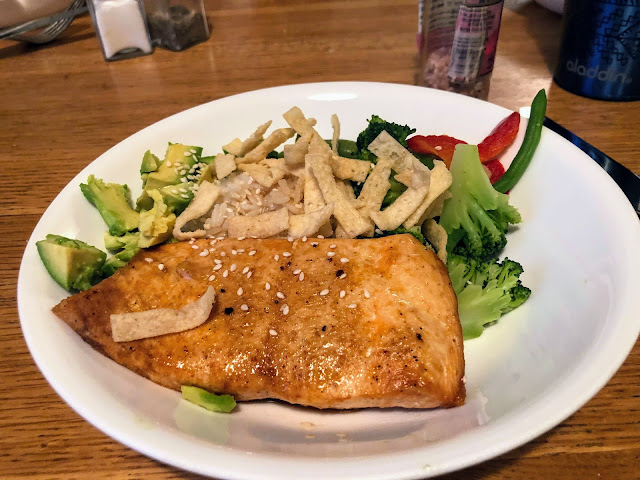 And a round of chicken fajitas for Sunday dinner.

I haven't said very much about running for a while, so hold on to your hats because that's about to change drastically.  This was the first week with a long run of more than 10k and my highest mileage week of 2022 so far @ 25.75 miles.

Friday: I was determined to get outside no matter what.  The temperature was under 20, which is colder than I will usually run outdoors in, but everything else was right: low wind, bright sunshine, and ice free roads.  The air was a touch harsh and I felt sluggish in the first mile, but my runner's spirit kicked up and I went all in.  I didn't have a plan other than to keep running faster, so I did 4 miles of negative splits, a cool down mile to get home at a very slow and relaxed pace, and then another quarter mile fast just to show off.  5.25 miles total.

Saturday: 7.25 miles with no weather drama.  I planned a hilly route, but I was much slower than the day before and the further I got the more I was tempted to change it up to avoid my giant hill in mile 3.  But also the further I got I was like I just couldn't look away so I kept going up.

Sunday: first tank top and shorts run of the year!!!  I was not planning to run but it was simply too nice to stay on the couch.  After the first mile my body told me that it did not appreciate running the day after a long run, so duly noted by I got 3.25 very slow miles.
Next week's long run will be 8 miles and we'll see where we go from here.  Fitness continues to run hot and cold...some days it's great and some days it's very meh.  The one thing that I've noticed is that my cadence has gotten lower since last fall.  I'm not sure why but that seems like something that I could figure out.
Watching
Still watching and enjoying The Marvelous Mrs. Maisel on the treadmill.
For couples TV, the hubs and I gobbled up the entire season Toast of Tinseltown this weekend, which is a new spin off of one of our favorite silly shows, Toast of London.
Reading
I started rereading Eleanor Oliphant is Completely Fine, mostly because the lead character in The Maid reminded me so much of Eleanor.  My verdict on that is that The Maid steps too close to Eleanor - which isn't to say that The Maid wasn't a good book, but the similarity of the two characters has me raising my eyebrows.  Anyway, it had been long enough that I had forgotten the story of Eleanor and am enjoying the revisit.
Toward the end of the week my library hold on The Nothing Man came in.  I recently heard the author on the Sarah's Bookshelves podcast and even without having read her books it was a great listen.  It was good BUT the whole serial killer specializing in home invasions was freaking me out so I put it aside and went back to Eleanor.  But after seeing Stephany's review this morning I kind of feel like giving it another shot.  Stand by...

There's a new season of The Dropout podcast!  (shoutout again to Stephany for bringing this to my attention).  The Dropout is about Elizabeth Holmes and Theranos, and season 2 covers the trial in an in-depth and not-boring way.

Posted by Birchwood Pie at 7:15 PM