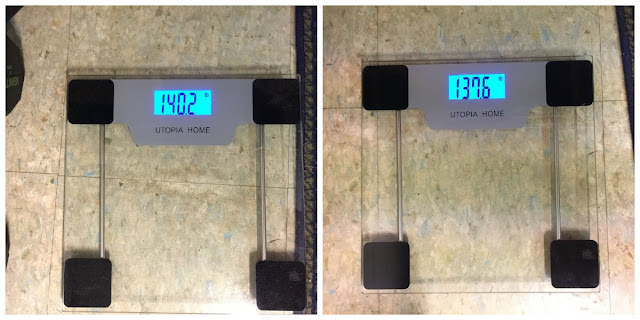 Weekend Breakfasts
Annual school pancake breakfast
Avocado toast and bacon (this was the same avocado that I made guac with last Saturday, so this is a personal best for avocado usage at 8 days.  Here's how I make avocados last). 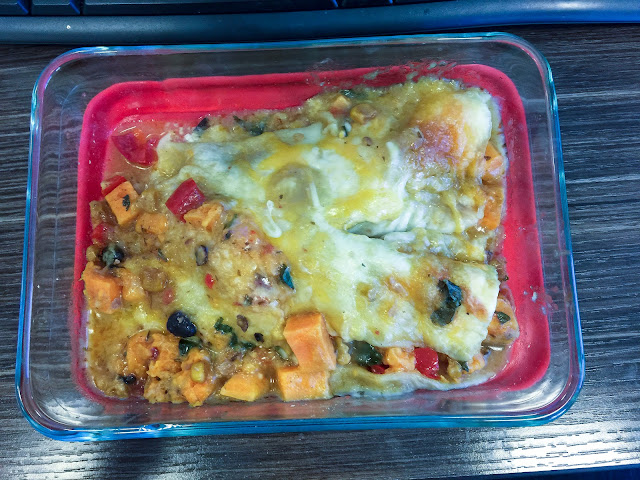 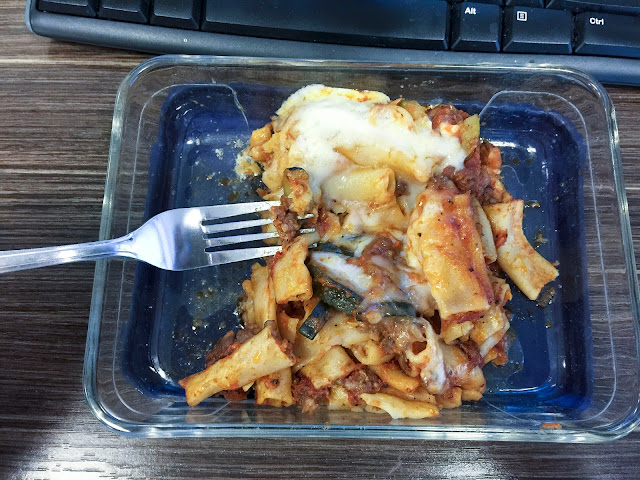 Weekday Dinners
Monday (family meal): Baked ziti leftovers from Sunday.  Thumbs up from stepson #1, less enthusiasm from stepson #2.  He's OK with veggies as long as they're on their own but gets suspicious when they're mixed in with other things.

Wednesday (date night): hit it out of the park with Korean Noodle Stir Fry with via Gimme Some Oven.  I had previously ordered glass noodles on Amazon and did all of the veggie chopping/steak marinating the night before. 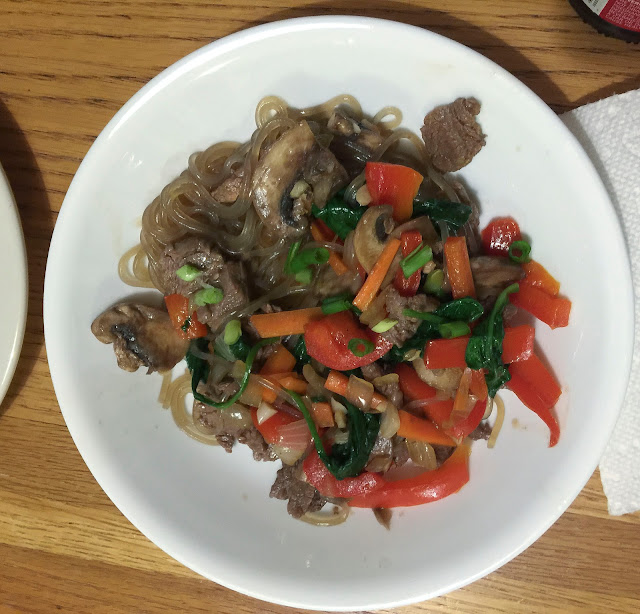 Nine times out of ten I use linguine for stir fries because I just don't feel that it's worth the trouble to shop for and stock a more authentic Asian noodle.  Well, glass noodles, you have won my heart and you will be staying around.  They were good fresh but even better in the leftovers.

With that said, the two things that I will do differently next time is to break up the noodles before cooking (they were way long) and to store the noodles and meat/veggies separately.  With everything mixed together it was tough to get the goodies out of the endless strands of noodles.

Thursday (fend for yourself night): hubs steered clear of the leftover stir fry due to the mile long noodles, and for the life of me I can't remember what he had.  I  chomped down on the stir fry.

Friday (family meal): well, it was a rushed family meal due to a scout meet but we ate in the same place at the same time and walked stepdog afterwards, so I'm calling it a family meal.  Mac n'cheese and nuggets for the kids, baked ziti for him, stir fry for me.

Sunday (family meal): Souvlaki. An old family recipe and one of the quickest meals to make. 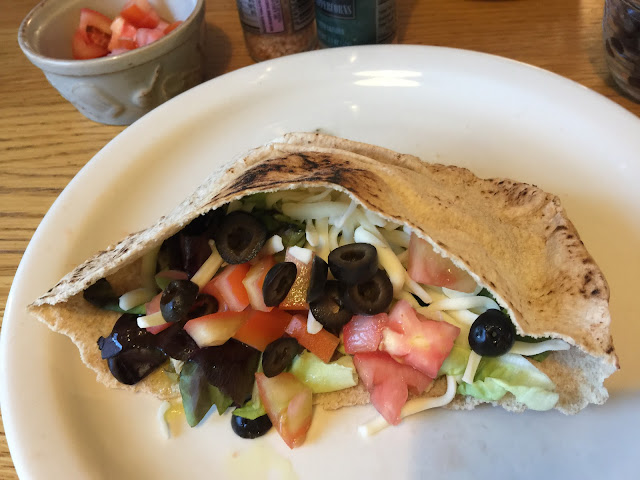 Meal Prep
Minimal this week.  Expect to see a rotation of enchiladas and baked ziti for next week's lunches, and souvlaki for dinners.

Other
Workouts: still the usual running, walking, and lifting, but with another usual result: 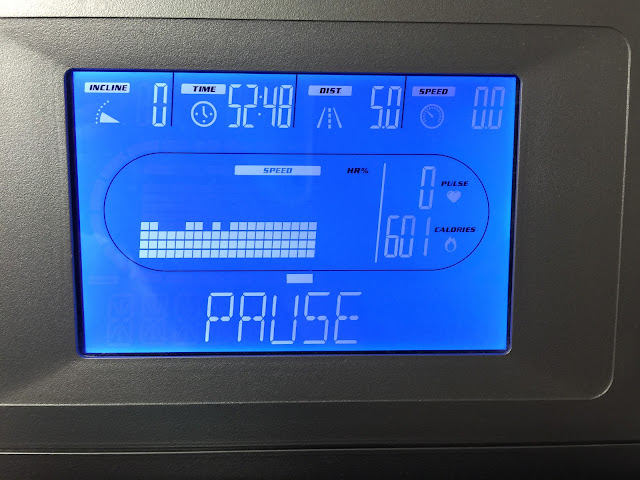 Another treadmill PR yesterday!  That works out to a 10:33 pace.  To catch you all up, I've been a 12 minute miler forever, and started doing one speed workout a week last fall.  In January, I was getting around an 11:10 pace, and in Feb I've made increases every week.  My mile M.O. now is to alternate 5.5 and 6.0 quarter miles.  Right now I'm doing all of my running on the treadmill, so the big question is how what will my speed be once I start running outside again?

Watching (from the couch): well, we were misinformed about season 3 of Ash vs Evil Dead.  It's out on TV this week, but a long way from Netflix.  We'll either wait until all the episodes are out so we can binge it on the Starz app, or just wait until it comes to Netflix (we don't have cable, we have Hulu, Netflix, Amazon Prime, the library, and occasionally we'll get a membership to other apps or buy episodes if we're really interested in something).  In its place, we started on season 2 of Con Man.  On my own, I watched Citizen Kane, which I don't think I've seen as an adult.  You know what?  Not a fan.  It just left me cold.  Tonight with the kids we're watching 20,000 Leagues Under the Sea.  Stepson #1 just read the book.

New Year's Resolution/Goals Update
See here (way at the end of the post) for my resolutions and here for the January update.
Your Turn