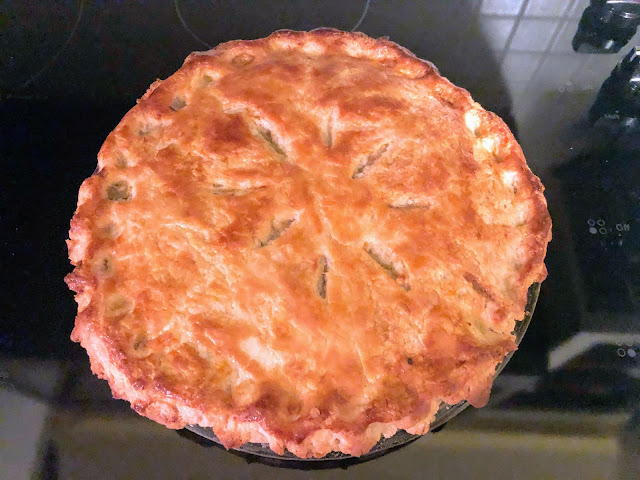 A weekly round up: eats, watches, and reads.  To offset the cold, I made a chicken pot pie and experimented by using the air fryer and oven instead of the microwave to reheat leftovers.

Recently a few of my coworkers and I were chatting about food and someone mentioned that they never use their microwave.  As if that wasn't shocking enough, the other person chimed in and said that they didn't either.  I asked if they ever ate leftovers and they both said that they did, but they always used their ovens to reheat things.  And the more I thought about it, the more I realized how long it takes some nights to reheat four portions of food in the microwave.  Could there be something to the no microwave way of life?  Read on and find out. 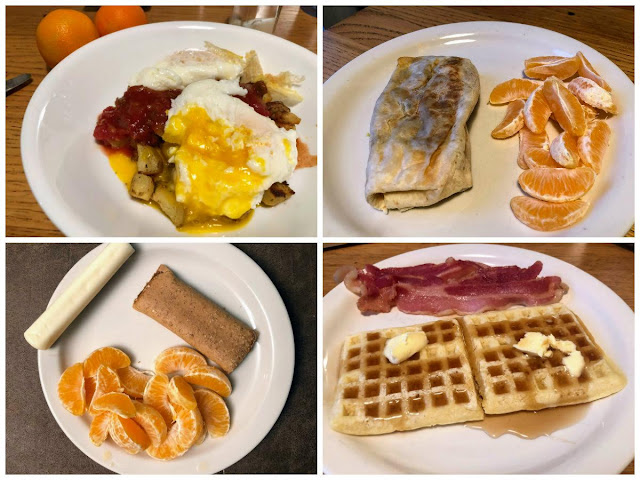 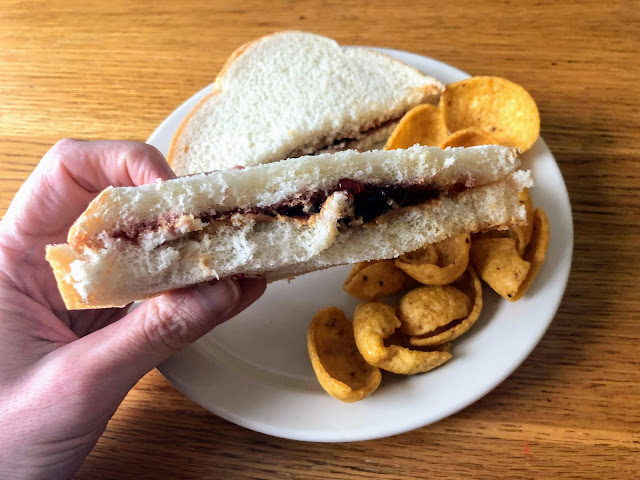 I copped out and ate lunch at work all week.  PBJ on Saturday.  I made a hybrid spinach artichoke pasta/Boursin pasta on Sunday. 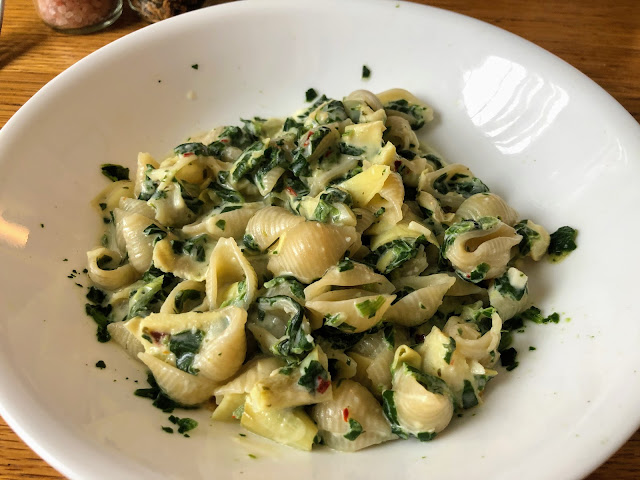 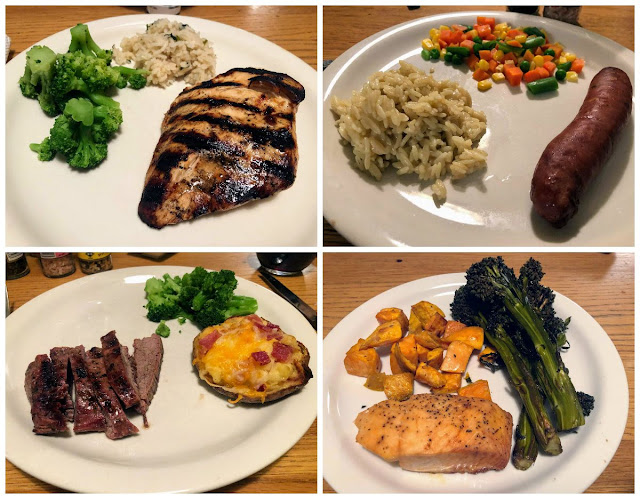 Monday (family meal): I tell you what, when you're having trouble figuring out what to have for dinner, grilled chicken and cilantro lime rice are always a good solution.

Tuesday (family meal): I didn't have anything planned, so hubs picked up a rotisserie chicken on his way home and made some rice.  I'm not a fan (I just can't do chicken that has bones in it, related to childhood food phobias and Clean Plate Laws), so I had a chicken sausage with my dinner.

Wednesday (date night): I tell you what, when you're having trouble figuring out what to make for date night, flank steak and twice baked potatoes are always a good solution.  I gave the potatoes their first bake the night before and the smell of potatoes and bacon got everyone's attention in a good way.

Thursday (fend for yourself night): brought home the leftovers from our work catering that day: salmon, sweet potatoes, and broccoli rabe.  Instead of microwaving, I used the reheat mode on the air fryer to reheat the meal for however long it took me to change and get a load of laundry in.  Yes the microwave would have been faster, but in terms of reheating time matching when I was ready to eat, it synced perfectly.  The fish didn't dry out and the potatoes were great.  The broc got a little crispy but all things considered I'll take that over microwave squishy.

Friday (date night): we went out to a Lebanese restaurant.

Saturday (date night, arctic edition): after a mild week someone reminded the weather that it's January and we had a pretty nasty ice storm.  That was my cue to make chicken pot pie (this filling but with half and half instead of cream and this crust).  The pastry gods smiled on me and the crust was just perfect. 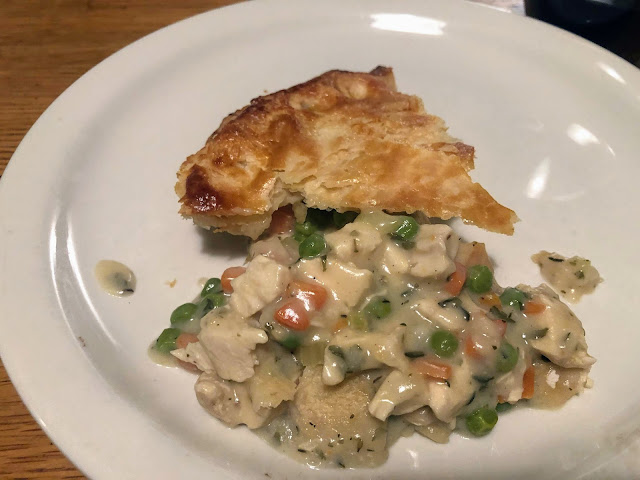 Sunday (family meal): we finished the rest of the pie.  I reheated it in the oven (320 ish degrees for 30 minutes topped with foil) and it came out good as new.  Even the kids enjoyed it.  Again in theory it would have been faster to use the microwave, but the quality wouldn't have been as good and this way everyone's food was ready at the same time.

Considering
I need another appliance on my kitchen counter like I need a hole in the head, but I'm feeling an Instant Pot.  Right now we don't use the crockpot very often because nearly every crockpot recipe I see takes several hours, which is too long for the average dinner but too short for the amount of time that the adults are out of the house on weekdays.  From what I'm seeing, we could make insta meals for weeknight dinners.  Or I could get better at mean planning...hmm.


Watching
Reading
Got a good one here.  The Family Upstairs by Lisa Jewell.
Posted by Birchwood Pie at 8:17 PM