Weekly Sweats: Have I Gotten Faster? 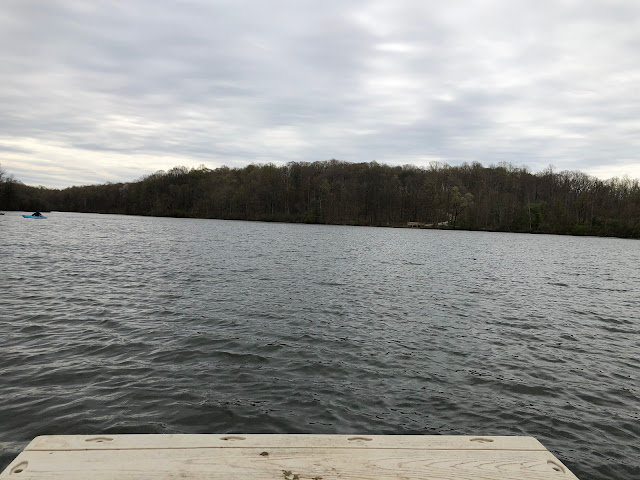 This was a hard week with some good running mixed in.  26.5 miles of running and two weight workouts.  I finally have some data to support that I've gotten faster, and I'm going to ramble my heart out about what's working for me now.

Wednesday: worst rest day ever.  My father-in-law passed away.  He was 91 and had been in poor health for many years, so this was not unexpected, just unwelcome.  His assisted living facility has been on lock down since early March, but now protecting him from COVID-19 was no longer a concern and we were allowed to be with him on his final day.

Thursday: I woke up feeling the weight of a ton of bricks and knew that my planned 6-ish miles with a 'lil speed was not in the cards.  3.25 miles easy gave me the reboot that I needed.

Friday: weights and by rights I should have done hills, but I was still a bit tired so I took a flatter route and got my mojo back.  4.5 miles.

It wouldn't have been the worst thing to just walk the remaining two miles home, but was there another option?  My brain did a quick scan of every running blog I've ever read and gave me a solution for How To Keep Running When You Don't Feel Like Running: 4:1 intervals, which I'm crediting to Wendy (I don't have a specific post, just go there and you'll find something good).   My lizard brain accepted that I was capable of running for 4 minutes and then treating myself to a minute of walking and we were off and rolling. 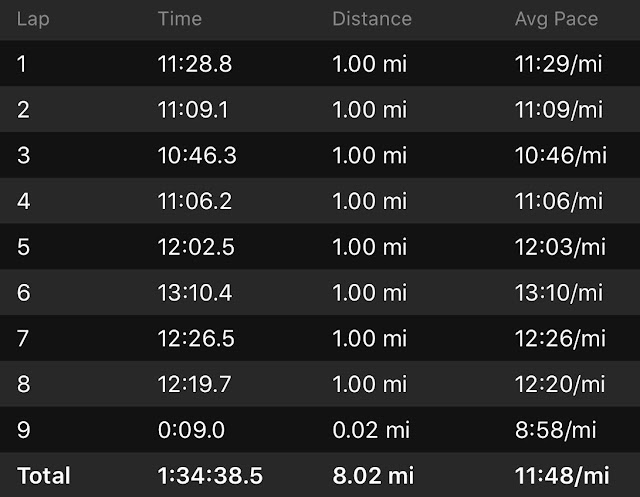 Speed Talk
Speed has been an elusive beast.  I started running 10 years ago, and have been pretty serious about it for the past two years.  When I started, I was hitting a 12 minute pace and up until this winter, I was hitting....a 12 minute pace.  Just run more they said, just do speed work they said...it's not for lack of trying but I've felt very stuck for a long time.  If I had a dime for every time I've googled "how to go from a 12 minute mile to an 8 minute mile" I would be a very wealthy woman.

But something's been different this year.  Overall I feel stronger and I've had a few months of "fast for me" runs.  But how can I quantify that?  Oh hey Smashrun.  What we're looking at is April 2019 compared to April 2020.  The two April's are both 100% road running (I'm faster on the treadmill so that would skew the numbers) and both months had similar mileage, so I think it's a fair apples-to-apples comparison.  I've gone from a 12:08 average pace to a 11:40 average pace.

What I was doing in April 2019: getting ready for my first half marathon.  I ran a 10k and a 10 mile race, both at an 11 minute pace.  Other notable runs were a 10 mile long run in a headwind (ugh I remember it like it was yesterday, that one was tough) and a 12 mile long run.  I was starting to experiment with off-treadmill speed work, nothing remarkable, just a few surges and "one minute fast-one minute slow" stuff.  I remember the weather as being a bit nicer, neither very cold nor very warm.  Overall it was an excellent running month.

What I did in April 2020: ran a virtual 10k and half, long runs were two 10 milers.  I had to change out a few speed workouts for easier runs to taper and then recover from the races, but I do surges and much more difficult speed workouts than I did a year ago.  I feel like the weather has been a bit harsher this April but overall it was an excellent running month.

Things That I Think Are Making A Difference
[Disclaimer: I am a Stranger on the Internet, so please regard my ramblings in that light.  I am an expert in what I think is happening to me, I don't have a clue about what is going on with you.  My primary reason for writing this is to document where I am now.  I am not a doctor, I am not a physical therapist, and I am most certainly not a running coach.  If you disagree with everything that I say, there is a good chance that you are correct.]