Weekly Roundup: Thanksgiving, a Tale of Two 5k's, and THE ROOM 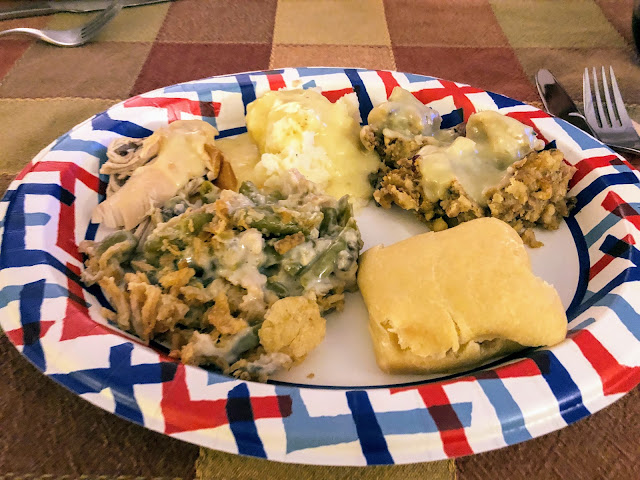 A weekly roundup: eats, workouts, watches, and reads.  In this week's edition we celebrated Thanksgiving, I ran two 5k's and started a run streak, and we had the Ultimate Cinematic Experience.  Move over AFI Top 100, there's a new kid in town.

Thanksgiving was the highlight of the week.   We had an old school family get together at our house with the in-town in-laws, which made for a group of six adults and six kids.

The menu was a divide and conquer effort: 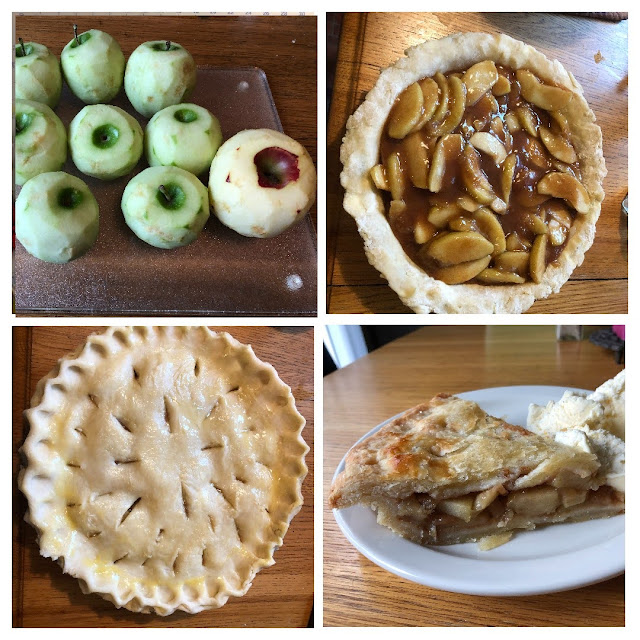 A good time was had by all.  On the leftover front we had turkey, gravy, and rolls, which transforms nicely into "Stuff on a Shingle" so my husband and the boys have been enjoying the leftovers.  I had a few bites of turkey on Thanksgiving before my lifelong turkey aversion reared up, so I switched over to my stash of veggie burritos for dinner the past few nights.

Tuesday: 3 miles of the same hill workout as last week.  I'm not planning to do the same workout every week but I wanted to do a repeat since I knew the rest of the week would be pretty flat.  Strength at night.

Wednesday: off!  This will be my last complete rest day for a while.

Thursday: Race #1 was a turkey trot (2019 recap of the same race here).  My plan going in was to push my pace and get sub 11 splits for each mile and run the final 0.1 at a sub 10 minute pace, which I believed was possible since it's a flat course.

Once the race started it was very congested so I was sure that I was going very slowly and I felt pretty awful.  Gah why is it so hard to be this slow.  I didn't want my watch to mock me, so I kept it under my sleeve and just pushed myself.  I continued at an uncomfortable pace and once the 3rd mile marker came into view I started sprinting.  There was another runner between me and the finish line and that was not going to stand.  She never saw me coming and I left her in my dust. 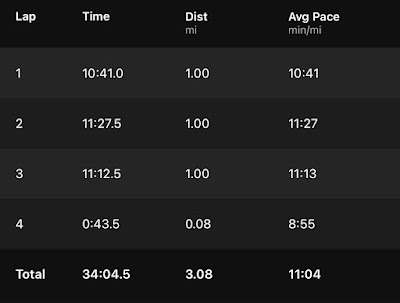 Once I saw my numbers I saw the truth...mile 1 was so hard because I was going fast.  If I had looked at my watch I could have sped up the 2nd and 3rd mile.  Lesson learned and soon to be put into practice...

Friday: 1 outside mile.  I decided to go for the Runner's World Run Streak, which means running a minimum of one mile every day between Thanksgiving and New Year's Day.  I usually don't run the day before a race but I was sure that just one mile would be fine.  And so it was.  I felt really refreshed from the short run.

Saturday: my 2nd 5k of the week!  This is a brand new race that was heavily promoted.  I don't think that there is a single runner in the area who didn't get a thousand emails about this race.  I ignored the first email and started paying attention around the 50th email.

This time I was able to execute my race plan.  I didn't check in with my watch until the first mile since I figured whatever happened would happen.  Then I kicked it up and went for it.  Right before the finish another runner lapped me and left me in her dust, so the universe was put into balance. 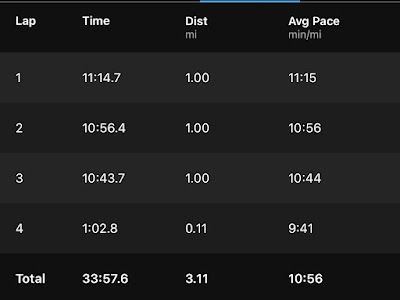 Sunday: the streets looked icy so I got my streak mile on the treaddy.  I added a 1% incline just to get some vert in there.

What's Next for Running

It's not fair to call it from 4 days, but I have a feeling that the streak is going to be very good for me and that I'm going to want to do it a lot longer than New Year's.  I'll keep you posted.

My vert tally is low this week, as expected from running two short races on flat courses. 562 ft total so it should be dead easy to top it next week.

Movie #99 was Forrest Gump, which we saw on Wednesday night.  This was one of the movies on my "never want to see it list", and now that I've seen it I've realized that my aversion came from the trailer.  Take "life is like a box of chocolates" and "stupid is as stupid does" out of context and add the "I gotta pee" scene and that's what I was expecting.  What I got was an excellent movie that roped me in from the first moment and made me cry.

Final verdict==>I would not change one frame of this movie and it held my attention for all 2 hours and 41 minutes of its run time.  Again I have to tip my hat to the AFI list, since that's the only reason why I saw this excellent movie.

I'll write a wrap up post on what I learned from seeing all 100 of the AFI movies sometime soon and the journey is not over.  I have many more Unspooled podcast episodes to listen to and many movies that I'll be rewatching.

Where do you go in your movie watching once you've seen all 100 AFI movies?  The answer was clear.  Hubs and I have been talking about seeing The Room for a while...we took it easy on ourselves by watching the Rifftrax version.  We laughed so hard that we cried.

We followed it up with The Disaster Artist (a fictional movie about the making of The Room) which was also very good - but I think you need to see The Room first to fully appreciate it.

Meh.  I ended up ditching the book that I started last week and haven't been able to find anything good yet.

YOUR TURN: Have you seen The Room?

Posted by Birchwood Pie at 7:15 PM