Weekly Round Up: Hibernation Edition 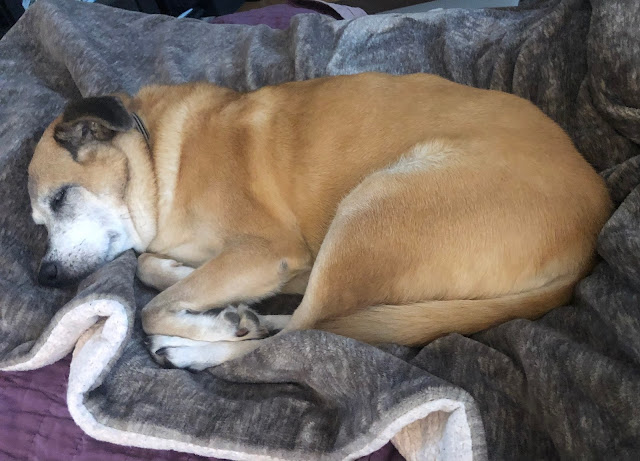 A weekly round up: eats, workouts, watches, and reads.  This week winter came in for reals and we had an epic stir fry.
Operation Hibernation
Since we last talked, we've gotten so much snow and so much cold that the only viable lifestyle right now is hibernation.  So much snow that the kids got a snow day, and so much snow that even step dog is sick of it.  Normally she loves winter, but something about the snow being as tall as her (about knee high for scale) really spooked her.  We had a night where the low got below zero, and we've had lots of single digits temps as well. 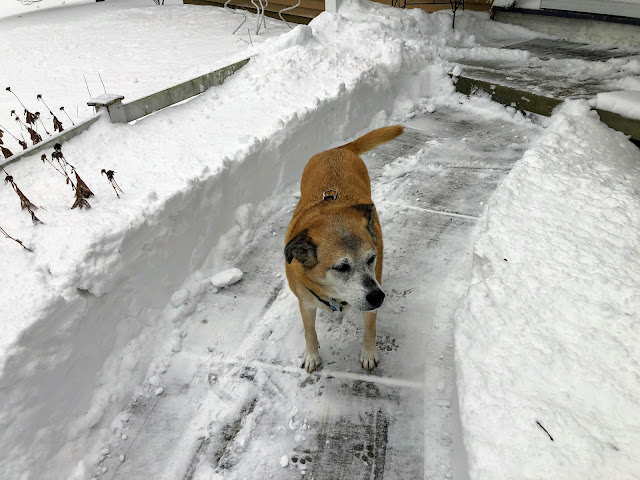 In addition to winter drama we had electrical drama.  On Thursday morning the silent alarm on my Garmin went off at gym o'clock and I wasn't really feeling it.  I considered skipping my workout, but the voice in my head said "c'mon, you're already awake, just get up and do it already".  I crept downstairs to the kitchen and turned on the light...and the light didn't turn on.  The microwave clock was out.  Huh, must be a power outage.  I crept back upstairs, and when I got to our room the first thing that I saw was the glare of my husband's alarm clock.  Hmmm....I went back downstairs.  The basement lights were working, that was a good sign.  I took a look at the electrical box and didn't see any fuses out.  What a mystery but at least I can still get my workout, right?  Wrong.  The treadmill was dead.  I went back upstairs and moved the coffee maker to a working outlet and snuggled up on the couch.

Half an hour later hubs and the boys got up and we made a proper assessment of what was going on.  There were no fuses out, but the appliances, the furnace, and about half of our lights were out.  It was below 20 degrees and the house was getting chilly.  Luckily we know of a really good electrical company, so once we got the boys off to school, hubs gave them a call.  Being a good electrical company, they didn't say "get your wallet out and we'll come over", they said "that sounds like a problem with the outside line.  Call the city"

Anyhoo, the upshot was that it was indeed a problem with the outside line so it was the city's responsibility to fix and not ours.  They came out right away and took care of us.  There's nothing like losing your heat to make you appreciate it a little more.  And nothing like losing your heat and not having to pay to get it fixed to make you feel like you came out on top.

We had an unexpected hit on the dinner front this week.  I say unexpected because I changed my mind several times about what I was going to make.  We've been on the hunt for an epic chicken stir fry.  I remembered to take chicken out of the freezer to thaw, I got mushrooms, and I got water chestnuts.  But when it came time to cook, I started having doubts about the recipe that I'd picked out.  Stir fry is stir fry, it was just a question of the sauce.  I started cooking and changed my mind about two dozen more times.  At the last minute, I remembered that when we get takeout my husband usually gets Moo Goo Gai Pan, so that was my last google.  And thank you Jo Cooks for coming to the rescue.  The sauce is basically thickened chicken broth with a splash of mirin and a splash of sesame oil, so it doesn't get any easier than that. 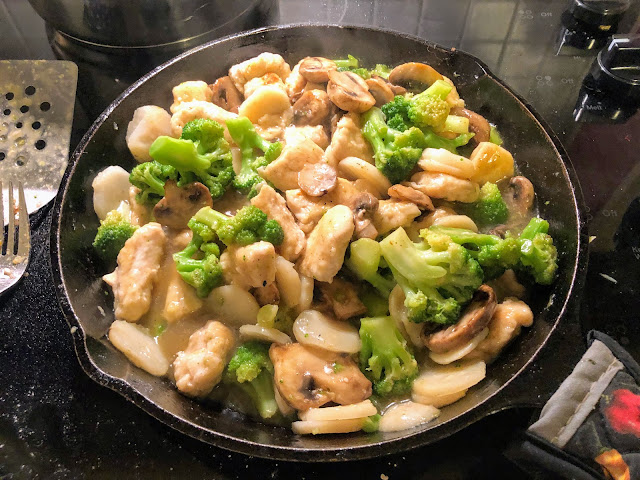 This weekend was Boy Scout camp weekend.  By rights hubs and stepson #2 are done with their COVID isolation, but we still wanted to play it a bit on the safe side, so they only went to camp during the day and came home at night, while stepson #1 stayed out the whole weekend.  As a result it was just #2 and me for dinner on Friday night, and I knew that this would be the perfect occasion to have an elegant pasta dinner.  We revisited Damn Delicious One Pot Garlic Parmesan pasta and once again==>highly recommend. 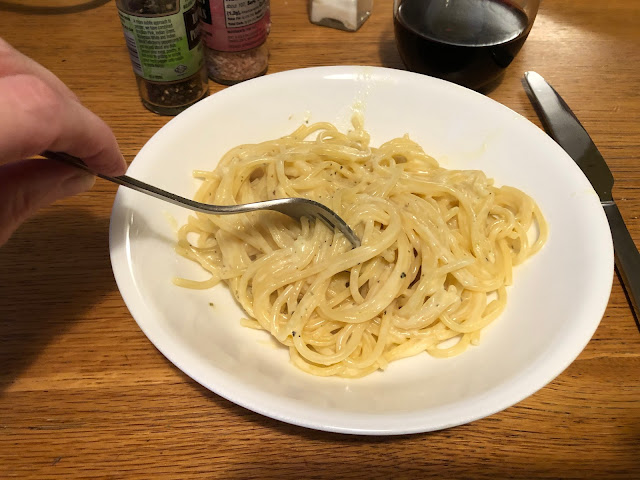 I've made my peace with being inside and on the treadmill.  I put in some extra miles this week, with a lot of speed bursts and always with a finisher at 6% incline for 100 feet of up.

My favorite workout of the week ended up being on Thursday.  That was the power outage day, which was the only morning so far in my life where both outside AND inside running were not an option.  Later in the day after the power was back I was able to step away from work and get 'er done.  I did a pattern of one minute very fast-one minute walking-one minute jogging and the time went so fast that I actually stayed on for an extra mile.

Saturday morning it was well below zero so of course it was going to be a treadmill day, but I kept procrastinating.  Around noon I took the dog out, and was very surprised that the roads were clear and that it didn't feel as cold as advertised.  For the first time this week the dog was excited to be out as well.  After we got back home I decided to bundle up and at least run a mile.  The temps were in the high teens and at first it felt harsh.  I knew that I wouldn't be out for very long, but I quickly settled into a groove and kept going.  I stayed in my neighborhood so that I would never be very far from home, and before I knew it I'd done six miles.  It was a nice change up before the next big snowstorm.

I've started looking at February races.  Surprisingly there's a 5k nearly every weekend, and even a Cupid's Undie Run in the area!  As tempting as the undie run is, I'll probably do the 5k that's on the first weekend in February.  I'll hold off on registering until I get a better idea of the weather.

From the treadmill: my AFI Top 100 rewatch of the week was the stuff that dreams are made of!  That's The Maltese Falcon and yes I've seen it a billion times before but I was due for a rewatch.  Fun fact the next time you hear someone complain about remakes: the movie that we all know and love as The Maltese Falcon was remake #2.

From the couch: Hubs and stepson #2 opted for The Incredibles for family movie night.

I finally finished The Disaster Artist and then moved back to fiction.  Currently: The Four Winds by Kristen Hannah.

My favorite winter past time...I've done both of these before. 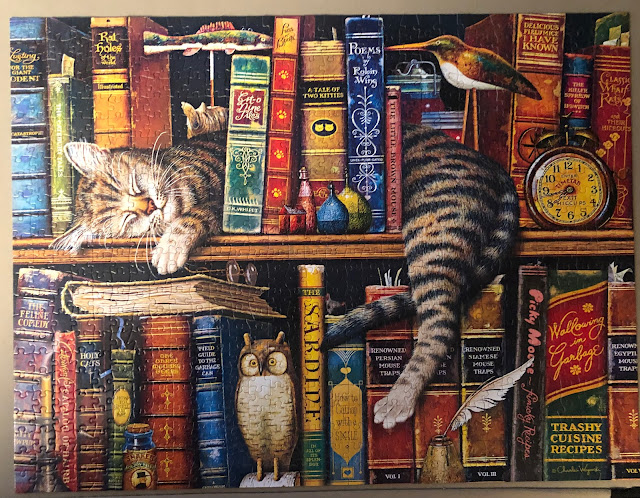 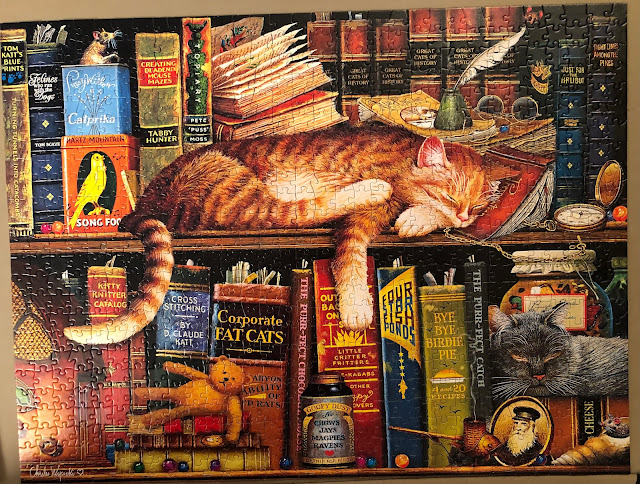 Posted by Birchwood Pie at 9:19 PM