Weekly Round Up: No Surprise 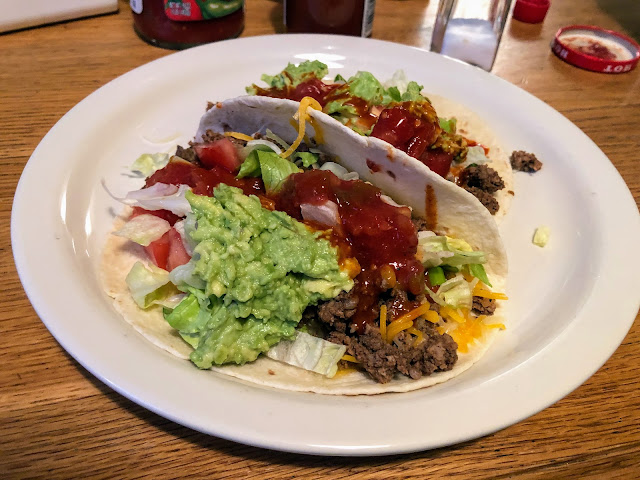 A weekly round up: eats, workouts, watches, and reads.  In this week's edition we ate a lot of tacos, I rewatched a few Great Epics on the AFI Top 100 List, I've jumped on the Wordle band wagon, and to no surprise 50% of my household got COVID.

COVID came and went in our house this week.  Basically EVERYONE has had it in the last month, so it was no surprise that it was our turn.  Hubs was the first to come down with body aches, extreme fatigue, fever/chills (though he never had a temperature), sore throat, and congestion.  Stepson #2 followed close behind with less severe symptoms.  Both of them are back to near normal now.  Another family member who was at our party last week got it as well.

Stepson #1 has an immune system of iron, so it was also no surprise that he didn't get it.  I am either lucky and/or I made my own luck by getting the booster in mid December.  Or possibly we were both asymptomatic...tests are pretty scarce around here and in retrospect it might have made more sense to test the two of us instead of the folks who had symptoms.

The nice thing about having COVID right now is that I knew that my fellas would be fine, and I was never very worried about getting it.  The only adjustment that we made was going back to pre-vaccine living conditions.  The patients stayed home, and stepson #1 and I limited our trips to the outside world to the essentials (grocery store for me, school for him and yes that's per school guidelines) with our KN95's.

My take away is that I will continue to stay up to date on my vaccines.

We started the week with leftover birthday tacos (shown above) and ended the week with chicken fajitas.  I made what should have been a meal plus two nights of leftovers for the fajitas, but with two big boys in the house, we have about half a meal's worth of food left so I'm back to the drawing board for next week's dinners. 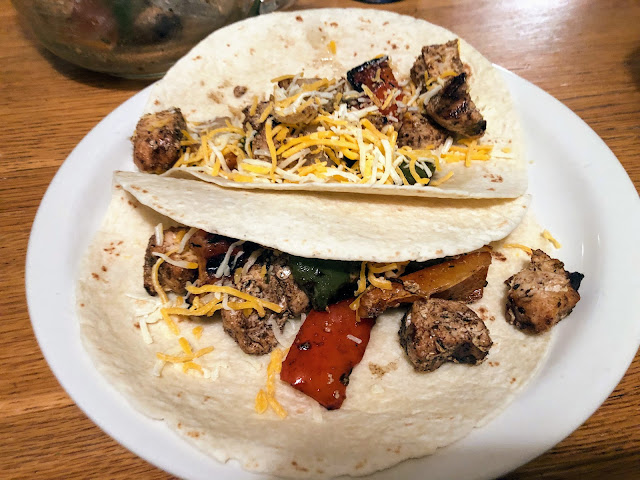 It was nasty cold this week, which made being outside very uncomfortable due to the dryness.  If I told you that breathing outside hurts right now I think you'll get the idea.  I burrowed in on the treadmill and it looks like I'll be there for the foreseeable future.  I'd gotten into the habit of ending my runs with a quarter mile at 5% incline.  I wouldn't say that it was getting easy, but it was getting to the point where I felt like I could do more, so I bumped it up to 6% which was coming out at 75 ft of up, so my next move was to stay at incline long enough to get to 100 ft for each run.  As long as I remember and as long as I don't talk myself out of it, I'll keep doing that as my finisher.

The Unspooled podcast spurred me to get in some AFI Top 100 rewatches:

Gone with the Wind.  I wasn't planning to rewatch this since I didn't have the best memories of it and you know, there are a lot of other things that a person can do in four hours.  But the Unspooled episode reeled me in, so I knocked out about an hour on the treadmill and about three hours on the couch.  Thoughts:

It kills me to say this, but I would rather have watched the last hour of Gone With the Wind over again.  I have to rate Treasure in the same class as All About Eve...just because a movie has a great one liner doesn't make it a great movie.

My final visit to AFI land was Vertigo, which I watched on the treadmill.  It's the highest rated of the four Hitchcock movies on the list, but I personally would describe it as an acquired taste.  Like coffee, I've acquired the taste but I can understand how some people might not care for it.  As far as I can remember my first impression was "I didn't need to see Jimmy Stewart as a perv" and every subsequent watch has been "ooh I get it, I like it, but half of the time Jimmy Stewart makes me uncomfortable".

My personal ranking of the AFI Hitchcock titles:
1. Rear Window
2. North by Northwest
3. Psycho
4. Vertigo
(My ranking of Rear Window over NxNW is 100% based on my mood right now...if you ask me tomorrow I might give you a different answer.  And yes I will be rewatching both of these movies very soon.  That's my final answer on the placement of Psycho and Vertigo).
And if I had to rate all of Hitchcock's movies I would have about 20 films tied for the #1 slot.  But that's a topic for another post;-)
Finally, I have done everyone a great disservice by not mentioning this before, but if you want to know what really goes on in my house, it's clips of 8 Out of 10 Cats on Youtube.  This is a hubs discovery (maybe 6 months ago?  Honestly I can't remember a time when it wasn't a part of our lives but it's been recent-ish) and anytime that we want to kill 10-20 minutes in front of the TV, this is our go-to.  Here's one example of the insanity:

If you want something a little more spicy, google clips of Jimmy Carr comedy shows on Youtube.

Over the weekend hubs and I did a puzzle together and we graduated from clips to full episodes of 8 out of 10. 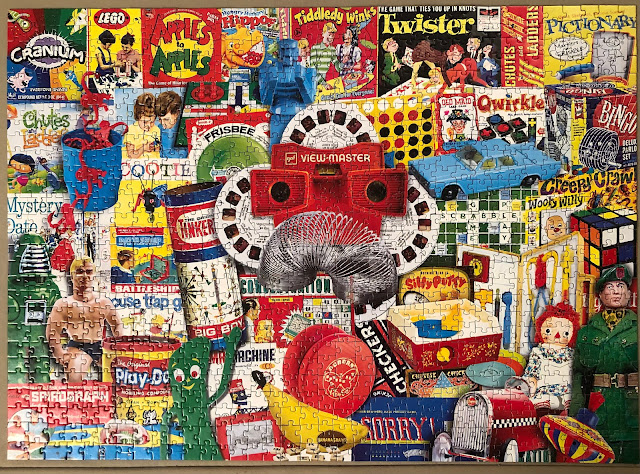 I am <this close> to finishing The Disaster Artist and yes yes yes I recommend it.

I am All In on the Wordle bandwagon.  And not ashamed to be a 6/6 kind of girl.

Posted by Birchwood Pie at 8:57 PM