Weekly Round Up: Party People! 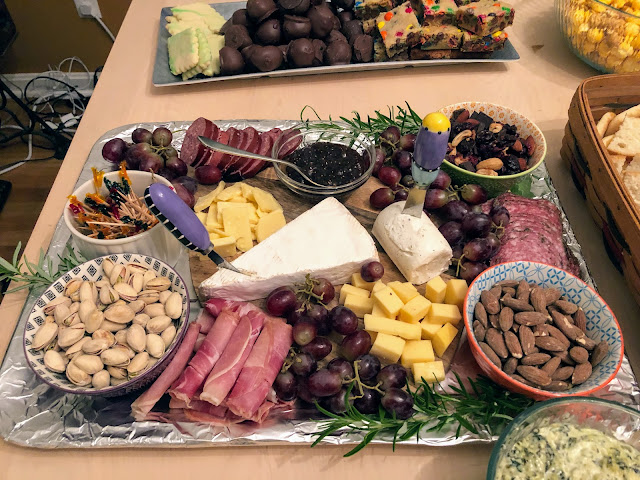 A weekly round up: eats, workouts, watches, and reads.  Since we last talked, I have been partying up a storm, I've run two 5k's less than 24 hours apart, and I ended my run streak.

Last week was one solid family party.  Early in the week the stars aligned and THE ENTIRE FAMILY came to town and we all had dinner at SIL #4's.  After that night SIL #2 and family went back to Chicago, but we had SIL #1 & Co for the entire week and we made the most of it.  We had another meetup at our house the day after that and on New Year's Eve, and then we finished the party off at SIL #3's house on New Year's Day.

Several times the conversation went toward trying to remember what we did for the holidays last year...oh yes that's right last year we all stayed isolated from each other except for the one night that a group of the adult cousins came to town.  This year we went All In.

The menus were pretty straightforward:

Dinner #1: a family friend had given us a gift card to an Italian restaurant back when my FIL passed, and we cashed that sucker in and got an epic takeout lasagna.  From there it was simple for the rest of the family to bring salad, wine, and desserts.  P.S. Costco boxed wine is a game changer for our large family gatherings.

Dinner #2 at our house: pizza and chicken takeout

Dinner #3: NYE: a potluck appetizer spread.  SIL's 1 and 3 made the epic Charcuterie board shown at the top of the this post.

Stepson #2 is a fan of bacon wrapped water chestnuts, so that was my contribution to the party.  This was my first time making them and now that I can speak with The Voice of Experience I can tell you: 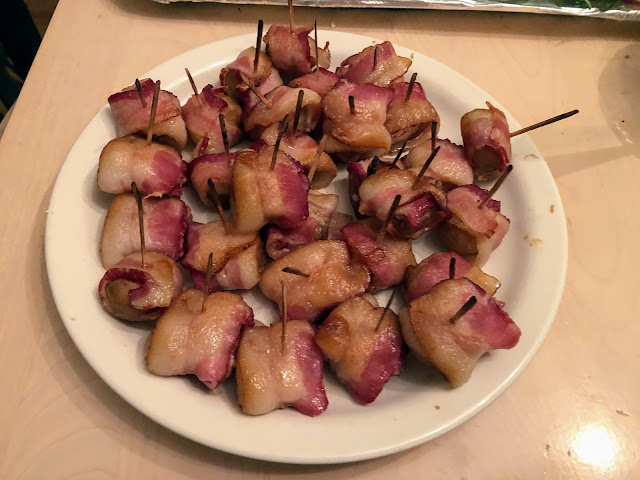 Dinner #4: was our only proper homemade meal.  SIL #3 made pork tenderloin and sauerkraut.  SIL #1 and family made dinner rolls, SIL #4 made mashed potatoes, we were supposed to bring salad but my husband forgot to tell me, and the dessert tray made its final round.

My baking tally was: an additional batch of oreo balls and TWO more (double) batches of the M&M cookies bars.

I had a request for an interior shot of an oreo ball, so here is one in a pre-dipped state.  I guess it's kind of a poor man's chocolate truffle?? 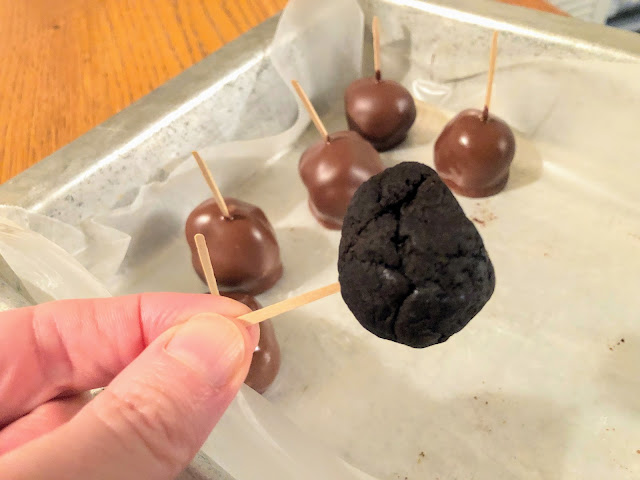 And some dipping action.  After they dry for a bit I remove the toothpicks and dab over the hole with a little of the chocolate.  It's not a professional finish by any means, but they get eaten. 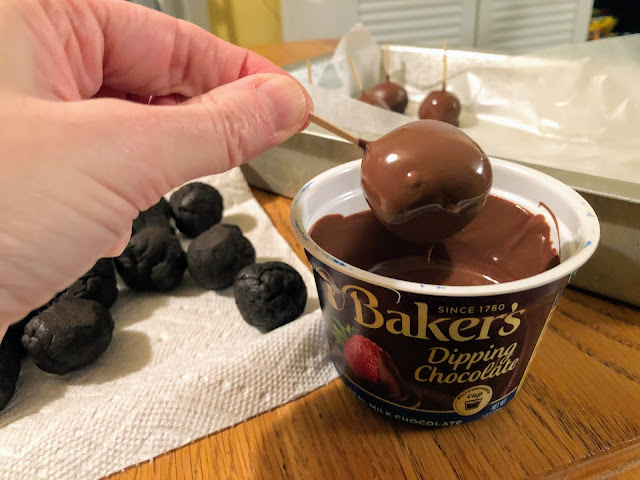 While my husband, the BILs, and the kids watched movies and played board games, the SIL's and I got some jigsaw puzzle action.  I was able to stay awake until midnight on NYE fairly alert thanks to this: 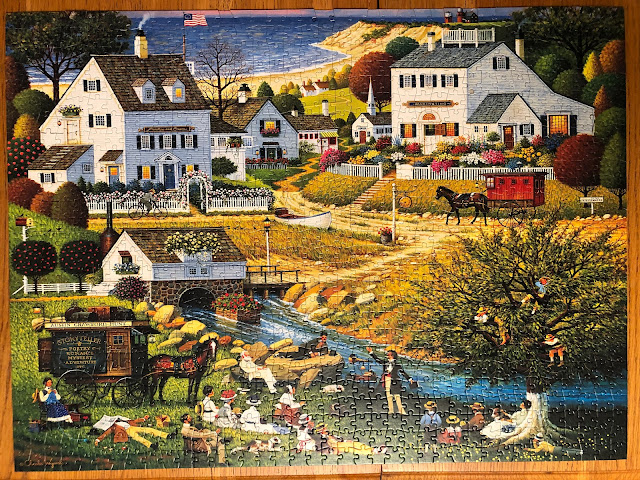 I usually get a few jigsaw puzzles for Christmas, which leads to Puzzle Season for pretty much the entire month of January.  Here's what I've been doing in my spare time, and yes it's the rare puzzle where I couldn't figure out the edges first so I had to work center outward. 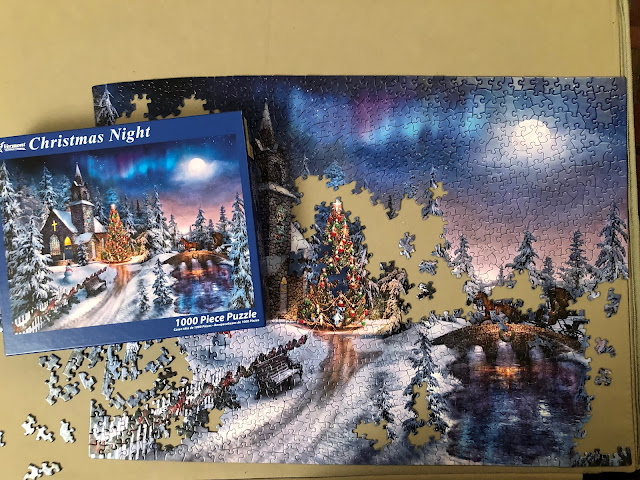 I ended my run streak in style with not one but two 5k's.  Wait, that's how I started the streak, so it was a nice symmetry.  I had signed up to do a repeat of this race on NYE some time ago, and I was looking at January races.  One thing that I really want to do in 2022 is to run at least one race each month, which is no problem from March to December, but a little tough to pull off in January and February.  The only two races were on Jan 1 and Jan 2, both 5k's about an hour from home.  At first the Jan 2 race seemed like the way to go since I know that I can do two 5k's two days apart, but I wasn't sure about running two races with less than 24 hours between start lines.  But as I got to thinking about it, the Jan 1 race was cheaper, the shirt was better, it was more convenient since it was in the middle of the day, and the weather looked better. (And no, I was never tempted to sign up for both the Jan 1 and Jan 2 races...I know my limits).

The NYE Eve race.  I was just  a little slower than my 2019 time, though the weather was awful in 2019 and ideal this year.  Happily the epic hill at the end just didn't seem like that big a deal this time around.  And...I don't know why I feel compelled to tell you this, but after all of the races that I have run, this was my first time seeing a runner pull off the course to throw up. 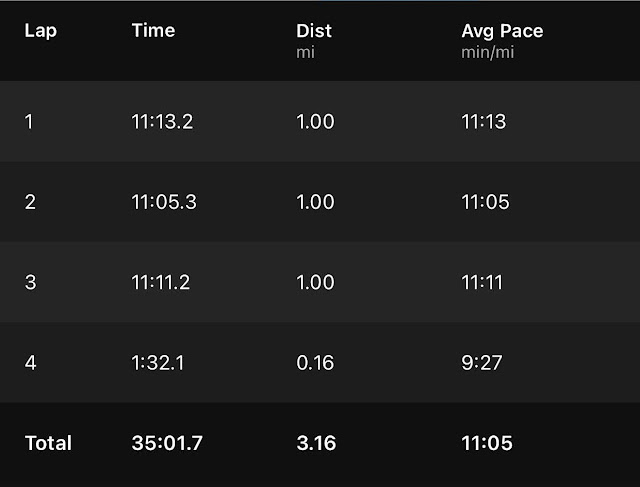 The NYD race was quite a distance away from the NYE race.  And yet I was in good company because I saw another runner wearing the NYE race shirt.  This race was way out in the boondocks and had a very relaxed vibe.  While technically I wasn't faster since the NYE course was longer, I did pull off negative splits so boo-yah there and boo-yah because another runner told me afterwards that he paced behind me and tried to pass me at the end but couldn't.  I really liked this race, so even though it was a haul to get there, I think I'll be back next year. 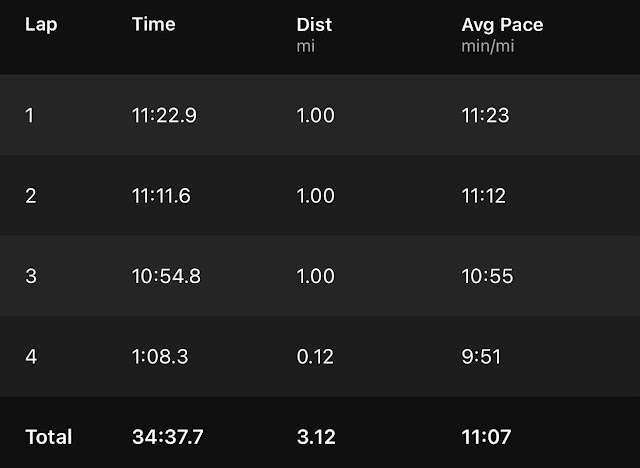 The next day I sat down and wrote up my annual running recap, and that's when it dawned on me that it was time to let the streak go.  It's been fun, but it's not in line with my other running goals, and I can't come up with a reason to run every single day until...when?  The rest of my life?  Until that one random day two years from now where I travel/get sick/sprain an ankle/[insert other life event here]?  Will I do it again next winter?  Absolutely!

I've continued to listed to the Unspooled podcast and built up quite a list of movies that I haven't seen in a while that I want to rewatch.  As soon as I heard the episode on To Kill a Mockingbird, I had to drop everything and get it watched ASAP.

On the podcast they talked a bit about the difference between seeing a movie because you want to vs "having" to see it because everyone on the planet has had to watch and or read To Kill a Mockingbird for school at some point.  I remembered it as being "good in a mandatory sort of way", but I remembered absolutely nothing else.  Well hold that phone...this movie is pitch perfect and worth a voluntary revisit.  I will probably hit up the book sometime soon (how convenient that someone else in my house is reading it for school right now...the cycle continues).

I finally finished When Heroes Fly.  It ended up having a Lost kind of vibe that I wasn't expecting (not a bad thing, just a "huh I haven't seen a Lost kind of vibe show in a while" thing).  While the story only needed one season, I kind of wish that there was more since I got attached to the characters.

I never did finish the book that I started before Christmas.  My checkout time ran out and the further I got the less interested I became.

Currently: I've seen the movie and now I'm reading the book!  Hubs got me The Disaster Artist for Christmas and it is a riot.  He also got Yes, I Directed the Room, so we'll be doing more of a deep dive into "The Citizen Kane of Bad Movies".

Posted by Birchwood Pie at 9:42 PM