Weekly Round Up: Acronym Edition 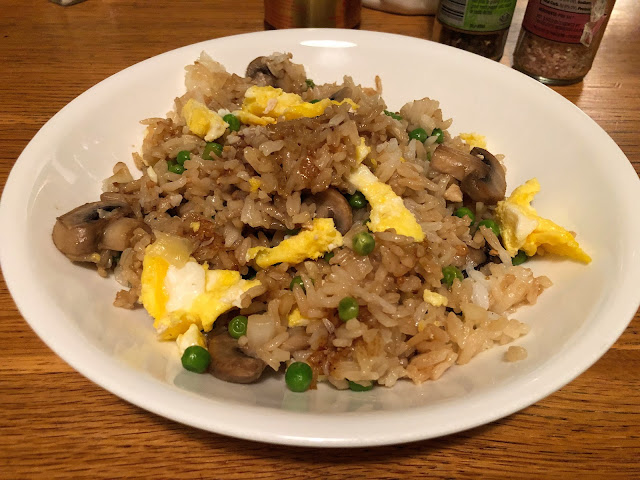 A weekly round up: eats, workouts, watches, and reads.  In this week's edition I have a story of Costco ESP and I'm going to think out loud about a work situation and ask WWYD.

We really didn't do anything special on the food front this week, apart from me making a giant vat of fried rice (very loosely inspired by this recipe) for Sunday dinner, so let me jump right in to my amazing ESP skills.

A Tale of Costco ESP

This weekend my husband and stepsons went off to the woods for Boy Scout camp, and stepdog and I lived large.  I won't name names but one of us had ice cream for dinner one night and the other got to sleep in the bed instead of having to move down to her doggy bed at lights out.

My only adult responsibility this weekend was a trip to Costco.  I was reaching for a bag of normal beef jerky when the Korean BBQ jerky caught my eye.  I debated because I was interested in trying it, but it was a gamble since my jerky consumption is pretty low and there was no guarantee that the rest of my family would be in to it.  But in the end I decided to treat myself and found that it was very delicious. 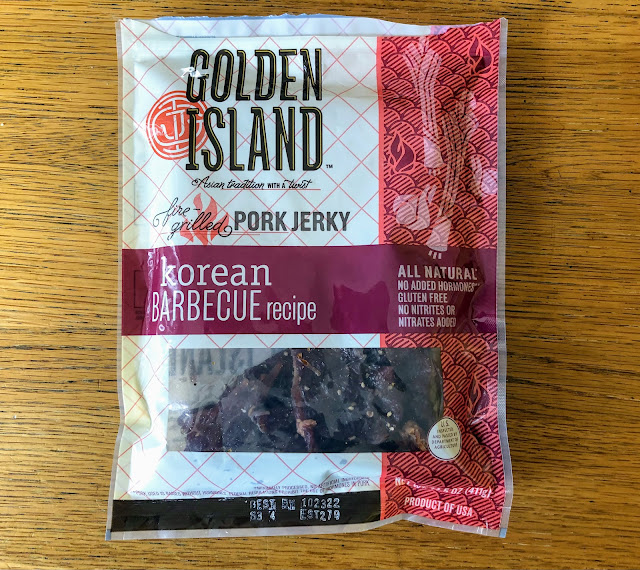 The next day the fellas came back from camp and I found out what the adults really talk about when the kids are out of earshot.  My husband said that he and another one of the dads were talking about their favorite Costco products, and the dad said they had this amazing pork jerky.  I walked my husband in to the kitchen and handed him the package.  And sure enough the whole family loved it and it's going fast.  He texted the other dad to let him know that I was psychic.

Aw yiss, it's the return of the "Bad Career Advice" tag because I have a work situation that I need to talk out.  If you're new here, my job is that I pay people.  I'm an accountant who specializes in payroll.

I've only been at my current job for six months.  There are some things about it that are really good, with #1 being a great boss and a great team.  But the company is smaller than I'm used to and I'm starting to get restless.  Also it's about 90% accounting and 10% payroll (translation: 90% boring and 10% fun).  My plan has been to appreciate the good, brush up on the bullet points that this job adds to my resume, stay for about a year to look respectable/become eligible for company stock, and then take my time in moving on to something else.

Two weeks ago a recruiter contacted me on LinkedIn.  This was direct recruiter, and I don't get a lot of those, and the company is a legit player in the startup world.  I talked to the recruiter and told him that I really wasn't looking to move on but that I did like what I was hearing about his company.  He asked me what I was looking for money wise, and I named my dream number thinking that would be the end of the conversation.  Instead the response was "let me get your info to the hiring manager".

I was feeling a little bit bad for "cheating" but the next day I had an awful conversation with my current employer's HR.  No, no, not that kind of a conversation...it was a kickoff meeting for a project we're doing together.  When I asked the HR Bigwig for her input, she launched into a tirade about everything that she hates about the company.  It was quite spectacular and like nothing that I've ever seen before, and well, kind of a problem considering who she is.  Her meltdown completely flipped the switch from me not really being serious about the other job to being as serious as a heart attack.

I talked to New Job's supervisor and an HR Manager this week.

I have more interviews next week and get to meet more people. While I think that the most likely outcome is that I won't get the job (if the recruiter found me he also probably found a million other people), but having this opportunity come out of nowhere has been a fun way to let off some steam. And having written this all out, the HR Bigwig's meltdown isn't relevant, but the fact that I'm bored is.

Nothing special. I was able to get outside to run once this week and that's all that ask from the fitness universe right now.  In theory I've started half marathon training, but the "long run" for week one was only five miles so I hit the target.  I'm using this plan for my long run distances and doing whatever I feel like doing the rest of the week.

I took advantage of my single girl time this weekend to get caught up on Love Is Blind.  I'm on a clifhanger until the finale comes out next week.

My husband and I met online, so of course we had to see Tinder Swindler.

I finished The Maid.  My final verdict is yes, it's a fun book and I'd recommend it, but I can't shake the Eleanor Oliphant ripoff feeling (please hold the phone on that since I'm going to reread Eleanor soon to confirm).  I guess I was expecting an Ah-mazing knock your socks off book and I got a merely good book that's fading in my memory very quickly.

Next up: historical fiction about one of my favorite authors!  For those who don't know or who may have forgotten, in 1926 Agatha Christie went missing right after her husband told her that he wanted a divorce.  A national search was launched and her husband was a suspect in her disappearance.  Eleven days later she was found alive and well at a hotel registered under her husband's mistress's name.  Her story was that she'd had amnesia, no one could prove that she didn't, and no one really knows what really happened.  The Christie Affair recounts all of this, told from the viewpoint of the mistress.

Your turn - WWYD in my work situation?  Stay in the safe but boring job (with the Disgruntled HR) or move on to the bright shiny new thing?  Have you ever seen an HR Bigwig lose it?

Posted by Birchwood Pie at 8:17 PM