Weekly Round Up: Easter 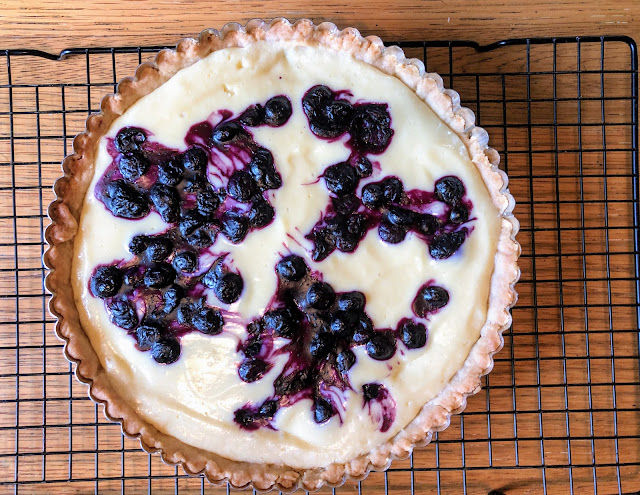 A weekly round up: eats, workouts, watches, and reads.  This week we had an epic family Easter brunch, celebrated a very special birthday, and I've got my next Big Fat Hairy Running Goal.

After two years of COVID Easters with just the four of us (2020 here and 2021 here) all of the in-town family came over to our house for our traditional Easter brunch. 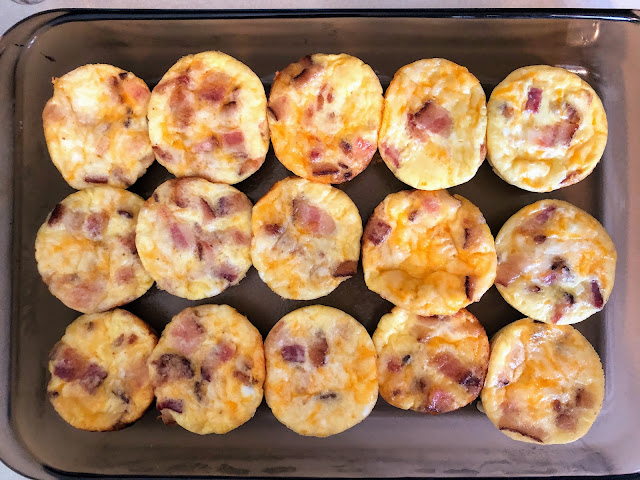 I also made the epic lemon blueberry tart that we made last year - no we don't *need* it with all of the other food but we sure want it. 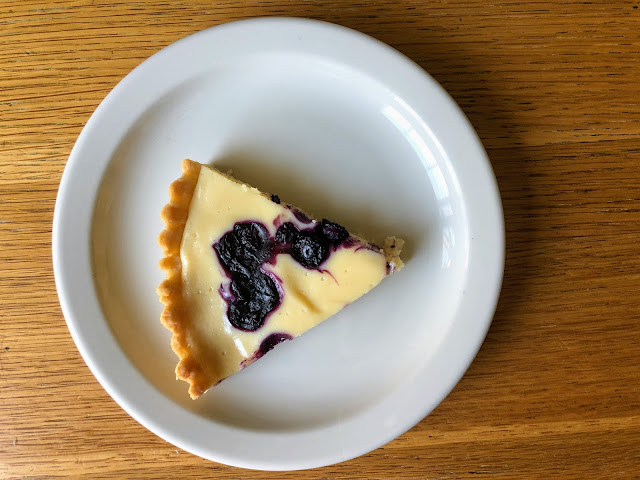 We also celebrated a Very Special Birthday.  The youngest (or oldest depending on how you look at it) member of our family turned 10.  The official story is that stepdog's birthday is on Easter, so it's a double duty holiday for us.  It was a day full of her favorite things: w-a-l-k-s, being the center of attention at a family party, guarding the ham, and protecting us from a vicious squirrel attack. 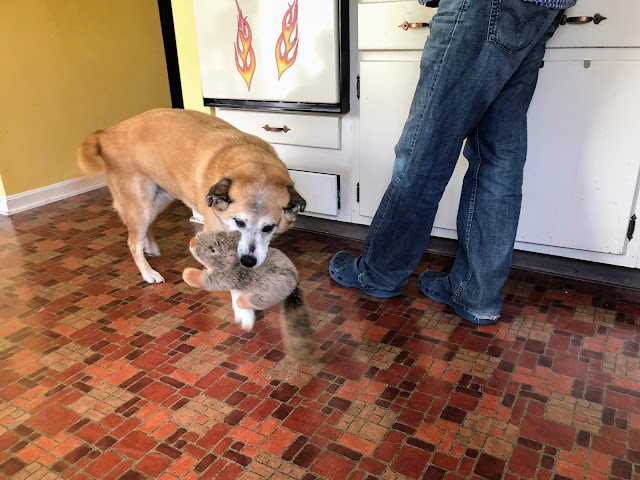 Workouts and the Announcement of a Big Fat Hairy Running Goal

I was pretty tired after last week's race so I took it on the easy side during the week.  On Saturday I bagged my last long run of this half marathon training cycle, which was a mere 8 miles.  It was alright.  Not fabulous but it got done.  Half marathon #9 is next weekend and I haven't decided if I'm looking forward to it or dreading it.

I've been in a running rut and going through the motions for a while and now I'm ready to make a move and start working toward something again.  Once the half is in the bag I'm going to take after my Big Fat Hairy Longtime Running Goal of running a sub 9 minute mile.  You know, the thing that I've wanted for years that I've just never found the time to train for.  There is a one mile race in my area in late June, which gives me a good bit of time to go after it.

My mile PR from 2020 is 9:08, last year my fastest mile was 9:25, and my fastest 2022 mile so far was 10:55 on New Year's Day so yes I have been going in the wrong direction on the speed but there is nowhere to go but up.  Next week I'll start figuring out what "fast" is for me right now and how to get from where I am to where I want to be.  If nothing else it's fun to have a goal again.

From the treadmill, I am deep into season 6 of Outlander.  So far I feel like this is kind of a "filler" season with lots of flashbacks and not a lot of story yet, but hey it's Outlander so we'll take it.

On the AFI Top 100 side of things, I heard the Unspooled podcast for Sullivan's Travels this week and found the time to rewatch the movie.  It was on my "I've seen it but it's been too long and I don't really remember it" list.

It's about a Big Deal Hollywood Director who is famous for making fluffy comedies but wants to make a Big Important Drama called "O Brother Where Art Thou".  And yes it's an inside joke that the Coen brothers later used the title.  Finally cleared to make his dream project, the director goes undercover as a hobo so that he can see what the world is really like and gets more than he bargains for.

The Unspooled take is that they love Preston Sturges (the writer/director) but they're not sold on this particular movie being on the AFI list.  Their #1 complaint is that there is something inherently condescending about rich people trying to show how rough poor people have it and Hollywood insiders complaining about Hollywood.  I agree 100% - this movie falls somewhere on the OK-to-good scale for me.  I also think that it benefits from the Veronica Lake Effect, which is that every Veronica Lake movie is a good movie by definition because it has Veronica Lake in it - yeah she was more than just a hairstyle.  I don't think that this is a bad movie at all, but if I were up to me I'd swap it for This Gun for Hire (Veronica Lake + a better movie to start with).

For family movie night, we kicked it back to the 80s for Revenge of the Nerds

(1) this movie would never get made today
(2) we enjoyed it very much
Reading
I finished the last lick of Hideout by Louisa Luna and the ending was very satisfying.  I  haven't picked out my next read yet.
Puzzling
The rest of Nighthawks came together faster than I thought it would.  But then I noticed that the left side of the picture is cropped for the puzzle...in the original painting more of the building on the left is shown.  I mean fine, all that we really care about is the people in the diner anyway but what the heck? Werk
Nothing to report on the job search front.  I didn't make it to the second round of interviews with Thing 2, which is no loss.  There's nothing else in the hopper right now.  It was a quiet week at my current gig which was a nice change.

Posted by Birchwood Pie at 7:43 PM