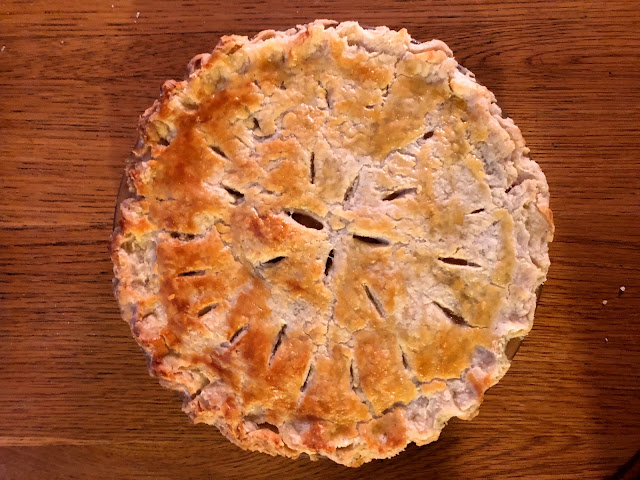 A weekly round up: eats, watches, and reads.  In this week's adventures, I set aside my go-to apple pie recipe and tried something new for our "double pie" Sunday dinner.  Random TV watching and books ensued.

A lot of eggy things. 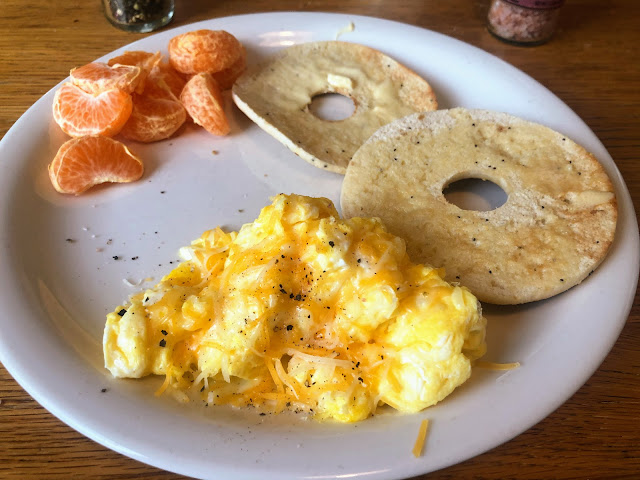 Some eggy things happening here as well.  I hit up my freezer stash of breakfast potatoes and topped them with salsa and eggs. Then I moved on to The Girl Who Ate Everything One Pan Chicken Fajita Rice although in my case it was "black bean fajita rice" since I'm in something of an anti-chicken phase.  My top secret shortcut for this one is to use a cup and a half of Trader Joe's fire roasted pepper and onion mix in place of fresh onion and bell peppers (assuming that you would like to spontaneously make this with ingredients already in your house). 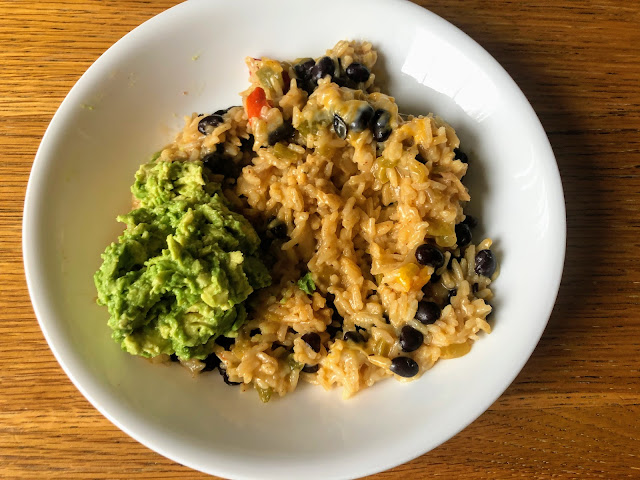 Monday: leftover cleanup.  Hubs and I had leftover chili mac.  Stepson #1 had the last portion of chicken rice casserole from the freezer.  Stepson #2 had leftover pasta pepped up with a little butter and onion powder and chicken nuggets. 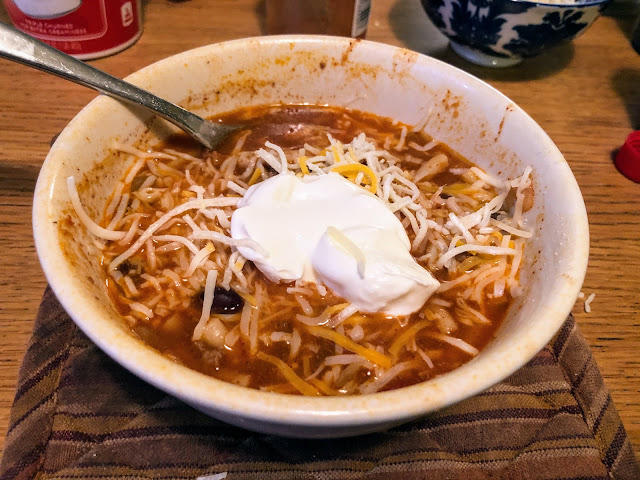 Tuesday: the menfolk had mac n'cheese and a rotisserie chicken.  I had the last portion of chili mac.

Wednesday: the menfolk had leftover rotisserie chicken and rice.  I had the very last portion of spinach artichoke pasta. 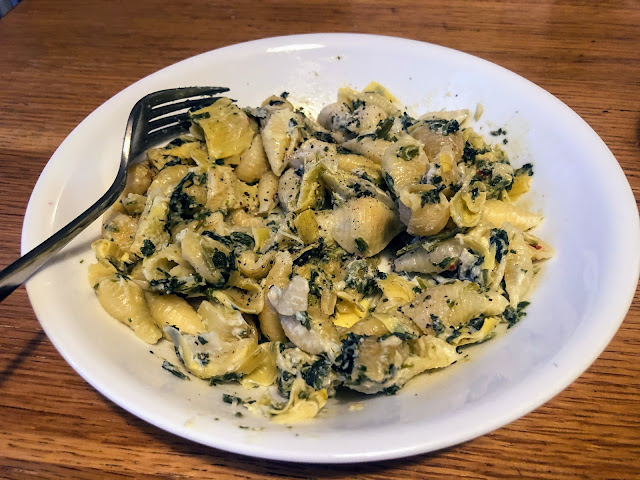 Thursday: report cards came out, and to not brag but we had Chipotle for dinner so I'm kind of bragging.

Friday: date night!  We got takeout from the Lebanese place

Saturday: date night 2!  We got takeout hamburgers from the Italian place.  Seriously our local Italian spot has very good burgers and as we learned that time we went there on St. Patrick's Day they have very good Irish food as well.  There is nothing that our local Italian spot can't do and wow that seems like a thousand years ago when we actually ATE at the restaurant instead of picking up food there.

Sunday: Pie Squared.  I pulled out all of the stops and made Shepherd's Pie and apple pie. 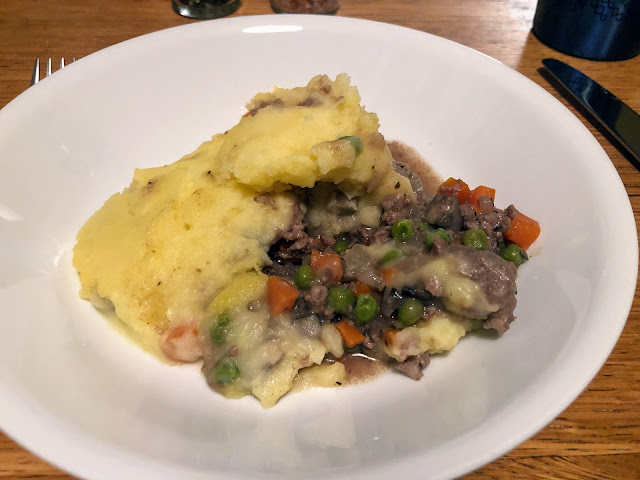 My go-to apple pie is a Hungarian apple pie with a single crust and a crumb topping, and it's wonderful BUT it was time to change things up.  In the first place, single crust pies are wonderful time and calorie savers, but we wanted to splurge on a double crust pie.  Another pie recipe had come to my attention and with a name like that we just had to try it. 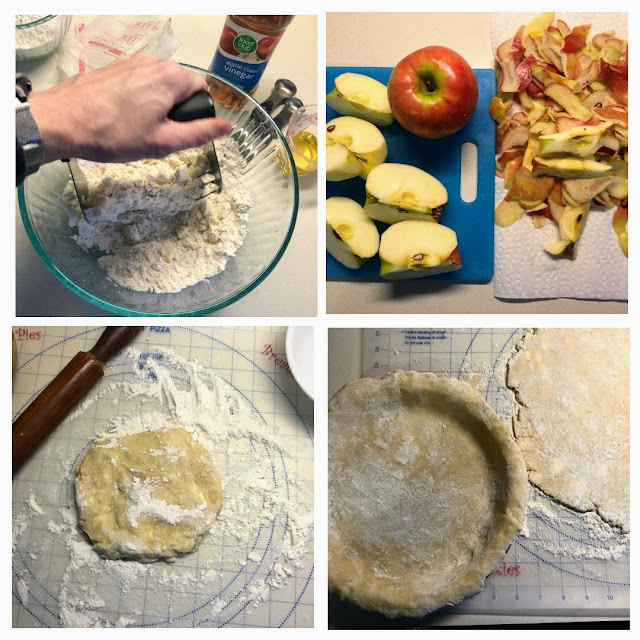 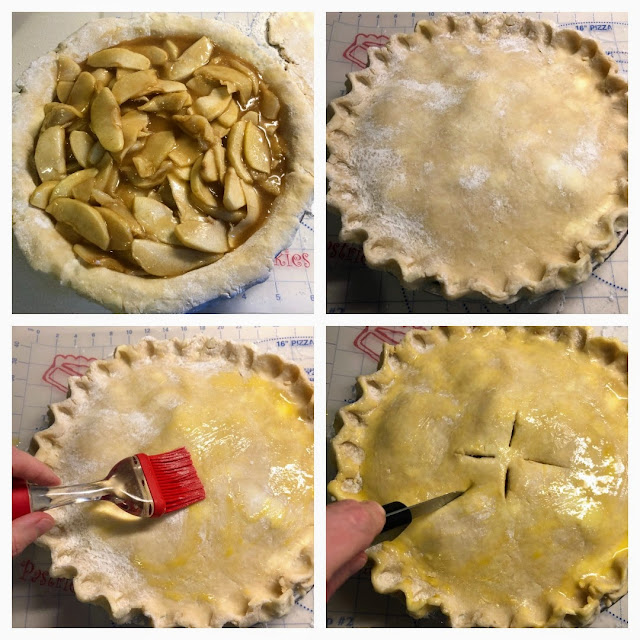 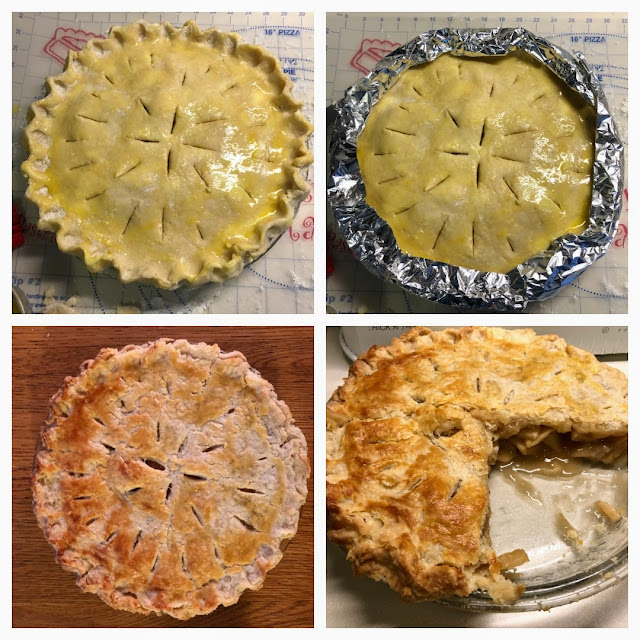 Hubs and I took advantage of our kid-free weekend to watch more High Maintenance on HBO.  I talked about this a few posts back, but it was a web show that we saw a long time ago that got picked up by HBO and made it into the big time.  A few weeks ago we rewatched the web show and saw the first few episodes of the big time show, which were good but not as good as the web show.  This weekend we were just looking for anything to watch so that's why we came back and all of a sudden WOW!  The big time show got really good.

P.S. If you are curious, I have never ever not once in my life tried the wacky tobaccy...I just appreciate pot humor.  And it's a good show.

For my solo viewing, I'm still cranking away at season 5 of Outlander on the treadmill (at this point the boys are old enough that there aren't too many shows that we won't watch with them around.  High Maintenance and Outlander are about the only exceptions that I can think of)

For my couch viewing, I turned to Hoopla (free from the library) and ended up with Mystery Road, a nice quirky Australian mystery that should keep me busy for a few weeks.

P.S. if you like quirky Australian TV my recommendations are Glitch, Wanted (both on Netflix) and A Place to Call Home (the first four seasons are on Hoopla for free, otherwise you're looking at Acorn).

I finished One by One, which ended up being...OK.  I'd steer you towards any other of Ruth Ware's books first.  Currently: The Talented Miss Farwell by Emily Gray Tedrowe and so far so very, very good.

Posted by Birchwood Pie at 9:41 PM