Weekly Round Up: A birthday and an air fryer reheat 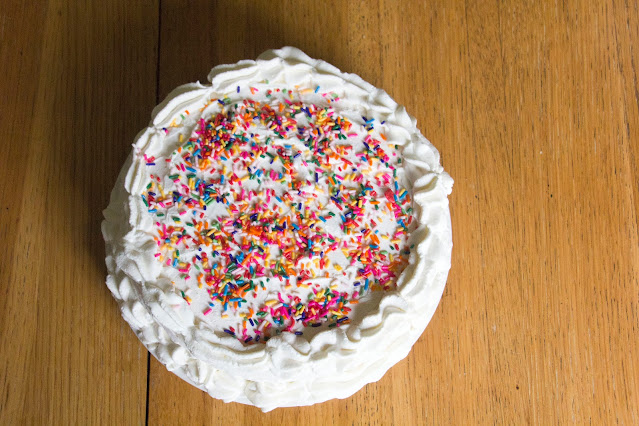 A weekly round up: eats, workouts, watches, and reads.  In this week's edition we celebrated a Very Special Birthday and reheated steak in the air fryer. 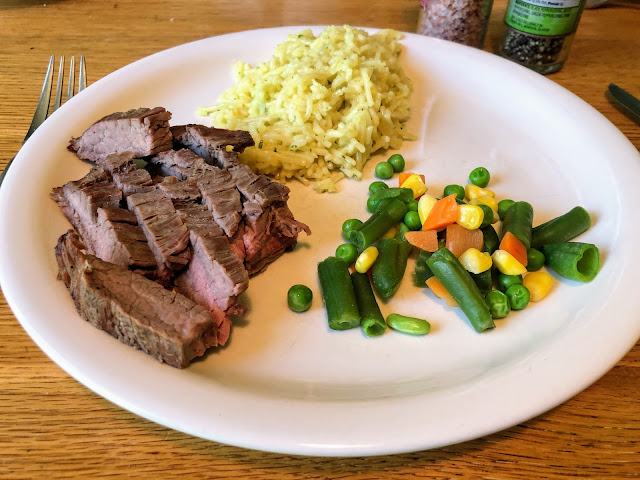 I never get the quantity right when we have steak.  Sometimes two pounds feels like barely enough for the four or us, so last Sunday I cooked up three pounds and it felt like we had most of it leftover.  Leftover steak is not anyone's dream meal, so I decided to see if the air fryer had any magic to offer.  It did a decent job of bringing the steak back to life.

On Saturday we had the family over for a certain stepson's birthday, which meant our standard ice cream cake. 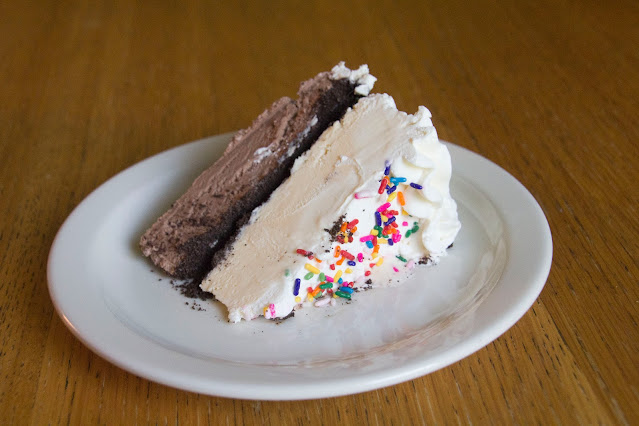 Tuesday: speed work attempt with 0.25 miles fast/0.25 miles slow x4.  Next week I'm going to up this to half mile repeats at a slower speed.

Thursday: a repeat of 0.1 miles as fast as I can/0.2 miles slow...next week I'm upping the reps to 0.15 miles to see if I can hold the speed.  This was a really good run, so much so that I extended my cool down by an extra mile because I didn't feel like stopping.

Friday: yikes, it was super hot so I folded after 3.25 miles.

Saturday: it was even hotter so I took it to the treadmill for 10k.  I didn't mind as much as you would think since season 6 of Outlander has gotten really good.

Sunday: it was still really hot, so I decided to do a short run just to keep my toe in the water.  3.25 miles and I was very glad to be done.  While I will not be pushing myself to do long runs in the heat like I did last year I still want to poke around a bit and see if I can hack short runs in the heat.

Stepson #2 came across The Good The Bad and The Ugly Theme on Youtube and demanded to see the movie ASAP.  To refresh you, the hubs and I saw this a few years ago, and when he suggested it my gut reaction was "I don't like Westerns and I don't like 3 hour movies and this movie is both of those things but I'll go through the motions" and I ended up loving it dearly.  In general the stepsons are at the stage of life where they would rather do anything but watch TV with us so it says a lot that #2 suggested the movie and was glued to the screen right along with us for the entire 3 hours.

Another thriller from this list.  What's a girl to do when her father was a serial killer and 20 years later he's in jail and she's living her best life and someone starts copycatting his killings?  For these answers and more check out A Flicker in the Dark.  I'd rate this lower than the first two titles that I picked off this list, but it's holding my attention and that's all that I need from a book.  I'm not the greatest a solving mysteries but I'm pretty sure that I've figured out the bad guy right from the get go.  I'm halfway through so we'll see if I'm right.

Talking to the supervisor at Bachelor #3 was like looking at a mirror.  She has exactly the career that I want and has a long history of working for startups.  The company size is projected to double this year so she needs to take the team from one person to two people and she wants someone who knows everything about US payroll with more of an accounting background than she has...yes I resemble that.  The only red flag is that she never asked about compensation.

Without going further in the interview process with either company there's nothing more to say than both seem equally good:

Current status: sitting back and waiting for either or both of them to hit me up with an invite for a second interview so that I can meet more folks.

Meanwhile at the current gig, my mood flips on a dime - some days I feel like I'm getting paid to watch paint dry and other days things there are some interesting things happening.

That's all for this week!  Thanks for hanging out with me.

Posted by Birchwood Pie at 9:31 PM