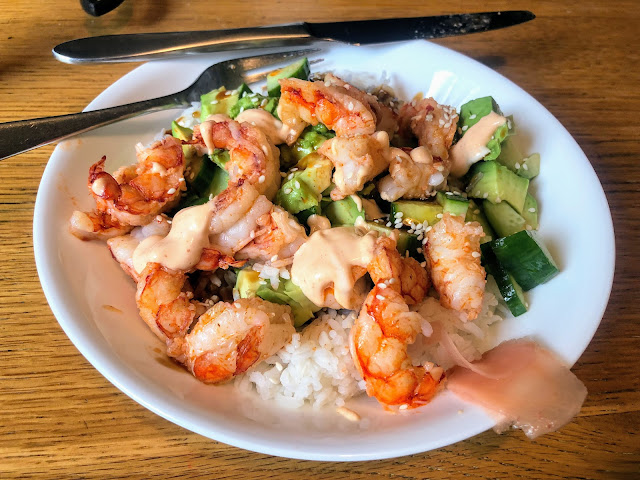 I'm one week away from being employed again and the time has gone fast.  Last week was largely taken up by studying, so I'm only a few days into the "fun" phase.

Even in unemployment, I'm still on a pretty tight schedule.  I did have lofty ambitions to actually "do something" with my time off, such as doing some locally touristy things that I've always been meaning to do, but I've gotten over it.  As it is I'm working my way through a couple of cleaning projects and have taken on a few kid things that have come up during the workday.

Tonight's dinner was inspired by my weekend visit to Costco, where they were giving out samples of Tortilla crusted tilapia.  I liked it, but the rest of the family thought it was "a little spicy".  I continue to be pretty uninspired by everything in the kitchen, and I anticipate a fall schedule of cooking a few times a week and then turning our early dinner weeknights over to the hubs for mac n'cheese magic. 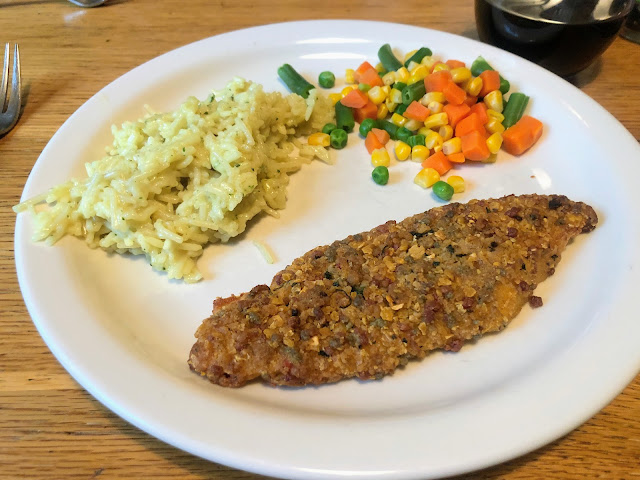 Speaking of uninspired...running just isn't doing it for me these days.  On the one hand I don't take this too seriously because I always feel like a train wreck this time of year but on the other hand I do feel like I'm putting more in than I'm getting out.

For the first few months the novelty of having a coach was really nice - all I had to do was follow the plan and I never really had to think about anything or make any decisions.  My long runs were on a cycle that ranged from 8-11 miles: ex run 8 miles, next week run 9 miles, next week run 10 miles, next week run 11 miles, next week run 8 miles.  This was a really hot summer so at first when I was faced with Saturday after Saturday of "it's too hot to run",  I would try anyway and end up getting my distance and felt like I was gaining endurance.  But then the 2nd week of August it was hotter than ever and I ran more miles than ever and finally cracked.  There was one really hot workout where I felt so bad afterwards that I told my coach that I needed to cut back until things cooled off.  The next week we went on vacation and we all got colds, and I ended up taking 6 days off of running, my longest break in FOREVER.  When I came back, I just never really came back.  I got another 10 miler in and folded the next week on 8 miles into 11.  Last weekend I had 8 miles and forced myself to finish but it was one of the most miserable runs that I've ever had.

Add to that the "unfixables".  (1) I have a problem running in heat, with "heat" being defined as "some unknown combination of temperature, humidity, and sunlight that can set in anytime it's over 60 degrees".  We had weeks on end where the nightly lows never got below 70.  At first salt tablets seems to help and then they didn't.  Getting a hydration vest seemed to help and then it didn't.  Then I tried Skratch and I felt like I finally had the Holy Grail and then whomp whomp Skratch failed as well.  (2) I can't figure out the nutrition side of things. (3) I've gotten slower over the course of the summer.

With all of this combined, running is just not sparking joy.  If something as simple as an extra hot summer plus six days off can trash a training cycle then I'm done.  Yes I'll show up and presumably get to the finish line of my half marathon this weekend, but my heart is not in it.

Where do we go from here?  I'm not going to stop running, but I will be cutting back.  I'm stopping coaching for the time being.  For the first few weeks of my new job, I will need to start work earlier, so it's looking like very short treadmill runs for the time being.  I will also not be following the 80/20 rule, since I feel like all of the long, slow, anything-but-easy miles this summer have ground me down as well.  I don't think I'll go back to being a treadmill power walker or anything drastic like that, but it's certainly an option.

I have another half marathon in late October, c/o a COVID reschedule, and TBD if I show up or if I drop to the 10k (decision pending on how bad this weekend's race is plus how things shake out after that).  After that I'll probably do my area's shorter races (Turkey Trot, Christmas 5 miler, etc).  I did sign up for another half next spring - it's a not-too-far-away marathon that was offering all distances for $26.20, so I couldn't not sign up for it, but I'll ditch it in a heartbeat if I don't feel it.

Whatever the future holds, I will not be running in "too hot" conditions anymore, which means that the treadmill will need to stay in play year round.

Whew, on to a lighter topic! I started the LuLaRich documentary and it is everything that I hoped it would be.

Hubs and I have a wealth of shows going right now: What We Do in the Shadows, Simon and Simon, and our latest is Black Books.

Still working on The Last Girl by Jane Casey.

Posted by Birchwood Pie at 7:35 PM