Let's Catch Up: What's Up With My Job 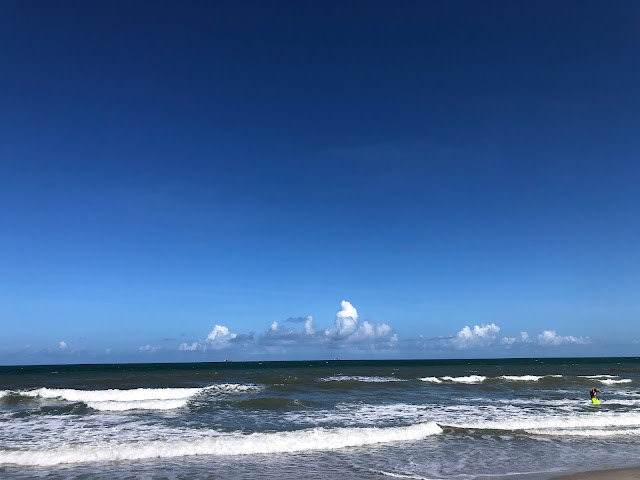 We have so much to catch up on: food, running, movies, books, vacation, working with a dietitian...I have a ton of stuff to unpack on the blog.  I guess I'll start with the biggest news item: for the next two weeks I am FUNemployed!  I'm starting a new job at the end of this month.  Yes another one.  I've been quite the job hopper this summer.

I was so desperate to get out of my awful job that I didn't ask enough questions about the new job.  The TL&DR version of this post is that I made a mistake and I fixed it.

As a reminder, the new (now old) gig was at a startup with many people that I'd worked with before and trusted.  There were a few questions that I didn't ask beforehand like "hey, it's great that you said the benefits are awesome, can you give me the plan information?" and "by any chance does this job require working until midnight a few nights a month?"  I found out about both of these deal breakers on the first day.

If I had gone to work at a company with people I didn't know, of course I wouldn't have accepted the offer without knowing what the health care premium costs were, and of course we would have looked at my husband's benefits beforehand and known that they were even worse.  You know it's bad when COBRA from my previous job was the cheapest option for us.

Confronted with two deal breakers on the first day, I started my job search on my 2nd day.  Seven weeks later I got another job offer (with benefits presented with the offer letter) and let my peeps know that I appreciated them bringing me in to the business but the health care costs were really going to cut into our college savings fund and working until midnight, even if it was only a few days a month, is kinda extreme.  My coworkers didn't seem at all surprised when I quit and everyone was very nice.

P.S. there was something way worse than the benefits and the hours...the job was so boring.  On the one hand I'm not at my best sitting around the house doing nothing and it's always nice to have a paycheck, but there were many times when I nearly quit without having something else lined up out of sheer frustration with the monotony.

For this job search, I didn't put the oopsie job on my resume or on LinkedIn.  I just showed my end date from my long time job of July, and said that I'd left because my old job was being phased out and I chose to leave after completing a major project and that in the meantime I was doing some bookkeeping for a startup so that I could take my time with my job search.  No one batted an eye.

The new gig is pretty exciting.  Fancy job title, remote, good pay & benes, a nice mix of things that I do well and things that I want to learn.  The part that could go either way is that I'm the first and only finance person in the US - which could be very good because I like working independently, and it could be very bad because I'm the only one and the rest of my team is overseas...I'll keep you posted;-)

Many years ago now I started a new job and by the end of the first day I knew that it wasn't going to work out.  But I'd heard all about those job hoppers and how no one wanted to hire them.  So I stuck it out and was completely miserable for six months.  Then I came to my senses, started a job search, and found a wonderful job that led to many years of work happiness.  This time when I knew it wasn't going to work out on the first day I skipped the "completely miserable for six months" part.  I don't know where the "job hopping" stigma came from, but I'm here to do my part to bust the myth.

Are you a job hopper or a "lifer"?  Did you ever stay in a bad job just so that you wouldn't look like a job hopper?

Posted by Birchwood Pie at 8:24 PM